Hi, nice to meet you. My name is Zun Zun and I work in an office in Singapore.

You may expect a woman working abroad to be:

I am totally different!!!!

My parents were born and raised in Japan. I received an education in a school where boys were killing each other. I graduated from a middle ranking university and then… a miracle happened.

I got a job offer from a global investment bank. Ever since then my life has been on the Autobahn.

Going back to when I was a fresh graduate, I started working in a barbarian place called Saitama, which is the Texas of Japan.

I came to the office in my pink uniform at around 7.30am every day. Each morning I would start my routine by cleaning up the office then doing exercises with the other workers before commencing work. 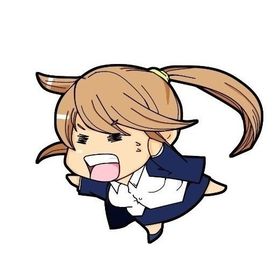 I wanted to work in Tokyo.

Why am I working here in Saitama?

I realised that something is not quite right with my life. I decided to change my job to become a “career woman” working in Tokyo!

Fools rush in where angels fear to tread, and so I sent my resume to one of the most famous global investment banks even though I knew nothing about the finance industry. I’m not sure why, but I was asked in for an interview.

Thinking back now, my image about “investment banking” is “global something.” Maybe it’s the same as global warming. What the company does doesn’t matter – location is the most important thing for a wannabe.

When I went to the interview I entered a beautiful skyscraper, moving this country girl to tears. The interviewer asked me “Can you speak English?”

I answered “No I can’t at all, but I will study hard!”

The interviewer laughed loudly. I couldn’t understand what he thought was funny, but he continued “then what can you do?”

I answered “I’ll do anything!”

After that interview I was offered a position with the global investment bank. However, I didn’t know that my new office would have 3 spinsters who would be my bosses. This is another story.

It’s said that only the smartest people can join an investment bank. That’s not exactly correct. As far as I saw there are three grounds for hiring. These are:

For elite hiring, the company recruits people who really are smart, with a reputable education and demonstrated talent. They are hired as fresh graduates who are expected to eventually lead the company.

Looks hires are applicable to women. Beautiful women have many advantages in their life. They can build a great career on manipulating older male clients. They are the joker in the sales team deck.

I fell into the third category – personality hires. These are applicants that move the interviewer in some way such as a making them laugh or showing their determination. And with that, they are hired.

As mentioned, investment banking opens a gate to people without a reputable education.

Elite and look hires are easy to understand when it comes to the hiring process. So how does “personality hiring” work? I was always thinking about this.

I thought about it to kill time.

Personality hires success depends on the interviewer’s type, but I believe that there is a “G. C. D” personality!

I thought about this over and over again.

I thought about it whenever I had nothing else to think about. But I started to think there must be a way to pass an interview every time. And then one day I discovered it.

It was during the time when our CEO came from New York on his world tour, and visited each regional branch to deliver a speech.

Peasants like us felt honoured by it, right? We peasants were taken to the biggest hall and listened in awe as he bestowed his heavenly speech upon us.

On conclusion of his speech we shuffled out into the hall, where an old guy came up and stood in front of us. We were shocked – it was our super famous CEO. I thought “Oh, I know him from Reuters news!”

I remember him saying, “Education, qualifications, IQ, EQ, logical thinking. There are many things to be considered. But they are ridiculous. The most important thing is ‘Human skills’”.

However that is the key to “personality hires.’

So, what are human skills?

It is the ability to build relationships at the office smoothly. In other words, nice like Mother Teresa.

They are open to new people, to listen to new opinions, and understanding other people’s position. In other words, they are super nice guys with integrity.

Do they exist in this world? Are there any Mother Teresa’s?

The CEO said, “Although you are capable, you are not qualified to work in this company if you don’t have this skill.”

He added “Work hard, don’t worry about the future, just work hard.”I hadn’t been expecting this. It’s not just a person’s ability, but humanity that is required in investment banking.

There are many problems at an office. There is the case where one professional solves everything. However in an American company which prefers individualism, employees are required to be “good team players” and support others.

Personality hires are done on the assumption that they have this skill. In an investment bank, people who have this ability are well paid. Some people are hysterical and arrogant. These people are fired before we even notice.

Improving this skill is not easy. You should be nice, positive and have guts. Sometimes you need to be willing to lick your boss’s shoe. You have to endure with this personality.

So how can we become this type of person?

I’ll talk about that, funny guys in investment banking, and global business rules in my next article.

See you next time!

Meet The Most Popular YouTuber in Japan

Why Did Starbucks Japan Decided from The Stock Market?