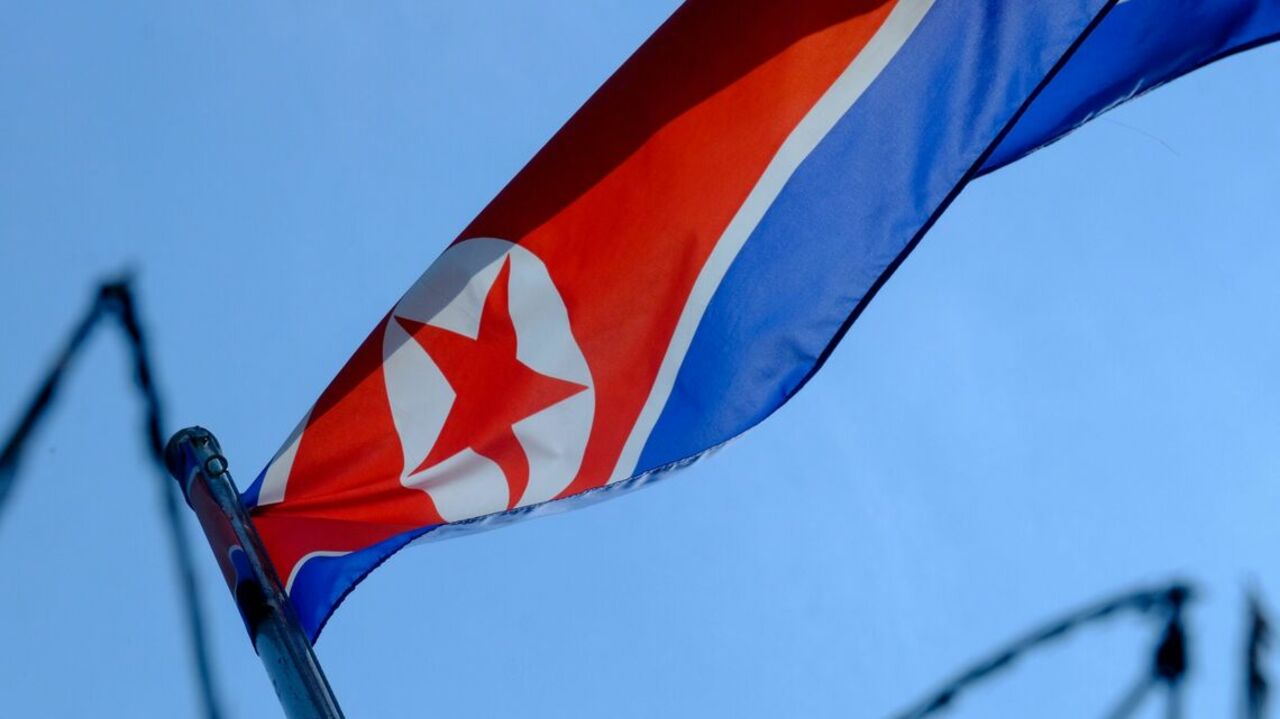 The intense flurry of North Korean missile tests since the beginning of the new year has caught even experienced watchers of their program by surprise.

“The North Koreans have ramped it up,” Joshua Pollack, a senior researcher at the James Martin Center for Nonproliferation Studies, told Toyo Keizai. The tests “started earlier and are going at a faster pace than I had expected,” based on North Korean leader Kim Jong Un’s New Year address to the ruling Workers’ Party plenum, he said.

“Not only has he put his foot down on the gas but he started showing up at these events, which is something he used to do routinely.”

Why this escalation of testing? Some analysts see this as part of a long arc of planned development of North Korea’s missile arsenal, laid out a year ago in Kim’s address to a party congress.

Kim presented a wish list of weapons to be developed, including solid-propellant intercontinental ballistic missiles (ICBMs), hypersonic missiles, tactical nuclear weapons and submarines capable of firing ballistic missiles. Kim made it clear, says Pollack, that they are “still pursuing a military modernization program.”

This verbal show of strength was followed by a series of tests last fall of rail-mobile short-range missiles, designed to be hard to find and able to survive a preemptive strike by the U.S. or even South Korea and Japan.

There was also the first test of a hypersonic glide vehicle, aimed at evading missile defense systems. In October the North Koreans held a ‘defense expo’ where all these weapons and more were displayed, with Kim, his senior military leadership in tow, shown strolling through elaborate exhibits of the new hardware.

A bid to negotiate

Since early January, the North Koreans have carried out four missile tests, two of what they claim to be a hypersonic missile system, along with tests of ballistic missiles fired from a train and short-range, solid-fueled ballistic missiles. Some interpret these tests as an attempt to set the stage for negotiations with the U.S., an effort to create leverage.

In a statement issued after a meeting of the ruling party’s Political Bureau in Pyongyang this week, the North Korean regime denounced the U.S. for its “hostile policy and military threat” and hinted that it may reconsider its current self-imposed moratorium on long-range missile and nuclear tests.

“I think some of this is North Korea trying to get attention,” Secretary of State Anthony Blinken told MSNBC in a January 13 interview. He characterized the North Korean moves as a response to American offers to hold talks, without preconditions. U.S. officials have even interpreted the latest tests as a direct response to recent sanctions.

That view is not entirely shared by most U.S. experts on North Korea. “The recent spate of missile launches was not spontaneous,” says former Principal Deputy Assistant Secretary of State Evans Revere, who has long experience of negotiation with Pyongyang and frequent meetings with senior North Korean officials.

In his view, the North Koreans are pursuing a game plan intended to achieve several goals. First, and probably foremost, Pyongyang aims to “unnerve the United States and remind Washington that the DPRK's missile threat is growing in sophistication and capability, and can now threaten U.S. bases on the Korean peninsula and in nearby Japan,” says Revere. Secondarily, the North Koreans want to establish that these launches are now a normal part of its military posture.

Finally, the former senior State Department official says, the North Koreans seek to “entice the United States into a dialogue designed (in North Korea's mind) to explore whether Washington might be now willing, in light of the escalating missile threat, to try to slow Pyongyang's missile program in return for sanctions easing.” But Revere is quick to add that North Korea has no intention of ending its missile and nuclear programs.

Nonproliferation expert Pollack rejects the idea that this is a negotiating ploy aimed at the U.S. There is no indication of North Korean interest in any engagement at this moment with the U.S., he argues. “It is not paired with any diplomatic outreach,” Pollack points out. “This is not being done for near-term bargaining advantage.”

The political motivation behind the launches

Even if this is not a bid to force talks in the short term, the launches are not just a technical exercise. “It is very clear that missile activity for the North Koreans has a very heavy political component,” former senior State Department non-proliferation official Vann H. Van Diepen told Toyo Keizai.

“If there was no political component you would see very different patterns of activity,” pointing to the decision to provide detailed statements about the tests and their purported outcomes. “What gets tested, when, and probably how – those are dictated by Kim for political reasons,” he says.

The political purpose behind these launches is not entirely clear but Pyongyang is likely addressing both domestic and international audiences, argues Van Diepen, who contributes analyses of the missile testing to 38 North, a website devoted to North Korea.

The party leadership wants to trumpet its technological prowess, not least that it is ahead of South Korea, and bolster the “domestic legitimacy of the regime,” the former State Department official says. But an effort to reach a foreign audience is “not mutually exclusive.” North Korea “can easily be sending messages to Japan and South Korea, and to us, at the same time.”

The testing program since last fall has focused on two primary goals, the experts believe – to demonstrate to the U.S., Japan and South Korea that their nuclear weapons can withstand attack, what is called a “survivable deterrent,” and that they are capable of neutralizing and overwhelming missile defenses.

The tests since January have continued to demonstrate the development of mobile launched systems, mounting missiles on platforms like wheeled transports and trains which are much more difficult to locate and attack.

Some of the mobile launchers have been used to fire shorter-range missiles such as the KN23, a tactical weapon that has the range to hit targets in South Korea. But they have also tested the Hwasong 8 missile, which can target Japan, and perhaps ultimately the U.S. bases on Guam.

The testing program has also perfected fueling systems that do not require long – and more visible – preparations of the rocket before launch. The North Koreans have been carrying out tests of solid fuels that offer that quick-launch capability. But they also claim to have successfully tested more powerful liquid fuels that can be prepackaged in the factory and shipped to the rocket forces for immediate use, a technique known as “ampoulization.”

The most widely publicized tests in January were of what the North Koreans claimed were of “hypersonic” missiles that can carry a warhead on a glided vehicle able to maneuver around missile defenses. The weapons are designed to put American bases in South Korea and Japan at risk, as well as Japanese and Korean forces.

“If this technology does what experts say it can do, our bases in Korea (and ROK bases) and Japan (and Self Defense Force bases) are now under a new threat that we don't now have the ability to counter,” former State Department official Revere told me.

Some press accounts, bolstered by statements from senior U.S. military officials, have labeled these missiles as “game-changers.” But many experts dismiss such claims as the overhyped salesmanship of a defense industry eager for contracts to build similar systems.

The term “hypersonic” is itself misleading, those experts say, since the missiles use the same rockets as other ballistic missiles, which already go far faster.

The main threat represented by these systems is not from their speed but the ability of the glider-shaped warheads that detach from the tip of the rocket to fly faster through the atmosphere and carry out unpredictable turns and maneuvers that make it harder for missile defenses to detect and intercept them.

The North Koreans issued statements that they first tested the more advanced HGVs last fall, and again on January 5 and 11. The statements claim these were the “final test-fire” of an HGV that made a dramatic maneuver to hit a target a thousand kilometers away.

But American experts are skeptical of those claims and believe the more recent tests were of MARVs, which carried out some degree of maneuver – “not a drastic maneuver,” says Van Diepen, but “a right-hand turn.” This was visible in photos of Kim observing the launch which showed a video screen with a trajectory roughly consistent with what Japanese tracking also observed, he says.

There is clearly a challenge for existing radar tracking and missile defenses to hit these vehicles, experts mostly agree. But it is hardly impossible since infrared satellite data can see the launch and a good part of the trajectory, and share that data with South Korean and Japanese interceptor operators. In any case, these MARVs are a minor contributor to other ways to beat missile defenses already tested by North Korea.

“This is not a game-changer, particularly in the theater context,” says Van Diepen, who served as the Principal Deputy Assistant Secretary of State for International Security and Nonproliferation for seven years and previously as the National Intelligence Officer for Weapons of Mass Destruction and Proliferation.

“The North Koreans already have oodles of ways to overcome missile defenses,” the former senior official told me. “They can overwhelm the defense. They can target it with different weapon systems simultaneously.”

Despite the alarming coverage, North Korea’s claimed hypersonic weapons are at most a “niche capability,” he says. “But it is sexy, it is scary and they are clearly exploiting that.”