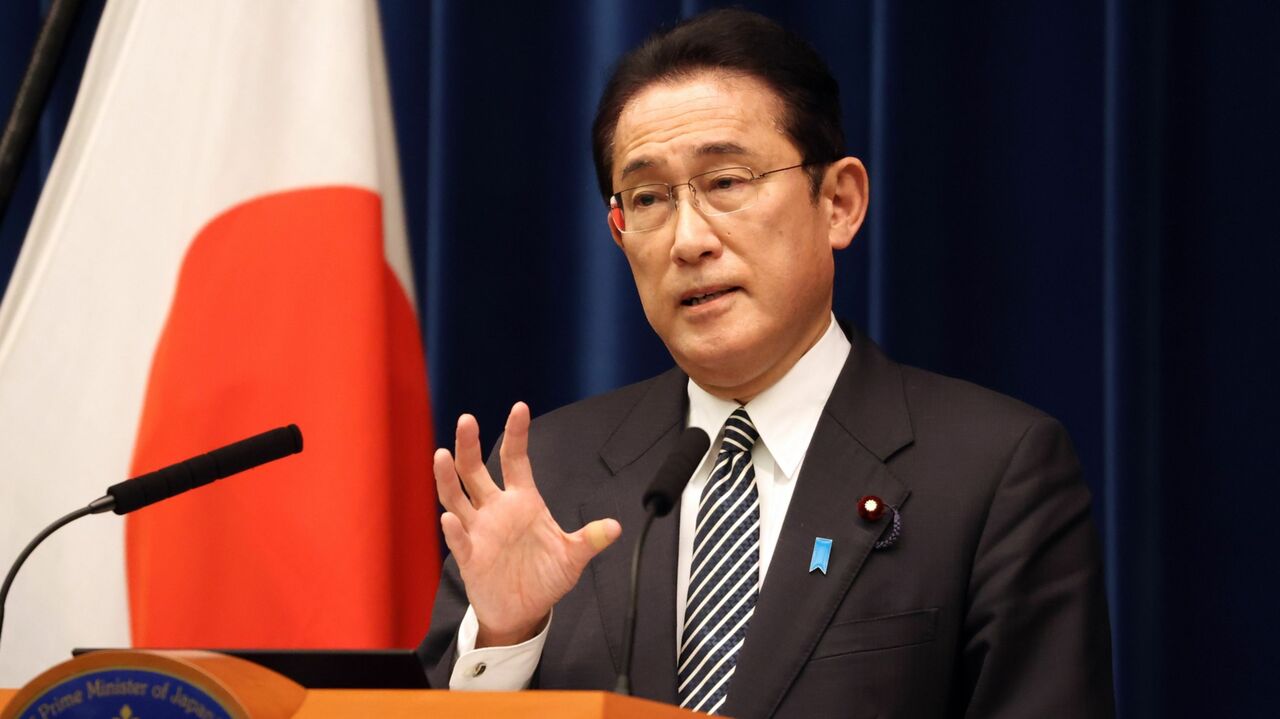 The recent 2+2 meeting of Japanese and American defense and foreign ministers conveyed, as intended, a message of two allies marching in lockstep with each other.

The joint statement highlighted all the visible manifestations of this embrace – a five-year deal on Japanese host nation support for the American forces based in Japan; a shared approach to regional security in the Indo-Pacific; a tough stance toward China; increased combined training and joint operations planning; and cooperation on advanced weapons development.

As is always also true, gaps between the two allies were carefully played down. The COVID upsurge on U.S. bases in Japan, however, could not be so easily papered over. It took rare angry outbursts from senior Japanese officials, from the Prime Minister on down, to get the Americans to pay sufficient attention to the dangerous outward spread from the bases, especially on Okinawa.

Less visible, and more significant, are the differences over the direction of Japanese defense spending. Senior American officials have embraced the target of Japan spending 2 percent of its GDP on defense, a goal borrowed from NATO but now enshrined in the ruling Liberal Democratic Party policy platform and celebrated by conservative Japanese politicians.

There are no illusions in Washington about the political obstacles to this level of spending – some 11 trillion yen a year or about 100 billion dollars – but the U.S. clearly welcomes the new urgency in Tokyo to spend more.

The real challenge for the alliance is not how much Tokyo spends but what it buys with its money. Despite the assertion that Washington and Tokyo are on the same page, there are real differences between Japan’s priorities and choices and those of the U.S.

The debate in Japan on defense spending has focused on the choice between systems and forces that are meant for self-defense and those that allow Japan to carry out offensive strikes against targets in the territory of other countries.

In the view of more conservative Japanese experts, rather than build missile defense systems, money is better spent on longer-range ballistic and cruise missiles that can destroy launch sites in North Korea or even in China. That camp also advocates pouring more money into domestic defense industry and developing home-grown weapons like a new next-generation fighter and long-range ballistic missiles. They want more aircraft carriers that can project power well beyond Japan’s shores.

Conservative defense policymakers in Japan claim that the acquisition of offensive strike weapons is necessary to strengthen the alliance with the U.S. But is that really true? This writer asked a group of American experts on security relations with Japan this question -- if Japan could spend $100 billion a year on defense, what should be the priorities for Japan, from the viewpoint of the U.S.?

The experts were from across the spectrum in the U.S. – Van Jackson, a former Obama administration defense official now teaching in New Zealand; James Schoff, another former Obama defense official now leading a new program on alliance security relations at the Sasakawa Peace Foundation USA in Washington, D.C.; Bruce Klingner, a former senior intelligence official who is a senior researcher on Northeast Asia at the conservative Heritage Foundation; and Eric Heginbotham and Richard Samuels, respected scholars of Asian security at the Massachusetts Institute of Technology (MIT).

The American defense experts almost universally lean in the opposite direction – they favor defensive systems, strengthening the ability to survive a possible North Korean or Chinese attack and extending Japan’s ability to deny access to the Chinese naval and air forces. Forward defense and access denial, as military planners put it, requires more spending on things like radar and other sensors to detect the enemy, and weapons to sink advancing Chinese ships or destroy attacking aircraft.

Most of the experts welcome more spending, though they understand it would be a gradual buildup. But when it comes to priorities, they focus on how Japan can both defend itself and complement the broader U.S. military structure in Northeast Asia.

“I still believe that Japan’s best strategy is to be the most gnarly porcupine possible,” says James Schoff, making an analogy to the animal which defends itself with a coat of sharp quills. Japan, the respected defense expert explains, needs to “be something that nobody wants to mess with aggressively (or even on the margins).” He would use added spending mainly to thicken defenses against missiles and put attacking air and naval forces at risk.

Schoff and others continue to give priority to missile defense and to the development of the high technology that is essential for what military experts call C4ISR – Command, Control, Communications, Computers (C4) and Intelligence, Surveillance and Reconnaissance (ISR). This covers everything from extended range sensors and data processing to cyber defense. Electronic warfare and cyber warfare need more funding, the Americans agree, but they don’t give it a high priority.

The Americans remain skeptical about Japan’s decision to back off from placing Aegis missile defense systems on the land and moving them instead to more Aegis-equipped ships, a decision driven by political opposition at the proposed basing sites.

“On missile defense, I think Aegis onshore is a must,” says Schoff. With an eye on North Korea’s most recent test of maneuverable missiles designed to overwhelm missile defenses, he believes it is key to “take North Korean cheap missile shots for intimidation off the table.”

While deterrence still depends on the U.S. nuclear umbrella, “if Kim Jong Un ever lost his mind, Japan will want to destroy as many missiles as possible before the U.S. wipes out North Korea,” concludes Schoff.

MIT’s Heginbotham and Samuels also place an emphasis on defensive systems, including expanding the use of ballistic and cruise missile defenses such as surface to air missiles.

Access denial – hitting the Chinese fleet as it nears Japan

Along with these self-defense measures, the American planners emphasize the importance of what is called “access denial.” In practice, for Japan and the U.S., this means being able to prevent the Chinese navy and air forces from penetrating the waters around Japan and threatening the Senkakus and the Ryukyu islands, and thwarting potential Russian aggression in the north. These systems could also play a role in deterring an attack across the Taiwan straits but none of the Americans I interviewed mentioned Taiwan specifically.

Rather than weapons to strike the territory of possible enemies, American defense experts focus on sinking or shooting down invading forces. Japan, they argue, should dominate the undersea battleground – continuing to build its formidable fleet of submarines, adding anti-sub warfare capabilities such as patrol aircraft, and developing unmanned underwater vehicles that can operate without human crews.

They favor spending significant funds on anti-ship missiles, such as the Japanese developed Type 12, including an extended range ground-launched version of this missile, as well as the air-launched Joint Strike Missile designed for the F-35 fighters.

Heritage’s Klingner also would give priority to the expansion of Japan’s new amphibious and rapid deployment ground forces – a version of the U.S. Marines – along with the ability to move those forces by air and sea to the defense of the southwest islands. He would put funds into more small aircraft carriers, equipped with the carrier-borne version of the F-35, as well as ships and helicopters to move those forces rapidly.

No to long-range strike

Beyond the extended range missiles to strike an invading Chinese fleet, American defense planners give a low priority, at most, to the kind of offensive strike weapons that some Japanese defense experts are now advocating.

Klinger does put extended-range cruise missiles – either the Type 12 or the American Tomahawk – on his procurement list, along with ground-launched ballistic and hypersonic missiles, but he places them below defensive and access denial needs.

“Long-range strike will be useful,” says Schoff, “but I think this can be sufficient at a minimal level. It will ideally never be needed, but it will be good to have some independent capability and be able to practice it with the U.S. forces.”

Others are more sharply opposed to any effort by Japan in this realm. Van Jackson believes such weapon systems are “unworkable” and “implausible” because long-range strikes would only be useful if combined with the ground or amphibious forces that can follow their use.

Despite this, most Americans believe Japan will head down this road. And they also anticipate that Japan will prefer to develop its own weapon systems – from advanced aircraft to missiles.

Behind the Japanese search for offensive strike capability and indigenous weapons, some of the American defense experts see evidence of Japanese fears of American retreat and preparations to defend Japan without depending on the U.S. For Americans, Japan is a force multiplier to their own plans for East Asia, a complement rather than a substitute for American military power.

Japanese largely share that view, not least because Japan is not prepared to face a world without the American security guarantee. But buried not far below the surface in Japan – and exposed by the offensive strike debate – is the fear that someday down the line, the U.S. will not be there.

“I don’t think Japan should be spending $100 billion on defense with the U.S. alliance intact,” Jackson told me. “If there is an aim to hedge against alliance abandonment, then doubling the defense budget could make sense. But otherwise, it will not actually add to Tokyo’s security.”