An Election Mandate For Growth and Redistribution 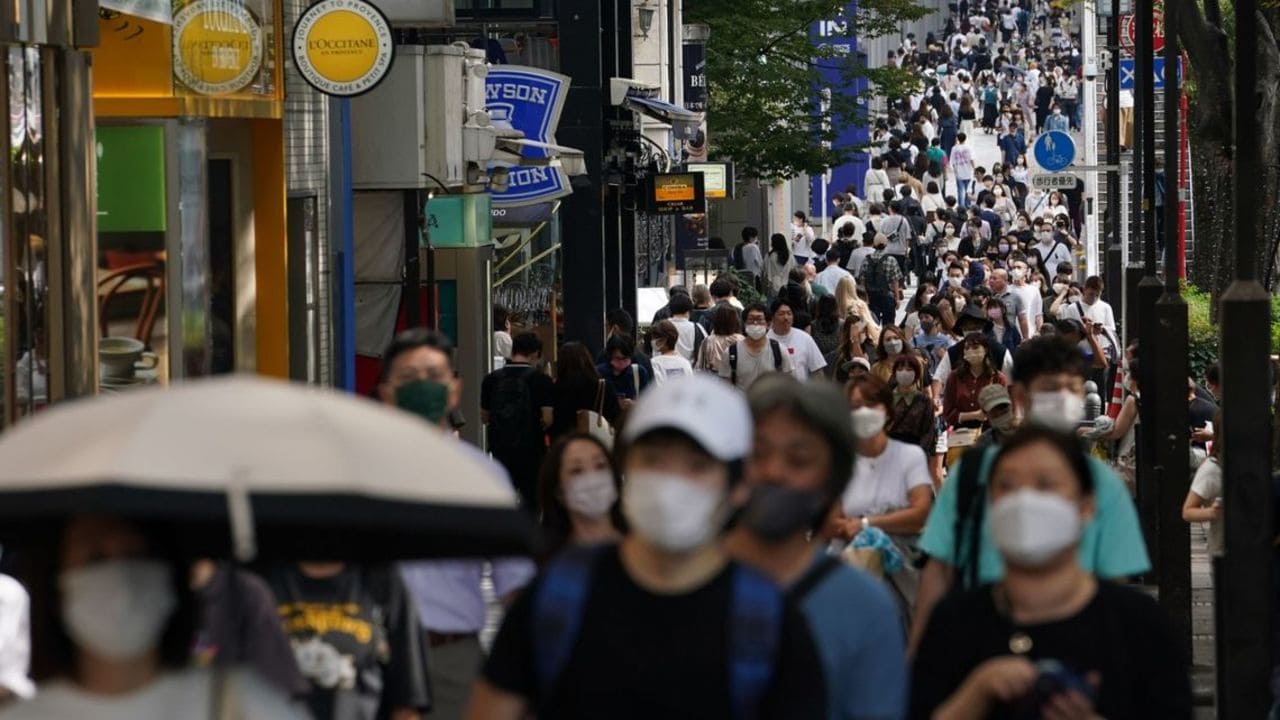 Some Japanese Prime Ministers are not as skilled as others in getting away with a big gap between their rhetoric and the often-hollow reality of the policies. Shinzo Abe was the master, but even his magic has now faded.

In a recent Kyodo poll, 69% of voters said that Abenomics should be abandoned. Kishida is no Abe. No sooner was he selected as Prime Minister than he visibly caved to pressure from the stock market by retracting his pledge to correct pro-rich tax policies.

Today, Tokyo grants lower tax rates on total income (from investment and employment) for those earning more than ¥100 million ($880,000) per year. He backpedaled even more by asserting that growth has to come before income equality.

Kishida had it right the first time: “no growth without redistribution” and “no redistribution without growth.” Indeed, according to a 2015 report by the OECD, had Japan not suffered an increase of inequality during 1990-2010, its per capita GDP would have grown almost 25% faster.

Admittedly, all too often, Japan has, in the name of equality and/or security, implemented anti-growth measures like shoring up zombie companies or putting high tariffs on food imports. However, there are plenty of measures that can make equality and growth mutually reinforcing. We offer here just a sample. They can be used as yardsticks to judge whether Kishida, or any candidate of any party in the October 31st election, is serious or just offering false promises.

Kishida has said his first priority is wage hikes. However, nearly a decade of Abenomics has shown that companies don’t increase wages just because the Prime Minister hectors them to do so. On the contrary, real (i.e., price-adjusted) wages per worker have declined more than 5% since 2012, just before Abe took office, and are down 14% since they peaked in 1997. This hardly means the government its helpless; it only means that it has not yet gotten serious about the issue.

Wage hikes would not only improve living standards, but also boost economic growth by raising consumer purchasing power. Consumer spending is anemic, not because consumers refuse to spend, but because they have less money to spend. What, then, should the next government do?

In 2015, Abe adopted the ¥1,000 goal and vowed to achieve it by 2020 via a yearly pace of 3%. Reaching that goal, and then going beyond it to get closer to European levels, would help tens of millions of people. That’s because the minimum wage not only boosts pay for those below the minimum but for those earning 10-20% above it.

Given that the average hourly pay for Japan’s part-time workers is around ¥1,100 and that they comprise almost a third of all employees in Japan, the impact on living standards and consumer demand would be dramatic.

An advisory panel has proposed raising the minimum this fiscal year by 3% to ¥930. Opponents, like the employer’s federations in Japan, say this is not the right time due to COVID, but few times seem right to them. They also claim that hiking the wage would lead to job losses.

In reality, David Card just got the Nobel Prize for disproving this assertion. When the minimum wage is raised at a reasonable pace, Card demonstrated, the impact on employment, positive or negative, is minimal.

Moreover, in Japan, when the minimum wage is raised, many employers decide that it makes sense to hire more people as regular employees. Regular employees get paid a third or more per hour than non-regulars. Moreover, since companies invest a lot more in training regular employees, this would improve labor productivity, and thus economic growth.

Secondly, the government should enforce Japan’s labor law, which already requires equal pay for equal work, both between men and women, and between regular and non-regular workers. It should also enforce the law which forbids discrimination between men and women in promotion opportunities and also forbids maternity harassment.

Unlike, say, the Financial Services Agency, which makes sure that banks obey financial regulations, no Ministry is mandated to investigate employer violations of the equal pay law. Instead, the victim has to hire a lawyer at his/her own expense and the ineligibility of class action lawsuits in this area makes such suits very expensive.

Worse yet, according to an attorney for employers who insisted on anonymity, companies consult with lawyers on how to tweak a job a little bit so they can tell the judge that the work is not really equal. The government needs to mandate the Labor Ministry or some new agency to investigate cases, issue administrative orders for remedies, and impose deterrent-level fines.

Japanese households have to devote 15.5% of their budget just for food, far higher than the 10% average in the six other Group of Seven countries, and more than Korea’s 11.5%. While some of this is due to barriers to imported rice, beef, dairy, etc., at least as much is due to the exemption of the gigantic farm cooperative, Japan Agriculture (JA), from the Anti-Monopoly Law.

JA is a huge octopus with many arms including a bank, insurance company and a trading company that rank with Japan’s largest. It uses its monopoly to charge high prices to farmers for equipment and seed, while imposing high food prices on consumers. It not only impedes imports from other countries, it also restricts the ability of Honshu, the home of almost 85% of the population, to import dairy products from the far more efficient farms of Hokkaido.

This, in turn, would open the way for a change in land usage laws that now make it virtually impossible to sell farmland for nonfarm purposes. That’s one of the reasons more than 12% of farmland has simply been abandoned. Neglect makes the land more vulnerable to erosion and flooding. Allowing the sale of farmland for nonfarm purposes would boost national growth by creating more land for industrial, commercial, and residential purposes.

Japan is near the top of the list of countries where climate change will inevitably bring increasingly severe flooding. So, when it comes to public spending to spur demand, the government should forget about more boondoggles for the construction industry like paving over riverbeds, or putting up concrete barriers on coastlines whose current designs, say critics, offer as little protection as the wall at Fukushima’s nuclear plant in 2011.

Instead, money should be spent on genuine needs, like mitigating the disasters that climate-induced floods will unleash. The supply chain disruption caused by COVID will look very mild compared to what the future holds. At the same time, 35 million people now dwell in flood-prone districts, a disproportionate number of them being poor and elderly, those least able to evacuate and least likely to be protected by flood insurance.
Japan is not making itself ready.

Swiss Re, a reinsurance company, rates the Tokyo-Yokohama area as among the world’s most vulnerable metropolitan areas. And yet the underground water storage areas built in recent years assume downpours of no more than 50 mm per hour. Yet, in 2018. rain came down in a number of Japan’s cities at four times that rate.

To ensure that such efforts do not become yet another gift to construction companies, the Environment Ministry should be included in the planning.

Japan comes in last among rich countries when it comes to government spending on education as a share of GDP. Too much of the tab even for high school is paid by the parents. One of Japan’s saddest statistics is that nearly a third of high-achieving but poor students do not expect to complete college versus 10% among advantaged students with similar scores. This is a waste of Japan’s most precious resource: its human capital. The government should cover the full bill for public high school.

New doctors take an oath to “do no harm” via their medical care. Tokyo has done a lot of harm through its tax policy. There may be some countries where it makes sense to lower corporate taxes while raising taxes on consumers, but Japan is not one of them.

Japan is not like the US, where inequality comes from the richest 1% of households taking in almost 20% of all personal income. Japan’s problem is instead the maldistribution of national income between corporations and households. This depresses both living standards and growth.

Every year, corporations take in enormous amounts of money that they do not recycle back into the economy via wages, investment, interest, dividends—or taxes. Like abandoned farmland, it lies fallow in the form of blips in the electronic vaults of banks and the like. Since 2010, corporate cash hoarding has averaged about 5% of GDP per year.

This idle money is a major factor in Japan’s sluggish growth. Everyone’s income comes from someone else’s spending. When companies hoard cash, overall private income, and thus demand, is anorexic. That’s why Japan’s government has had to become the “buyer of last resort” by chronically running huge deficits.

Japan’s deficits are not the cause of its problems, but a symptom. The task now is to get that fallow money back into the economy.

If it wants companies to pay higher wages, it should provide a hefty tax break for companies that raise wages more than a certain percentage. It would boost economic growth with a lower sacrifice of tax revenue if Tokyo restored the higher corporate income tax rates of the past and instead offered more generous tax breaks for these beneficial actions.

It is unlikely that the consumption tax will be reduced, but its impact on the poor and middle class could be lessened by exempting food altogether from the tax (currently food is taxed 8% rate compared to 10% on other items).

A truly independent advisory council should study an option floated by some activist investors and commentators: a tax on unreasonable levels of retained earnings (i.e., profits after dividends are paid). The US taxes retained earnings at 20%, the same rate as shareholders pay on dividend income.

While the US does this to prevent tax-avoidance by shareholders of private corporations rather than publicly-listed ones, such a measure could also be used to pressure Japan’s public and private companies alike to plow their fallow cash back into higher wages, investment, and dividends.

These are just of few of the ways to make sure that equality and growth reinforce each other. What measures will candidates in the Lower House election implement?