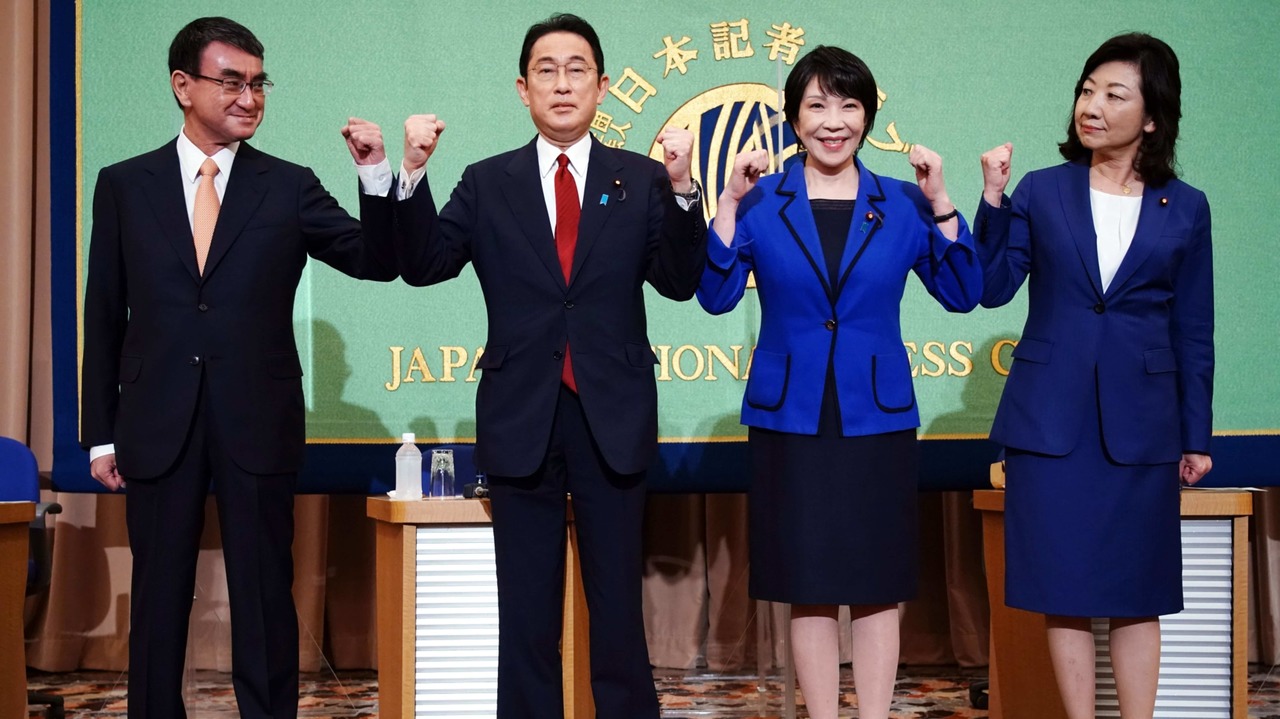 American President Joe Biden will host a much touted first time in-person summit meeting of the leaders of the Quad – the U.S., India, Australia and Japan – at the White House on September 24th.

For the American President, this is the frontline of a foreign policy clearly aimed at confronting China. The announcement of a secretly negotiated deal to provide nuclear submarines to Australia only underscores the importance of this event.

No one seems to have noticed, however, that the man representing Japan, Prime Minister Suga Yoshihide, will be gone from office within days of the White House summit.

Japan is in the midst of one of the most turbulent political moments in recent years, with the leadership of the country completely up in the air. Even after the ruling Liberal Democratic Party (LDP) makes its choice at the end of September, two elections will follow, with the ruling coalition facing an unhappy electorate and a rejuvenated opposition.

But in the halls of power in Washington, even in the pages of major media, hardly a mention can be found of the events in its most important Asian ally. In discussions with several leading American Japan hands who are in touch with senior officials in the Biden administration, all report an almost complete absence of interest in the events in Tokyo.

“I hope they are paying attention,” says Japan expert Tobias Harris, based at the Washington thinktank Center for American Progress. But, he admits, “I don’t know if the administration is really watching this now. I have not heard anything.”

In large part, this is because the attention of the administration is focused elsewhere – first of all on the continued battle against the Covid-19 pandemic and on economic recovery, and even in the realm of foreign policy, on the devastating defeat in Afghanistan and its aftermath.

Of course, Japan is important to the Biden China policy – as one Washington insider put it to me, “Japan is the non-China.” But there is a deeply held belief among American policy makers that their faithful partners in the LDP, backed by the mandarins of the Japanese bureaucracy, will be in power forever.

“The standard view is that we want stability,” says George Washington University Japan expert Mike Mochizuki. “We might not have stability in who is the Prime Minister but the system is stable. Are we entering a period of revolving door Prime Ministers? Isn’t that a problem in terms of developing a partnership? They don’t think so. Basically, it is the same ruling class.”

This view of Japan leads to a lack of interest in who might succeed Suga that might surprise some Japanese. “There is a complacency that the LDP is not going anywhere,” says Harris, the author of the first biography of former Premier Abe Shinzo published in English. There is a belief that “we don’t have to worry about Japan.”

But Harris cautions against that overconfidence, pointing not only to the possible challenge from the opposition alliance but also from extremist elements within the conservative party, now mobilized around the candidacy of Takaichi Sanae, backed by Abe. “Questions about the underlying stability of Japan should not be underestimated,” he warns.

Who Does Washington Favor in the LDP battle?

Now that the field of candidates in the LDP is set, does Washington, or at least the small circle of Japan hands, have a preference? Two of the leading candidates are well known there – former Foreign Ministers Kishida Fumio and Kono Taro. Given his popularity and his command of English, there is a presumption that American policy makers would prefer Kono as Prime Minister. But that may be wrong.

“I don’t sense any preference for Kono,” says James Schoff, a former senior Obama administration defense official who has recently moved from the Carnegie Endowment thinktank to the Sasakawa Peace Foundation in Washington.

“Basically, American policy makers would be happy with either Kishida or Kono. The number one concern is political strength and sustainability. There was a little bit of a collective sigh when Suga decided not to run, a concern about momentum lost and nervousness about where Japanese politics is going.”

There is a belief that Abe established a blueprint that is now firmly established – both in the realm of basic economic policy and a foreign policy that is anchored in the alliance with the U.S., improvement of relations with Europe and a broad consensus on seeing China as a strategic competitor. “None of them is deviating from that,” says Harris. The differences are more a “question of style and execution.”

The exception to that may be Takaichi whose hardline views on wartime history, vowing to visit the Yasukuni shrine to Japan’s war dead, would effectively end hopes in Washington to restore trilateral cooperation between the U.S., Japan and South Korea. “That door would shut,” says Harris. A Takaichi Premiership would be a “propaganda boon for China…and make Japan a more challenging partner for Washington to work with.”

While Takaichi’s prospects are still considered slim, if a runoff is forced between Kono and the rightwing stalwart, there is some worry that the mainstream faction leaders Abe and Aso Taro might unite behind her. Unlike Kono, who has widespread personal appeal, an LDP led by such a hardliner might lead to a serious setback in the upcoming elections for the Lower and Upper houses of the Diet (parliament). “If Takaichi wins, that means more trouble,” says Schoff.

American experts are unclear why Abe put his weight behind Takaichi. In part, this is seen as reward for her personal loyalty to Abe, and an attempt to position himself as the shadow power behind whoever emerges as the Prime Minister.

More troubling is the sense that this reflects Abe’s own ideological views, some of which he had to submerge or put aside when he was Prime Minister for both political reasons and also in response to American pressure.

Abe, in his view, was unhappy with Suga for his failure to push constitutional revision and his reluctance to embrace a doctrine of carrying out retaliatory attacks on adversary bases in North Korea and even China. When Takaichi declared her candidacy, Mochizuki noted, she went out of her way to endorse both policies. And while Kishida has tried to appeal as well to the conservative wing, “Abe doesn’t trust Kishida that he will follow through on this,” he observes.

Who is Kono Taro?

While American policy makers would be most clearly troubled by a Takaichi-led LDP, in some ways Kono may pose the greatest potential challenge. He has a well-deserved reputation as a bit of a maverick, very attuned to public opinion in Japan, and with an independent streak.

While Kono is a strong supporter of the security alliance, he has shown that he does not unquestionably yield to American views. The clearest evidence of this was his decision, as Defense Minister, to cancel the controversial Aegis Onshore missile defense system contract after it ran into serious domestic opposition.

In his own book, Kono embraces the concept of “strategic autonomy” for Japan, including in areas like economy, energy and technology policy. “I don’t think he will be as assertive on offensive strike and on Taiwan commitments,” believes Schoff, who has met him a number of times, “but I don’t know if Kishida would be either.”

Within the ranks of the more hardline conservatives of the LDP, there is a fear that Kono shares the views of his father, Kono Yohei, a former LDP leader. The elder Kono is reviled on the right for his efforts to acknowledge responsibility for Japan’s wartime coercion of Korean, Chinese and other women to serve in the brothels of the Imperial Army.

“There is a suspicion that he is like his father,” says Mochizuki. “He is aware of that and went out of his way to show that he is not soft on China, not soft on Korea. Abe appreciated that but instinctually, Kono has a more balanced foreign policy.”

No matter who wins the LDP election, policy makers in Washington foresee a period of uncertainty in Japan which may slow the implementation of the kind of grand strategies that will occupy the Quad meeting. Down at the level of officials who are seeking to forge concrete policies on science and technology innovation, supply chain cooperation, cybersecurity and economic security more broadly – the key building blocks of the competition with China – things are already stalled.

“We have had a lot of meetings but I haven’t seen a whole lot of momentum,” says Schoff, who will lead a new initiative on alliance relations at Sasakawa’s Washington office. People are now waiting to see who the next cabinet minister will be and little is getting done.

“We can’t sit around for two months waiting for this to be settled,” he worries. “We are already late to get out of the gate.”