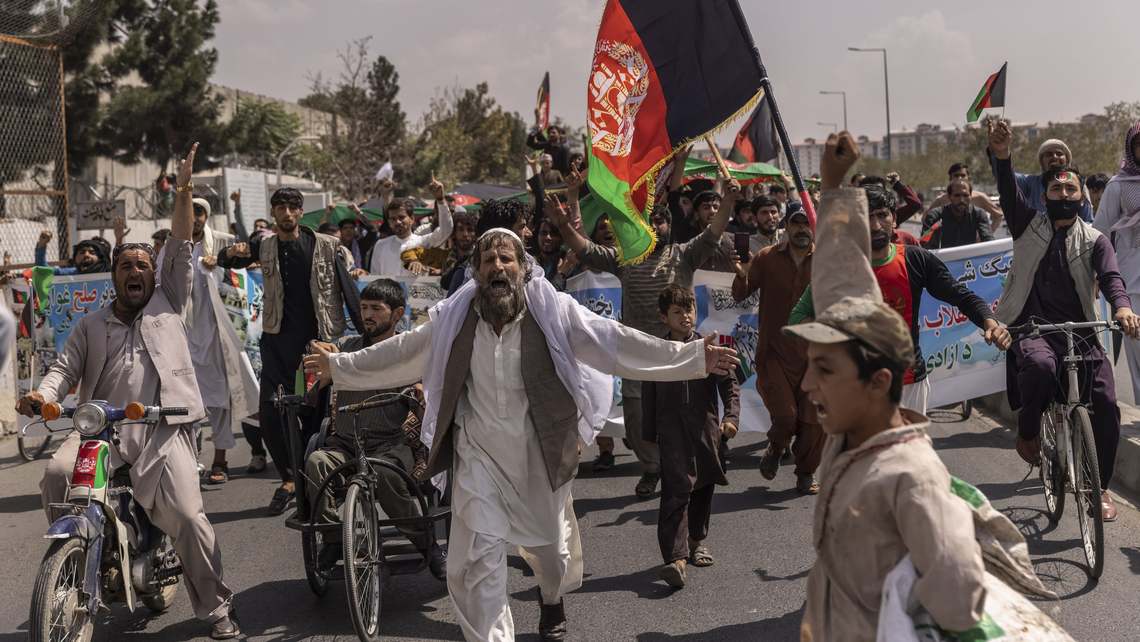 In the middle of April, 1975, North Korean leader Kim Il Sung hurried to Beijing to meet with Mao Tse-tung and the Chinese Communist leadership. Phnom Penh had just fallen to the Khmer Rouge, the North Vietnamese were marching toward victory in Saigon, and the U.S. seemed to be in retreat around the globe. Now was the time, Kim told his Chinese patrons, to liberate South Korea.

America’s allies in Northeast Asia were undoubtedly shaken by the events in Indochina, beginning from the late 60s. The U.S. had withdrawn the 7th Infantry division from Korea and Nixon told allies to rely more on their own resources to defend themselves.

South Korea’s Park Chung-hee embarked on a clandestine program to develop nuclear weapons, as did Taiwan. Japan pondered that choice but opted instead to reach out to China, moving quickly to normalize relations after Nixon’s shocking opening of ties to Beijing.

Comparisons between the fall of Saigon and the stunningly rapid collapse of the American-backed government in Kabul are now the fodder of front pages from Beijing to Washington. In the U.S., pundits claim that U.S. allies in Europe and Asia are again questioning American resolve and reliability, while China and Russia rush to fill the strategic vacuum.

European angst is clearly visible, not surprisingly since NATO allies committed their own military forces to the war in Afghanistan and had to rush to remove their troops, diplomats and Afghan support staff. But in Korea and Japan, now the largest concentration of U.S. overseas military power -- almost 85,000 American naval, air and ground troops – there is not yet the same level of anxiety.

In conversations this writer has had in recent days with senior Korean and Japanese former officials and current advisors, the events in Kabul seem to have actually strengthened the belief in the importance of the alliance with the U.S. Those policy makers in Northeast Asia echo President Joe Biden in pointing to the failure of the Afghan government and military to be willing to fight in their own defense.

“The fall of Kabul may not damage our alliance with the U.S. as much as you may imagine,” Miyake Kuni, a former senior Foreign Ministry official who advises Prime Minister Suga Yoshihide, told me.

“Former Afghan President Ashraf Ghani and his friends did not help the Afghans, and they had to pay the price. For Japan, if we don’t have the will to fight and defend ourselves, we will be like Afghanistan.”

As for the chaotic events in Afghanistan and the decision of the Biden administration to withdraw, Miyake and others do not see a loss of American credibility at stake, but rather the consequence of bad policy decisions made long ago.

“America should have known that Afghanistan has been, and will be, like this forever and it should not have stayed there for 20 years, or even a year,” said Miyake, who was in charge of Afghanistan for the foreign ministry in the late 1990s.

So far, Japanese policy makers reject facile comparisons between Afghanistan and potential flash points in their own region, particularly Taiwan and the disputed territory in the East China Sea.

The risks of the failure of the U.S. to respond to Chinese aggression in either case are far higher than the danger of a possible return of terrorists to Afghanistan, which triggered the U.S. intervention there. “With Taiwan,” a former senior official said privately, “it would affect the world order immediately if the U.S. did not intervene.”

The view from Seoul

In South Korea, facing potential escalation from a North Korean regime that is under growing internal pressure, the view is a bit more cautious, though still far from panicked.

Confidence in the U.S. commitment is not yet shaken, Korean policy makers from across the spectrum agree. “On the contrary, this event invoked for many people the importance of the Korea-U.S. alliance,” former senior Foreign Ministry official Kim Sook, who also served as deputy director of the National Intelligence Service, told me.

Koreans were particularly reassured by the statement from U.S. National Security Advisor Jake Sullivan that troop withdrawal from Korea was not on the Biden agenda. In conservative circles in Korea, where a presidential election is looming next March, the Afghan events have been used to bolster the criticism of the current progressive government of Moon Jae-In.

“The situation in Afghanstan shows how important it is to maintain a strong military,” the conservative daily JoongAng Ilbo wrote. “North Korea continues ratcheting up its nuclear capabilities. Under such circumstances, the decades-old Korea-U.S. alliance cannot be overemphasized.”

Even among progressives, the focus has been on the failed effort to transform Afghanistan rather than American retreat. The defeat doesn’t do much to shake confidence in the U.S, security commitment to Korea, says Paik Hak-soon, the executive director of the Kim Dae-jung Peace Forum.

“We know why the U.S. was defeated and decided to pull out its forces, and also why it keeps its forces in Korea, even though we’re reminded that the U.S. forces cannot stay forever in foreign lands.”

“Many Koreans understand that there are more differences than similarities between the two cases,” agrees former senior foreign ministry official, Amb Wi Sung-lac.

Still, the corrosive impact of the images from Kabul touches nerves in Korea, where dependence on the U.S. is still deeply felt.

“The notion that the US may abandon an ally depending on the capabilities of the allied partner will linger in the memory of Koreans,” adds Wi, who was formerly in charge of relations with the U.S. and led the South Korean delegation to the Six-party talks with North Korea.

“In that sense, the messy nature of the retreat in Afghanistan will not be helpful to strengthen the US message on the alliances,” he cautions.

The view from Pyongyang is far more difficult to discern. Kim Jong Un is struggling to cope with a severe economic crisis, triggered by the border closure measures taken to avoid the spread of Covid-19 and compounded by severe weather conditions.

Rather than take up offers of humanitarian aid from the Moon government in South Korea, the North Korean regime has engaged in vague threats to escalate tensions in response to the decision to go ahead with joint U.S.-South Korean military exercises.

North Korean leader Kim Jong Un has long modeled himself on his grandfather, Kim Il Sung. It raises the question of whether he too will see the U.S. retreat from Afghanistan as another opportunity to undermine the U.S.-South Korean alliance. Kim might, for example, test the alliance by carrying out a cross-border attack of the type seen in 2010 when North Korean forces shelled a South Korean-held island off its shores.

“I don’t think Kim Jong Un will do anything particular because of what happened in Afghanistan,” says Paik, who was a long-time North Korea expert at the Sejong Institute.

“These days, he's totally focused on domestic economic survival, and has no reason whatsoever to engage in provocations when the Moon and Biden Administrations are not provoking towards North Korea.”

Even more conservative analysts tend to agree with that assessment. “Pyongyang knows that the situation on the Korean Peninsula is not identical to the one in Afghanistan,” Amb Wi says. “Pyongyang wouldn't see this as an opportunity to test the US.”

But the Korean experts are careful not to rule out the possibility of escalation. But they see that not as a consequence of events in Afghanistan but as an attempt to restart the stalled negotiations following the breakdown of the Kim-Trump summit in Hanoi in 2019.

The role of China is also a large question mark. When Kim Il Sung pleaded for backing for his revolutionary dreams in 1975, the Chinese Communist leadership, according to the archives of East European diplomats, turned him away. They were not interested at that moment in risking a confrontation with the U.S. and triggering a potential war on their frontier.

Beijing is now locked in a strategic competition with Washington. Will China now be ready to turn Pyongyang loose? “On one hand, they know the Americans have gotten their comeuppance in Afghanistan – they look inept and feckless and the Chinese can be heartened by that,” observes Brookings Institution scholar Jonathan Pollack, who has written extensively on the Sino-North Korea relationship.

But, he adds, “at these moments of definitive strategic change, the Chinese have a tendency to think very carefully about where they find themselves.”

China may see more advantage in being ready to insert itself as a mediator between the two Koreas, perhaps in the wake of an exchange of fire across the border, suggests a former senior State Department official who was involved in managing the 2010 crisis. The Afghan events “open up opportunities for China,” the former official told me. “I bet they are thinking about it.”
END

Gwen Stefani said "I am Japanese": What's Wrong With That?