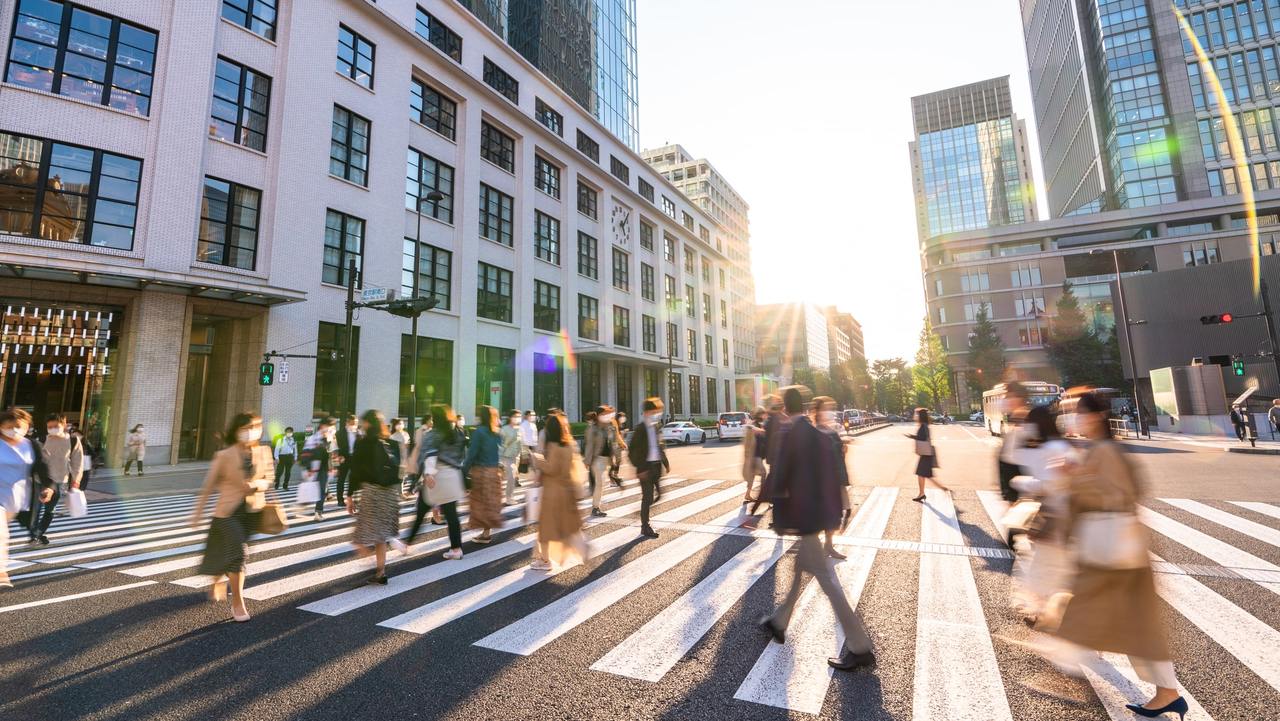 How could Japan have come in 196th out of 196 countries, just behind North Korea? That’s what the 2019 data show for the ratio of inward foreign direct investment (FDI) to GDP despite years of efforts by Tokyo. FDI takes place when foreign companies set up new operations in Japan, form a joint venture, or buy all or a substantial part of an existing Japanese company. The stock of FDI is the total FDI made over the decades.

In June, the government adopted a goal of increasing the stock of FDI to 12% of GDP by 2030, almost triple today’s ratio. But how can the government know whether it has chosen the right strategy unless it understands why past measures have failed so badly?

Increasing FDI has been part of Japan’s growth strategy since the days of Junichiro Koizumi. That makes a lot of sense. Hardly any important country has succeeded in economic reform without inward FDI being part of the recipe. Success stories range from the developing countries of Asia to Eastern European transition states. It works in mature economies as well.

Consider the improvements made by Detroit’s auto companies when their Japanese competitors brought “transplant” factories to North America. Detroit learned that it cost less to prevent defects in the first place than to fix them afterwards, even if that required interrupting assembly lines.

When foreign companies come in, the main benefit to the economy is not their own high efficiency. Rather, it’s spillover effects as their new ideas and strategies boost the performance of their suppliers, their business customers, and, as in the case of the Japanese transplants, even their own competitors. A study of 19 rich countries—where cumulative FDI rose from 6% of GDP in 1980 to 44% by 2019—confirmed that higher levels of inward FDI improved economic growth, mainly by improving output per worker.

When Koizumi became Prime Minister in 2001, the stock of inward FDI was a miniscule 1.2% of GDP—compared to 28% in a typical rich country.

To make matters worse, the Japanese government is hiding from itself how badly it has failed. The Ministry of Finance reported that inward FDI climbed to 40 trillion yen in 2020, thereby achieving Abe’s goal of doubling the level from 2013.

In reality, the 2020 figure was just 24 trillion yen, according to the IMF, OECD and UNCTAD. How is such a huge discrepancy possible? Two sets of numbers are approved by the IMF, but only one of them—called the “directional principle”—is authorized for looking at a country’s FDI trends over time or for comparing countries. The MOF, by contrast, highlights the other set, called the “asset/liability principle.”

While the latter has some legitimate purposes, it also includes items having nothing to do with real FDI: e.g., loans from overseas affiliates back to their parents in Japan.

When Toyo Keizai asked the OECD about the MOF’s numbers, a spokesperson replied, “The directional principle is better suited to analyze the economic impact of FDI. It is the recommended presentation for FDI statistics by country and industry.” If the first step in solving a problem is recognizing that you have one, Tokyo is in trouble.

FDI has soared in other countries that switched from resisting FDI to welcoming it; so, why have Japan’s efforts failed? In Korea, for example, the ratio inward FDI to GDP leapt from 2% prior to the Asian financial crisis of the late 1990s to 14% today. In India, the share climbed from a negligible 0.5% in 1990 to 14% now. In Eastern Europe, after the fall of Communism, the ratio exploded from 7% to 55%.

In its June policy statement, the cabinet-level FDI Promotion Council wrote as if Japan’s main problem were that it doesn’t appeal foreign companies. Hence, almost all its proposals are aimed at creating an “attractive business environment.”

This premise is inaccurate. In survey after survey, multinational companies list Japan as a top place to invest. It has a large, affluent market, a very well-educated workforce and customer base, high technological levels, good infrastructure, and a stable political-economic system.

In fact, Japan came in fourth out of 27 rich countries in a 2020 “FDI Confidence Survey” of senior executives around the world by A.T. Kearney, an American consulting firm. Scholars Takeo Hoshi and Kozo Kiyota calculated that, if Japan performed like other countries with similar characteristics, the ratio of inward FDI to GDP would have already reached a remarkable 39% of GDP.

What then is the reason for Japan’s dismal results? The main factor is that it is so hard to carry out the primary form of FDI: buying healthy companies so as to gain a built-in labor force, customer base, brand name, suppliers and so forth.

In the typical rich country, 80% of inward FDI takes the form of mergers and acquisitions (inbound M&A), but in Japan, it’s only 14%. Total inward FDI is so low mainly because inbound M&A is so small.

The press covers spectacular cases where foreign companies rescue failing giants like Nissan, Sharp and Toshiba. Those, however, are the exception. Most foreign investors want to buy good companies that can not only grow better in Japan but offer resources that enhance the parent’s global expansion. They avoid SMEs that need big layoffs.

Unfortunately, the most attractive targets are largely out of reach because they belong to corporate groups, the vertical keiretsu. Japan’s 26,000 parents and their 56,000 affiliates employ 18 million people, a third of all employees in Japan. This does not even count other attractive firms among unaffiliated subcontractors and closely-allied suppliers.

The Toyota group, for example, has 1,000 affiliates plus 40,000 suppliers, of which the majority are subcontractors. During 1996-2000, foreigners were only able to buy a trifling 57 members of corporate groups whereas they bought around 3,000 unaffiliated companies.

This hurdle is a legacy of the early postwar era when Tokyo restricted FDI out of fear of domination by foreign companies. In the 1960s, when Japan had to formally liberalize its restrictions in order to join the OECD, the government devised what it called “Liberalization Countermeasures” to create informal impediments to inward M&A.

These ranged from reviving cross-shareholding among corporate giants and their financiers to shoring up the horizontal and vertical keiretsu (corporate groups). While most formal barriers are gone, the legacies of this era still curb inbound M&A.

Worse yet, obsolete attitudes from the past still linger among too many policymakers. Consider how the FDI Promotion Council’s strategy document this June purged all mention of inward M&A.

In a work-in-progress paper published a year earlier, the Council had recognized that inbound M&A could be a great help in dealing with the huge succession crisis at Japan’s small and medium enterprises. The report noted that, by 2025, 600,000 profitable SMEs may have to close because their owner is over age 70 and has no successor. Up to 6 million jobs are at risk.

As part of the effort to, the report called for “some mechanisms” to help these SMEs find suitable foreign partners and to “facilitate business transfer between third-parties (merger & acquisition).” That would have been a big step forward. Yet, in the final document released by the Cabinet Office this June, all talk of inward M&A was erased. Clearly, someone thought M&A was more dangerous than massive job losses.

Officials sometimes claim that they’d like more inbound M&A but have to go along with the public’s fear of foreign takeovers. The reality is that the government is lagging behind a big change in the public mood. In surveys conducted in the mid-2000s 47% of respondents said the impact of foreign companies on the Japanese economy was positive, whereas only 8% thought it was negative.

Only 4% held the once-common view that foreign firms and financiers were “vultures” who wanted to buy Japanese companies on the cheap and then sell them to make a quick buck. 20% of respondents said that they wanted to work for a foreign company while another 20% said that they did not want to. The rest offered no opinion.

Suppose policymakers reversed themselves and decided to encourage inward M&A, where would they start? Helping SMEs facing succession issues could provide a good demonstration effect. Studies show that SMEs are more likely to sell to a foreign firm if they see another SME in their industry or prefecture that has done so successfully.

Japan already has a number of companies, like Nihon M&A Center, which arrange M&As for healthy SMEs facing a succession crisis. That has made the notion of M&A more acceptable to aging owners. So far, however, almost none of these involved foreign buyers.

JETRO’s “Japan Invest” program actively courts foreign companies to set up brand new operations in Japan, but there is no active effort to recruit foreign companies to buy Japanese firms, even SMEs at risk of closure. M&A should be included in JETRO mandate, in line with the FDI Council’s 2020 working paper.

Consider all the 70-year-old owners of SMEs who are worried about their staff losing their jobs when they step down. How many would stubbornly refuse to sell to a foreigner if the government made the introduction and vouched for the buyer’s intention to help the company grow rather than engage is layoffs? Once the process began, there could be a snowball effect to companies without succession issues.

If the government wants to revive growth in Japan, it’s time for it to get serious about inward FDI. That requires making inward M&A as common in Japan as in the rest of the developed world. Otherwise, when 2030 arrives, Japan might still be 196th.