Does Biden have a North Korea Policy? Not Really 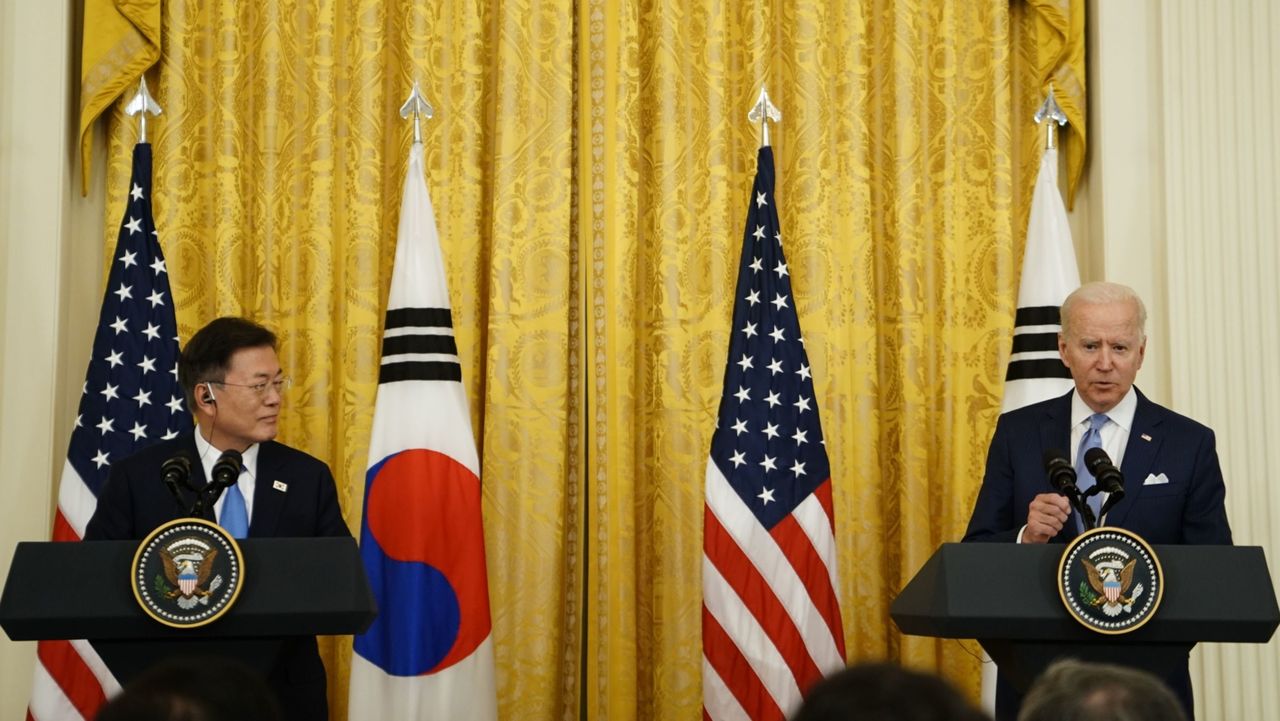 Speculation about a resumption of negotiations between North Korea and the United States is once again in the air. While senior American officials talk about “interesting signals” from Pyongyang, the North Koreans rush to say, not so fast, let’s see what you have to offer. The newly appointed American North Korea special envoy, Sung Kim, was received like visiting royalty in Seoul.

Is this the beginning of the much-awaited North Korea policy of the Biden administration, a prelude to talks, or perhaps to provocations designed to up the pressure for concessions?

Reading between the lines, and based on recent conversations with senior South Korean and U.S. officials, it is clear that in reality, there is no North Korea policy in Washington. There is a China policy, and the priority is to strengthen alliances to build a broad front against China.

When it comes to the Korean peninsula, the Biden administration is focused on keeping South Korea inside the alliance camp. Senior administration officials ended their review concluding there is little to be gained from negotiations with Pyongyang.

They assess that the North Koreans are only prepared to offer what they put on the table at the failed Hanoi summit between Donald Trump and Kim Jong Un – an exchange of a limited freeze of some nuclear facilities in exchange for lifting the sanctions which continue to undermine the regime’s survival.

“The Americans are probably not that interested in talking to the North,” Andrei Lankov, a leading authority on North Korea based on Kookmin University, told Toyo Keizai.

“The only result such talks are going to produce might be some refined version of the ‘Hanoi compromise’, and such a deal is not going to sell well with the U.S. Congress, U.S. public and U.S. media. So, President Biden, fully understanding that no spectacular victory is possible in dealing with North Korea, seemingly prefers to concentrate on more important issues –above all, China.”

Veteran American policy makers on North Korea share that understanding, and see mainly efforts to offer the progressive South Korean government of President Moon Jae-in nominal support for its almost desperate pursuit of a progress toward the goal of engagement with the North.

“The essence of the Biden policy approach is to maximize your options,” says Evans Revere, former Principal Deputy Assistant Secretary of State for East Asia and the Pacific and a veteran of talks with North Korea.

“That requires them to talk about the goal of denuclearization, to beat their breast about sanctions, but also to tell the North Koreans that we are prepared to talk. It also explains why they are working so hard to keep the South Koreans on board and happy.” Meanwhile, however, “we have bigger fish to fry – the Chinese, the Russians, the Iranians.”

From that perspective, the summit meeting in late May in Washington between Moon and Biden was a great success. In the negotiations on the joint statement issued by the two leaders, led on the U.S. side by White House Indo-Pacific director Kurt Campbell, the U.S. was mainly concerned with getting Seoul to line up on the China issues.

South Korean senior officials acknowledge there was heavy pressure to get them to echo the language of the joint statement with Japan on Taiwan and human rights issues, though they point to some softening of the wording and their insistence not to name China in the document.

President Moon went into the summit eager to shore up his sagging domestic standing, following tough local election losses and increasing fears that conservatives could mount a comeback victory in next year’s presidential vote.

According to senior American officials, the Blue House priority going into Washington was not to discuss North Korea policy but to get help on the supply of vaccines to counter rising Covid-19 infection rates. And Washington delivered in the form of half a million doses, targeted at the South Korean military.

Moon also wanted badly to convey the optics of a close and friendly relationship with the new administration, which is popular back home. South Korean senior officials emerged almost gushing about the Moon-Biden relationship, marked by more than 5 hours of talks and personal chemistry.

They contrast that to the last meeting between Moon and Trump, in September 2019, described as “simply awful.” Trump apparently spent the entire time complaining about the level of South Korean contribution to shared defense costs, berating Moon for not yielding to his outrageous demands for a five-fold increase in South Korea’s contribution.

South Korean officials insist there was significant dialogue and understanding reached on how to handle North Korea. Largely that was a matter of the White House bending over backwards to at least convey their readiness to talk to Pyongyang, while retaining the familiar stance of seeking denuclearization and maintaining sactions pressure until there are real concessions. The decision to appoint Amb Sung Kim as the new special representative for North Korea was made only days before the White House summit, a response to pleading from Seoul.

Kim, who notably will retain his ‘day job’ as the U.S. Ambassador to Indonesia, is a tough, seasoned Korea expert. He served as Amb to South Korea, ran North Korea policy in the last years of the Obama administration, and led the working level talks with the North Koreans leading up the Singapore Summit.

He has few illusions about the prospects for negotiations with Pyongyang, and that view is shared by his deputy, Jung Pak, a former Central Intelligence Agency analyst who came over from the Brookings Institution thinktank.

The Moon administration is pressing for Washington to approve steps to ease sanctions against the North, hoping that will bring Pyongang to the table. Unification Minister Lee In-young is the voice for this in Seoul, calling for a “flexible application of sanctions.” His views, however, are not shared by the Foreign Ministry, which tends to mirror the American position.

The visit of Kim and Pak to Seoul provided a glimpse into the power struggles within the Moon administration on North Korea policy. The Unification Ministry demanded and won direct meetings with the Americans and the dissolution of a joint working group that had enforced tough sanctions, to the dismay of the progressives in Seoul and the North Korean regime.

The South Koreans have one open channel to the North, well informed sources say, and claim to be receiving encouraging messages from Pyongyang about resuming talks.

“Moon would like to have talks with North Korea, but only as long as these talks do not annoy the U.S. too much and do not constitute an open violation of the sanctions regime,” says Lankov, who is a Russian-educated North Korea expert.

For now, agrees Revere, the South Korean government is content. “As long as Washington is making positive noises about dialogue and engagement with North Korea, as long as Washington continues to do things that underscore Washington’s interest in dialogue, then South Korea can remain hopeful during the remaining months of Moon’s administration there is some hope for resumption of dialogue,” the former senior official told Toyo Keizai.

North Korea and China in the game

In Pyongyang, Kim Jong Un seems to have read these tea leaves quite well. He too very deliberately keeps the door open to dialogue but makes it clear that there must be something substantial in it for him.

He let loose his somewhat unconventional sister, Kim Yo Jong, to rudely brush off the vague talk from U.S. National Security Advisor Jake Sullivan about ‘interesting signals’ from the North, followed up by the North Korean Foreign Minister’s statement that they have no interest in talks “which would get us nowhere, only taking up precious time.”

The regime meanwhile is admitting serious internal problems, such as food shortages, reflected in unusual inflationary spikes for basic goods on the country’s semi-free markets.

There remains a deep fear of potential spread of Covid in the North, leading the regime to continue tight border controls, despite the severe economic impact. Some analysts suggest that this might make Kim Jong Un ready for an elusive deal to significantly rollback the nuclear and missile program in exchange for economic assistance.

Despite unease over dependency on China, Kim Jong Un can still rely on his powerful neighbor and treaty ally as a safety valve if things get worse.

“If the North Koreans are willing to accept Chinese food aid, they can easily get it,” says Lankov. “As long as the North Koreans decide to relax their irrationally tough quarantine regime and start getting Chinese aid, China will give them as much as they need.”

Relations between North Korea and China are now in an upswing, manifested in a flood of effusive propaganda celebrating their alliance and the Chinese role in the Korean war.

Lately, the Chinese have put a priority on that partnership over the goals of denuclearization of the Korean Peninsula. With the Biden administration’s focus on confronting China, there is even more incentive for Beijing to keep North Korea alive and well.

The price, for now, may be that North Korea not raise tensions with Washington by carrying out missile or nuclear tests designed to force talks on its terms.

But the Chinese will also have little interest in resolving the underlying security issues or in enforcing tight sanctions. The Biden administration’s new version of ‘strategic patience,’ as the Obama administration’s policy was labeled, is always subject to North Korea’s own readiness to maintain the status quo. Certainly, in Pyongyang, uneasy lies the head that wears the crown, but no one in Washington, or in Seoul or Tokyo, can sleep well either.