Mass Exodus: Pandemic Forces Women Out of the Workforce 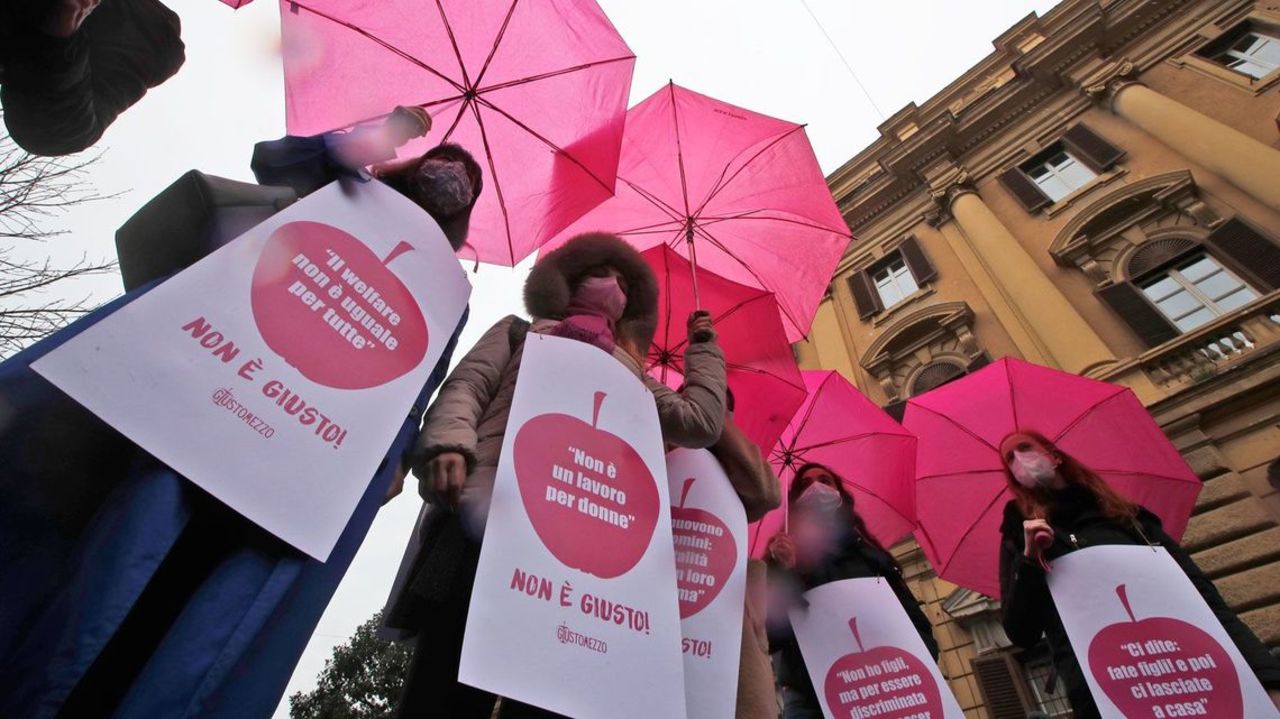 As women around the world celebrated International Women’s Day on March 8, a startling reality sunk in. 47 million women – the equivalent of the entire country of Spain – have dropped out of the labor force due to the coronavirus pandemic, according to the United Nations.

The U.S. Bureau of Labor Statistics stated that in January 275,000 women left the labor force compared to 71,000 men. In total, women have lost 5.3 million jobs women since the start of the pandemic, putting the women’s labor force participation rate at 57%, the lowest it’s been since 1988, according to the National Women’s Law Center. In response to these staggering numbers, LeanIn.org Founder and Facebook COO, Sheryl Sandberg said, “If we had a panic button, we’d be hitting it….”

In October 2020, Sandberg’s LeanIn.org, together with McKinsey & Company, reported on their Women in the Workplace 2020 study. Launched in 2015, this is the largest comprehensive study of the state of women in corporate America with data and insights from 317 companies employing more than 12 million people, along with survey responses from more than 40,000 individual employees.

The report, compiled by Rachel Thomas, CEO of LeanIn.org and Lareina Yee of McKinsey, found that 1 in 4 women are contemplating downshifting their careers or leaving the workforce. This unthinkable reality could not have been considered before Covid-19.

At the beginning of 2020 the representation of women in corporate America was trending in the right direction. Between 2015 and 2020, the share of women in Senior Vice President roles grew from 23 to 28 percent – and from 17 to 21 percent in the C-suite (executive-level managers within a company).

But since the start of the pandemic, this is the first time the study has seen women leaving the workforce at higher rates than men. In the previous 5 years, women and men left their companies at similar rates.

“All the progress we’ve seen over the past five years would be erased,” said Thomas.

Women leaving the workforce means far fewer women in leadership – and less women on track to be future leaders.

“When women come out of the work force, it’ll be much slower to go back and it means we’re going to have a much slower economic recovery,” said Melinda Gates in an interview with CNN’s Becky Andersen on March 8.

As co-chair of the Bill & Melinda Gates Foundation, Gates said that women are leaving because of the unpaid care-giving work they do. This contribution is calculated at 30 hours a week globally for women, almost making it a full-time job. Women also tend to be disproportionately employed in vulnerable sectors such as retail, restaurants and hospitality. They also work in informal jobs, such as sewing at home, that lack protections like paid sick leave or unemployment insurance.

With the closing of schools and daycares, many women like Moira Johnston were forced out of the labor market due to the caregiving role that generally falls to women.

“There has not yet been enough of an equality shift for it to be ‘normal’ for men to take more of a leading role at home,” she said. “The assumption of who is the ‘caretaker’ is baked into our psyche from the moment we are brought into the world.”

For Johnston, a married IT specialist and mother of two girls in elementary school, 2020 was a year of “many moving parts.” Her sister was hospitalized with serious life-threatening medical issues leading to extreme depression; her youngest daughter was told she had a learning disability and the stress began causing her to act out in very unexpected ways; her father was diagnosed with cancer. During this time, her boss sold his company to a new owner. With that transition, she decided to take a leave of absence.

“It was a good time for me to safely get out of everyone’s way, as I was not able to perform my duties at the level I was comfortable with.”

Although she chose to be under-employed due to her husband’s work travel schedule and her need to stay close to her children, she is concerned about her career progression.

“I miss my 401k, I miss collaboration with other computer nerds, I miss the diversity, I miss learning new ways of doing things, and being on the leading edge of technology.”

Knowing that women typically earn less than men, with census reports indicating that women currently make about 81.6 cents for each dollar earned by a man, Johnston took a 60% pay cut to work close to home. Due to that decision, she’s been making the maximum contribution to her IRA for every year she’s not working in corporate America.

Her decision to pause her career has had a positive effect on her family. Her daughters appreciate the fact that she’s been able to help them with their schoolwork. Both agree on two things.

“I should not go into teaching as a second career and having parents in IT sucks because we always know when they are on YouTube when they should be on Zoom.”

In her CNN interview, Gates also pointed to the effect of the pandemic on women-owned businesses. They were 10 percentage points more likely to close than those owned by men. This was due to the fact that most women-owned companies tend to be smaller – sole proprietorships or informal microenterprises with less than five employees. These businesses are often new and fragile in this economy.

This was pointed out at a 2021 Economic Forecast summit hosted by the Kitsap Economic Development Alliance in February. One of the panels entitled, “Education, Career, Stress and Balance: Covid-19’s Impact on Working Women” was facilitated by business consultant, Linda Espinosa. One of the speakers was a female business owner – Alanna Imbach of Vibe Coworks.

Imbach, the mother of twins and owner of a co-working space, pointed to a Female Founders Alliance study in Seattle that found that just before the pandemic, 87% of the women surveyed had plans to start their own businesses. Six months into the pandemic, 51% of them had stopped those plans primarily due to the need to have a secure financial base and an ability to raise capital.

“What’s happening now is accentuated privilege,” she said. “Those who can afford to live without a paycheck are finding ways to move forward and create businesses, those who cannot are skipping that.”

But Sandberg found an encouraging trend. According to their Facebook small-business survey, women owners were 15% more likely to make more than 50% of their sales through online channels. During the pandemic, they were three times as likely to begin or heighten their use of digital tools.

This resilience is why Gates said governments should continue to invest in women – whether they’re entrepreneurs or employees.

“Every government wants women to work because they know they get a robust economy if women work.”

This was echoed by Vice President Kamala Harris who called the mass exodus of women from the workforce “a national emergency, which demands a national solution.”

One primary solution is child care.

“Our peers, our competitors, advanced economy democracies, have a more built-up function for child care, and they wind up having substantially higher labor force participation for women,” said Federal Reserve Chair Jerome H. Powell at a Senate Banking Committee meeting on Feb. 24.

He went on to say that the U.S. used to lead the world in female labor force participation a quarter-century ago, and we no longer do. He concluded, “It may just be that those policies have put us behind.”

That is why President Joe Biden’s $1.9 trillion Covid-19 relief bill is putting $50 billion into the child care sector.

Child care providers will get about $40 billion for operating expenses and tuition assistance for the children of essential workers, and families will get about $8 billion from a temporary expansion of tax breaks subsidizing dependent care. The goal is to help centers handle revenue shortfalls and increased costs while making it easier for mothers in particular, to return to work as the economy reopens.

“The law, in addition to $10 billion in assistance represents the largest one-time U.S. investment in child care,” said Mario Cardona, chief of policy and practice at Child Care Aware of America, an advocacy group.

For women-owned businesses, many continue to look to the U.S. Small Business Administration (SBA) coronavirus relief options such as the Paycheck Protection Program (PPP) loans that are taking applications until March 31. President Biden announced program changes to make access to PPP loans more equitable. On Feb. 24 he established a 14-day exclusive PPP loan application period for businesses and nonprofits with fewer than 20 employees. This gave lenders and community partners more time to work with smaller businesses to submit their applications.

Gates suggested that governments should “target lines of credit and other forms of finance to women-owned businesses, boost the creation of e-commerce platforms to enable female entrepreneurs to access markets, and help business incubators to overcome biases when it comes to investing in women-owned businesses.”

For Johnston, there is no one solution. But she doesn’t regret the decision to pause her career.

“It has given me the time to really think about what is important, and raising strong-minded girls, being supportive of my husband, sister, and finally being able to help my father has been a blessing.”

With a wink, she adds, “It depends on the day!”