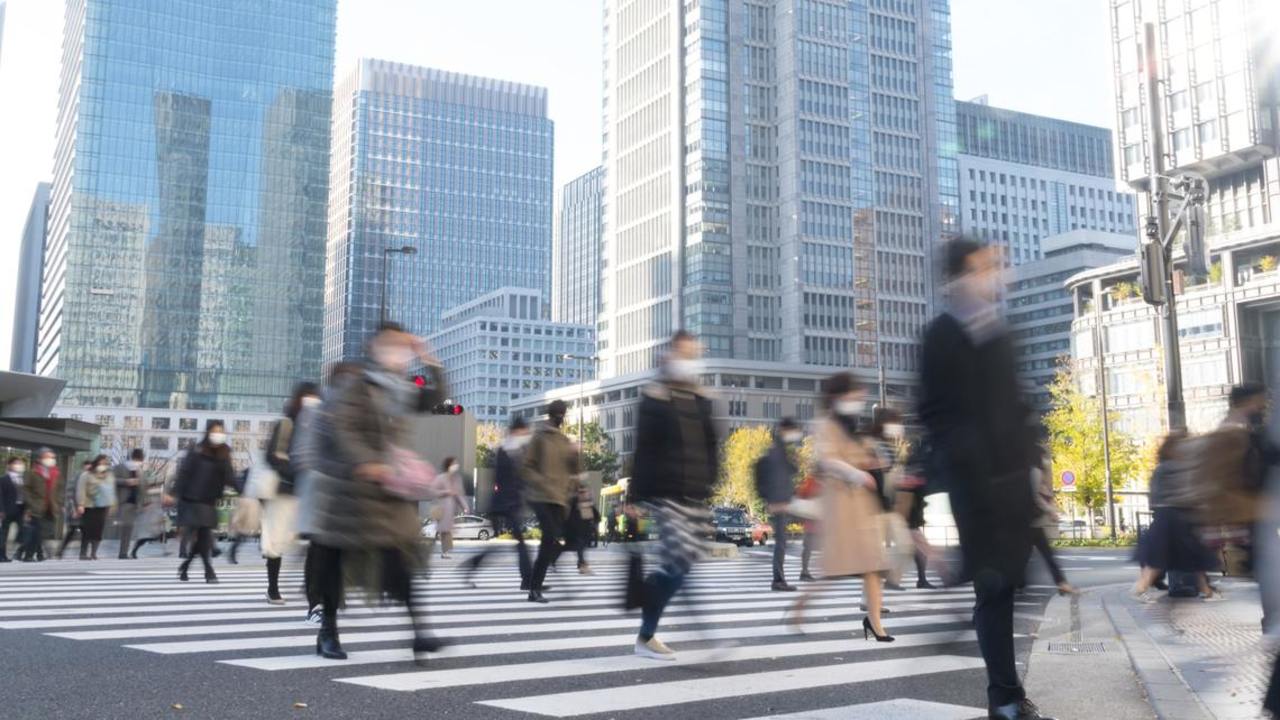 The start of real action on climate change or just nice-sounding goals? That was the first question raised when on October 29 Prime Minister Yoshihide Suga targeted net zero carbon emissions by 2050.

While there is no guarantee, the likelihood of real action has been raised by rise of new lobbies like the Japan Climate Initiative (JCI), which, so far, includes 394 of Japan’s largest corporations. JCI has forged links with powerful leaders in the ruling Liberal Democratic Party (LDP), including two who may one day become Prime Minister: Administrative Reform Minister Taro Kono and Environment Minister Shinjiro Koizumi.

When CEOs from four JCI companies—SONY, Ricoh, Kao, and Nissay Asset Management—met with Kono in November, SONY chieftain Kenichiro Yoshida delivered a troubling alert, Kono told the Financial Times. Unless Japan upped its renewables-based electricity generation to 40% or more by 2030, SONY and other companies could be forced by its customers to shift much production offshore.

Apple, for example, will eliminate by 2030 suppliers who don’t use 100% renewable electricity. SONY’s facilities in Europe can meet this demand, but not those in Japan. Only 19% of Japan’s electricity now comes from renewables, and the government’s current goal for 2030 is just 24%.

The question is the degree to which companies urging rapid action can overcome resistance by a powerful axis of companies linked to fossil fuels and nuclear power, the Keidanren business federation, and the Ministry of Economy, Trade, and Industry (METI).

The JCI—which also includes environmentalists and local governments—was created in 2018 to make sure that Japan fulfilled the Paris Accord goals. This January, 92 JCI member companies—those at the meeting with Kono, as well as heavy-hitters like Nissan, Softbank, Aeon, Fujifilm, Mitsubishi Estate, NEC, Nippon Life, Seven and i, Sumitomo Mitsui Trust, and Toshiba—urged that Japan achieve 40-50% renewables by 2030.

Last summer Keizai Doyukai, a federation of executives from 1,000 leading corporations, targeted renewables at 40%. “We can reach that level of renewables by 2030 with today’s technology,” explained Mika Ohbayashi, a member of the JCI secretariat and a director of Japan’s Renewable Energy Institute (REI).

“What is needed through 2030 are policy actions, such as changing land use laws so that abandoned farmland and other areas can be used for renewables, upgrading the electrical grid, and making sure that renewables have access to it.”

Even without such policy changes, the REI calculates that current trends will cause renewables to grow from 17% of electricity generated in 2018 to 32% by 2030 if electricity demand remains the same. Policy changes could boost it further to at least 39%, and even higher with more conservation of demand. However, to hit zero emissions by 2050, policy changes alone are not enough, added Ohbayashi. “For that, we will need revolutionary technologies.”

Kono told the executives he’d push for regulatory reforms regarding both land use and grid access. Under current rules, Japan’s ten regional utilities can still give their own plants priority access to transmission lines.

This is not a new issue for Kono. In 2008, according to Wikileaks, Kono complained in private that the utilities were not letting new companies transport wind-generated electricity from Hokkaido to Honshu even on unused transmission lines.

In December, it was Koizumi’s turn to meet with JCI execs. He upped the ante, by calling on them to support carbon pricing, considered the most effective way of changing behavior by consumers and companies.

Currently, Japan has one of the lowest effective rates of carbon taxation, just $3 per ton of CO2 emissions, compared to $22 in the UK, $33 in France, and $126 in Sweden. While Ricoh is pushing for carbon pricing, few other companies are doing the same. Ohbayashi believes that, if the government introduced a carbon price mechanism, then companies would accept it.

The shift in business attitudes has shown up in the behavior of many firms. Japan’s three megabanks have been regularly providing a third of all global financing for power plants using coal, the deadliest fossil fuel. Last spring, they said they would stop financing any new coal projects, although they will continue financing existing plants, perhaps until 2050.

Trading companies like Marubeni, Itochu, Mitsubishi, and Sojitz have said they will stop investing in coal mines and new coal plants. Toshiba stopped taking orders to build new coal-fired plants. It is notable that stock prices of Japanese firms engaging in proactive emission reduction measures have outperformed those without credible plans.

Not surprisingly, JCI and others find themselves struggling with other powerful corporate forces who oppose what they call hasty moves. Within weeks of Suga’s announcement, Toyota chieftain Akio Toyoda railed against the notion that Tokyo might end sales of gasoline cars by the mid-2030s. He warned of electricity shortfalls in the summer as well as the “collapse” of the current automotive business model.

While Keidanren supports the 2050 net zero as a worthy goal, it opposes many of the measures that experts say are needed to reach that goal. For example, Suga wants to phase out coal, which now fuels 31% of electricity generation, but Keidanren insists that coal is necessary until new technologies like reliable battery storage and hydrogen fuel are ready.

“Energy security means Japan must have diverse sources of energy, including coal, at least in short term,” argued Masami Hasegawa, a director at Keidanren. Keidanren emphasizes the development of carbon capture and storage (CCS) for “clean coal.”

Replacing coal-fired plants with natural gas as a bridging technology, as done elsewhere, could halve each plant’s emissions, but Hasegawa contended that storage issues would expose Japan to periodic electricity shortages if it were too reliant on LNG, as occurred briefly in January.

Keidanren also opposes a carbon tax, saying this would deprive companies of the funds needed develop indispensable revolutionary technologies, like hydrogen fuel and CCS. Unfortunately, a 2020 report by the International Energy Agency (IEA) speaks of two or three decades before these technologies become commercially feasible on a mass scale. To wait for them is a recipe for failure.

There are lots of ways to reduce emissions using today’s technologies. Steel in Japan produces about 10% of Japan’s total carbon emissions. The reason is that 80% of Japan’s crude steel output is still made in coal-fired blast furnaces, compared to 33% in the US. A stunning 35% of Japan’s houses have no insulation.

While Nissan, under Carlos Ghosn in 2010, put out the Leaf, the world’s best-selling electric vehicle (EV) until 2020, Toyota remains focused hybrids and hydrogen fuel cell cars. The latter barely sell. Akio Toyoda even asserted that, “the more EVs we build, the worse carbon dioxide gets.”

While Keidanren claims to speak for business, its approach actually contradicts the interests of the majority of Japanese companies, according to a 2020 report by InfluenceMap. Among the top 100 companies on the stock market, says the report, 61% would prefer to buy renewable-based electricity if enough were available.

InfluenceMap report asserts that just a few sectors tied to fossil fuels and nuclear energy dominate Keidanren policymaking, and firms from those sectors are the ones chosen to serve on METI’s advisory councils on energy. Hasegawa called InfluenceMap’s report inaccurate, saying that Keidanren’s Chair and 17 Vice Chairs are “well-balanced” among different sectors.

When asked why so many of these men were from companies that made coal plants, invested in coal mines, or financed coal projects, he replied that these firms also invested in renewables.

As for METI, consider its “green growth” agenda released two months after Suga’s speech. Without naming a goal for 2030, it set a 2050 goal of 60% renewables and for the remaining 40% to be generated from nuclear power, coal with CCS, and hydrogen.

While many experts, including the IEA, see restarting the closed nuclear power plants as necessary to reach net zero, nuclear has become unacceptable to voters due to the 2011 Fukushima disaster, an avoidable calamity caused by mismanagement by the TEPCO utility and poor oversight by METI. When METI speaks of eliminating gasoline-fueled cars by the mid-2030s, it includes hybrids as non-gasoline vehicles.

Suga’s own skills are critical to pushing METI to do better. When Suga was Shinzo Abe’s Chief Cabinet Secretary, he engineered changes that gave the Prime Minister unprecedented leverage over elite bureaucrats, including the power to approve as well as fire the top 600 officials.

The notion of pledging net zero by 2050 was originally intended to be announced by Abe in response to the expected election of Joseph Biden, but Abe resigned for health reasons. Unfortunately, Abe often announced lofty goals with little strategy to achieve them.

Suga is more decisive on economic issues but he suffers a very poor approval rating. Can he impose his policies on resistant bureaucrats if the latter think he may have to step down by autumn? One signal will be whether the companies advising METI on the new Strategic Energy Plan due in June include more like those in the JCI.

There’s nothing new about corporate resistance to aggressive action on climate change. What is new is strong business lobbying on behalf of robust measures. The balance of power between the two factions will be pivotal in whether announced goals lead to effective actions.

Kuroda's Dilemma on Inflation, Interest Rates, and the Yen