Beneath The Surface, Cracks Widen Between Japan and The U.S. Over Burma, Korea 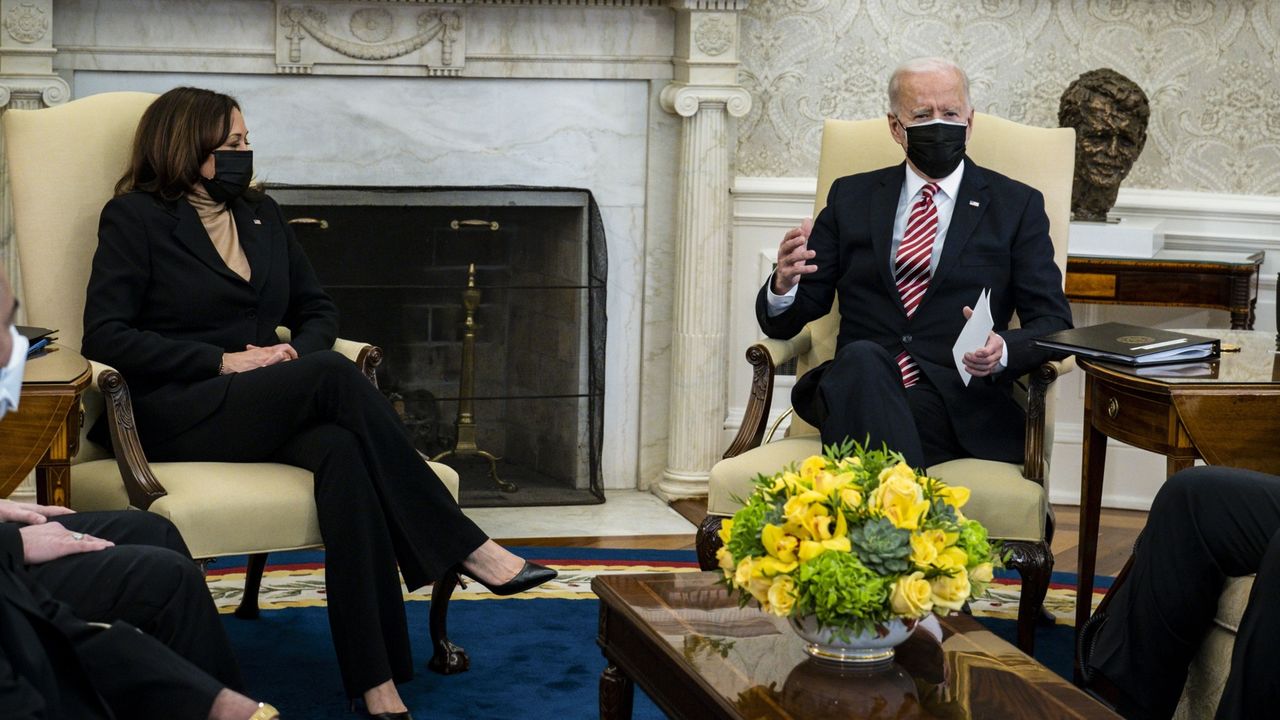 In the early weeks of the Biden administration, Japan and the United States have gone out of their way to present a united front. Senior Biden officials, from the President on down, have made clear that the alliance with Japan stands at the center of their broader strategy to meet the challenge of China.

In numerous calls, they have offered Tokyo many sought-after assurances of American security guarantees from the Senkakus to nuclear deterrence and echoed Japan’s favorite idea, the creation of a Free and Open Indo-Pacific (FOIP).

But beneath the surface, there is growing frustration in the White House with Japan, cracks over key issues that could widen in coming weeks and months. Behind the scenes, there are differences in how to deal with the military coup in Burma and the corrosive relationship between Japan and South Korea. And those tensions are tied to the bigger question, how to forge an allied response to China.

The military takeover in Burma (Myanmar) is an early crisis for the Biden administration, with the Chinese backing the coup while the United States condemns it and has moved to impose sanctions against the coup leaders. Japan has joined the protest but it has been pointedly cautious about taking punitive steps against the military, worrying that it will undermine Japan’s considerable investment in Burma and simply drive the military into the arms of Beijing.

The emerging Biden administration strategy toward China rests heavily on drawing a line overvalues, framing the “strategic competition” as a contest between democracy and authoritarianism.

“Burma is the first test of Biden’s commitment to democracy and to allies,” says a former senior U.S. official with close ties to the administration. In this test, “right now the number one head-butting issue with Japan is over Burma.”

Japanese officials are privately lecturing their American counterparts about how “Asians are different,” the former official reports. He compares it with the differences in the 1980s, which culminated in the response to the Tiananmen massacre in Beijing when Japan resisted American pressure to impose sanctions on China.

“Their attitude toward Burma looks like the same pattern,” a veteran Japanese foreign affairs journalist observed to me. “They claim that too much pressure won’t help the process of democratization.”

Japanese and American officials are doing their best to bridge these differences. Secretary of State Antony Blinken got on the phone last week with Foreign Minister Motegi Toshimitsu to try to find a formula for cooperation and Motegi signaled a readiness to join public statements. But the Japanese Foreign Minister was more interested in talking about the Chinese Coast Guard.

The most serious gap between Tokyo and Washington is not, however, over Burma. It is how to manage relations with South Korea. Within days of taking office, the Biden administration sent a gentle but clear message to their Japanese and Korean allies to move quickly to repair their broken relationship.

In phone calls with their Japanese and Korean counterparts, President Biden and Secretary of State Blinken made a point of the importance to the U.S. of restoring “trilateral U.S.-Japan-Republic of Korea cooperation.”

They repeat this at every opportunity – in his call with Motegi last week, Blinken “welcomed further regional cooperation, including through U.S.-Japan-ROK trilateral coordination and the Quad.”

Behind this lies the growing fear in Washington that the breach between Japan and Korea will blow a massive strategic hole in the Biden plan to strengthen regional security networks, including the Quad.

China and North Korea are “targeting that fissure” between Japan and South Korea, says a former senior Obama administration defense planner. Without restoring some functional trust, the idea of a regional security structure may never be realized, Biden officials worry.

Relations between Japan and South Korea are at “their lowest levels in decades,” a recent report on U.S.-Japan relations issued by the Congressional Research Service concluded. While the administration of Prime Minister Suga Yoshihide gives its nod to the idea of trilateral security cooperation, it is resisting the American push to improve relations with Seoul, particularly when it comes to the battles over wartime history issues.

“On trilateral security cooperation, we also believe it is crucial if we want to pressurize North Korea as well as China on the issue of North Korea denuclearization,” a senior official in the Prime Minister’s National Security Secretariat (NSS) told me. But security should be completely separated from those historical issues, which are matters that “basically need to be addressed between Japan and Korea.”

This reflects what American officials heard from Suga himself in his first telephone talk with Biden after he took office. “The call was great except Suga pushed back hard on Biden’s desire to see Japan-ROK relations improve,” the well-informed former senior official told me. The Japanese leader told Biden that the Koreans have effectively broken the 1965 treaty normalizing relations between the two countries and “they have to make that right first.”

While Tokyo is rebuffing the Biden administration, President Moon has taken a different tack. Last month, Moon surprisingly shifted his tone and signaled an interest in warming up relations with Japan.

The Korean leader reaffirmed that the 2015 agreement on “comfort women” remains intact as an official pact and expressed unhappiness with a Korean court decision demanding that Japan pay compensation to survive women. He also indicated a desire to put off the liquidation of Japanese company assets seized as part of a Korean court decision to grant compensation to Korean forced laborers.

South Korean experts point to several factors behind the shift.

Moon is entering his last year in office and is somewhat desperate to make a breakthrough in his bid to engage North Korea and secure a formal end to the Korean war. The Moon Blue House is worried that the Biden administration will put negotiations with North Korea on the back burner and they are looking for ways to revive momentum.

“Bringing Japan into the diplomatic game is being seriously considered under circumstances when summit diplomacy between Trump and Kim Jong Un is gone,” says Seoul National University Professor Park Cheol Hee, one of the leading Japan experts in Korea. Koreans hope the Summer Olympic Games may offer a venue to revive diplomacy with Pyongyang.

Moon and his advisors also anticipated the pressure coming from the new Biden administration to improve ties with Japan and wanted to get out ahead and demonstrate to Washington their willingness to cooperate. “The Moon administration faced a need to show an initiative to ameliorate ties between Korea and Japan before Biden steps in,” says Park, an advocate of improving relations.

All this takes place as Moon’s popularity is declining and the use of anti-Japanese nationalism to boost popularity seems to have worn thin of late. “The mood of the day in Korea is that blaming Japan is no longer delivering wonderful political scores to President Moon and the ruling party,” Professor Park told me.

Despite these factors, Moon’s gestures fall well short of what either Tokyo, or Korean backers of improved relations, feels is needed. On the issue of the ‘comfort women,’ while Moon affirmed the validity of the 2015 agreement, he did nothing to restore it.

The South Korean government moved to freeze the Reconciliation and Healing Foundation, which was funded by Japan and provided compensation payments to two-thirds of the surviving women.

The forced labor issue is a far more complicated legal issue and also poses a dangerous ‘red line’ in relations if the Korean courts go ahead and liquidate Japanese assets. The Japanese government has argued since the court decisions were issued, that this issue was settled by the 1965 treaty, which provided compensation in a limited fashion, and which also includes a provision for disputes over claims to be settled by an arbitration panel.

Ideas to settle this issue have been circulating for some months, including a proposal floated by a senior Korean politician to create a foundation similar to the one created by Germany some 20 years ago to provide compensation to forced laborers, with funds provided by both Japanese and Korean firms.

Privately there is some interest in such ideas in both Korea and Japan – and American officials are also aware of these discussions and may offer to help the process.

But it requires the two governments to show the political will to solve the problem, which so far has not been evident.

“Prime Minister Suga would not take a risk in resolving this issue before he is re-elected as Chairman of the Liberal Democratic Party in September or has an election victory,” former South Korean foreign Minister Yu Myung Hwan, an important actor in Korea-Japan relations, told me.

A senior advisor to Prime Minister Suga expressed deep skepticism that President Moon is really ready to act and even if he did, the Japanese worry that he will shift in response to political pressures, “allowing the South Koreans to move the goalpost once again.”

For the Biden administration, this is an early lesson in how grand visions – in this case of an Indo-Pacific regional partnership and revived alliances – can founder on the rocks of domestic politics.

Can You Name All 33 Olympic Sports?