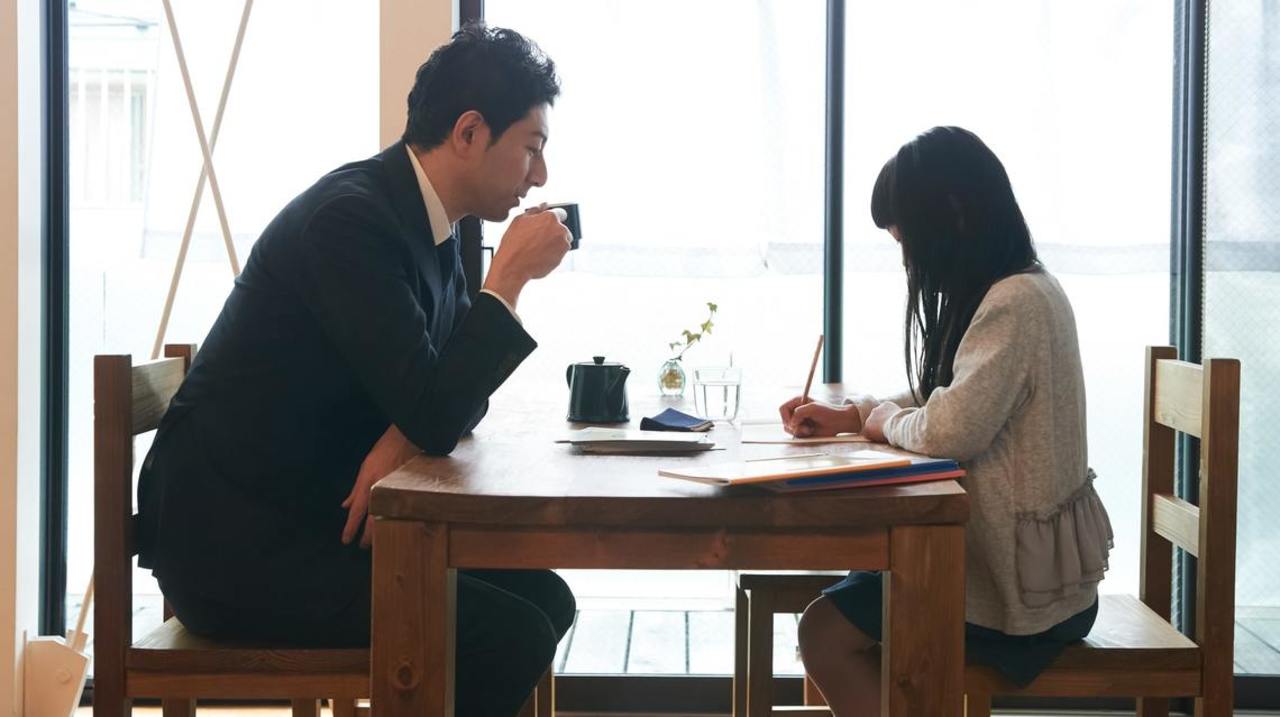 In his book, ‘Dreams from My Father,’ President Barack Obama recounts his upbringing while living in Indonesia. Without the money to send him to the International School, where ex-pat children were educated, his mother supplemented his Indonesian schooling with lessons from a U.S. correspondence course.

“Five days a week, she came into my room at four in the morning, force-fed me breakfast, and proceeded to teach me my English lessons for three hours,” said Obama.

All this happened before he went to school, and she left for work. When he would resist, her defense was: “This is no picnic for me either, buster.” But she persisted. As a result of this rigorous schedule, Obama was later admitted to a prestigious private school in Hawaii, attended Ivy League universities, and eventually became President of the United States.

What’s striking about this story – besides the power of perseverance – is how involved his mother was. She pushed Obama past his excuses and guided him to educational success that led to an enriching career.

This is no coincidence.

Extensive research has shown that student achievement in school is accelerated when their parents are involved in their education. Analysis conducted by the National Institute of Child Health and Human Development (NICHD) Early Child Care Research Network, found this to be true.

The study investigated children’s trajectories of academic and social development across 1st, 3rd, and 5th grades (sampling of 1,364 students) using a hierarchical linear model. This examined associations among maternal and teacher reports of parent involvement and children’s standardized achievement scores, social skills, and problem behaviors. Parental involvement in school-based activities appeared to have the greatest effect on kids’ grades, but home-based parent involvement, which includes discussions about school, reading with children, and helping with homework, also played a vital role.

The U.S. Department of Education defines parental involvement as parents and family members who volunteer at school, join parent-teacher conferences, sign up for parenting workshops, attend school plays or sporting events, and are full partners in their child’s education. They list some of the benefits as students (regardless of income or background) who earn higher grades, test scores and graduation rates leading to postsecondary education; better attendance; increased motivation; decreased drug and alcohol use.

Is there a correlation between parental involvement and student success?

“I think [there is],” said Carl Kroeger. “Parental help usually equates to parental interest and expectations.”

As parents of twin boys who are now college freshmen, Carl and Alice Kroeger see the value of direct participation in their sons’ education.

For Mrs. Kroeger, parental involvement relates to student success – even at college. She referenced similar talks that she and her husband attended at San Diego State University (SDSU) and the University of Washington, where their sons are enrolled. Parents were advised to provide their children with emotional support and encourage them to make contact with their professors.

This engagement in their sons’ education is nothing new. Their journey began in pre-school.

“I was one of those parents making Peter Rabbit costumes for the school play,” she recalled.

This was due to her K-8 teaching background and her husband’s geological career that included math and science. Both of them are college graduates with parents who also attended university – Mr. Kroeger’s dad being a University of California Davis (U.C. Davis) professor.

As parents of young boys, they always volunteered. For Mrs. Kroeger, this was usually on a weekly basis. This helped her understand her sons’ learning environment, and create a relationship with their teachers, friends, and principals.

Besides the level of involvement, student engagement is often found to be augmented by parental influences such as parenting practices. Mr. Kroeger emphasized academic achievement as a “key to future success,” but also supported his sons’ sporting activities.

“I have always talked about college as a necessary step in their successful future, just as my parents did with me.”

For Mrs. Kroeger, family practices involved living in an environmentally-conscious home, which included waste management implementation such as recycling. Their family motto, “Don’t say one thing and do another,” ran through all their activities. This involved connection with a wider community – belonging to youth groups, attending church, and participating in competitive sports. For the Kroegers, this provided their sons the emotional, physical, and spiritual development that’s integral to their success.

Another element was the example they set as parents – such as their high expectations that their sons had to attend college. Throughout their schooling, they emphasized that “learning is exciting, learning is fun! And we’re growing in our abilities.” They were also honest with their children about their own challenges.

“We were open with them that in order to have peace in life, to feel like a whole person – it takes effort,” said Mrs. Kroeger.

They conclude that these mechanisms increase a child’s “sense of efficacy for doing well at school.” Kids whose parents are involved in their education are more likely to develop a strong, positive sense of ability for academic achievement than those children whose parents are not involved.

Students interviewed by Carl Azuz in a CNN Student News’ discussion would agree with these benefits.

Azuz asked 11 students across all racial backgrounds how parental involvement impacted their schooling.

One student said, “ Most of the time they’re busy, so… I have to be independent and take responsibility on my own.” When Azuz asked if this made it harder for him, his response was, “Somewhat.”

Another boy replied, “Well, my mom pushes me to do my best. I like to get good grades but sometimes if I’m feeling lazy… my mom is the one that keeps me straight.”

When Azuz asked how parental involvement in PTAs and extra-curricular activities helped students one girl said all parents need to know what their child was doing at school.

“You need to know what kind of environment they’re in, who their teachers are, so you can relate to what they’re going through.”

But can too much parental involvement harm a student’s education?

“I think it can smother [your child’s ability] as an individual learner,” said one student. “It hinders student ownership of their own education.”

He suggested that if a student approaches learning from the standpoint of “if I get a B, my parents are going to know,” this hinders their fitness to learn from their mistakes and move forward.

Mr. Kroeger said he has always been an advocate for his kids in their education, but did not cross the line into meddling. However, he did approach one of his son’s high school teachers about his grade.

“Not to change a grade on a test, but to support [my son’s] inquiring about [the teacher’s] policy on late assignments,” he said. “[My son] was too shy and intimidated to ask for himself.”

Although this was helpful he found that he did go too far with helping him with his homework (before hiring a tutor).

“I was guilty of doing some of [my son’s] assignments for him.”

LT Yaleman would disagree with that approach.

“I did not do their homework but did pose additional work that supplemented their understanding of classwork,” she said. “Their work was their own and I reminded them that ultimately they were responsible for their end product.”

As a divorced mother of three daughters – two in college and one in high school, she would rate herself a 7 for involvement in elementary and middle school. High school and college?

Yaleman provided encouragement and feedback but always emphasized the importance of independent thought. Her parental practices involved leading by example and she strongly believes in allowing them room to fail and recover independently.

“Success is not measured by the number of mistakes one makes, but rather by the way one recovers from them.”

Yaleman volunteered in the classroom throughout her children’s elementary and middle school years. This was partial to support their teachers and administration and it “was a fun way to know what they did,” other than what they chose to share.

She believes in the benefits of involvement and wouldn’t advocate a hands-off approach (as she was raised). But she’s seen the extreme.

“I have personally witnessed a parent doing their child’s project at the desk of a teacher,” she said. “That was disturbing to me, and their child displayed entitlement issues from elementary to college.”

She acknowledged that although he was smart and progressed academically, he was “lacking social skills that keep me from calling it a success.”

As part of his research, Keith Robinson, a sociology professor at the University of Texas at Austin, conducted informal focus groups with his undergraduate statistics students at the University of Texas, asking them about their parents' contribution to their achievements. He found that most had few or no memories of their parents pushing or prodding them or getting involved at school informal ways. Instead, students described mothers and fathers who set high expectations and then stepped back. “These kids made it!” observed Robinson.

This didn’t surprise the Kroegers and Yaleman.

“Although my Dad was the professor, in many ways my Mom was more able to help with most subjects – both because of time and ability.”

Both families encouraged team sports for their children’s overall development, and the Kroegers also took their kids to live in France for a year. As a son of an academic, Mr. Kroeger grew up experiencing different cultures in England, and Germany. Living in France was a great experience for his family, both academically and socially. As a result, one of his sons is pursuing a degree in International Business at SDSU, focusing on France and western Europe.

Although this was enriching to her family, for Mrs. Kroeger the most important path to a child’s success is to listen to them.

“Listen to understand, even when they’re young,” she said. “Understand before making judgments. This takes a lot of listening.”

For Mr. Kroeger, involvement, “short of meddling” is great. It sends the message that academics are critical. Although athletic ability is important, he cautions Dads to place more involvement in their children’s academic success.

Yaleman sees a parent’s role as a guide to help children recognize their own potential.

As a beneficiary of parental involvement, President Barack Obama echoed this sentiment at a State of the Union address:

“In the end, there is no program or policy that can substitute for a parent. For a mother or father who will attend those parent-teacher conferences, or help with homework, or turn off the TV, or read to their child. I speak to you, not just as a President, but as a father, when I say, responsibility for our children’s education must begin at home.”