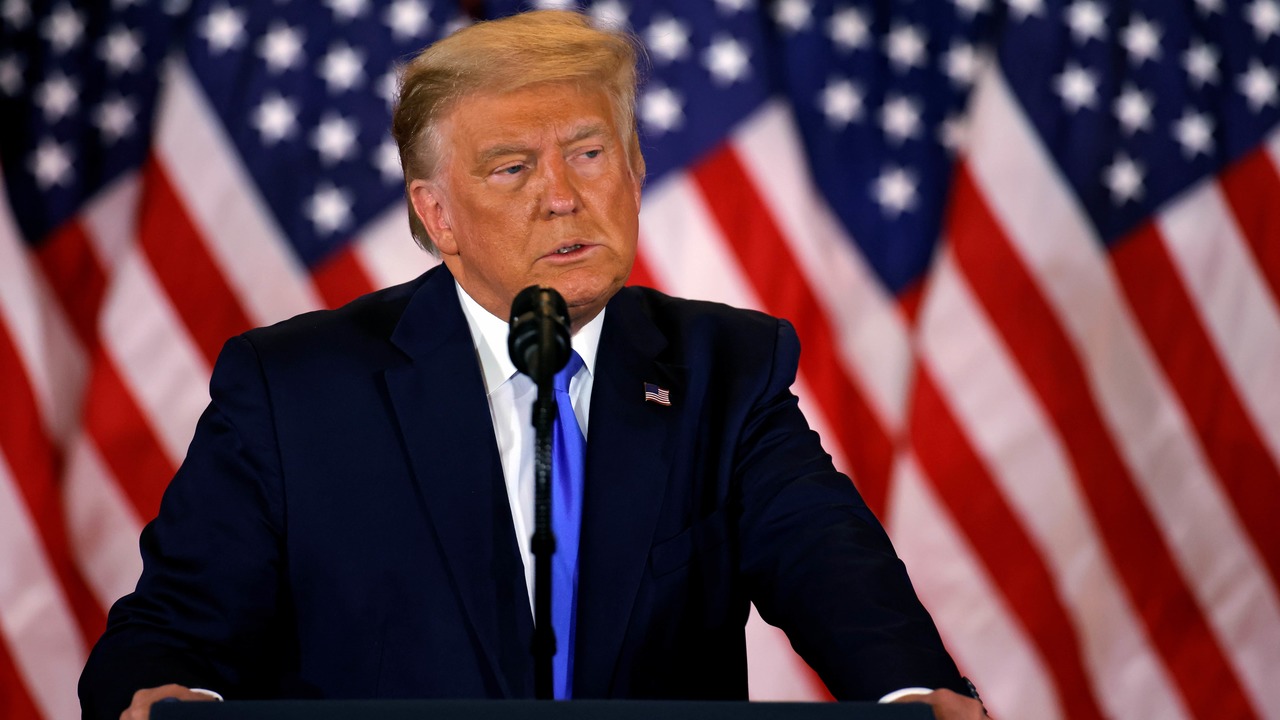 As the dust begins to settle from the American election, with a handful of states still counting votes, it is increasingly likely that Vice President Joe Biden will take over the White House next January. But the vote also provides clear evidence that Trumpism, the potent combination of America First isolationism and anti-establishment populism, has become a powerful force in American politics.

Despite an economic slump and a pandemic that has killed a quarter of a million Americans, Trump defied pollsters and political pundits to surpass his 2016 vote and come within a close margin of repeating his previous shocking victory.

The Republican party has become the Trumpist Party and it overshot pre-election predictions to maintain slim control of the Senate and gain seats, though not a majority, in the House of Representatives.

The deep polarization of the United States into two warring ‘red’ and ‘blue’ nations now seems set into stone.

Governance will be extremely difficult, even more so than we have seen in the last four years. The Republican party is going to be even more emboldened to be obstructionist in the Senate and House, making it almost impossible for the Democrats to pass the major legislative reforms they had in mind.

Biden will have to govern like Trump, by executive order. He may have some freedom to act in the realm of foreign policy, where the Presidency remains a powerful independent institution, but he will be constrained in many ways.

“I think the Japanese and the Koreans can take some comfort that Biden seems likely, albeit not guaranteed, to be the next president,” commented former Principal Deputy Assistant Secretary of State for East Asia and the Pacific, Evans Revere.

“But the election results showed that Trumpism, which has often manifested itself in a surly contempt for allies and alliances, efforts to extort our allies, and admiration for authoritarians and authoritarianism, has put down deep roots in our political culture. Fealty to Trumpism appears to have helped the Republicans hold the Senate, advance in the House, and almost win the presidency. We can expect the Republicans to rally around that banner in the coming years and, in doing so, block Biden's effort to govern. Sadly, dysfunction is likely to be the order of the day in Washington.”

Looking at the electoral map, it is not hard to see that the U.S. has become essentially two countries. One is Global America, formed by the west coast and the Northeast and Atlantic coast, areas where the economy is tied intimately into world markets and the flow of immigrants is accepted as necessary and even welcome.

Then there is America First, centered on the rural Mountain west and the South, extending into the Rust belt of the old-economy dominated Midwest, areas where the pursuit of a racially pure America has resonance. A handful of states are closely divided between those two camps and they now determine U.S. elections, as we have seen in the last two presidential votes.

“The fact is, we are, perhaps more than any time since the late 1850s, a divided country—divided not only by ideology and policy preferences but also by the way we see the world,” wrote Slate magazine columnist Fred Kaplan the morning after the vote.

“The two sides seem to occupy different universes. One universe observes facts, respects science, and values at least the goals of democracy and civility; the other universe does not. And the two view each other with seething contempt. Trump may wind up defeated, but Trumpism very much endures.”

What the vote actually shows

While the Trumpists outperformed expectations, a closer look at the numbers, and at exit polls breaking down the vote, shows that while the Democrats failed to deliver a much-touted landslide, it would be wrong to see this as their defeat. Crucially, they hope to regain the White House, the center of power in U.S. politics. Biden looks poised to win the overall popular vote by a wider margin than in 2016, and will amass a vote total that surpasses even Obama’s 2008 victory.

If current trends hold up, Biden will have flipped Arizona, Michigan, Wisconsin and Pennsylvania to the Democrats from the 2016 results. His electoral college total may hit 290, not that far from what Trump achieved (304) in the last election.

The exit polls conducted by Edison Research for the national media reflect the Democratic gains but also the lines of division within the electorate. Biden garnered a huge margin of victory among women – a gender gap of 13 percent – and among minorities (he was backed by 87 percent of blacks, and two thirds of Asians and Latinos). Young people, those under the age of 30, voted by almost two-thirds for Biden, and so did a clear majority of college graduates. Looking down the demographic road, that portends well for Democrats.

Trump, as was the case last election, prevailed among whites (57 percent) and by a smaller margin among those over 65 years old. The belief that Trump has captured the working class vote in the U.S. does not hold up in these polling results – those without college degrees split in half between the two candidates, and Biden won 57 percent of those from union households. Trump actually did better among the wealthy, only getting majority support from those with incomes of $100,000 or more.

The exit polls show something more fundamental to the election outcome – the split between those who felt the economy was the most important issue, and who felt they are better off today, and those who were most concerned about the pandemic. Trump campaigned to deepen that divide, dismissing concerns about the Covid plague and promising to return to economic prosperity. That message clearly helped him to partially overcome his mishandling of the virus and the glaring problems of racial inequality.

Underneath those issue, the polls reveal a significant part of the American population that admires, even reveres, the authoritarian personality of Trump. Among a third of the electorate, some 71 percent said that the candidate who is a “strong leader” mattered the most in making their choice.

Can Trump create a crisis?

The deep divisions are already driving Trump’s bid, which began before the election even took place, to overturn the outcome. Trump claims the election was stolen from him and is mobilizing his militia-fueled base and the federal government to spread his claims, which have no actual basis in fact.

A lawsuit to challenge the Pennsylvania count of mail-in ballots is underway, along with legal actions in Michigan and calls for a recount in Wisconsin. More may follow in Arizona and Nevada, where the ballot count continues. Already we have seen protests organized by the Trumpists and the danger of violence is in the air.

“Trump's election challenges can go south and violence could happen domestically,” worries a senior U.S. intelligence official. “Of much greater concern is that COVID-19 is going to be very, very, bad late Fall and Winter, and the consequences could be dire for health care and the economy.” Under such circumstances, “avoiding a constitutional crisis at this time may only be short-term.”

While the U.S. is going through what could be a chaotic transition, with a weakened Biden administration waiting to take office, there are other dangers, the senior intelligence official warns.

“I am extremely concerned about possible hazards during the transition,” the official told me. Trump could make national security decisions that will place the new Biden Administration in an extremely difficult position as they take office, he says. He may very well immediately conduct a major personnel purge at the CIA and the Defense department and fire health policy experts like Dr. Antonio Fauci who has been critical of Trump’s attempt to ignore the spread of the virus, the official predicts.

Globally, foes such as China and Iran will likely be cautious, anticipating a less chaotic situation under Biden. But, others may act. Israeli leader Bibi Netanyahu, who has invested massively in his backing for Trump, “will be in a panic and will do everything in his power to persuade Trump to take decisive (HISTORIC!) action on Iran,” the intelligence official says, “maybe a major air attack on Iranian military facilities or sensitive infrastructure in Iran. Iran's response could include terrorism and covert warfare during the early days of a Biden Administration.”

In East Asia, the tensions across the Taiwan straits pose similar dangers, or the South China Sea, as does the North Korean situation, all arenas where Trump could act to set fires before leaving office. In recent months, the President has sealed himself off from the intelligence community and senior national security officials. There would be few voices to argue against reckless tactics, particularly if his attempts to block the election loss fail. “Policy distraction has occurred in the past, and Trump will have little use for US intelligence unless the intelligence is distorted or cherry-picked,” the senior intelligence official warned.

We have entered a new and unpredictable phase of the crisis of American democracy. The only thing that is certain is that hopes to seal off the spread of Trumpism have failed as miserably as the U.S. response to the Covid virus.