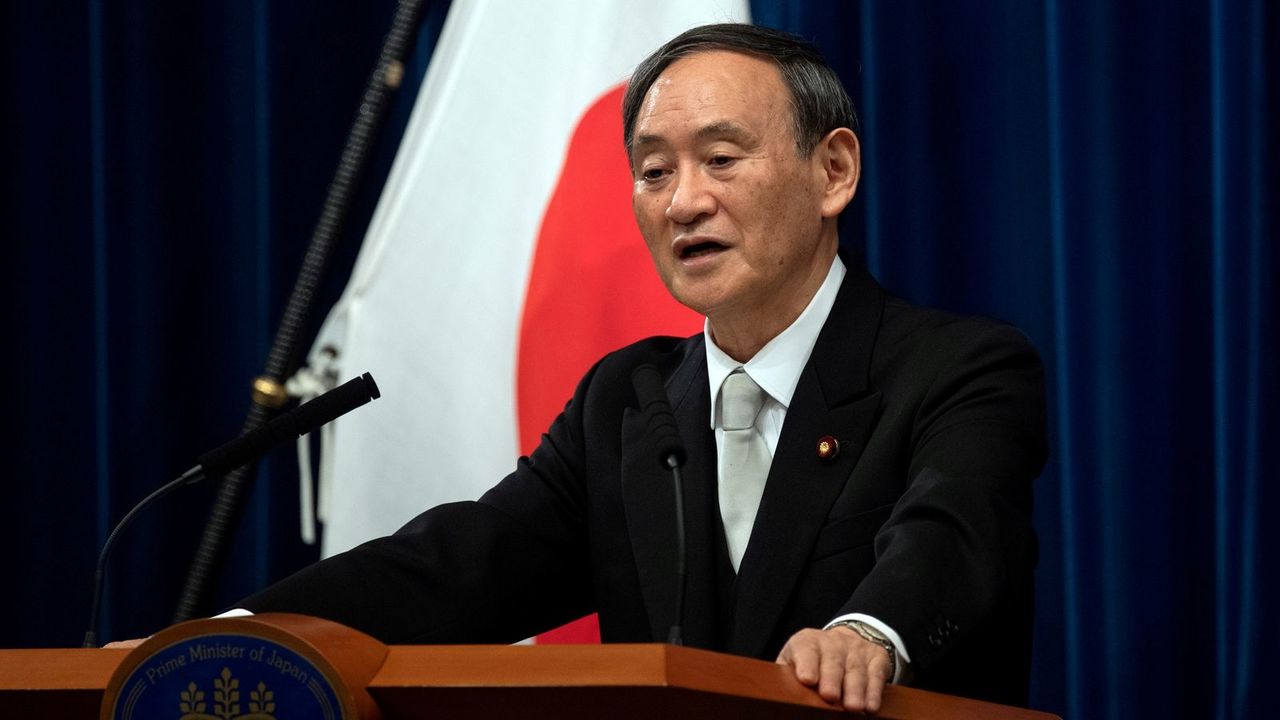 The flashy images of new North Korean missiles, including a massive long-range missile and a new submarine-launched weapon, rolling past the reviewing stand in Pyongyang rang alarm bells in Tokyo. The display of North Korean ability to strike all of Japan, and beyond, adds new urgency to the need to come up with a viable plan for missile defense after the decision to halt installation of U.S. supplied advanced radar and missile interceptors in two locations along the Japan Sea coast.

For the newly installed administration of Prime Minister Suga Yoshihide, facing the ongoing pandemic and a shrinking economy, this may be its most difficult challenge.

Japanese defense planners are now considering alternatives to the Aegis Onshore systems. One option is to move the missile interceptors off the land, setting them up on ships or on platforms like oil rigs, leaving the radar onshore. The more controversial idea is to shift the emphasis from defense to offense, using long range missiles to strike potential North Korean missiles before they are launched.

The United States defers to Japan to make its own decision. But behind the scenes, leading American and allied defense experts who are in close touch with the Pentagon question whether Japan has the resources to do either option. More seriously, they worry that it could reflect a loss of faith in the reliability of the U.S. guarantee to respond to a North Korea attack on Japan, particularly a limited strike – what experts call “extended deterrence.”

“Japanese don’t know how willing the U.S. would be to strike North Korea in case of a limited attack on Japan,” for example if a ship is attacked, says James Schoff of the Carnegie Endowment for International Peace. “Are we going to risk a war on the Peninsula because we are striking back on Japan’s behalf. We might not. If there is an all-out attack, of course,” adds Schoff, a leading expert on Japan and a former Obama administration defense official who would be likely to join a Biden administration.

American defense experts see some value in Japan having a strike capability, similar to other U.S. allies. But they insist it should be integrated with existing U.S. defense forces, even tied into a closer joint command. “If you can integrate it and make it an alliance capability, the U.S. sees it as force multiplier and that is a good thing,” says Schoff. “Even if they have less confidence in the alliance, they are not going to be able to do it on their own without us.”

The American experts point out that the costs of having a credible strike capability would be massive, well beyond the limited missile defense systems like Aegis. The missiles cannot be used without a complex infrastructure of intelligence and reconnaissance systems, like satellite surveillance, that would be able to locate and target a North Korean missile battery. There would need to be cyber, space and electromagnetic capabilities to attack North Korea’s defense systems as well. They question whether it makes sense for Japan to waste limited resources for capabilities that the U.S. already has in place.

U.S. defense officials have long pushed for Japan to be more willing and able to come to the assistance of U.S. forces in case of a conflict. Inside the Pentagon, say experts in close touch with officials there, there is backing for Japan to be more “forward leaning.” They welcomed the 2015 changes in Japanese defense legislation to allow that to happen, at least in theory.

“But when you get into Japan being able to strike another country, I don’t think there is going to be an outpouring of support,” says Jeffrey Hornung of the RAND Corporation, a leading defense policy thinktank. “The only argument for doing it independently of us is the assumption that the U.S. extended deterrence won’t be there. I can’t imagine that the U.S. would not fulfill its commitment to Japan if there is any conflict in the region.”

In fact, Japanese defense planners and conservative politicians have been discussing this possibility for a long time, going back even to the 1950s. Such talk re-emerged after the North Korean missile test that overflew Japan in 1998 but was rejected on the grounds that it went beyond the principle of senshu boei, or exclusively defensive defense. But beginning in 2003, when North Korea withdrew from the Nuclear Non-proliferation treaty, followed by missile tests and then the first nuclear test in October 2006, Japanese defense officials reasserted the right in principle to strike enemy missile bases “at launch.”

In an interview in the spring of 2007, Col Tanaka Kota, then the head of the missile defense planning office in the Japan Air Staff Office, told this writer that effective missile defense would require around 500 Patriot batteries. While the acquisition of the Aegis systems onboard Japanese destroyers added another layer, he told me it was more militarily logical to acquire an offensive strike capability. In a paper he wrote the previous year while at the Stimson Center in Washington DC, Tanaka argued that no defense system can be perfect and that Japan could not rely completely on U.S. deterrence. “It is not acceptable for us to depend on someone’s help to solve the issue of critical importance such as the nation’s survival,” Tanaka wrote.

While these ideas are not new, they have gained support since Donald Trump came to office, proclaiming an “America First” foreign policy that questioned the value of U.S. security alliances in Europe and Northeast Asia. In an interview published in March 2019, conservative politician Kishi Nobuo, the younger brother of former Prime Minister Abe Shinzo, was asked a deliberately leading question.

“A strong alliance would be very reassuring,” the Seiron interviewer asked, “but will an America committed to ‘America First’ really protect Japan from a DPRK (North Korea) nuclear attack? There is an opinion domestically that Japan should have foreign base attack capability for retaliation/punishment deterrence purposes.”

Kishi, who has since been appointed as Defense Minister in the Suga cabinet, replied:

“Through Aegis Ashore, we are strengthening missile defense. However, in case of a saturation attack on Japan, we have to directly face the possibility that we cannot intercept all missiles. The United States has taken on the role of a ‘spear’ in the U.S.-Japan alliance but I can understand discussion over whether it is ok to rely on the United States when our national survival is at stake.”

While such talk worries Western defense analysts, they generally believe Japan will not head down this road. One reason is the sheer cost involved. “It seems crazy to me to even think about a precision strike capability on a 1% of GDP budget given all the other pressures,” says Corey Wallace, an expert on Japanese security policy at Kanagawa University. And even if Japan were to scale up its defense spending, it would face other barriers such as the lack of manpower and the shortfalls in recruitment, adds Wallace.

American experts also worry about the political resistance to this policy within Japan and from Japan’s neighbors in South Korea and even China. “Would Japan actually implement this and pay the political capital to overcome domestic and foreign resistance,” asks Bruce Klinger, a respected analyst of Japan and Korea at the conservative Heritage Foundation.

Japan is already committed to buying extended range missiles for the new F-35 fighters purchased from the U.S. and on the F-15 fighters already in the Japanese air fleet. The other possible options would be to acquire ground launched Tomahawk cruise missiles, which the U.S. has never offered, or for Japan to develop its own ballistic missiles. That would be a major shift that would potentially destabilize the region, American defense experts worry.

U.S. defense experts instead favor a strengthening of Japan’s missile defense systems, with only a limited strike capability operated in close coordination with American forces. They were surprised by then Defense Minister Kono Taro’s decision to suspend the Aegis Onshore program. U.S. officials were hoping the new onshore systems would allow them to redeploy U.S. Aegis-equipped destroyers now stationed off Japan. It would free up Japanese and U.S. destroyers to concentrate more on the Chinese challenge in the southwest, points out Wallace.

American defense officials clearly would prefer the Aegis Onshore system to go ahead but carefully avoid criticism and say they are ready to consider the off-shore ideas coming from the Japanese side. There is serious skepticism however about whether the proposals currently being discussed can work. Placing the interceptors on ships offshore would strain an already growing shortage of manpower for the Japanese Maritime Self Defense Forces, experts note. Deployment on ships is vulnerable to disruptions due to weather. And an oil rig type platform would have be located close to shore to link to command systems. Maintaining secure and rapid communication with the onshore radars also poses a challenge. Privately, they anticipate a decision either to build another Aegis destroyer, pulling assets from other parts of the Japanese navy, or going back to the onshore version.

Left unsaid is what the outcome of the U.S. election may have on this debate within Japan. Will a Trump re-election, which may lead immediately to tough negotiations on sharing defense costs, push Japan to go faster down an independent route? Or will a Biden victory provide reassurance about American extended deterrence and give support to a more limited missile defense approach. We will have to wait and see.