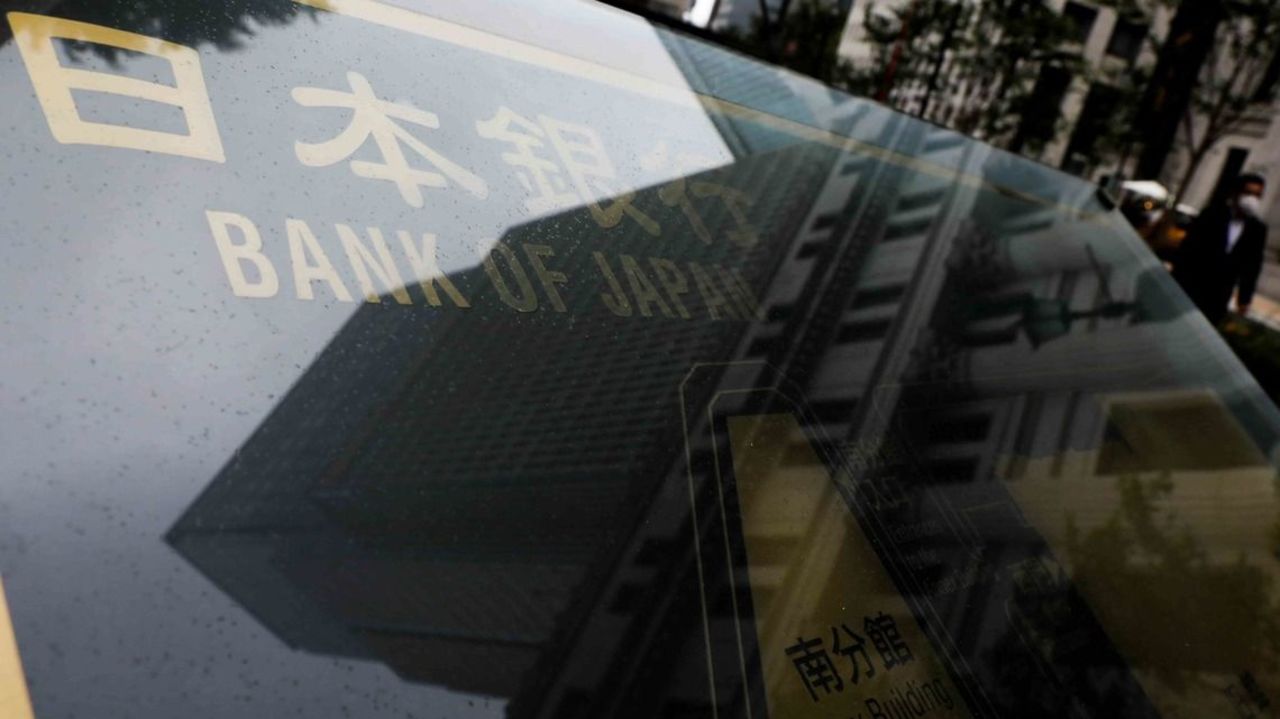 A financial crisis at the regional banks is one of the hazards that will confront incoming Prime Minister Yoshihide Suga, particularly if the economic downturn arising from COVID is prolonged. Even before COVID, Finance Minister Taro Aso told a New Year’s party held by the Regional Banks Association of Japan that, “The crunch moment will come for regional finance in the next two years.”

In May, the Bank of Japan (BOJ) warned in its Financial System Report, “Domestic and overseas financial systems had accumulated various vulnerabilities due to the search for yield under the prolonged low interest rate environment, even before the outbreak of COVID-19. Should the substantial deterioration in the real economy [from COVID] be prolonged, full-fledged financial adjustments through such vulnerabilities could give rise to a negative feedback loop between the real economy and the financial sector.”

Since many economists believe that it will take 2-4 years before the economy returns to pre-COVID levels, the likelihood of this scenario is rising. Heizo Takenaka, a close adviser to Suga, wrote in reply to our questions, “I am honestly worrying about potential risk of bankruptcies of some regional banks.”

Unfortunately, Suga is turning his eyes away from one of the roots of the vulnerability: the BOJ’s negative interest rate policy. Bank lending rates are so low that the banks are losing money on their core business: taking in deposits and making loans. In fact, even if the banks paid no interest on deposits at all, they still would not earn enough to pay their staff, the electricity bill, the expenses of Information Technology, and all the other day-to-day operating expenses. Unfortunately, when Suga was asked about this by Reuters, he downplayed the impact of the negative interest rate policy. Instead, he countered the main problem was “too many regional banks,” calling on them to merge and downsize.
This is an evasion. Downsizing, even if necessary, won’t solve fundamental dilemma. Ever since 1995, the BOJ has brought interest rates lower and lower. Today, a fifth of all loans charge less than 0.25, 37% charge less than 0.5%, and 70% of all loans charge less than 1% interest.

Two decades ago, loans charging less than 0.5% were virtually unheard of and few charged less than 1%. The regionals account for about half of all bank loans. Whatever the benefits of ultra-low interest rates to the macroeconomy, they come at a cost. While the costs are less than the benefits, they must still be addressed. That not been done.

Even the most zombified company can convey the illusion of being creditworthy at 0.25%. On a loan of just ¥50 million ($471,000), the annual interest bill would be just ¥125,000 ($1,180). Tens of thousands of fragile firms—those most vulnerable to a COVID-triggered downturn—are being propped up artificially.

Many of the same political leaders calling on the banks to slash jobs have pressed these very banks to lend at unprofitable rates to shaky firms in order to prevent closures and resulting job losses. That not only drags down the economy’s potential growth over the long haul, it also means that, as COVID sends borrowers over the edge, credit write-offs at the regional banks will soar. In May, the banks predicted their costs for bad loans would double this year, but it is really too early to know how bad it could get.

COVID may be the trigger, but it is not the fundamental cause. It just reveals the years of corrosion that have made the banks so vulnerable. As billionaire investor Warren Buffet often says, “Only when the tide goes out do you discover who's been swimming naked.” That root vulnerability is that, for years, the BOJ policy has decimated the profits and weakened the balance sheets of the regional banks.

How, then, are the regionals able to sustain overall profits? They have turned to all sorts of risky assets. One category is real estate-based loans and investments. That is fine when real estate prices are rising, but there is fear that COVID could hit property prices. In April 2020, for the first time in eight years, urban districts with falling prices outnumbered those with rising prices. Out of 100 districts surveyed, 38 showed falling prices and just one a rise in prices.

They’ve also been relying on risky securities, both Japanese and foreign, an area where they lack the skills and experience of the megabanks.

At home, the regional banks have repeatedly sold their investments in corporate stocks in order to realize profits. In fiscal 2018, such sales amounted to a huge 30% of their ordinary profits, up from just 4% in 2010. The problem is that this is not a sustainable source of profits.

On the foreign front, they have piled into American Collateralized Debt Obligations (CLOs). These “derivatives” are securities backed by corporate debt. The banks have limited themselves to CLOs rated AAA, but many mortgage-based derivatives also carried AAA ratings just prior to the 2008 meltdown.

In its pre-COVID October 2019 Financial System Report, the BOJ pointed out that Japan accounted for 15% of the entire global market for CLO. It went on to warn, “Japan's financial system... is becoming more susceptible to the effects of overseas financial cycles...Attention should be paid to a risk of a decline in ratings and market prices of CLOs in the case of a sudden change in economic and market conditions, since borrowers of leveraged loans are vulnerable to deterioration in business conditions and an easing in lending standards for these loans has continued in recent years.” While the megabanks have experience in this field, the regionals do not.

At two regional banks, Fukushima and Shimane, these investments blew up, forcing them to accept a bailout and de facto takeover by online broker SBI Holdings.

While these activities allow most banks to show profits, they enter the COVID era skating on very thin ice. All banks, the ratio of overall profits to assets has plunged from nearly 2% in the early 1980s to just 0.04% in the early months of 2020, but it is the regionals that are most vulnerable.

Worse yet, in what looks like a repeat of Ministry of Finance “forbearance” in the 1990s, the Financial Services Agency (FSA) has allowed the regionals to inflate apparent profits via some “creative accounting.”

It has permitted these banks to get away with posting very low loan loss reserves. In 2000, those reserves amounted to 3.3% of the value of loans; by early 2020, they were only 0.5%. These reserves fund write-offs when borrowers default.

They are deducted from profits; so, being able to forgo them allows the apparent profit and accumulated capital to look higher than it would with proper reserves.

The BOJ and FSA contend it’s okay for reserves to be negligible because formal defaults are low in an era when borrowers pay almost no interest and the economy is strong. But the whole point of loan loss reserves is to have a safety cushion when downturns come. How well this will work in the aftermath of COVID remains to be seen.

Despite all of this evidence, Suga contends the real problem is that there are too many banks and that mergers would reduce operating costs. To be sure, there are plenty of inefficiencies that should be remedied, and there needs to be an adjustment to the era of electronic banking.

However, that hardly seems the regionals’ main problem. In the past decade, the banks have reduced their operating costs for personnel and other basics by 7% even as they increased loans and deposits by 44%. During the banking crisis of the 1990s-2000s, the banks slashed both the number of branches and of employees.

As a result, Japan has a third fewer bank branches per capita than the typical rich country. So, while banks acknowledge the need to reduce costs—they’ve launched another round of employee reductions—it is hardly sufficient. Suga’s emphasis seems to be a repeat of the pattern seen too often in Japan: the illusion that merging two or three sick companies will yield one healthy company without a change in the fundamental business model.

Japan Display epitomizes the consequences of this illusion. An obsolete business model seems a bigger problem than excessive operating expenses.

There is a hopeful side to the story. Suga counts among his closer advisors Heizo Takenaka, who solved the previous banking crisis under Prime Minister Junichiro Koizumi. In his reply to us, Takenaka emphasized flaws in the fundamentals.

“Their business model is obsolete. They collect deposits, but they are not good at managing those funds. Their efforts to improve the situation have been quite limited due to lack of competition. This situation has been worsened by the low interest rate policy and COVID.”

He suggested that, “collaboration with other institutions will be one possible way” to strength these banks, pointing to Shimane Bank’s partnership with SBI Holding, which “has strengthened its ability of manage funds.” In the process, he said, “the number of the regional banks will be reduced.”