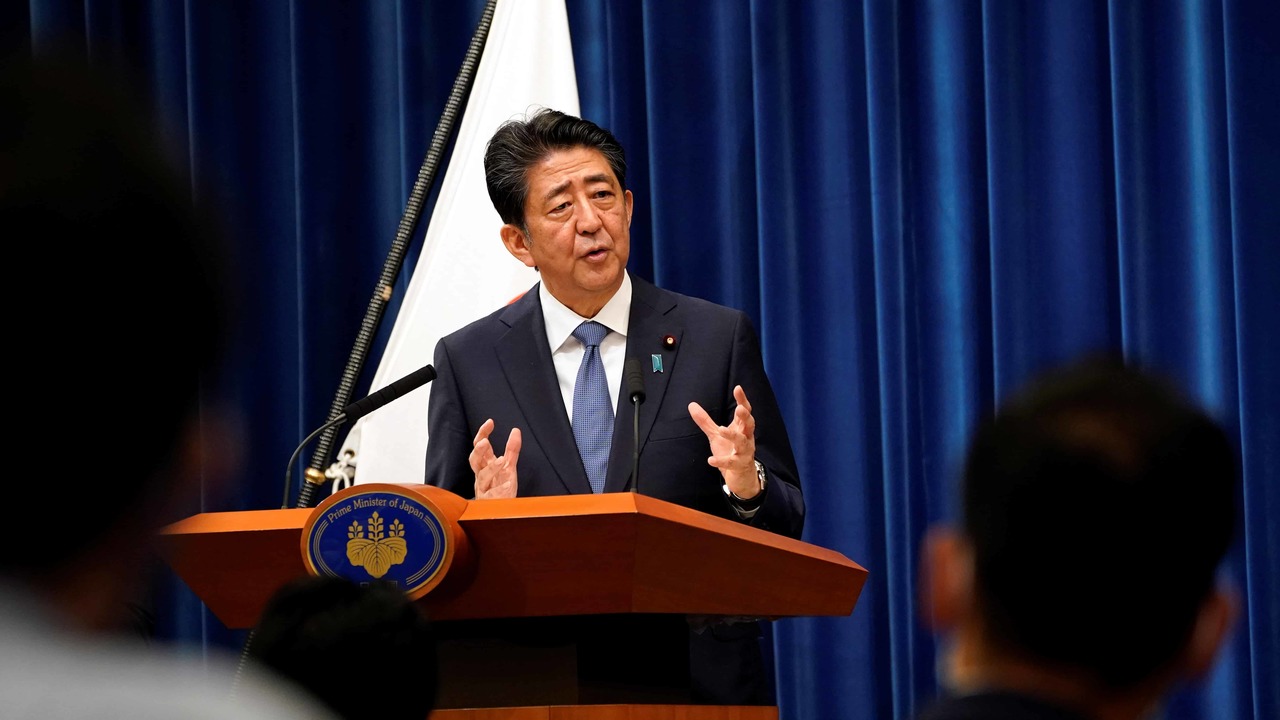 (Photo by Franck Robichon/Pool via REUTERS)

No matter what one thinks of Shinzo Abe and his policies, it is sad to see him forced off the stage because of this illness. Hopefully, doctors can find a way to treat it.

Aside from his longevity as Prime Minister, Abe will be judged first and foremost on his Abenomics. It was the claims of Abenomics that led the public to support him and acquiesce to other things they didn’t like. Unfortunately, the reality never lived up to the advertising.

Let’s look at Abe’s own measure of his success. He vowed to bring Japan to 2% real annual growth on a steady basis. He never came close. At the beginning, it appeared as if the economy was taking off. But that was misleading.

The economy had just gone through six years of a slump brought on by the global financial crisis by the time the LDP triumphed in the election of December 2012. GDP was down 1.4% from where it had been in the first quarter of 2007 prior to the global meltdown.

It was operating so far below full capacity use of labor and capital stock, that it was due for a spurt of relatively high growth to get back to full capacity. This came in the first five quarters of Abe’s tenure, from 2012-IV to 2014-I. GDP rose a total of 3.8%.

Then, Abe hiked the consumption tax and did so again in October 2019. Both hikes triggered mild recessions. Had Japan been fundamentally healthy, those would have been minor interruptions. But Abenomics had done nothing to elevate Japan’s potential growth rate on any long-term.

Then there is harm to people’s living standards. Price-adjusted personal consumption in 2020-I—again before COVID’s economic harm set in--was 0.5% lower than it had been when Abe took office.

Never before during the lost decades had Japan suffered a consumption downturn for as long a period. This came, not because people are unwilling to spend, but because tax hikes and real wage cuts reduced their income. During Abe’s eight years, real wages per worker fell 3.5%.

How about the famous three arrows?

The only arrow Abe took seriously was the first: monetary stimulus guided by Bank of Japan Governor Haruhiko Kuroda’s Peter Pan theory: “the moment you doubt whether you can fly, you cease forever to be able to do it.” Abe and Kuroda, however, acted as if the obverse were true: if you just believe you can fly, then you can.

They believed that the main obstacle to growth was lack of confidence and deflation and, consequently, conquering deflation would revive growth. In reality, despite Kuroda’s claim he could hit 2% inflation in a mere two years, he never came close. This has caused a rethink among those monetary economists who believed that a central bank could achieve whatever inflation rate it wanted if it just tried hard enough.

From April 2015 (Kuroda’s original target date for hitting 2%) through June 2020, so-called “core core” inflation (excluding food, energy and consumption taxes), averaged a negligible 0.2%. Rhetoric aside, the BOJ has more or less dropped that 2% goal. To be sure, 0.2% inflation is better than the -0.6% deflation rate seen during 1999-2012. But that has done little or nothing to stimulate growth. The fact is that deflation is not the cause of Japan’s problems, but a symptom.

As for fiscal policy: Abe applied both the gas pedal and brake, often at the same time. His tax hikes took spending money away from people. On the other hand, government spending accounted for a huge 42% of all GDP growth during his whole reign and a stunning 80% during 2014-I to 2020-I.

Despite Abe’s (unfulfilled) pledge to reach a balance in the primary budget (the whole budget except for interest payments) by 2020, Abe was forced to keep on running big deficits lest the economy suffer no growth whatsoever.

The third arrow—productivity-enhancing structural reforms—was mostly promises and boasts, with very little action. It was less a policy than a sales pitch to foreign investors.

A next big test of Abenomics will come when we see how resilient the economy will be in the face of the global economic impact COVID.

Why Biden Will Embrace The American Alliances in Northeast Asia