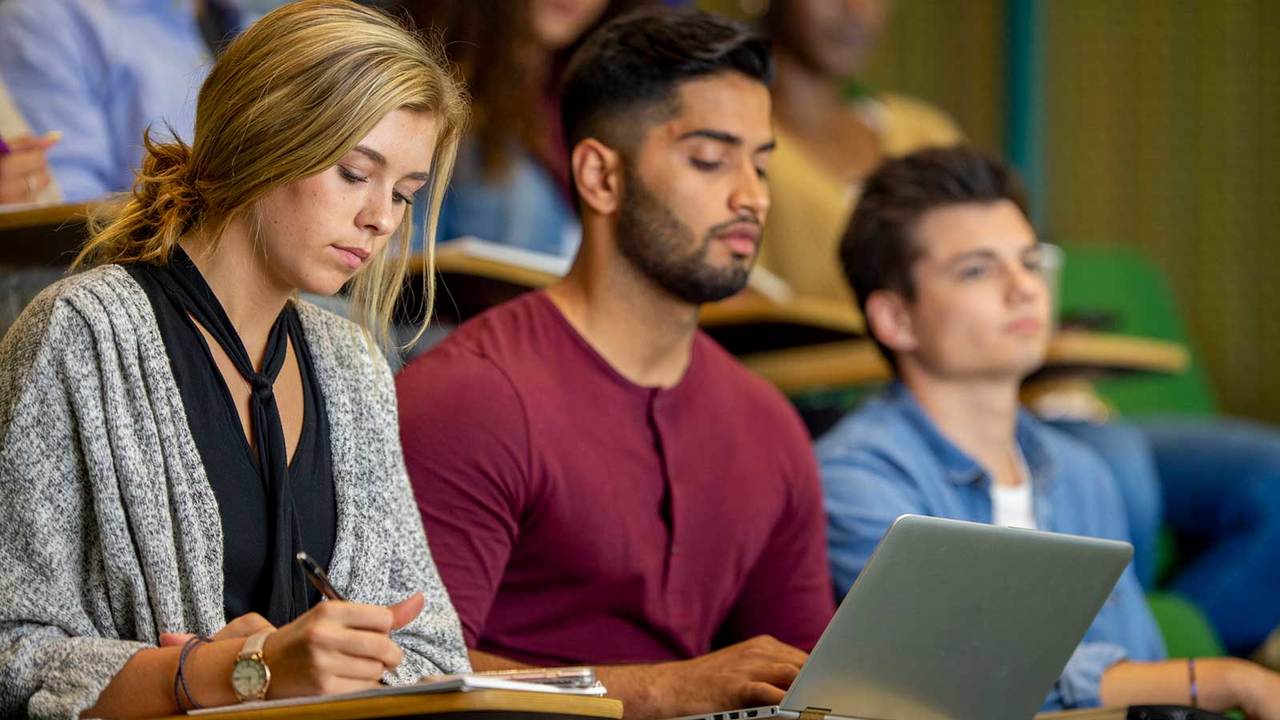 Today, more than 44 million Americans owe over $1.56 trillion in student loan debt, according to the Federal Reserve Consumer Credit Report. This is about $521 billion more than the total US credit card debt and over the auto loan debt which totals $1.2 trillion – making student loan debt the nation’s biggest consumer debt category, trailing only mortgages in extent and impact.

This colossal figure is not only owed by new graduates, but also those who’ve been out of school for a decade or more. According to Nitro, an organization helping families pay for and pay off college education, the “standard repayment timetable for federal loans is 10 years, but research suggests it actually takes four-year degree holders an average of 19.7 years to pay off their loans.”

With such debilitating costs, why do people still pay for college?

“The fact is, more than half of all jobs paying over $35,000 require a bachelor’s degree or higher,” said Senators John Thune and Mark Warner, “and that number is only expected to grow.”

According to research conducted by Anthony P. Carnevale, Jeff Strohl, Neil Ridley, and Artem Gulish, in their study entitled, “Three Educational Pathways to Good Jobs,” a Bachelor’s degree now accounts for 56% of all good jobs. This is due to larger demand for workers with at least a four-year college education. Around 74% of BA jobs are considered “good jobs,” making this the pathway to a majority of professional and technical jobs such as those held by doctors, lawyers, engineers, accountants, computer programmers, journalists, architects, managers, etc.

Most families and students recognize these statistics. So for them, college is the only route to promissory success. But countless families aren’t prepared for the expense.

The cost of attending many private universities is over $70,000 per year, including tuition, room, board, books and food, according to student lender, Sallie Mae. Non-private college education cost was around $15,367 in 2018, after scholarships and grants were taken into account.

Sallie Mae found that around 4 out of 10 parents aren’t saving for college. Among those who are, the average saved amount is $18,135. The high cost of college and the low rate of savings has led to the $1.5 trillion student loan debt.

For Sarah Anderson, a recent graduate of Northeastern University in Boston, these high costs aren’t justifiable.

“I don’t think that the costs of college justify what you gain from the experience,” she said. “College wasn’t worth the amount of money I put towards it.”

Anderson did note that higher education was important, especially for young adults to open their eyes to the world and different ideas.

“However, the stress surrounding the cost and debt that comes with it isn’t worth it,” she said. “I had some great professors and classes during my college experience, but even those didn’t warrant an annual cost of $60,000.”

For Anderson, what made the high cost seem “a little more manageable” was her ability to gain real-world work experience through co-ops and earn money through those co-ops to go towards tuition.

A co-operative education program (co-op) is an option for students to gain experience that includes paid full-time jobs that typically last from three to 12 months. Students are expected to complete at least two to three of such practical learning experiences, which provides them with more in-depth and extensive work experience.

Besides getting an edge over their peers, students can provide a significant contribution to an organization, according to Robbin Beauchamp, director of cooperative education and career services at Wentworth Institute of Technology in Boston. This contribution has allowed co-ops to help families offset some college costs, since students are working full time and have more money to contribute.

This is what allowed Anderson to graduate from college without student debt.

“While I don’t think the majority of the classes I took justified the cost of my tuition, the ability to have three co-ops that I could directly apply to my post-grad job was integral,” she said.

For her, graduating with a Bachelor’s degree and 1.5 years of job experience in the industry she’s chosen for a career was worthwhile. Although she doesn’t have student debt, her friends who graduated a few years ago have 25-50% of their monthly earnings going towards their student debt.

“Honestly, how are students going to pay for it?” said a student interviewed by USA Today. “You know, we’re going to graduate with what - $200,000 in debt for under-grad?”

She was voicing the outcry of many students – some that are so crippled by these loans, they’ve become homeless. According to a 2019 Hope Center for College, Community and Justice survey, homelessness affected 14% of those who attended a four-year institution. This was due to a combination of factors including rising tuition costs and financial aid packages that fail to keep up with the cost of food, gas, child care, and affordable housing.

Besides the threat of homelessness, student loan debt is affecting millennial’s marital and family planning decisions. This was a factor for Anderson.

“I would like to note that even though I don’t have student debt, the cost of education in America will impact my decision to have kids and has made jobs in Europe more appealing.”

This decision is common for many millennials, according to a 2018 U.S. Department of Labor’s National Longitudinal Study of Youth. The study saw a correlation between student debt and the delaying of marriage and having children.

These findings have caused student loan debt to become a major issue in the 2020 elections. A Suffolk University/USA Today poll found that education was one of the top five issues Democratic voters want candidates to discuss. Democrats running in 2020 like Bernie Sanders and Elizabeth Warren are making student debt a key element of their platform, proposing largely free higher education and forgiving most or all of the $1.6 trillion debt.

Others are taking a more measured approach. Senators John Thune and Mark Warner have introduced the bipartisan Employer Participation in Repayment Act. Currently, employers can contribute up to $5,250 each year tax free to help cover the education expenses of students who are working while taking classes. Their legislation would allow employers to provide the same tax-free contributions to their employees who’ve graduated and help them pay down their student loan debt.

There are also a variety of loan forgiveness programs such as Public Service Loan Forgiveness. Others include the Teacher Loan Forgiveness Program, the Attorney Student Loan Repayment Program or a Program for STEM Employees who live in Maine.

Graduates can seek out many of these programs that are applicable to their field to help manage or forgive their student loan.

How did Anderson graduate from an elite university with an average cost of $65,503 or $28,565 (with financial aid), without any student loan debt?

“Because my parents were able to save for my education over the years,” she said. “I’ve also worked part-time jobs since I was 16 years old, sometimes multiple jobs at a time.”

Anderson said without student debt, all of her earnings can go towards rent, food, and into her savings. She can also maintain a good credit score “without sweating too much.” This will help her rent or buy, purchase a car as needed and be in an overall strong financial position.

This was Chelsea McDonnough’s experience.

For McDonnough, a blogger who helped pay off her husband’s $125,000 student loan in three years, there was cause for celebration. Instead of focusing on the trillion-dollar student debt milestone, she used her blog to document a different kind of achievement.

“It’s our generation’s milestone,” she told Business Insider. “To get rid of the debt we incurred to go to school and try to get good jobs.”