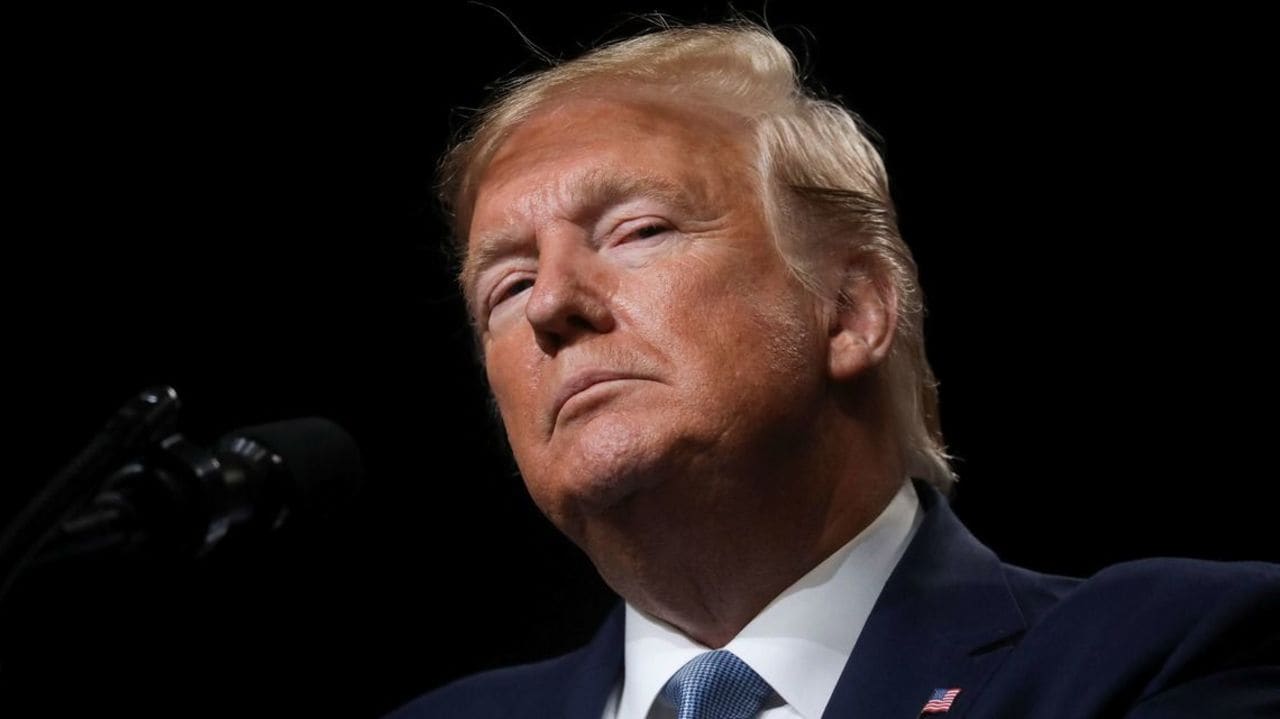 Japanese are understandably riveted by the procession of deadly storms marching across the Pacific Ocean toward their shores. But there is another catastrophe forming an ocean away that deserves attention too.

The American President is building up into a fury, driven by the prospect of his impeachment. And the winds being generated could bring a different kind of destruction to Japan and Northeast Asia.

The inquiry into the President’s conduct in Ukraine in the Democratic party-controlled House of Representatives is moving rapidly. Increasingly damning testimony by senior officials is confirming that the President and his close allies tried to pressure the Ukrainian government, by withholding Congressionally-authorized military aid, to help build a case of alleged corruption against his likely Democratic presidential opponent, former Vice President Joseph Biden.

If the House votes to impeach Trump, he will be tried in the Senate where a conviction would require at least 20 Republican Senators to cross the line. At this moment, that is unlikely, but that could change as we head deeper into this crisis.

“The likelihood of impeachment has risen quickly from highly unlikely just a few months ago, to highly probable today,” says former Assistant Secretary of State for East Asia and the Pacific Daniel Russel.

“The prospects of conviction by a vote of two thirds in the Senate currently seem very low. But we should bear in mind that this is a dynamic situation and that Trump’s behavior has rapidly become more problematic as the pressure on him has mounted,” Russel, who is Vice President of the Asia Society Policy Institute, told me.

Japanese readers need to grasp that the decision to investigate and impeach a president is incredibly rare in American political history. Congress has only twice passed articles of impeachment—against Andrew Johnson in the 19th century and against Bill Clinton—leading to a trial in the Senate. The Senate voted in both cases not to remove the President from office. A third president, Richard Nixon, resigned when it was clear that he was destined for a similar fate.

All three impeachment cases were deeply divisive moments in American history, led by the party that was not in power in the White House. No matter what the outcome of this situation, it is likely to send the United States to the verge of political civil war.

What is already clear is that the prospect of impeachment is consuming the President’s every waking moment, evident in the flood of Tweets and his recent rambling attempts to defend his record. The crisis is driving foreign policy decisions that are even more impulsive than previously, ones where he relies entirely on his own personal judgment and deeply seated beliefs.

“The political crisis at home means that on foreign policy, Trump acts like Trump...only more so,” comments Russel.

“Decisions with far-reaching consequences, such as green-lighting Turkey’s move against the Kurds in Syria, were made on the fly and entirely without deliberation or input from his national security team. Others, such as the defiant decision to award himself the lucrative contract for the upcoming G-7 meeting site, created strong political blowback from his own party — forcing a rare reversal.”

Does the impeachment crisis make Trump even more likely to take risks? Or less likely, fearful that it will generate resistance from his own party, whose votes he needs to avoid the ignominy of an impeachment conviction? There is no clear answer to this question.

Some observers believe Trump will be too embroiled in his troubles to do much of anything on the foreign policy front. “With impeachment, I think it’s even less likely that he will get anything major done in the next 12 months, either for good (a NK deal) or for ill (pulling out of alliance commitments),” former Obama Amb to Moscow Michael McFaul, the head of Stanford’s Institute for International Studies, told me.

While domestic politics may make him risk averse, “his recent actions suggest to me that his decisions are increasingly based more on instinct and impulse than they are on any calculation,” observes John Walcott, a contributing editor for Time magazine and an adjunct professor at Georgetown University’s School of Foreign Service.

While Trump has tended to avoid conflict, such as in the Middle East, he may see war as a way to rally the country if his impeachment troubles deepen, he warns.

Will Donald Trump Go to Pyongyang?

North Korea may be the most unpredictable test of the impact of impeachment and election on Trump’s foreign policy. The North Koreans have drawn a line at the end of this year, threatening to return to unrestrained testing and buildup of their nuclear weapons capability.

The abortive attempt to restart talks at a working level in Stockholm earlier this month suggest that Kim Jong Un still hopes to draw the President back into direct talks, where he can get sanctions lifted without giving much in return.

But impeachment may mean the clock is running out on talks, and a return to tensions, and even the danger of war, is increasingly likely.

“It’s certainly possible that the North Koreans could turn to an ICBM test to pressure Trump, but my concern is that they would misread the situation, decide that negotiations would go nowhere given disarray in Washington and thus they might as well take the opportunity to test and move to the next level in their force,” a former senior North Korean analyst in the U.S. intelligence community told me.

“I think that will set off a very dangerous action-reaction cycle, worse than we’ve ever seen, especially if it unfolds in the midst of a political crisis in DC.”

When it comes to the idea of another summit, this analyst believes the North Korean leadership would approach this with great caution.

“I can’t imagine that Pyongyang would want to have Kim Jong Un in the same room with Trump while this impeachment process is in play,” he told me. “Moreover, one would think the North Koreans would be leery of coming to any sort of deal with the US (especially one where they make irreversible moves on their nuclear program) when the US situation is in such turmoil.”

A Trump visit to Pyongyang, offering dramatic television, may still be possible however.

Officials involved in the administration's East Asia policy say the President continues to think he can negotiate a denuclearization agreement with Kim Jong-un if the two of them sit down together, reports Walcott.

“A return to ‘fire and fury’ would expose the failure of Trump’s approach and present yet another challenge to a president who vowed to end foreign military entanglements but has instead stumbled into crises in Syria and Iran.”

While Trump ponders a deal with Kim, he seems ready to embrace one with China’s Xi, even at the cost of his own policies. The months of tough negotiations to force China to adopt to serious structural reform, protect intellectual property, strip away the mercantile policies to promote technological competition, and open the Chinese market to global firms has been set aside. Instead Trump eagerly settled for a so-called Phase One agreement that basically amounts to overinflated claims of Chinese agricultural purchases designed to win votes in farm states like Iowa.

“Senior officials in the U.S. Government believe quite widely that deepening political trouble at home is likely to make the President more anxious to strike deals abroad that he can trumpet as victories,” veteran Washington correspondent Walcott told me. “Facing increasing unrest in the farm states he carried in 2016, for example, he's already tried to do that with a China trade deal, which apparently isn't even a deal yet. If it is, it is a hollow one.”

One place where Trump’s impeachment troubles may show up is in the talks with Japan and South Korea on defense cost burden sharing. Talks with South Korea are about to begin and the Host Nation Support agreement will be negotiated with Japan from early next year.

According to senior officials, Trump is demanding that the Koreans and Japanese pay 5 times more than in previous agreements -- $5 billion from Korea and $7.5 billion from Japan.
It is not yet clear how serious those demands will be. “Maybe it is an opening position,” says a former senior State Department official, “maybe it is NOT.”

The demands that U.S. allies shoulder more of the cost of defense is a popular one among many American voters, and certainly for those who back Trump and his America First stance. Nor does Trump seem to care what those allies think about the reliability of the United States as a global power. Increasingly, Trump under fire at home, and isolated within his own administration, is reverting back to his core beliefs.

For Japan, this may be more destructive than the storms now pounding the country.