Japan's Foreign Policy Dilemma: Who To Listen To In Washington 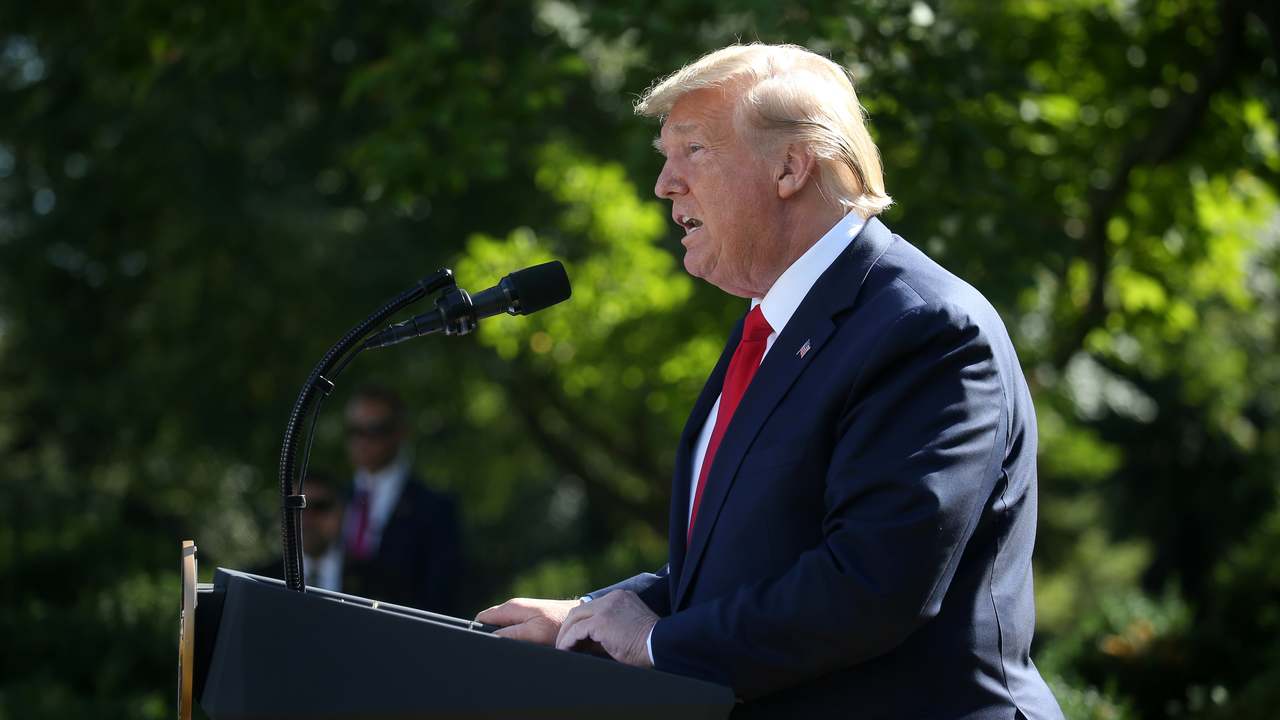 In recent days, senior American officials rolled out a series of unusually direct slaps at both Tokyo and Seoul, alarmed over the deterioration of relations between its two principal security allies in East Asia.

The Americans were already unhappy but South Korea’s decision not to extend the defense intelligence sharing agreement with Japan, undermining trilateral security cooperation that Washington has carefully cultivated in recent years, struck directly at American interests.

“I remain very disappointed…that both parties are engaged in this,” U.S. Defense Secretary Mark Esper told reporters on August 28.

On that same day, Assistant Secretary of Defense Randall Schriver spoke at length about this, leaning a bit harder on the Moon Jae-in government for disregarding “the serious security challenges we face in Northeast Asia,” but also pointing to Japan’s decision to impose export controls against Korea as “contributing to tensions.” Schriver called on both sides to step back – “when you are in a hole,” he said, “stop digging.”

There is no sign, however, that either the Moon administration or Prime Minister Abe Shinzo are listening to these unusually frank admonitions from U.S. officials. Why? The answer is simple – they are listening instead to President Donald Trump, and his message is quite different.

When Abe met with Trump on the sidelines of the G7 meeting in France, only days earlier, the President never uttered a single word about the Japan-South Korea tensions. Instead their discussion focused almost entirely on trade, and to a lesser degree, North Korea, a senior member of the Prime Minister’s National Security Secretariat told me.

“Trump could not care less” about the Japan-Korea dispute, says Michael Green, the former Senior Director for Asia on the Bush Administration’s National Security Council. “The administration has completely abdicated leadership,” he told me.

The Japanese government does pay attention to the professionals within the administration on some issues – on trade for example, they take Robert Lighthizer, the U.S. Trade Representative, very seriously. And where their interests overlap with some voices inside the administration, such as on North Korean missiles, the Japanese side promotes their views.

“On issues where they don’t want to be bothered, like Korea, the Japanese ignore them,” says Green. “They can just blow them off.”

There is another reason why Japanese officials do not listen to the even-handed pleas of U.S. administration officials – as long as the blame falls mainly on Moon and Seoul, they are quietly happy.

“The President may not know so much about the GSOMIA issue itself,” the senior Japanese national security official told me, referring to the defense sharing agreement, “but I think he understands now that Korea has started to compromise U.S. security interests.”

That view of South Korea extends from Trump on downward. Senior American officials are largely more sympathetic to Japan when it comes to the dispute with their neighbors. “[National Security Advisor John] Bolton found the Koreans annoying,” says Green, who heads the Japan program at the Center for Strategic and International Studies (CSIS) and remains in close touch with senior administration officials.

“I don’t think Bolton, or Trump, or [Secretary of State Mike] Pompeo seem to care or understand about keeping our allies on side,” he adds.

There are a number of steps that the U.S. could have taken to try to find a way to halt the drift toward breakdown in relations between their two allies, Green and his colleague Victor Cha, also a former Bush NSC official, wrote in a Korean newspaper.

The U.S. could have called for a trilateral meeting on export controls, or sent former senior officials to try to mediate. But the reality is that the President has no interest in promoting this effort.

In Seoul, the perception of a pro-Japanese bias in American policy is deeply held at the highest levels of the government. The Moon administration called in the American Ambassador to complain about the public comments, not only about GSOMIA but also the U.S. objections to the military drill that was held around the disputed islands in the Sea of Japan.

While Tokyo is eager to embrace Trump when it comes to the dispute with Seoul, the chaos in U.S. policy making is much more problematic when it comes to serious problems like trade and North Korea.

The recent string of tests of short and medium range ballistic missiles by North Korea once again exposed a clear and serious gap between the views of Trump and Abe. As both senior Japanese and American defense officials know well, the North Koreans are testing systems designed to evade missile defenses and hit targets in South Korea and Japan, particularly U.S. military bases.

It is no secret that Trump and others, including Secretary of State Mike Pompeo, see no real linkage between the threat to the United States itself posed by North Korean long-range missiles and the shorter-range rockets that can only reach Japan and South Korea (and U.S. bases and forces there). Japanese officials have strained to conceal that reality from the Japanese public but the exchange that took place with reporters in France stripped away that facade of unity.

The Prime Minister’s office does its best to spin away this gap. Trump’s statements are a product of “his intention to build an atmosphere to force North Korea to resume talks on denuclearization, which is the most important issue,” the senior official told me. When talks with North Korea collapse, as they expect, Trump will shift his position.

The reality is that Trump may just as easily make a partial denuclearization deal with Kim Jong Un, leaving the North Koreans with a missile force capable of striking Japan, equipped with nuclear weapons. That is why Bolton and others inside the administration quietly encourage Abe to raise this issue with Trump, hoping to keep some pressure on him not to head back to another summit with Kim.

The trade deal that is not a deal

When it comes to the trade talks between Japan and the U.S., the problem of the division between Trump and the officials who serve him is equally severe.

The agreement in principle announced by President Trump and Prime Minister Abe at the G7 meeting was a tribute to the hard work done by the negotiating teams led by Minister Motegi Toshimitsu and Lighthizer. It is a narrow agreement, one which potentially gives greater access to the Japanese agriculture market in exchange for backing off on the threat of increased auto tariffs or restraints on the number of Japanese auto exports.

Even some critics of the President’s trade policies, such as former trade negotiator Wendy Cutler, greeted this as “welcome news.” But as is increasingly evident, there is no trade agreement, yet. “Things are moving in the right direction,” a senior Japanese negotiator told me, but key issues remain unresolved.

The problem, as usual, is with Trump himself. The President was mainly interested in trumpeting the inflated claim that Japan would buy “massive” amounts of corn and wheat as a present for American farmers who are growing increasingly uneasy about his trade wars.

Abe was notably more careful in stating what Japan would do and also made it clear that as far as the trade agreement is concerned, there is considerable work to do yet on both the content and the wording of an agreement.

The agriculture and digital pieces of this agreement are not the obstacle – the negotiations have essentially just reproduced the agreements already reached with the Obama administration during the negotiations for the Trans Pacific Partnership (TPP), with some minor changes.

What is far from clear is whether Trump is ready to give up – clearly and in writing – the threat to impose huge auto tariffs under Section 232 of the U.S. trade law. This is Japan’s red line and Japanese negotiators insist they will not give the agricultural access without getting this in return. Privately Japanese negotiators fear that Abe might make a bad bargain with Trump, out of his own desperation for a deal, and settle for a vague Trump promise.

American experts are mostly skeptical as well. One complication that has not surfaced is that Trump wants to see a massive increase in the Japanese contribution to the costs of U.S. forces in Japan.

According to well-informed sources, Trump told negotiators to demand a 60-70 percent increase in funding, a small compromise from the doubling of spending he originally sought. Those sources warn that Trump will want to use the threat of auto tariffs as leverage in the defense cost sharing talks, which begin in January.

As the election campaign intensifies, Trump will be reluctant to give up the tariff club, which he likes to wave at his rallies. “I don’t see them getting to yes,” predicts Green. “On this, the Japanese, like the Chinese, are playing out the clock.”

Lighthizer will do his best to negotiate a reasonable bargain. But as a former senior trade negotiator, in close touch with Lighthizer, told me – “there is never a real deal with Trump.”

Work-Life Balance While Parenting In Place