Beneath The Calm Surface Of US-Japan Relations 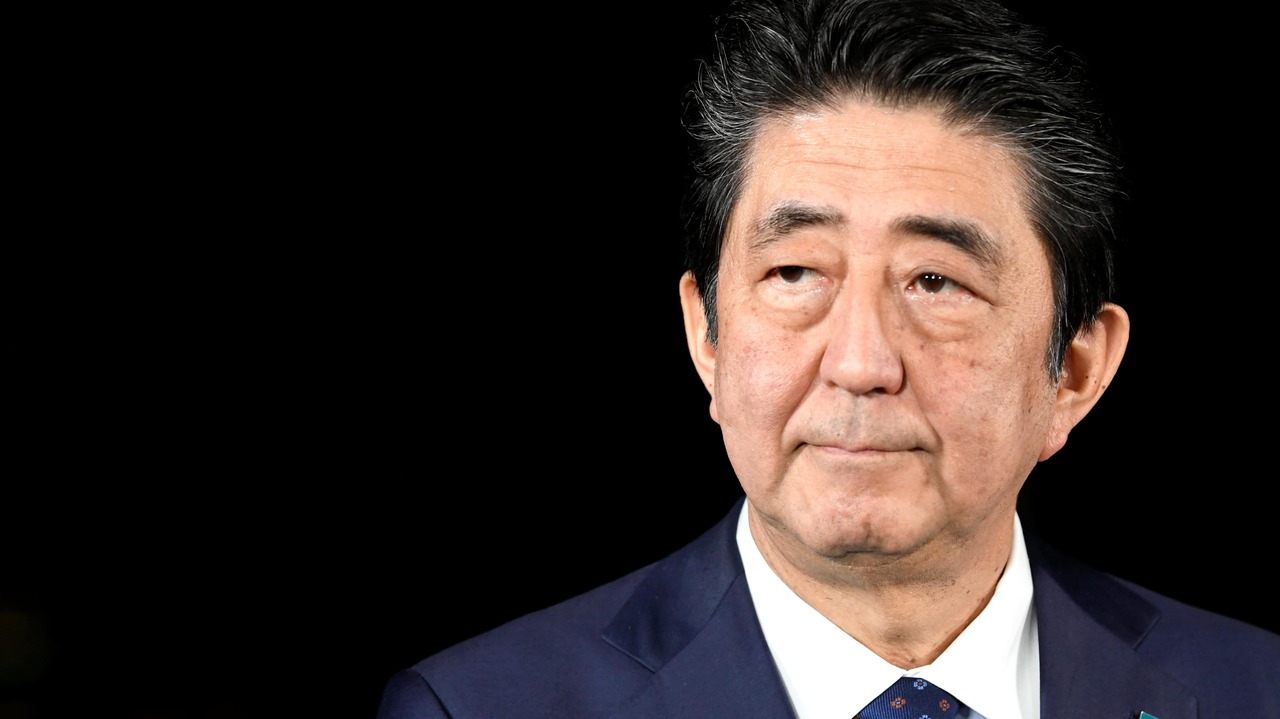 There remains a sense of calm, on the surface, in Tokyo regarding US-Japan relations. Japanese officials understand the challenge to the international order represented by Donald Trump but they see no choice but to make the best of a bad situation. And it is in the interests of Prime Minister Abe Shinzo to continue to exude confidence that relations are in great shape and that Japanese concerns are being heard and respected in Washington, in part thanks to his considerable personal diplomacy with President Trump.

Beneath the surface, however, there is a growing sense of unease here in Tokyo about where things are heading. First on the list is the Vietnam summit with Kim Jong Un now scheduled for the end of this month, followed by worries about China policy and the trade war with Beijing, and last, but hardly least, the upcoming trade talks with Washington.

Japanese concerns about the North Korea negotiations are neither new nor a secret. Abe has made these known to the President repeatedly. They center on the possibility of a deal that falls well short of denuclearization, even initial steps in that direction, and that would effectively lead to de facto recognition of North Korea as a nuclear weapons state.

More specifically Japanese leaders and policy makers fear an agreement that would decouple their security from that of the US and South Korea, particularly one that would aim at removing long range ballistic missiles but leave in place the shorter-range missiles and the miniaturized warheads that could be delivered to targets in Japan.

Recent reports out of Seoul feed those fears. Korean media have reported, citing unnamed Korean government sources, that the U.S. is seeking a list of experts in North Korea who have been directly involved in the development of its intercontinental ballistic missiles (ICBMs).

Hankook Ilbo, citing those sources, reported on February 8 that the US negotiating team sent to Pyongyang last week were focused on the goal of dismantling the North Korean ICBM program, along with the closure of some parts of the Yongbyon nuclear facility.

Such reports must alarm Japanese officials. Senior Foreign Ministry official Kanasugi Kenji rushed to Seoul to meet with US Special Envoy Steve Biegun this past weekend, after he arrived there from more than two days of talks in Pyongyang. Abe and Chief Cabinet Secretary Suga Yoshihide tout plans for the Prime Minister to talk to Trump ahead of the summit. But privately, senior Japanese officials admit they have very little leverage over what Trump may do when he meets Kim Jong Un in Hanoi. “We are out of the loop on North Korea,” a senior Foreign Ministry official told me last week.

This may explain why Japanese leaders and policy makers are increasingly willing to speak out frankly about the danger that Trump will strike a bad deal with Pyongyang. In potentially offering a deal on long range missiles, North Korea is aiming to drive a wedge between the US and Japan, a senior LDP leader told a recent gathering of US and Japanese security experts.

“If the US accepts that, there will be a division between the US and Japan,” he warned. “It is very perilous.” The US, he pleaded, should reject any agreement in Vietnam that does not focus on nuclear weapons themselves, not just delivery systems or even fissile material production facilities.

Japanese officials, as well as business leaders, are similarly worried about what may emerge from the current US-China trade talks and a possible Trump-Xi summit meeting, perhaps next month. When Vice President Mike Pence delivered a call for confrontation with China last October, many Japanese officials and commentators cheered him on.

In the realm of security, Japanese policy makers share a similar view of the challenge posed by China. If anything, Japanese are eager to tell Americans how slow they have been to awake to the threat posed by China’s military buildup and aggressive moves out into the Pacific.

But there is a growing “perception gap,” in the words of one Japanese policy academic, when it comes to the economic competition with China. While Japanese have overlapping concerns about issues such as intellectual property and technology piracy, many are rattled by the idea of broad confrontation with China. If the talks with Beijing break down, triggering a tariff war, the world would be placed on the brink of a great depression, a Japanese economist who specializes in China and advises Japanese firms, told me.

More immediately, Japanese business and policy circles worry about the consequences of US pressure to cut ties to Chinese technology firms, such as Huawei, with whom they do considerable business, and to unilaterally impose a technology control regime against China. They prefer a multilateral approach on these issues, cooperating with Europe and others to set new rules for technology transfer and market access, perhaps through expanding the Trans Pacific Partnership (TPP) agreement.

If the US heads into a trade war confrontation with China, it will force Japan to make an uncomfortable choice. “Japan would be put in a serious dilemma,” says Professor Sahashi Ryo of Kanagawa University, a prominent voice on foreign policy.

The China trade talks spill over directly into the US push for a bilateral free trade agreement with Japan. Either way – if the China talks collapse or if they reach a deal – the Japanese know they are next in line.

US officials here say that Japanese hopes that the US cannot manage both negotiations at the same time, that they can slow walk the talks, and push them well beyond the upcoming Japanese Upper House elections in July, if not into the US election year, are simply not justified. Talks may begin as soon as this month, officials say, and Amb William Hagerty has been delivering a very tough message via Japanese media since his recent return from discussions in Washington with senior administration officials.

There are several key aspects to the message delivered by the American Ambassador, who has close ties to the President from the 2016 election campaign.

First, the Trump administration rejects the Japanese desire that any new bilateral agreement begin with, and in some sense reproduce, the TPP agreement, particularly the bilateral deal reached as part of those negotiations with the Obama administration.

That agreement covered not only agricultural goods but autos and services. Hagerty argues that the TPP was in fact not viable politically in the US and any new agreement must be one that can survive the current changed politics of the US.

Second, since Tokyo has gone ahead and signed the new Comprehensive and Progressive Agreement for TPP, as well as the new Japan-EU Partnership, there is now greater urgency to negotiate a bilateral pact with Japan. Otherwise, Hagerty warns, US suppliers will be placed at a disadvantage and markets could be permanently lost.

Third, US officials, in increasingly aggressive language, sweep away the Abe cabinet’s insistence that this is a TAG – so-called trade agreement on goods – and not, in fact, a broad FTA covering everything, including services.

Fourth, US officials are frustrated, if not angry, at what they see as delay tactics over the last year and a half, despite numerous meetings of the two leaders and pledges to carry out talks. The threat to use Section 232 of the US Trade Expansion Act to impose tariffs, aimed at autos, is real. “The President has agreed to withhold the implementation of tariffs, as long as we’re negotiating quickly and in good faith with the Japanese side,” Hagerty told the Asahi.

The audience for Hagerty’s remarks was not just in Tokyo – though he clearly is delivering a message here – but also back home, where he is making it equally clear that he is representing the President. The politics of trade and the 2020 election are on his mind, as well as of his boss.

“Hagerty's comments surprised me,” top U.S. trade expert Matthew Goodman, told me, “but I assume he's just playing ‘bad cop.’" Goodman, a former White House official now at the Center for Strategic and International Studies (CSIS) in Washington, still thinks the Japanese talks are a lower priority for chief US trade negotiator Robert Lighthizer, compared to China, Europe, and WTO reform. But the Trump administration is under domestic political pressure from the agriculture sector to get market access in Japan.

“They need a bilateral [agreement] somewhere and Japan is the lowest-hanging fruit,” Goodman told me. “But like all trade negotiations, once you open the Pandora's box, it quickly becomes complicated and is likely to take a lot longer to reach a deal than people think.”

Japanese officials are not, however, intimidated by the tough talk from Hagerty and others. And they are quick to remind Americans that they have their own domestic political realities to think about.

“Minister Motegi Toshimitsu has refused to do any shadow boxing for the coming negotiations and will keep quiet before the actual negotiations start,” a senior official told me, referring to Lighthizer’s negotiating partner, the very able Minister of Economy, Trade and Industry.

“The US side can be as aggressive as they want, but we can only agree to something that can get the approval of the ruling parties and the Diet, which would not allow any deal unfavorable to Japan, any deal other than the TPP.”

For now, the Japanese will wait and see what the unpredictable Trump administration will do, driven by the winds of the domestic situation in the US, the official told me. “It will surely be a test for the alliance.”