The Downward Spiral in Japan-Korea Relations: Will Washington Pay Attention? 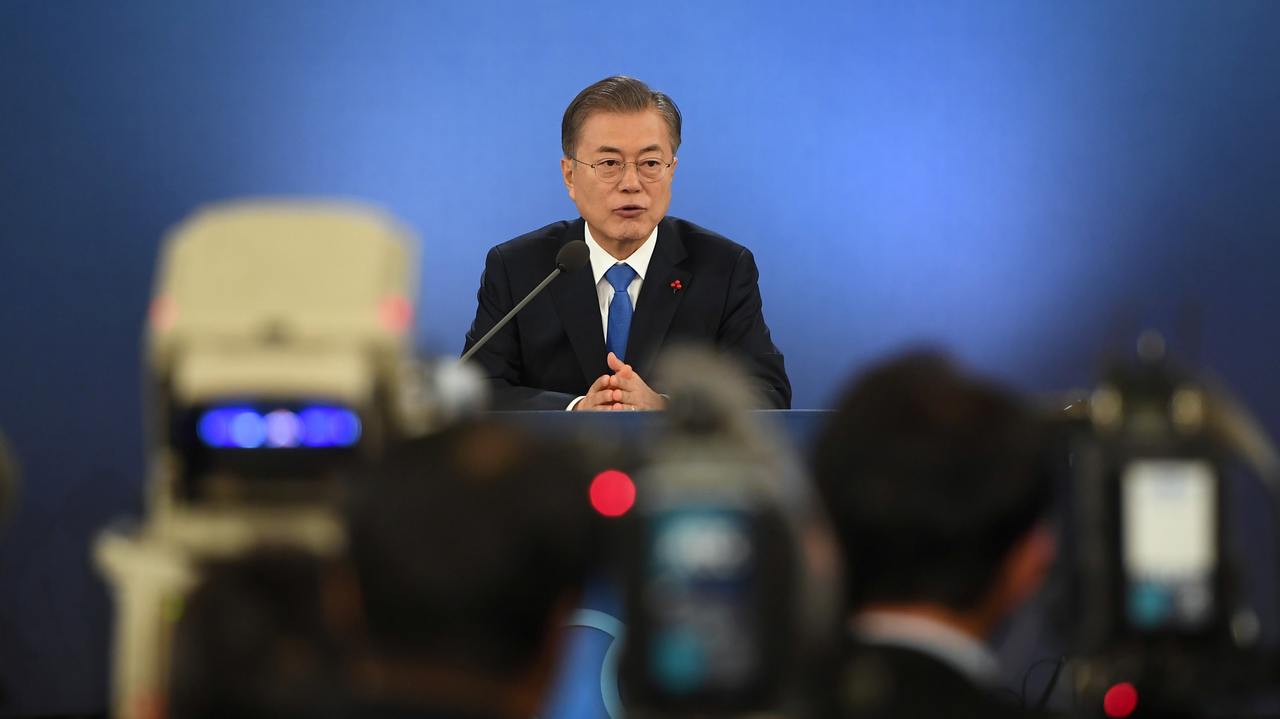 Relations between Japan and South Korea, the two principal security allies of the United States in Northeast Asia, are again descending into tension-fueled dysfunctionality. There is, sadly, nothing new about this situation – the two neighbors have been at this moment before and, as always, the immediate issues are rooted in their history of war, colonial rule and rivalry.

But it would be a mistake to simply see this as business as usual. There is a growing sense, not only in the region but back in Washington, that this is a serious crisis which can impact the security of the region.

“I am extremely concerned about the situation that there is no exit planto escape collision courses between Seoul and Tokyo,” a former senior South Korean government who has been deeply involved in managing relations between the two countries, told me.

The mood in Seoul, in a year that is being celebrated as the 100th anniversary of the birth of the movement for Korean independence from Japanese colonial rule, is “very volatile,” he said.

The crisis in Japan-Korea relations “will hamper the trilateral security cooperation including the U.S. at this critical time,” the former senior South Korean official told me. He, like some other Koreans, decry the apparent lack of interest or action on the part of the U.S. which has in the past intervened to mediate such crises when the two sides lose the ability to talk to each other.

“Unfortunately, the U.S. State Department seems to be in disarray, and thus will be unable to play a role in bridging the two sides,” he said. “To break the deadlock, a high-level dialogue channel must be arranged but now both sides seemed to have lost the appetite to do so.”

The immediate trigger for tensions is the decision of the South Korean Supreme Court last November to award compensation to Koreans who served as forced laborers for Japanese companies during the colonial and wartime period.

The decision of the courts to allow the seizure of Japanese company assets to pay these workers threatens to not only cause a major diplomatic crisis but to compel Japanese firms to reassess their investment and trade relations with Korea.

“This will affect economic cooperation very seriously, undermining the Korean economy much more than the Japanese one,” the former South Korean official said.

The forced laborers dispute was amplified by the decision of the Moon Jae-in government in Seoul last month to dismantle the fragile but important 2015 agreement to provide compensation and apology to the Korean women who were compelled to serve in Japanese Imperial Army brothels during the war, the so-called Comfort Women.

The history battles set the stage for a serious clash between the two governments that began on December 20th when a South Korean naval ship turned its fire control radar on a Japanese Maritime Self Defense Force patrol plane over the Sea of Japan. The Korean military and government have not only refused to recognize that this took place – they have turned around and blamed the Japanese aircraft for flying provocatively too low.

United States military and government officials privately tell me that they accept the Japanese version of events as largely accurate – that the Korean vessel did indeed turn on its fire control radar, though the reasons are not clear.

The U.S. military command in both Korea and Japan are concerned about the impact of this dispute on the broader security cooperation in the region, which depends on the smooth integration of their operations in both Japan and Korea. But they are reluctant to intervene in the dispute for fear of being accused of taking sides.

In Tokyo, senior Japanese officials and policy makers are increasingly convinced that the progressive government in Seoul is bent on changing the balance of power in the region. Japanese officials fear that the Moon administration is determined to strike a bargain with the North that would empower China and weaken the U.S. security alliance.

In informal conversation, a senior Foreign Ministry official expressed the view that the Moon government would pursue its dream of unifying with the North, and that a unified Korea, under the domination of China, would then turn against Japan. Such dark visions are not new in Japan but they are gaining credence.

The concern about Moon and his responsibility for this current crisis is shared, to some degree, by some American observers. “My sense is that the South Korean government is feeling dismissive of the Japanese and their concerns,” a former senior State Department official with long experience dealing with both countries responded. “They don’t see Japan as a player on the peninsula and they don’t feel the need to temper their policies to avoid possible friction. Big mistake!”

For Americans, the history issues are secondary to the impact of the deterioration of relations on the fragile structure of trilateral security cooperation between Japan, Korea and the U.S. It is well understood that the defense of Korea depends on the integration of the U.S. forces on the Peninsula with those based in Japan, and on the de facto cooperation of Japanese military forces in responding to any attack on Korea.

The serious nature of the incident last month is not lost on U.S. military officials and experts. Michael Bosack, for example, left the US Air Force recently with the rank of Major, having served two tours in Afghanistan and more recently in the headquarters of the US Forces Japan, where he was Deputy Chief of Government Relations. He has particular experience in managing the fledgling but important efforts to create trilateral security cooperation.

In a published article and in a conversation with me, Bosack worried about the deepening gap between Japan and Korea over the incident involving the Japanese P-1 patrol aircraft. The Japanese side has been fairly “measured in their response,” Bosack said, trying to keep the handling of the issue within the channels between the two defense ministries and the comments from senior leaders like Prime Minister Abe Shinzo have been mainly in response to press queries. But now “both sides are doubling down on their positions,” he said, making it “impossible” to find a resolution.

“I had hoped the Japan side would just let the video speak for itself and move on, but now they’ve upped the ante by offering to provide the radar data,” Bosack said. “It appears the ROK side does not want it, which is not surprising.

At the operational level, I know the Self Defense Force is just upset that a partner military would paint them with FC (fire control) radar and not own up to it. For them, the response is worse than the act itself.

The problem is that the political response has prevented any resolution at the operational level; that is, the JSDF still doesn’t know if the ROK Navy has put measures in place to make sure this doesn’t happen again.”

While the issues are distinct, there is little question that Japanese anger and impatience over the forced labor and comfort women problems are impacting their response in the security dimension.

“If there isn’t some improvement in the various situations, I don’t see the Japanese responding harshly to Korea,” says the former Air Force Major. “I just see them choosing not to put in any more effort with the Moon administration. The P-1 incident has become a kind of line in the sand, which is why the Japan side just keeps upping the ante.”

Some Koreans have criticized the Moon administration for its handling of these events, particularly its impact on Korean security, and call on the U.S. to intervene to bring the two sides together.

“There is concern that with ROK-Japan relations deteriorating, the trilateral ROK-U.S.-Japan alliance may become shaky,” the conservative daily Chosun Ilbo wrote last week.

“In a situation where U.S.-DPRK denuclearization talks remain stalled, observers point out that worsening ROK-Japan ties may cause a problem in the ROK-U.S.-Japan response posture, such as ‘missile defense cooperation,’ which should swiftly come into operation in the event of emergency on the Korean Peninsula.”

The Korean daily pointed out the role that the U.S. played in mediating the Comfort Women agreement. “The ROK-Japan comfort women deal was actually an ROK-U.S.-Japan agreement, which the U.S. administration and Congress created by pressuring Abe to sign it,” Yun Duk-min, the former chancellor of the Korea National Diplomatic Academy told the paper.

Past U.S. administrations have always been reluctant to intervene in disputes between its two principal allies in Northeast Asia but have always understood that our alliance system sometimes requires that kind of leadership. This writer’s queries to the senior officials on their response to this crisis have gone unanswered.

The apparent unwillingness of the Trump administration to act in the current crisis is further evidence of the consequences of the abandonment of American leadership in the world.

All About Romaji, Rōmaji and Rômaji