The Five Crises In The United States 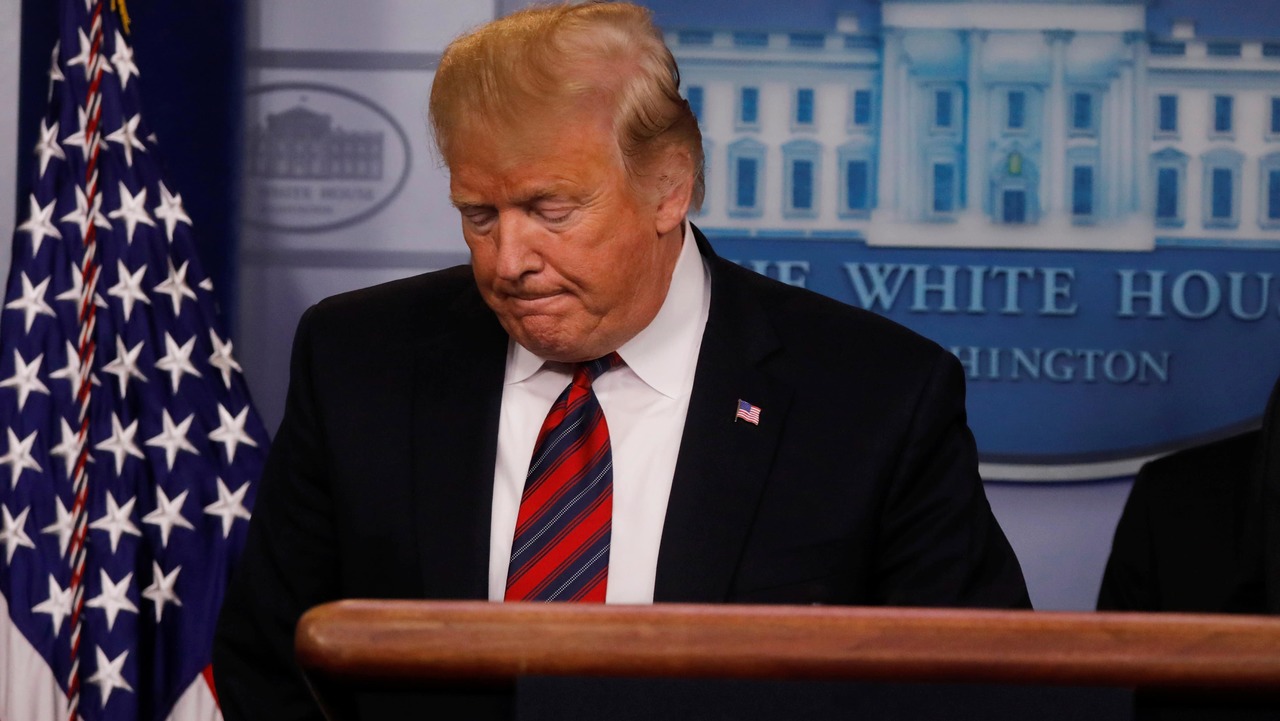 As the New Year arrives, Japan is emerging from the haze of bonenkai gatherings to face a United States sinking into a deepening crisis. While stock markets gyrate, President Donald Trump sits isolated in the White House, much of the federal government shutdown without funding, his cabinet melting away, the opposition Democrats about to take control of the House of Representatives, and a legal investigation closing in on him.

The United States is facing not one, but five distinct, and converging, crises. There is first of all a political crisis, one that preoccupies the President. Second, a growing economic crisis, reflected not only in the stock markets but in trade tensions. Those feed into a foreign and national security crisis, witnessed in the sudden announcement of the withdrawal of U.S. forces from Syria. That in turn has exposed a governability crisis, highlighted by the resignation of Defense Secretary Jim Mattis. And last, but not at all least, the U.S. will soon face a legal and constitutional crisis, perhaps even the impeachment of the President.

Reading the President’s Twitter feed, he is preoccupied first of all with the internal dynamic of American politics. The midterm defeat suffered by the Republican party in the House is widely interpreted as a political turning point. The 2020 presidential election campaign has begun with a long list of Democrats lining up to run for the nomination and there is even speculation of a challenge from within the Republican party.

Beginning in January, the Democratic party will have control of the House, enabling them to convene Congressional investigations and to block almost any legislative initiative coming from the White House. The President has responded to this impending challenge by digging even deeper into a strategy of confrontation, using his racially-tinged anti-immigration message to rally his hardcore supporters.

At this moment, the Democratic House and the President are hurtling toward a clash over Trump’s demand to fund his promised wall along the border with Mexico. The Republican leadership in the Congress is mostly standing to the side, after their efforts at a compromise were rejected by the President. An early end to the political crisis is unlikely unless President Trump backs down.

The stunning downturn in the U.S. stock market, mirrored in Tokyo and other global markets, has tarnished the one clear accomplishment of the Trump administration – a booming economy, characterized by high growth, historically low unemployment and rising wages.

The President blames the market turmoil on the Federal Reserve and its chairman (whom he appointed) Jerome Powell, for raising interest rates. Talk of a recession coming in 2020 is commonplace among economists, reaching the general public and investors.

Even critics of the President, however, warn against pedictions of a full-blown economic collapse. “Let’s be clear,” New York Times columnist and Princeton economist Paul Krugman wrote recently, “there isn’t an obvious crisis-level threat looming at the moment.”

What troubles the market is that the President and his advisors are incapable of managing the economy in the face of trouble. Efforts to crudely reassure investors have the opposite effect. The President’s most recent claims that talks with China were making progress is widely dismissed as another obvious attempt to influence the stock market. Those talks are just underway in a serious fashion and their success is far from assured. Trade talks with Japan loom though likely those won’t become intense until after the March 1 deadline with China. But talk of trade war with the second and third largest economies in the world only drives markets and economies downward.

For the American policy making elite, the most troubling crisis was triggered by the President’s sudden announcement ending the small but strategically vital U.S. military deployment in Syria. While there is a legitimate debate about the wisdom of a long-term presence there, most policy experts believe a rapid departure will lead not only to the destruction of the U.S.-allied forces there (mostly Syrian Kurds) but to strengthening the role of Iran and Russia in the region. Beyond that lies the reality that the Islamist extremists of ISIS and Al Qaeda remain a potent force and U.S. retreat could lead to a terrorist attack on a serious scale.

“My worst fear is that there will be a mass casualty terrorist attack targeting US personnel or facilities, including a catastrophic cyber attack targeting sensitive US infrastructure,” a senior official in the U.S. intelligence community told me. “What will the Administration do? Who will it blame? Will the blame be credible?”

The President’s decision finally prompted Defense Secretary Mattis to offer his resignation. His departure had been long rumored but it was still a shock. In his powerful resignation letter, Mattis made clear he was leaving over policy differences with the President, centering on Trump’s neo-isolationism and his undermining of our global security alliances, beginning with NATO.

Evans Revere, a former senior State Department official with long experience in Northeast Asia, including managing negotiations with North Korea, laid out the implications of this decision for Asia to me:

“What's happening in the U.S. right now is deeply, disturbingly relevant to both Japan and Korea. President Trump, by virtue of his decision to abandon our military presence in Syria in the face of a Turkish threat, and eventually also in Afghanistan, and through his shockingly revealing comments to our troops in Iraq, has all but declared that the era in which America believed that a strong, active, leading role for the United States in the world's hot spots was essential to preserving regional and global peace and stability is over.

“Trump long ago declared his contempt for entangling alliances and partnerships in which the United States took on a significant defense and security burden for the common good and for the preservation of a liberal order that we deemed in our vital interest. Now, Trump has begun to take specific actions to bring this time-honored approach to international leadership to an end…If Trump remains as U.S. president, it is not too soon for our Japanese and South Korean allies to quietly begin looking at Plan B for their self-preservation -- if they haven't already begun to do so.”

Underlying the worries over economic and foreign policy is the departure of senior officials who were viewed as not only highly competent but also as restraints on the President’s impulsive behavior. The removal of Chief of Staff John Kelly and Mattis leaves foreign and national security policy in the hands of Secretary of State Mike Pompeo and National Security advisor John Bolton, both men who seem unwilling or unable to challenge the President’s decisions.

Commentators now talk about an administration staffed by a “B Team,” second level or worse figures who do not command respect even in Republican circles.

“Now, there is virtually no restraint on the president's desire to rule by his gut and instinct rather than by common sense,” Revere says. “Mattis' sudden departure removed one of the steadiest of hands from the administration.”

The President is increasingly attempting to inject his narrow political aims, not least his own survival, into the military, intelligence and law enforcement organizations of the government, undermining their professional integrity.

“I'm also very concerned about Trump's visit to the troops in Iraq and Germany,” the senior intelligence official told me. “His politically motivated lies continued and there was a significant amount of politicization during the visit, including amongst the troops. Other sensitive US institutions, such as the Department of Justice and the FBI continue to be subject to intense pressure. If the US is going to survive the next two years, US institutions and the rule of law almost certainly will play a crucial role. Should institutions such as the intelligence community, the military, and law enforcement become highly politicized--personal fiefdoms of an autocrat - it will take decades for them to regain credibility.”

All this is building to the fifth, and perhaps final, crisis – that of the legal status of the Trump presidency. The noose of investigations of the officials of the Trump campaign, family and cronies is tightening on a daily basis. The trail of indictments is leading inexorably to the doorstep of the President himself. Soon special counsel Robert Mueller will deliver his final report of the investigation into collusion with Russian attempts to interfere in the election and other crimes.

“An impeachment process against President Trump now seems inescapable,” the veteran journalist Elizabeth Drew wrote on December 27th in a very widely read commentary in the New York Times. “Unless the president resigns, the pressure by the public on the Democratic leaders to begin an impeachment process next year will only increase.”

Drew, who covered the Watergate investigations that led to the resignation of President Richard Nixon, sees a similar process unfolding, including the likely desertion by Republicans in the Congress.

“It always seemed to me that Mr. Trump’s turbulent presidency was unsustainable and that key Republicans would eventually decide that he had become too great a burden to the party or too great a danger to the country,” she wrote. “That time may have arrived. In the end the Republicans will opt for their own political survival.”

Where this will head no one knows. But we can say with certainty that the coming year will be one of waves of crises, some of which will inevitably lap up onto Japan’s stable shores.