The Many Government Of Donald Trump: Inside The US China and North Korea Policy 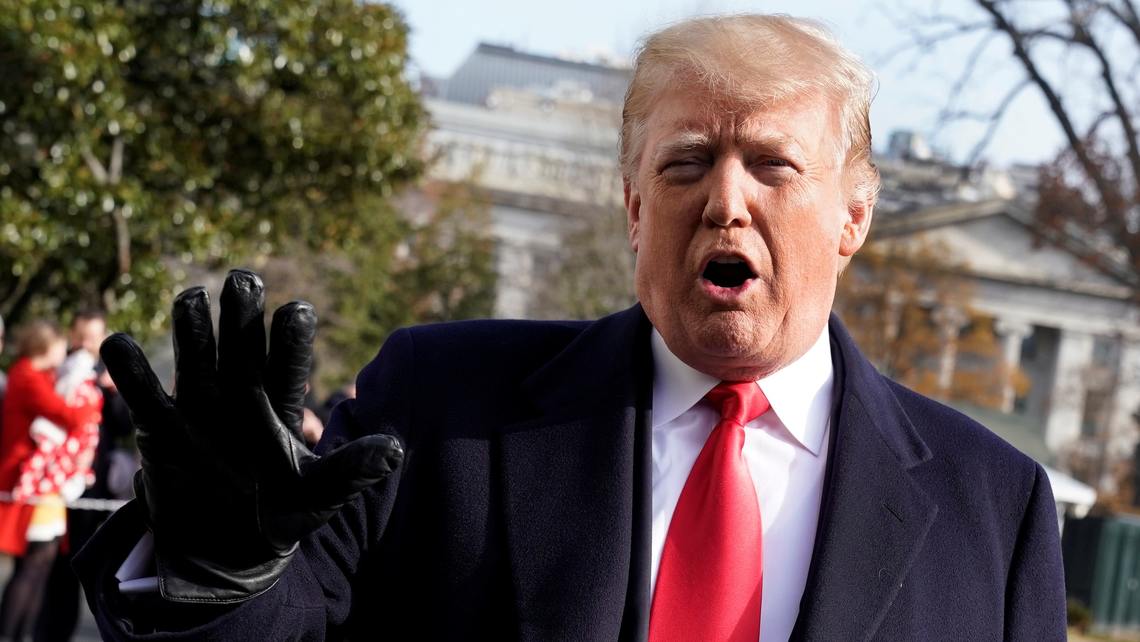 In the aftermath of the meeting between President Donald Trump and Chinese President Xi Jinping in Buenos Aires, global stock markets have been roiled. The markets are reacting to what is widely seen as chaos within the Trump administration, marked by exaggerated claims of a deal with China, followed by admissions that the negotiations have only just begun.

Does chaos indeed reign inside the White House and throughout the Trump administration? There are genuine differences of views within the administration – hardly surprising for any U.S. government. And Trump has a long history of fostering competition for influence among those who work for him, going back to his business days.

The result often appears as chaos but it may be more precise to say that there is not one Trump government but many governments, not one foreign policy but often more than one. The existence of multiple governments makes it challenging to figure out where Washington is headed. The cases of policy on North Korea and China recently illustrate the problem.

Since the June summit in Singapore between President Trump and North Korean leader Kim Jong Un, relations seem to have reached an impasse. Attempts by the State Department to reach an agreement on clear steps toward dismantling North Korea’s nuclear and missile program have largely failed.

The North Koreans insist that it is the U.S. that must carry out its promises made in Singapore, most of all to ease economic sanctions and to sign a declaration bringing an end to the Korea war. For Kim, those steps should be carried out at a second summit meeting with Trump. In Seoul, the South Korean government of Moon Jae-in, which is hoping to host Kim for a historic visit to their capital, largely backs the North’s view.

While official level talks were in a holding pattern, the Treasury department and other agencies moved to tighten sanctions against the North. Secretary Pompeo issued rather blunt warnings to the Moon government not to move too fast in its almost desperate efforts to engage the North, potentially going well beyond where the U.S.-North Korean talks had reached.

Flying back from Buenos Aires, however, Trump told reporters that a summit with Kim may happen in “January or February.” Stressing his “good relationship” with Kim, he went further to say that “we have actually talked about three sites, we haven’t determined the sites.”

The next day, National Security advisor John Bolton, known not to favor holding a second summit without a clear agreement ahead of time on denuclearization, changed his tune suddenly. “They have not lived up the commitments so far,” Bolton said about the North Koreans. “That’s why I think the President thinks another summit is likely to be productive.”

The tortured logic of this confused many observers – why have a summit if the North Koreans were not carrying out their promises? In essence, the National Security advisor admitted he is not really a part of this decision, and that the President has his own thinking on this question.

At the same time, the Central Intelligence Agency’s chief of the Korea Mission Center, Andrew Kim, was holding not-so-secret talks in Panmunjon with senior North Korea officials. It is his second such trip in recent weeks.

Alongside Pompeo, to whom he still reports directly, Andy Kim is the most important channel of communication with the North Korean regime. That has been true even before the opening to the North was created at the Winter Olympic games in South Korea at the beginning of this year.

How could the President talk about several possible sites for a summit? Only because those precise issues were being discussed by Andy Kim with his counterparts in North Korea, conveyed by Pompeo back to the President. How to make sense of this apparent chaos in North Korea policy? David Straub, a former senior State Department official with long experience on Korea, including participation the 6-party negotiations, offered me this explanation:

“I think we have several layers of more or less autonomous governments operating in regard to the North Korea problem. We have President Trump personally. We have Bolton, who publicly supports the president‘s policy but who, behind the scenes, is undoubtedly working to realize his own policy vision.

We have Pompeo, aided by Andy Kim, trying to give Trump a major foreign-policy success while avoiding an outcome that would poison Pompeo’s chances to become president later down the road. That of course is like squaring the circle, as we are currently witnessing.

The Pentagon and the intelligence community tend to have a very skeptical, i.e. realistic, view of North Korea, and where possible they are working according to their own beliefs. Meanwhile, consistent with the president’s stated position but working against his ambitions for a North Korea policy success, the US sanctions-enforcing agencies and offices are full throttle doing what they do.”

Amongst these many governments, as both Pompeo and Kim Jong Un have grasped most clearly, the one that really matters is Trump himself.

When it comes to China, there are at least five different actors, representing different parts of the government. At one end, there is Treasury Secretary Steven Mnuchin, the person characterized as most inclined to find a middle ground with China on trade issues and to avoid a tariff war. Commerce Secretary Wilbur Ross has been an actor as well, though he is seen as on his way out the door.

Within the White House itself, there is the most vocal China hawk, trade advisor Peter Navarro, and economic advisor Larry Kudlow, who is closer to Mnuchin’s views but tries hard to speak for the President. But the person that matters most is Robert Lighthizer, the U.S. Trade Representative, who keeps a low profile but values his access to the President and has his confidence. Trump is quite happy to feed the idea that there are multiple governments at work on China policy.

“President Trump said in the meeting with (Chinese President Xi Jinping), even joked, about the fact that we have different people with different views,” Treasury Secretary Mnuchin told reporters last week. “President Xi smiled and said, ‘yeah, I have the same thing across my table’.”

Xi was undoubtedly referring to his own chief negotiator, Vice Premier Liu He, a technocrat by training and said to be the main advocate of market style reforms within the current leadership. The Chinese preferred to talk to Mnuchin and tried to steer negotiations through him.

President Trump may have joked about the diversity of camps in his administration but after the talks he was unambiguous on one point – naming Lighthizer as the lead China negotiator, not the Treasury.

There is a great deal of skepticism about the truce reached in Buenos Aires, with some regarding it as a pathway to a weak deal, propelled by the fear that the tariff wars will trigger more stock market falls and an economic downturn. Such skeptics believe Trump will jump at offers of Chinese purchases of soybeans and natural gas to claim an easy victory.

But this skepticism may miss the importance of Lighthizer’s relationship to Trump, who gleefully but tellingly called himself “Tariff Man” in his flurry of post G20 tweets. Here is how a former senior trade official, who retains close ties to Lighthizer, who was a veteran of trade talks with Japan in the 1980s, put the situation to me:

“I think the Buenos Aires deal was a step in the right direction. It is in a way reminiscent of past stuff in the sense that the U.S. has had various dialogues with the Chinese over market access, intellectual property, and mandatory joint ventures in previous administrations.

A couple of things seem to me to perhaps make this new set of talks a bit different. One is it has been precipitated by the imposition of tariffs by Washington. In other words, the Chinese know this time that the U.S. is serious.

A second point of difference is that there is a clear threat of action if some concrete deal can’t be reached. Last, but not least, previous talks have been led on the U.S. side by negotiators and Presidents who were conventional thinkers regarding trade and foreign policy.

It is now clear that Lighthizer will be running things on the U.S. side and he is not a Davos man. Nor, obviously, is Trump. I think the chances of a phony deal are much less than if Kudlow or Mnuchin have a big role. Bob will not be influenced by Chinese offers of buying natural gas.

At the end of three months, I don’t expect the Chinese to have made many significant concessions. So, it may well be that the administration will wind up imposing some kind of tariffs and/or other measures. But, if that is the case, the administration will be on stronger ground to do so and will perhaps have more international support.”

This is not the picture of chaos that some hold in Washington. Nor is it a government that is a smooth-running machine, as the President loves to claim. It is many governments at work simultaneously, in which the one that matters most is that of Donald Trump.