Apple Pay Or Cash: What Kids Are Taught About Money 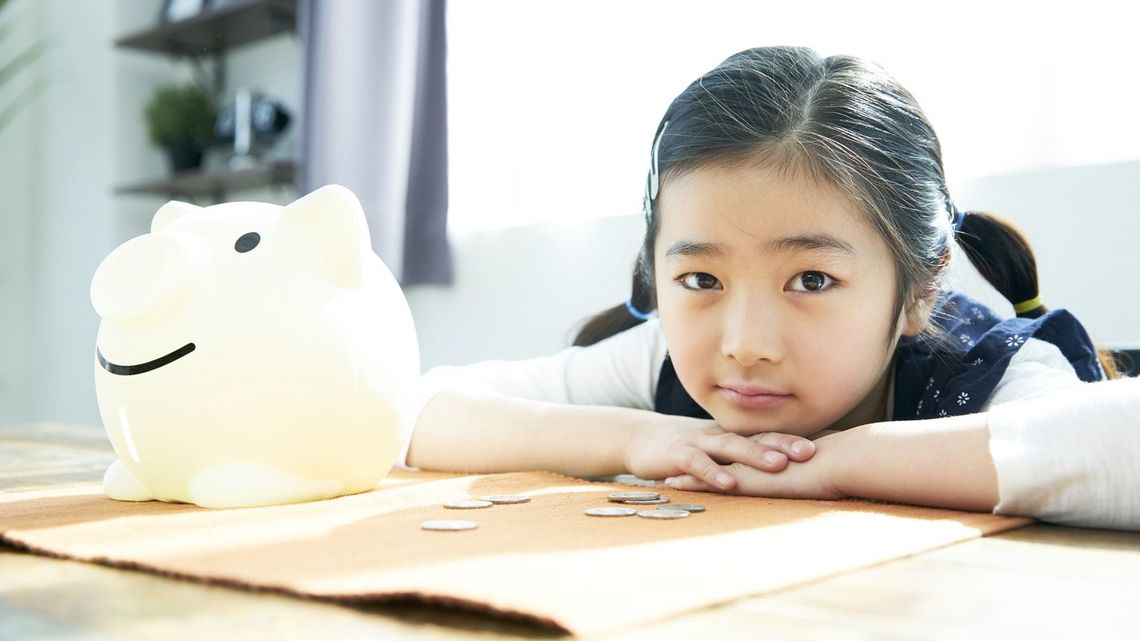 It wasn’t an iPhone, LEGO Minecraft or a PS4 game. These 9-year-old girls were anxiously planning how to own their latest thrill: mermaid tails. Yes, mermaid tails. These tails were such a hot ticket item that they were willing to do whatever it took to purchase them. Parents thought, what a cute summer distraction - until they saw the price tag. A decent tail runs between $30 and $329. This was a teachable moment.

Kids and money. We generally make the assumption that they don’t give it much thought but researchers at the University of Michigan found the opposite. They wanted to find out the spending habits of 5-to-10-year-olds. To do so they used a Spendthrift-Tightwad Scale. This measures spender’s emotional reactions to making purchases. Those defined as “spendthrift” are more likely to buy, whereas those deemed “tightwad” are less likely to part with their money.

Each child was given a dollar to spend or save. Out of the 225 participants in the study, those considered more spendthrift were spending more and still buying. This was even if they didn’t particularly want or like an item. The tightwad children generally kept their money.

Lead author of the study, Craig Smith, said that the study showed that in 5-to-10-year-olds, one’s emotional response to spending and saving is a useful predictor of what you do with money.

“These emotional responses predicted actual behavior even after controlling for how much children liked the store items.”

Were there more spenders or savers?

Like adults, there were four times as many tightwad kids as spendthrifts.

The question is, where do children get their “money blueprint?” In his book, Secrets of the Millionaire Mind, T. Harv Eker defines a money blueprint by drawing an analogy with the blueprint of a house. That blueprint is a preset plan or design for a particular home. In the same way, your money blueprint is simply your preset program or way of being in relation to money. But where does it come from?

“Every child is taught how to think about and act in relation to money,” he said.

Kari Riley would agree. One of her earliest memories of money management was when she would go grocery shopping with her mother. Her mother would pay for the groceries with a check and balance her checkbook right there at the store.

Another recollection is of her parents paying the family bills on the kitchen counter. Her parents didn’t discuss money with her and her three siblings. She just observed them.

“By watching them I learned to be careful with money,” she said. “This helped me be a saver. You had to balance it out and save. There was no extra.”

This taught her an invaluable lesson that was useful during her college years. Her parents paid for the first year but told her that the rest was up to her. That summer she worked at the Marriott doing catering, which then lead to a cafeteria job during the school year. With her earnings she paid for school, an apartment, her basic needs and successfully completed her degree.

Now that Riley is a stay-at-home mom of two children, married to an architect, what is she teaching her children about money?

“Be cautious,” she said.

One day her daughter, a sixth grader, asked if her parents had a budget. Riley told her that their grocery budget was $100-$120 per week. She then challenged her daughter to make a list and buy the family groceries for breakfast, lunch and dinner for an entire week. With excitement, they went grocery shopping.

She immediately wanted four boxes of cereal but soon scaled back when she realized that they were $5 each. She didn’t go over budget and her mom noted a change. Instead of devouring an entire cereal box (as she often did), she became more mindful. She now knew the true cost of that cereal.

Like her own mother, Kari was teaching her children money management through action.

Psychologist and author of Surviving Your Child’s Adolescence, Carl E Pickhardt, agrees with this method. In picking the single factor that might predict how successful a last stage adolescence (18-23) will self-manage, he chose one:

“How well that young person has learned to manage money,” he said. “So many daily life decisions are of a spending kind.”

Pickhardt suggests that in the second or third grade, a weekly allowance should be provided and divided into three parts for three purposes: saving, tithing and spending. Saving teaches the buying power of accumulation; tithing aids in learning to think of others in need – showing how even a little money can help; spending helps to weigh priorities – buy something momentary or of lasting value.

By early to mid-adolescence (ages 9-15) children could start getting outside work – pet care, yard work, babysitting. By so doing, kids learn to work with an employer, fulfill an agreement, assume responsibility and discover the effort it takes to make relatively little money. In addition, earning can affirm self-esteem: “I have effort to offer that is worth paying for.”

Returning to the Spendthrift-Tightwad study, Pickhardt has a psychological reason for the emotional reactions to making a purchase. He said that psychologically, youthful spenders often seem to have “low impulse control, high need for immediate gratification, and focus more on now than later.” Whereas youthful savers are often more self-restraint and have some sense of future possibility worth planning for. The latter tend to have a capacity for delayed gratification and judgment that spenders often seem to lack.

“For this reason, it can be worthwhile for parents to help a spending child practice a saving habit,” he said.

This is what Alli Schuchman did when her daughter wanted her and her husband to buy her rats. That’s correct. Rats. Her parents naturally refused but came up with a caveat – if she really wanted these rats, she would have to purchase them herself. That’s when her daughter’s ingenuity impressed her.

She decided to make manufactured slime.

She purchased her materials that included glue, Borax (a white mineral in some alkaline salt deposits, used in making glass and ceramics) and got busy. She then sold it to patrons entering a Grateful Dead concert at the Gorge Amphitheatre in Grant County, Washington, thereby netting $300 (after materials cost, etc.). With that bounty she bought herself extra-large cages – much to her parents joy. What Schuchman learned:

“The power of saying no and seeing what her plan was.”

As the baby of five children from a privileged background, Schuchman said that her family never discussed money.

Before leaving for college, her parents taught her one thing: how to balance a checkbook. But even with that skill she said that she still remembers being “so poor” at college and what that felt like. Although she recalls many late nights of eating Ramen noodles, her parents never swooped in to rescue her. But what they had taught her sunk in:

“What are you going to do about it?” And “what do you think you should do?”

That’s the same lesson that she has taught her daughter.

“What’s your plan?” she asked her. Manufactured slime, she decided.

This self-reliance helped Schuchman to the point where she was able to “retire her parents” and buy their successful advertising agency. She still runs it and is also an editor for a trendy magazine.

Her personal view of money is that it buys two values – time and freedom. The freedom to take her daughter to school or go on a vacation. For this reason, she believes that teaching kids about money is more important now that it used to be.

“We live in a financed world,” she said.

She pointed out that she doesn’t handle cash anymore. It’s either plastic or applications such as Apple Pay.

“It seems magical,” she said. “There’s very little tied to it.”

And that makes it easy to forget what it takes to earn money. That’s why she and her husband pay their daughter $35 an hour to do chores. They view this as a means of teaching her honest, hard labor and the value of how to manage money.

This matters to Schuchman because she remembers a time when her daughter was younger and remarked, “I wish we were rich.”

She was so stumped by that comment because their home was on the beach, in an affluent area of an already well-to-do island.

“This was coming from her peers where they were realizing that somebody else had more. “I wish we were rich.” What does that even mean?”

For Riley, it means that money is very powerful. She’s taught her children that it doesn’t determine character. Instead, she’s emphasized the need to learn how to manage it and be true to their values – what’s right and wrong. That way she believes they’ll always be guided to make smart financial choices.

This is the same lesson the mermaids had to learn.

They each got their tails, but at a cost. One had to pay for half of it (around $50, given the $100 plus price tag). The other paid $20 and watered plants until the amount was sufficient. Although they both found this painful, they were gratified to have made a contribution. One of the girls made this observation about money:

“On the computer it seems like a lot,” she said. “But when you go into the shop, it doesn’t seem like much.”

Spendthrift or tightwad mindset? Her parents will have to decide.