After The U.S. Midterms-Trade War With Japan To Follow? 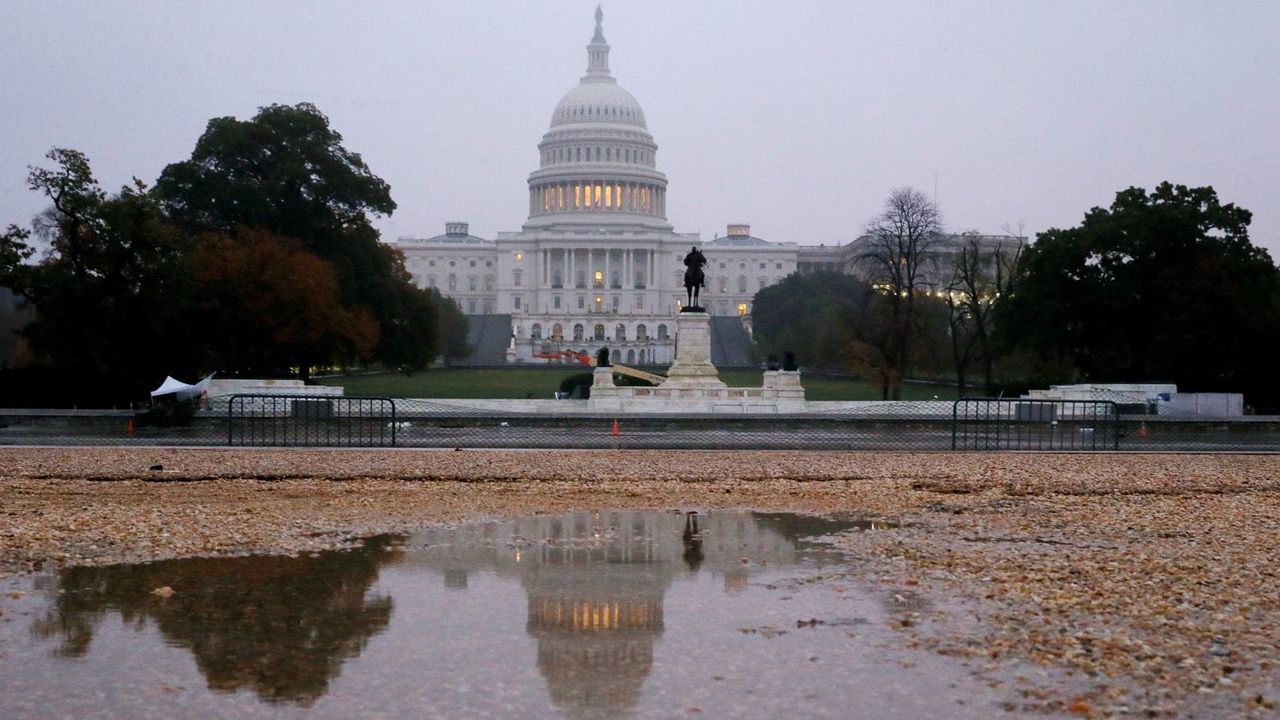 The American people delivered a clear message to President Donald Trump this week, repudiating his xenophobic appeals across a wide spectrum of the country, with the Democrats running up huge majorities among women, the young and minorities, winning long-held Republican seats in suburbs across the country.

Of course, it was not a universal rejection – in rural America, among older white men, and in the strongholds of the Republican party in the South – Trump’s barely disguised racism and his anti-immigrant crusade have ongoing support.

If the election sent a message, however, the President chose not to hear it. In his post-election press conference, the President was defiant, claiming victory and denying defeat. He immediately fired the Attorney General Jeff Sessions, setting the stage for a confrontation with Russia probe leader Robert Mueller. A war with the Democratic party-controlled House of Representatives, with the power to launch investigations of its own, is almost certain to ensue.

Inside the halls of power in Tokyo, there were some quiet sighs of relief. As Japan awaits what is certain to be an extremely difficult trade negotiation with the U.S., Japanese officials were not unhappy with the result, despite Prime Minister Abe’s much vaunted personal ties to Trump.

“The worst scenario has been avoided,” a senior government official who is deeply involved in managing relations with the U.S. told me on election day. “The struggle will continue. The game is not over. It is true that we don’t like Democrats. But we didn’t want Trump to become too powerful.”

Still, Trump is powerful enough to control some things where Congress has a limited role – namely trade and foreign policy. And on those fronts, Trump has already signaled his intention to perhaps even intensify his tariff-driven trade wars with Japan, China and the European Union, to escalate tensions with China more broadly, and to pursue a chimerical deal with North Korea, even when things are going badly diplomatically.

The Coming Trade War with Japan

For Japan, Trump did not wait long to send a shot across the Prime Minister’s bow. As a Japanese reporter struggled to ask a question on where he was headed on trade policy in his post-election press conference, Trump shot back, in typically insulting and sarcastic fashion: “Say hello to Shinzo. I’m sure he’s happy about tariffs on cars.”

Trump went on to repeat his cherished but mistaken beliefs about Japan – ones that the Prime Minister has tried to correct many times, to no avail: that Japan runs a $100 billion trade surplus with the U.S. (no, it is actually about $57 billion) and that Japanese don’t buy U.S. cars because they impose a “massive tax” on them (also not true).

What is true is that Trump is preparing to use the big club of a threat to impose 25 percent tariffs on Japanese cars to force a bilateral trade agreement that Japan has long resisted. “He’s ready any time to use that weapon,” the senior Japanese government official told me.

The U.S. Trade Representative (USTR) office will hold hearings on December 10, as required, on the Japan talks. The USTR head Robert Lighthizer has already signaled that the negotiation will aim to remove tariff and non-tariff barriers in sectors like autos, agriculture and services. Treasury Secretary Steven Mnuchin also called for inclusion of a provision on preventing currency devaluations in the deal.

Senior Japanese officials are prepared to draw a line on agriculture – no concessions beyond what was already agreed to in the Trans Pacific Partnership (TPP) negotiations with the U.S. And the Finance Ministry will refuse any inclusion of currency issues.

But Lighthizer is likely to put his main emphasis on automobiles, seeking to set clear numerical quotas for how many Japanese cars can enter the U.S. at preferential rates. Now Japanese manufacturers ship about 1.8 million cars a year to the U.S. – including smaller producers like Subaru and Mazda which have no production facilities in the U.S.

A massive auto tariff would be crippling for Japanese firms, putting Japanese jobs and economic growth at risk. But facing an Upper House election next summer and a leadership competition within the ruling party, acceptance of such demands would amount to “political suicide” says the senior official.

A Democratic party-controlled House is not likely to give much help to Japan, given support for a tough approach to trade within the party, many U.S. experts believe. But there is a growing view, even among Democrats, that Trump’s use of bullying tactics is counterproductive.

“A Democrat win in the House will weaken the 232 auto tariff threat, which improves the negotiating position for Tokyo in its bilateral talks with the Trump administration,” predicts James Schoff, a Japan specialist at the Carnegie Endowment for International Peace in Washington, DC.

“Nobody likes the 232s (not the auto industry, dealers, even labor), especially for allies. The only reason the Republicans didn’t object more emphatically is because they didn’t want to defy Trump overtly and negate his ‘negotiating too.’”

The Confrontation with China

President Trump’s stance toward China also shows no sign of a post-election correction. The administration seems locked into the ‘new Cold War’ approach to China that was presented by Vice President Mike Pence last month and is backed by a core of neoconservatives led by National Security advisor John Bolton who have long held this view of China.

It overlaps with the trade strategy which aims to push American firms to ‘decouple’ from their dependence on Chinese supply chains and to challenge China’s push into high technology. The meeting set now between Trump and Chinese leader Xi Jinping at the G-20 meeting later this month in Buenos Aires will be a clear marker of where things are headed between the U.S. and China.

Most U.S. policy experts believe there will not be significant resistance to this policy from a split Congress, even though there are many who are nervous about where this headed.

“Sentiment inside the Beltway has turned sharply against China,” says Jonathan Pollack of the Brookings Institution.

“There are many issues where the two parties sound more or less the same. Trump and others in the administration seem heavily invested in a ‘get very tough with China’ stance. It’s possible that some Democrats might argue that a decoupling strategy borders on lunacy.

But if Trump believes this will play well with his core constituencies as his reelection campaign moves into high gear, he will probably decide to stick with it, if the costs and the collateral damage seem manageable. But that’s a very big if, especially if the downsides of a protracted trade war for both American consumers and for American firms become increasingly apparent.”

Perhaps the one area of Asia policy where the President will feel the least impact of the elections and the loss of control of the House of Representatives is on North Korea. There are critics of Trump’s handling of North Korea in the Congress, particularly on the issue of human rights and on sanctions.

Within Congress there are those who share the worries found among national security professionals that Trump’s handling of negotiations with Kim Jong Un has been amateurish and potentially could lead to a bad agreement, one that would effectively undermine the long-term U.S. presence on the Korean peninsula.

But most foresee little effective efforts to challenge the administration on North Korea.

“The President feels like he is in the catbird seat on this,” a former senior U.S. official with long experience with North Korea negotiations said at a recent gathering in Tokyo. “I don’t think the midterms will make any difference. I don’t see anyone putting brakes on the President.”

As long as there is no sense of immediate crisis regarding North Korea, as we saw during the ‘fire and fury’ war talk in the summer of 2017, Congress will focus on much more urgent matters. “I do not see the midterms offering a correction to this policy at all,” said one Congressional source.

That said, will Trump keep up his pursuit of a bargain with Kim in hopes that will get him a Nobel Peace Prize, a fantasy that he is voiced in the past? The sudden cancellation by Pyongyang of the high-level meeting in New York between Secretary of State Mike Pompeo and his North Korean counterpart shows those talks are facing serious roadblocks.

The North Koreans are not offering much in the realm of denuclearization, and are focused on getting a second summit with the more malleable Trump. The President, in his press conference, expressed the view that there was no need to rush, though he also said a summit would take place early next year.

“The North Koreans are the ones most frightened about losing Donald Trump, whether it is to Robert Mueller or whatever,” a senior Republican foreign policy expert and Trump critic said at the Tokyo meeting, ahead of the election. As for Trump, “if the midterms go badly, he might be inclined to double down on a legacy.”

That would seem to sum up Donald Trump in general after the forceful slap he received from the majority of American voters this week – full speed ahead, double down on what he was already doing. The world will have to figure out how to deal with that reality for at least the next two years.