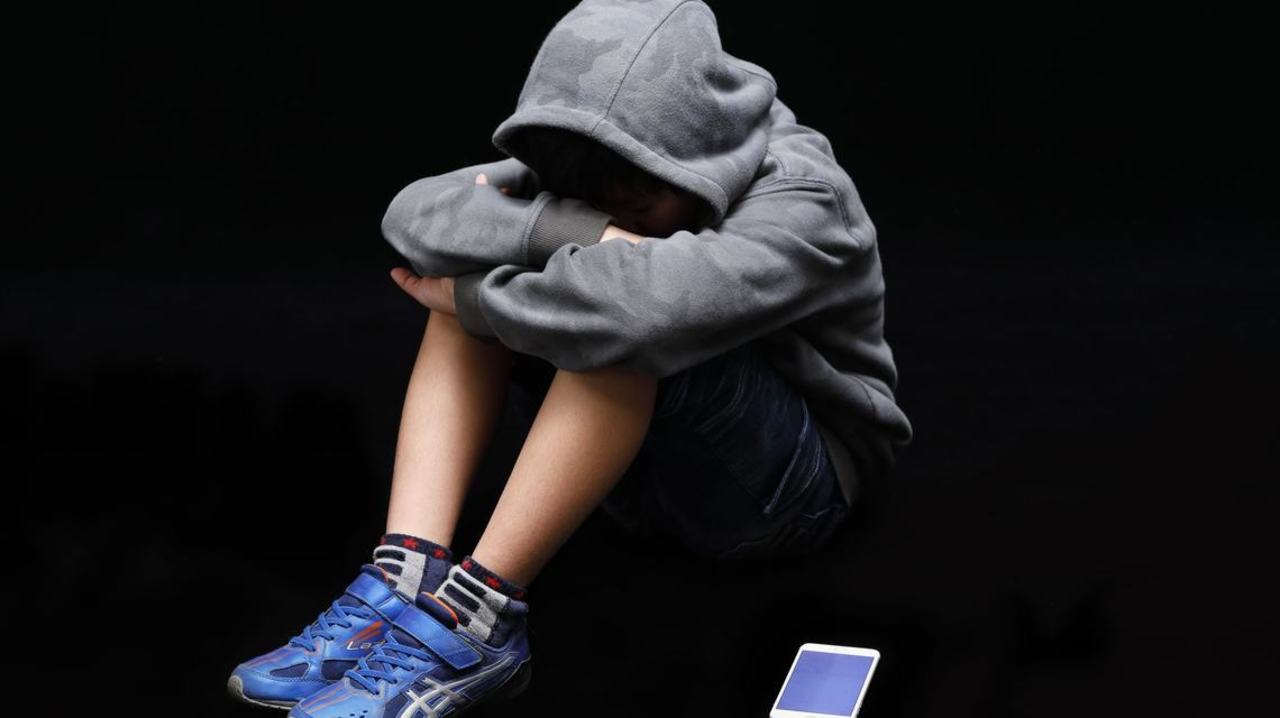 The recent deaths of billionaire designer, Kate Spade, and CNN’s Parts Unknown host, Anthony Bourdain, shook the world. To the public, both had enviable lives. What most didn’t know was that Spade wrestled with bipolar disorder, while Bourdain dealt with debilitating depression.

These struggles led them both to cut their lives short by their own doing. Sadly, they are not alone. Almost 45,000 people died by suicide in 2016, according to the Center for Disease Control (CDC). And for those between the ages of 10 to 14, suicide is the number one cause of death.

The CDC has seen a dramatic rise of teen suicide rates in the U.S. According to their latest numbers, from 2006 to 2016 the rate jumped 70 percent among white kids ages 10 to 17 and up 77 percent among black youth in the same age group.

New research published on May 16th in the magazine, Pediatrics, based on a study of pediatric hospitals, found a troubling trend. Admission of patients ages 5 to 17 for suicidal thoughts and actions more than doubled from 2008 to 2015.

This was based on research conducted by Gregory Plemmons, a pediatrician and researcher at Vanderbilt University in Nashville, Tenn., and his co-researchers. They examined billing data from 2008 to 2015 from a database of 49 children’s hospitals (excluding community hospitals) across the U.S. This included all emergency department encounters, stays for observation and inpatient hospitalizations.

Plemmons said that the study results confirmed his overall observations. For instance, one of the findings pointed to a seasonal trend in hospital visits. During all the years, visits peaked in midfall and midspring and fell to the lowest point in the summer.

“We knew there was an association with school seasons,” said Plemmons, “but actually seeing that mapped out was surprising.”

This finding suggested a link with school pressure (experts also point to the isolation of social media as a factor).

“One slipup makes a kid feel like the smallest person in the world. You are looked at as a loser if you don’t go to college or if you get a certain GPA or test score. So much pressure is placed on the students to do well that I couldn’t do it anymore.”

These are the words of a 16-year old student at Newport Harbor High School, in California, who ended his life in January – despite appearing happy and successful. His heartbreaking notes have been circulating online. He didn’t want his parents or other family members to blame themselves but said that he couldn’t go on anymore because of the pressure at his highly competitive public high school.

“Kids appear to be under much more academic [pressure] to achieve and their perception of falling short,” said Dr. Robert Dicker, associate director of Child & Adolescent Psychiatry at Zucker Hillside Hospital in Glen Oaks, N.Y.

Dicker said that the findings speak to the stress and strain at school.

“If you don’t get straight A’s, you won’t get into a good college, which means you won’t have a good life.”

This is what Kyler Wood was told by a substitute Math teacher at her high school. Kyler is a 15-year-old freshman at Bainbridge High School (BHS), located 30 minutes from Seattle, and has felt an immense amount of academic pressure. The goal at BHS, which has earned a gold medal in the U.S. News & World Report Scorecard for national high schools, is for kids to get into Ivy League universities. As a result, her 3.7 GPA is not enough. She’s been repeatedly told that without straight A’s she won’t get into the college she wants.

“It’s not just the grades,” said Michelle Wood, Kyler’s mother, “the kids are also required to stand out.”

As a result, Michelle has seen her daughter experience low self-esteem and high anxiety. This is common among students. Some turn to drugs – marijuana and harder substances. Others feel it’s too much and opt to take their own lives. Michelle’s school recently had a 15-year-old student, Audrey Anna Hickey, take her own life. She was reported missing but was later found dead by suicide. As one family friend said, “She saw the good in others but could not see the good in herself.”

How could Audrey have been helped?

Many youth have thoughts of suicide before actually taking that fateful step. According to Washington State’s biennial Healthy Youth Survey, 15% of 8th graders, 19% of 10th graders and 18% of 12th graders have seriously considered suicide in the past 12 months. This survey tracks thoughts of suicide and attempts in students around the state.

Kyler has helped two friends who were contemplating suicide.

One friend texted Kyler, telling her of the thoughts and feelings he was having. At first he wasn’t very responsive. Simply texting: “sad world.” But soon his replies became more regular. This let her know that she was reaching him.

Kyler continued to say positive things to him, letting him know that she was there to listen and that he would be OK. She saw him the next day at school and said that he looked better and was talking to people. Another friend was really down and she was also able to reach him. She continues to support them.

“I’m really glad she wanted to help her friends, but since it sounded more serious I told her to mention it to the school so they could keep an eye out,” said Michelle, “Better to be safe than sorry.”

As a parent, she called the school to explain the situation. Kyler also reported what was going on to Bainbridge Youth Services located at BHS. This is a 50-year organization that provides professional, no-fee, confidential counseling and intervention for adolescents, ages 12-19.

For communicating with someone who might be suicidal they offer five action steps. These are supported by evidence in the field of suicide prevention. They are: Ask; Keep Them Safe; Be There; Help Them Connect; Follow Up.

Asking the question, “Are you thinking about suicide?” communicates that you’re open to speaking about suicide in a non-judgmental and supportive way. But don’t ever promise to keep their thoughts of suicide a secret. Correlated with asking is listening and helping them focus on their reasons for living. Studies have shown that asking at-risk individuals if they’re suicidal does not increase suicide or suicidal thoughts. Findings show that this may “reduce rather than increase suicidal ideation.”

Keeping them safe requires putting time and distance between the individual and their chosen method (e.g. firearms and medications). This also includes calling authorities or driving them to an emergency department.

Being there could include being physically present, speaking on the phone or any other way of showing support. It’s important to follow through with the ways in which you say you’ll support the person.

Helping them connect is to offer ongoing supports like suicide hotlines or resources in their communities – such as seeing a mental health professional. Also, by helping them develop a safety plan. This means that when they have suicidal thoughts they could have a list of individuals to contact when a crisis occurs. The My3 app is a safety planning and crisis intervention app that they can store on their smartphone for quick access.

After the initial contact, and linking them with immediate support systems, it’s essential to follow-up to see how they’re doing. Leave a message, send a text or caring postcard, and give them a call. This helps the at-risk individual to feel connected. Studies have shown a reduction in the number of deaths by suicide when follow-up was involved.

By using these steps to directly intervene, Kyler brought her friends back to the hope of life.

These are some of the strategies suggested on CNN’s Finding Hope special report hosted by Anderson Cooper on June 24th. One of the guests included actress Glenn Close, whose sister confided to her: “I need help, I can’t help thinking about killing myself.” By reaching out to Close her sister found help.

“Words can heal,” said Close, co-founder of Bring Change to Mind, “It can’t be a one-time conversation -- you have to keep talking.”

“The key thing is to really learn to have deep, authentic conversations with one another. Throughout. It’s not a one-time thing.”

Moutier said that the first thing is to look for warnings signs such as hopelessness, change of behavior, isolation – even if they appear happy. It’s vital “not to take no for an answer” when you know that your loved one is struggling. Look for the signs, listen to them and then act.

For those contemplating suicide Moutier said, “Reach out to someone, take the risk. People who love you. You’re not alone. Reach out and speak to someone about what you’re going through.” If you’re unable to speak to someone, she suggested calling the suicide crisis line.

Some survivors of attempted suicide said that the most important thing is to keep trying to help, even if that person is not receptive to it. Being unconditionally loving is key. Reaching out to a person struggling should be considered an act of love. It can be challenging, but at the end of the day that process can help save someone’s life. And it especially helps them understand that there are people who care about them and consider them in their day-to-day lives.

“Travel changes you. As you move through this life and this world you change things slightly, you leave marks behind, however small. And in return, life - and travel - leaves marks on you. Most of the time, those marks - on your body or on your heart - are beautiful. Often, though, they hurt.”

But as Jordan Burnam, an 18-year-old attempted suicide survivor concluded, “Hold onto hope. I was grateful to be alive. I now have hope trying to help others.”