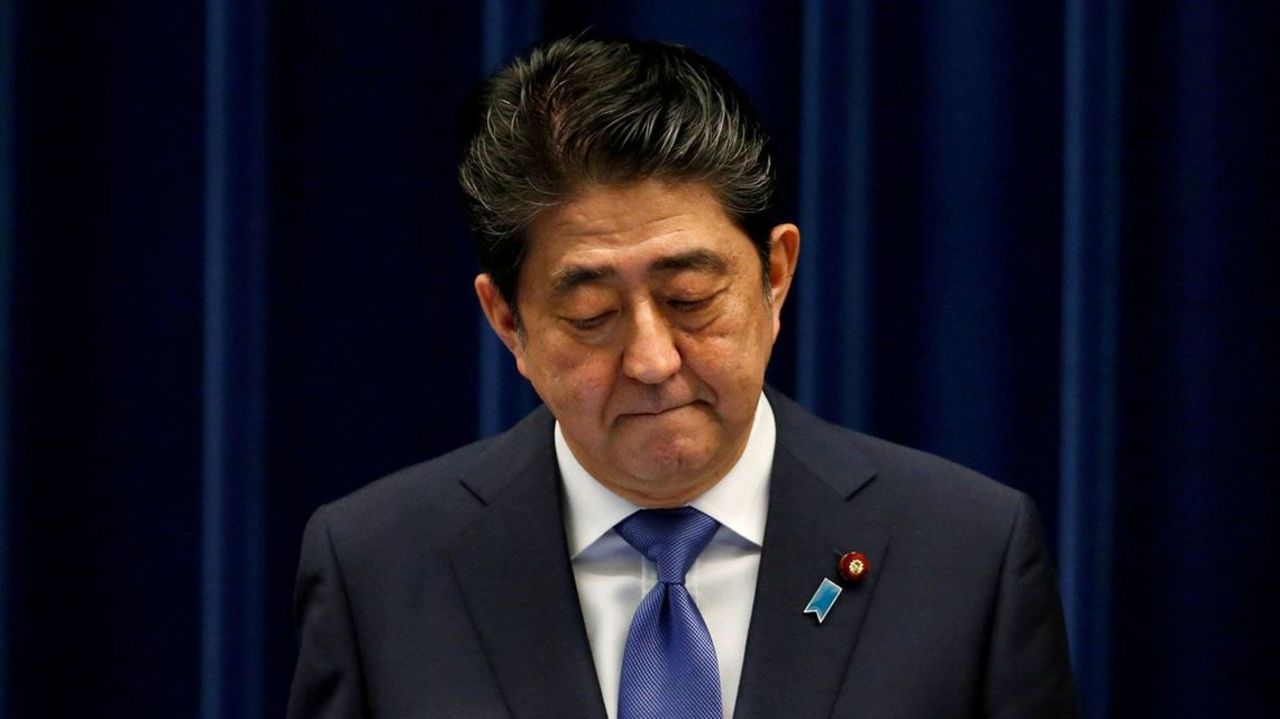 For the fourth time since the election of Donald Trump, Japanese Prime Minister Abe Shinzo is heading to the United States. Together with countless phone calls, the level of contact between the two leaders is unprecedented in the history of U.S.-Japan relations.

Unlike all his previous visits, however, there is an air of desperation surrounding Abe’s meeting on June 7th in Washington. The Japanese leader rushed to Florida in April, clearly alarmed by Trump’s decision to hold a summit with North Korean leader Kim Jong Un. Yet Abe managed to get a renewed pledge by Trump to pursue the goal of complete nuclear disarmament of North Korea and to hold fast to an economic blockade of the North, the so-called “maximum pressure” campaign.

When Trump suddenly cancelled the June 12 summit, Japanese officials were celebrating. But now the summit is back on the agenda, and Trump has publicly backed away from the goal of an agreement on a rapid path to “Complete, Verifiable and Irreversible Disarmament” – CVID.

Talk of “maximum pressure” has been cast aside with remarkable alacrity. And on top of all this, the Trump administration has escalated trade friction with Japan and Europe, initiating an investigation that could lead to massive tariffs on Japanese auto exports to the U.S.

“It is a gamble for Abe to come to D.C. so soon,” observes Mireya Solis, the head of Japan studies at the influential Brookings Institution in Washington. “Abe will come – and risk exposing that his personal diplomacy with Trump may be on its last legs – because the overriding concern is that Trump’s eagerness to call the June 12th meeting a historic success will result in a bad deal.”

Abe is clearly thinking about his own domestic political situation, as he continues to cope with scandals that threaten his premiership. “Abe needs to show domestic audiences that he’s doing everything he can to ensure that he’s standing up for Japan,” says Japan analyst Tobias Harris of Teneo Intelligence and the Sasakawa Peace Foundation.

But Abe may also believe that he can still influence Trump, whose positions seem to shift on an almost daily basis. He will try to press the President not to neglect core security interests – the threat of short and medium range missiles that can reach Japan; the threat of other weapons of mass destruction such as chemical and biological weapons; and the resolution of the abductee issue as a precondition for any normalization of relations with Japan.

On the surface, Abe may look like he is succeeding. “Trump will likely raise the abductees with Kim because he can do it in a cursory manner,” says Ferial Saeed, former senior advisor on Iran and North Korea policy at the State Department, currently a consultant at Telegraph Strategies. “It costs Trump nothing,” she adds, and he can use it to pressure Abe to provide economic aid to North Korea. “Abe can go back to Tokyo and claim that he got the issue on the agenda.”

The idea that Abe can shape Trump’s policy toward North Korea, a precious belief in the Prime Minister’s Office, is largely an illusion. Numerous sources familiar with the preparations for the summit tell this writer that Trump is determined to have the meeting, even though U.S. negotiators meeting with their North Korean counterparts at the Tongilgak meeting hall on the North Korean side of the Panmunjon demilitarized zone report very slow progress toward a joint statement.

“The White House keeps pushing back against the negotiating team’s efforts to define CVID because Trump doesn’t care about any of that in his headlong pursuit of a Nobel Prize,” one Washington insider told me. Indeed, the emerging centerpiece ‘deal’ of the summit is now to sign a declaration to end the state of war on the Korean peninsula, in effect ending the armistice agreement signed in 1953 between the United Nations commander from the U.S. and his Chinese and North Korean counterparts.

Trump, according to knowledgeable sources, already yielded to this long-standing demand during his Oval Office talks last week with visiting North Korean senior official Kim Yong Chol, without much apparent understanding of the implications of this concession.

After getting nothing in return for this, insiders fear, Kim will come back and ask why the U.S. needs troops on the Peninsula or conduct military exercises if there is an agreement to end the state of war. The imperative to maintain sanctions will also be undermined, they worry.

Japanese officials in the Prime Minister’s office and the Foreign Ministry cling to the idea that hardliner John Bolton, now the National Security Advisor, will block this kind of Singapore summit deal. He appeared to have a hand in the President’s letter calling off the summit. But this too, Washington insiders tell me, is also an illusion.

Control over the summit preparations sits firmly in the hands of Secretary of State Mike Pompeo, and behind him Vice President Mike Pence. The process of engagement with Kim and the North Korean leadership began with Pompeo when he was the director of the Central Intelligence Agency and was conducted through channels between the CIA and counterparts in the United Front Department, headed by senior military and intelligence official Kim, who met Trump last week. Bolton was notably absent from the Oval office meeting with Kim, reportedly because Pompeo kept him away from it.

Regardless of Bolton’s personal views, “he’s lying low because he’s crafty enough to recognize that investing political capital in trying to slow Trump’s rush to Singapore is both pointless and dangerous,” the Washington insider tells me.

Bolton may be calculating that the deal with Pyongyang will fall apart soon enough, giving him greater influence down the road. Or he may be more interested in using his role to pursue an escalation of tensions with Iran and see North Korea as a distraction from that more crucial front, not unlike what happened in the Bush administration in the leadup to the Iraq war.

If Abe presses the case for a tough stance toward North Korea, he may only end up irritating the impulsive Trump. “Predicting Trump’s moves is not for the faint of heart,” says respected Japan scholar Richard Samuels, director of the Center for International Studies at the Massachusetts Institute of Technology (MIT).

“He has given every reason for Tokyo to fear that Washington will compromise their security by cutting a deal that doesn't include short range missiles and that effectively acknowledges the DPRK as a nuclear weapons state. Abe has precious few cards to play to forestall that.”

Abe could tell Trump that this type of deal might force Japan to seek its own nuclear deterrent, in the absence of a clear U.S. commitment to collective security. “The problem is that Trump may not understand the implications, or even care,” says Professor Samuels. “Tokyo is in a tight spot.”

The emergent gap over North Korea is complicated, maybe even amplified, by growing trade tensions. The decision to move ahead with the imposition of tariffs against steel and aluminum imports from Europe, Canada and Mexico, on spurious “national security” grounds, a move already made against Japan, has alarmed U.S. allies. Japanese officials have joined the chorus against the challenge to the world trading system and this will likely occupy the G-7 summit in Canada at the end of the week.

In the view of some analysts, Japan is not viewed as a particular enemy in this emerging trade war. Japan is a lower priority for administration trade hawks compared to the negotiations over the North America Free Trade Agreement and with China. But Trump has also demonstrated a view of Japan deeply rooted in the trade wars of the 1980s, shaped by his experience in the New York real estate market when Japanese were grabbing up premier properties.

For Trump, “China is predatory but Japan is the real enemy,” argues a Congressional source with long experience in Japan. “For Trump, Japan was always a foe. Abe just managed to keep it in check with golf clubs, abasement, and special pleadings for a year, before it broke loose.”

When it comes to both North Korea and trade, domestic political pressures push the two leaders in clashing directions. “The domestic constraints create opposing incentives for both leaders,” says Brookings’ Solis.

“Ahead of the midterm election, Trump wants huge ‘wins’ in foreign policy: a breakthrough on North Korea and jolting trading relationships. The opposite is true for Abe: rolling up sleeves to achieve truly meaningful outcomes on North Korea and the protection of an open trading system.”

For Abe, having taken the risk of embracing Trump from the moment of his victory, it may be too late to turn away. But this week may mark the end of the returns on that investment.