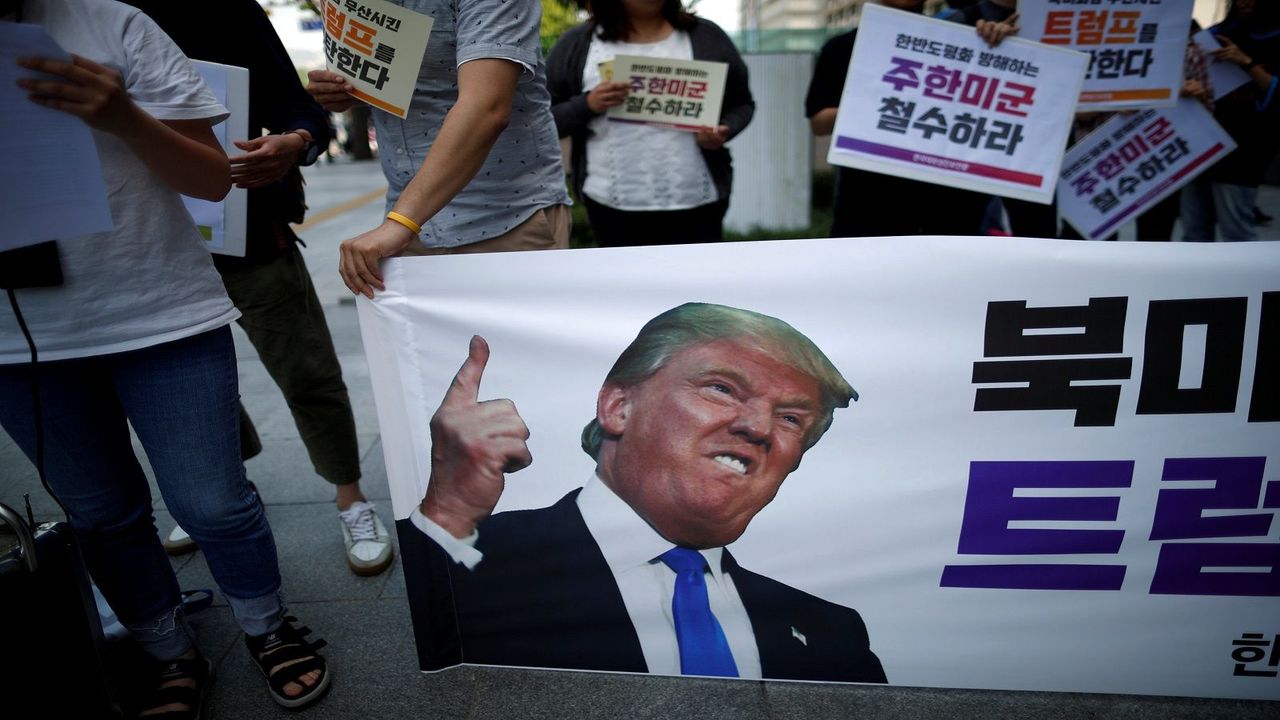 News of Donald Trump’s abrupt cancellation of the Singapore Summit with Kim Jong Un hit Tokyo and Seoul late at night. Over in Korea, it sent the government of Moon Jae-in into a state of shock. In Japan, there may have been a little late night drinking in celebration of the news.

After all, the government of Prime Minister Abe Shinzo has made no secret of its deep, and justified, fear that the Singapore Summit would likely lead to a bargain that would ignore Japan’s security interests and its desire to finally settle the abduction issue.

It was, however, way too early for Abe to celebrate. The Singapore Summit remains in play, as evidenced by the North Korean response delivered by nuclear negotiator veteran Kim Gye Gwan and the positive response to that gambit from Trump. The leaders of the two Koreas huddled urgently over the weekend, plotting not only how to revive the summit but also signaling that they were prepared to march ahead on the path of North-South engagement no matter what Trump decides.

Trump’s decision to call off the summit merely reflected what most analysts, including within the U.S. government, already understood – that there was an unbridgeable gap between the U.S. goal of complete nuclear disarmament and the North Korean offer of a freeze sweetened by some dramatic gestures. National Security advisor John Bolton’s talk of a “Libya model” of complete denuclearization in one or two steps, and the North Korea rejection of that idea, only served to make this fundamental difference evident.

The Trump combination of unpredictability and threat, rolled out again this week, will not change this. And it may not matter. In a flurry of tweets, Trump seemed almost desperate to restore the summit that he so impulsively cancelled a couple of days before.

“It shouldn’t be hard to convince Trump,” predicts former senior State Department official Evans Revere, a veteran of North Korea negotiations. “If nothing else has been made clear by his actions over the past 48 hours, it is that he wants this summit at least as much, and probably more, than Kim Jong Un does.”

Contacts between North Korea and the U.S. are resuming but the gap over denuclearization is now exposed and a summit can only proceed, on anything but a nominal basis, if one side or the other caves. Kim Jong Un shows no sign of being ready to surrender his nuclear weapons.

Trump however may be ready to settle for less, as long as it produces a televised drama that he can claim as victory. “Trump’s language showed once again that he desperately wants to be the Man,” former State Department special envoy on North Korea, Amb. Joseph Yun, who recently left the government, told me.

Japanese officials, in this view, would be wise to hold off from any claims of having brought Trump back into line. “If I were Abe, I wouldn’t spike the ball just yet,” Revere told me (NOTE to translators – that is an American football reference – throwing the ball down after scoring a touchdown).

“Trump wants and, in his own mind, needs the summit to boost his declining fortunes and to get a much-needed ‘win.’ It won't be long before he takes another shot at getting his Nobel prize.”

There are some who see the Trump cancellation letter as a positive development, a step toward a better bargain.

“All I can say is that a rescheduled summit has a better chance of success than going ahead with a hastily arranged ill-prepared summit as scheduled,” Chun Yongwoo, former senior South Korean diplomat and national security advisor to conservative President Lee Myung-bak, told me from Seoul. Chun is critical of Moon’s overriding desire to engage the North.

“President Moon is understandably disappointed and embarrassed but it will turn out to be better for him in the end,” Chun argues. “He reaped what he had sown. His policy of unconditional engagement was based on a wishful thinking rather than on hard realities. He is also to blame for overestimating and misinterpreting Kim Jong Un's ‘commitment to the goal of denuclearization.’”

Chun also cautions against Japanese premature celebration. “Japan must be ambivalent.” Chun advises. “If Trump was ready to accept a deal which would be made at the expense of Japan's security interests, which I suspected, Abe has good reason to celebrate. But he will be wise to conceal his excitement if he wishes not to add salt to President Moon's wounds.”

Japan may still have a role to play in keeping the pressure on North Korea and restraining a President still eager for a visible victory.

“Prime Minister Abe should be relieved that an unprepared meeting that would, at best, only have helped North Korea to have its nuclear cake and eat it, too, will not be held,” former senior State Department official and Korea hand David Straub told me.

“Now he will need to try to guide Trump toward a program of increasing sanctions pressure on North Korea while increasing deterrence--and away from threatening, much less moving, toward military action.”

The China and South Korea factor

It is probably already too late, however, for that kind of careful preparation. South Korea and China, who have much more control over what is going on in this fast-moving situation, are already reshaping the dynamic on the peninsula. Both are already inclined to ease pressure on North Korea, in hopes of both encouraging it to return to talks and because they see engagement as essential to easing tensions in the region and avoiding war.

Like Japan, the Moon administration was not informed in advance about Trump’s cancellation letter. Moon thought he had reached an understanding about how to approach the summit when he met Trump in Washington earlier in the week. The public dismissal of Moon threatened to undermine the perception in the South that his opening to the North is a great success.

“The Moon administration has been tremendously embarrassed, both at home and abroad,” agrees Straub. “All along, Moon was trying to play Trump--both to minimize the risk of US military action and because South Korean progressives remain terribly naive about North Korea--but he didn't reckon with just how volatile and ungrounded Trump is. Now Moon will have to rethink his strategy.”

Moon demonstrated this weekend that he is not easily pushed off the course of North-South engagement. Indeed, the quickly arranged meeting on the North Korean side of Panmunjon showed again that Trump’s threats of war and his impulsiveness only serve to accelerate the mutual embrace of the two Korean leaders.

High level North-South talks will resume later this week, both sides now ready to move ahead on plans for long-term economic engagement and peace talks, regardless of what Trump decides to do ultimately. Kim Jong Un has adeptly positioned himself, as he has since the beginning of the year, to take advantage of any tensions between South Korea and its American ally.

Early steps to open economic engagement with the North, such as reopening the Kaesong Industrial Complex, were already on the agenda and may be accelerated as a result of the latest developments.

China has already put the burden of blame for the cancellation on the U.S. actions. Trump pointed a finger at Xi Jinping as the man behind what he claimed was Kim’s turn toward a ‘hostile’ attitude, noting it followed the second meeting held between Kim and Xi in the northeast Chinese city of Dalian. These charges were linked to the rocky trade talks between China and the U.S, with the implication that Chinese failure to bring North Korea to heel will encourage a tougher line on trade.

The idea that China would benefit from a collapse of the summit seems unfounded – Beijing is mainly concerned with a lessening of tension which the Singapore meeting promised to provide. But in any case, the Chinese leader has already pocketed a huge bonus from Trump’s abortive diplomacy – the return of Kim and North Korea to the Chinese fold.

Numerous reports from the region confirm that Chinese controls on cross border trade with North Korea are already loosening. North Korean workers are returning to Northeast China and goods trains can be seen moving across the bridge into the North.

The U.S. policy to maintain a tough sanctions regime as an instrument to bring Pyongyang to the negotiating table is already effectively dead, some analysts believe. “Beijing will continue to enforce sanctions, but their heart is not in it anymore,” says former State official Revere. “My sources in the United States Government tell me that ‘maximum pressure’ has already maxed out.”

None of this can be reassuring to Japanese policy makers who are already struggling to cope with the unpredictable behavior of the Trump administration when it comes to trade issues – the latest being the threat to impose massive tariffs on auto imports. The cavalier treatment of allies in Northeast Asia cannot create much confidence about what happens next in this Singapore whirlwind.

One conclusion, however, is inescapable. The idea that Donald Trump is a great deal maker, an idea he relentlessly promotes, is no longer taken seriously in Tokyo. Instead, to use the words of the New Yorker’s Susan Glasser, it is now painfully obvious that “Trump is a much better dealbreaker than dealmaker.”