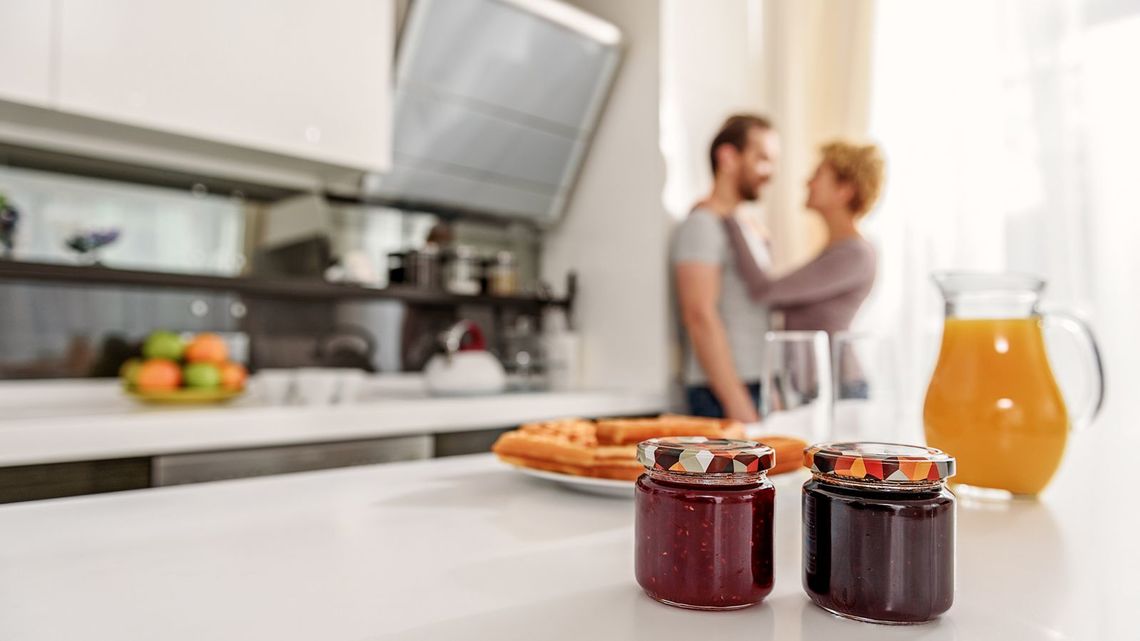 The Trump name has made recent headlines. No, this was not for one of the President’s latest tweets, but regarding Donald Trump Jr.’s personal life. On March 15, his wife of 12 years, Vanessa Trump, filed for divorce. With five children between the age of 3 and 10, many people have speculated on the cause of their split – finances? Infidelity? His social media habits?

As high profile as this divorce is, it bucks the current trend in the U.S.

Divorce rates are at a historic low. According to the National Center for Family and Marriage Research at Bowling Green State University, the divorce rate continued to decline in 2016, reaching a 40-year low. The 2016 rate was 16.7 divorces per 1,000 women aged 15 and older.

The reasons for the divorce rate spike in 1980 were due to the growth of the women’s movement and no-fault divorce laws. This is according to Karen Sternheimer, a sociologist at the University of Southern California.

Sternheimer said that California became the first state to offer no-fault divorce in 1970, and other states soon followed. This meant that couples didn’t have to prove any reason for divorce to a judge. If one spouse wanted out, they didn’t need to sue the other. They could just file and that was enough.

What is causing this downward trend in divorce?

“It’s financial,” said Jessie Madison, a professional mother of two. “The economy of divorce is transparent. It costs a lot and it’s hard to get a cheap one.”

Madison said that although she found the lower divorce rate surprising, she believed that people were wiser about combined wealth and their reluctance to dismantle mutual investments.

Having shared wealth and two children were the primary reasons why she and her husband of 21 years decided to stay married. Theirs was a storybook courtship and marriage – they met as teenagers, dated for 10 years, and had similar family backgrounds. Both sets of parents had stayed together for decades, so they had strong examples of solid marriages. But about two years ago their marriage was rocked.

They had a very sick child, had a parent pass away and another one diagnosed with dementia. With their marriage weak before these events, the trauma from these experiences seemed too much to get over.

“We never tried to change bad habits as a couple,” she said. “We lost each other and blamed each other.”

She found her emotional needs met by her female friends and some male friends got closer. Her husband just shut down.

At this point they began thinking about divorce. In so doing they looked at the overall cost and what they found wasn’t encouraging.

“The act of getting a divorce is expensive,” she said.

For instance, the average cost of divorce in Wyoming (which has the highest national divorce rate) is $11,400, according to Martindale-Nolo Research. Their national results, gleaned from 15 million monthly web visitors, state that divorce costs an average of $17,200 in Wyoming when minor kids are involved. This differs from Massachusetts where the average divorce cost is $15,900 and $23,900 when minor children are involved.

Increases in cost can also result from having dispute over alimony, property division, especially for high-net worth couples who have to go to trial rather than settle these issues out of court. In Massachusetts, divorce involving alimony disputes costs an average of $22,100. These costs include attorney fees, mediators, court filings, etc.

If divorce rates are lower due to the rising cost of divorce, why did the divorce rate spike in 2008? The obvious answer would be financial instability – job insecurity and the mortgage crisis. However, this was not the case.

Philip N. Cohen, a sociologist at the University of Maryland, College Park, referred to the American Community Survey (ACS) to point out this discrepancy. This is a yearly survey that is run by the U.S. Census Bureau that contacts over 3.5 million households and asks them questions related to jobs and occupations, educational attainment, marital status and other topics.

“For a long time, divorce was tracked as a vital statistic, like birth or death,” said Cohen. “Then, in 1998, a handful of states stopped counting it, so through 2007, there wasn’t nationally representative data.”

Then, in 2008, the ACS started asking people if they had sought a divorce in the previous year. Although practical, it made data collection regarding divorce imperfect, since people can say “yes” when they were never legally married or had chosen to separate rather than go through the courts.

“When dependency isn’t built into family relationships as much, and relationships are chosen freely, they’re higher quality,” Cohen says. “If people don’t need to stay in their marriages for survival, it changes the whole quality of the relationship, in my opinion, for the better.”

Although survival may no longer be a primary reason for staying married, making ends meet on a single (vs joint) income is. This is something that Chantelle Stanton, a professional mother of two, thought about when deciding whether to file for divorce. Her reasons for staying in her marriage of 15 years (including over 5 years of dating) were simple.

“Security,” she said. “It’s expensive to get divorced and to have to manage two households.”

Stanton said that separating households is more costly and is very difficult for a mother and her kids. She and her husband also love to travel and she acknowledges that this would be more difficult to do on a single income.

But beyond the financial, her reason for staying in her marriage is deeply personal.

“I contemplated divorce,” she said, “but because of my children and trying to keep a stable home life, I’m choosing to keep the family intact.”

Not surprisingly, this is one of the major reasons why people are choosing to stay married, even in difficult marriages.

According to a study quoted in Huffington Post, one in four married couples are only staying together for the kids’ sake and plan to divorce once they’re grown. Of the 2,000 respondents – all of whom were married parents – 18 percent had a specific date in mind to end their relationship.

In studying the lower divorce rates published by the National Center for Family and Marriage Research, one sees the divorce rate jump after 20 years versus at the 10 year rate. The implication is that people are waiting to pull the trigger on unhappy marriages – waiting for all the kids to get out of the home.

With a young son and a high school-aged daughter, Stanton is determined to give her children the stability they need in a two-parent home. She was not “waiting to pull the trigger” but was concerned about the current social climate. She pointed out how all the recent mass shooters “had no dad in the picture.” Without “good father-figures,” she said that this affected family life.

“Gun control is a debate we need to have,” he said on CNN’s “State of the Union” on 25 March. However, he said there was “another debate” we should have and “that’s the fact that these kids come from broken homes without dads.”

Although Stanton may coincide with this view, she was quick to point out that if parents were fighting at home, it was no good. She said that children need “good family environments.”

These societal fears are some of the reasons why Stanton is trying to work things out in her marriage. She believes that through marriage counseling, talking and the commitment to their kids, they will manage to stay together.

“I have the attitude of not giving up,” she said. “I hope that it can get better.”

Another reason why divorce rates have fallen is because many people are choosing not to get married, such as millennials.

This group is waiting longer to get married, and since divorce rates have been steadily declining, some sociologists suggest that these two trends could be linked.

The biggest change is that a large number of millennials are choosing cohabitation before deciding whether or not to marry. Couples are electing to live together, which is a stark change from just 60 years ago.

Wendy Manning, a sociologist, analyzed data compiled at the National Center for Family and Marriage Research (NCFMR) and found that “only 11% of women who first married between 1965 and 1974 cohabited prior to marriage.” By 2009, 66% of women were choosing this: a six-fold increase from their parents’ generation.

In a study published in the Journal of Marriage and Family, Manning noted that living together “has become the pathway towards marriage.” There is now evidence of more lasting marriages among the cohabitating generation.

The idea of stability in millennial marriages is supported by data collected by Justin Wolfers, a University of Michigan economist. His data was published by The Upshot at The New York Times. He concluded that people who got married in the 2000s are so far divorcing at a lower rate than those who married in the late ‘70s, ‘80s, and ‘90s.

Wolfers suggests that there are many reasons for this downward trend. One of which is that people who married soon before the feminist movement were sometimes marrying “someone who was a good match” but the wrong partner after times changed. Modern marriage is different.

“It’s just love now,” Wolfers said. “We marry to find our soul mate, rather than a good homemaker or a good earner.”

Another reason for lower divorce rates is that some married couples are opting for alternate solutions to their marital differences.

For instance, if Stanton and her husband couldn’t make things work but wanted to stay together for the children, there’s a concept called a “parenting marriage.” It was started by Susan Pease Gadoua, author of “Contemplating Divorce” and co-author of “The New I Do.”

Gadoua said that as spouses, “you basically change your job description from lover, best friend and co-parent to co-parent first and foremost, friends maybe, and lovers no longer.”

During the past eight years, she’s helped dozens of couples across the U.S. transition from “their traditional marriage to this non-traditional variation on the theme.” She said that many find it workable as they can now co-exist as housemates and co-parents, rather than try to recapture the love and intimacy.

This may be a solution for some, but for those couples who wish to recapture the spirit of their marriage, a marriage therapist is often the key.

That’s what the Madisons did. After they decided not to pursue a divorce, their next step was therapy. They tried two marriage therapists and the second one resonated. She told them:

“Everybody has their own [issues]. At least you know each other’s [issues] after 21 years of marriage and 10 years of dating.”

This made sense. If they were to part ways they would have to learn that new partner’s “stuff” and vice versa. It’s an unknown. Instead, their therapist showed them how they could change their habits and learn to love again.

Madison said that they’ve made more time to spend alone as a couple, they touch more and recognize each other’s “triggers” in order to avoid them. Before, each fight was “war,” now they can agree to disagree and move on.

Beyond their reasons to stay together – children, strong extended family connections, the stigma of ‘failing’ at something, Madison still went back to the financial implications.

“We didn’t want to sell the house,” she chuckled. “As you watch the sunset together and hold hands, it might not be so much love for each other but love of the house.”