Newborn at Home: Are Men Taking Paid Parental Leave in The U.S. and Europe? 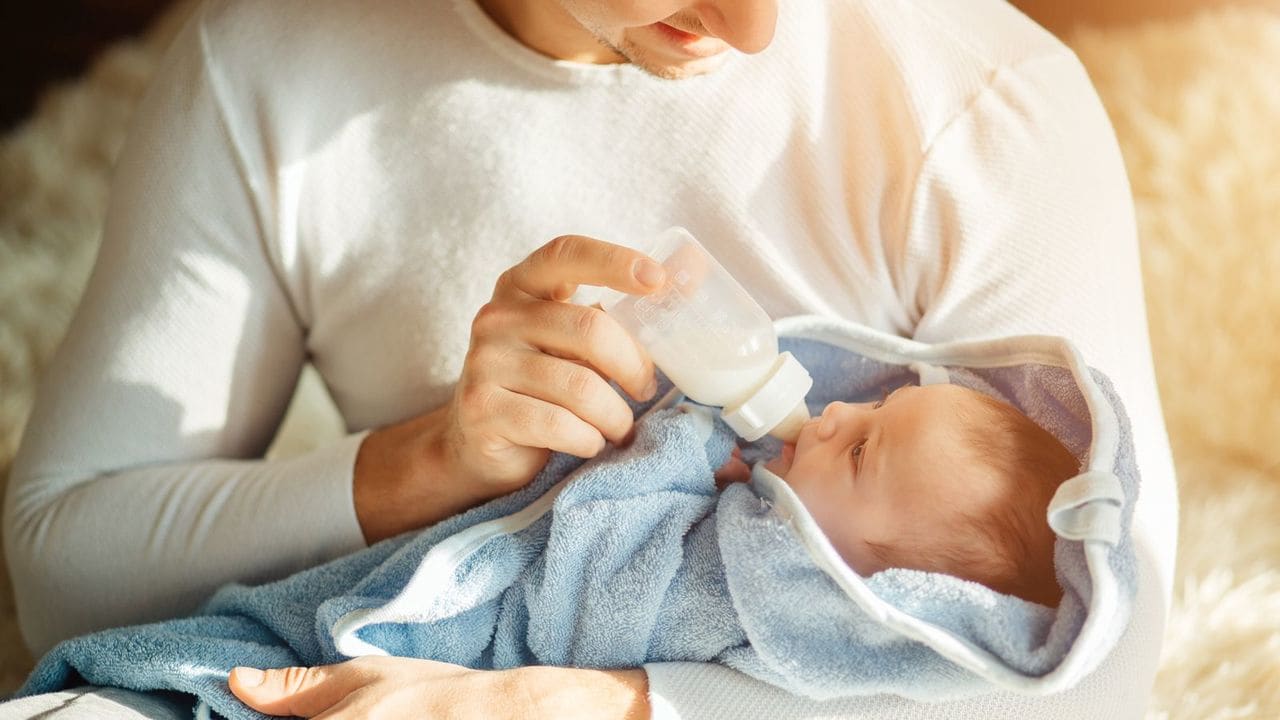 The United States is the only industrialized country that does not offer all of its citizens paid family leave. This is based on the Global Competitiveness Report by the World Economic Forum, which ranks 140 countries based on their “productivity and prosperity.”

According to the US Bureau of Labor Statistics, only 14% of civilian employees had access to paid leave in 2016. Those that did were guaranteed those protections by state laws or employer generosity.

The U.S. Department of Labor (DOL) believes that paternity leave - and especially longer leave of several weeks or months – “can promote parent-child bonding, improve outcomes for children, and even increase gender equity at home and at the workplace.” Their conclusion is that paid parental leave for fathers, as well as for mothers, provides real assistance to working families.

But why don’t more men take advantage of this?

There is still a social and cultural stigma that makes it less likely for men to utilize this benefit, even when offered.

This was the Simeon’s experience. Mable and George Simeon were getting ready to welcome their second daughter into their family, when George decided to take paternal leave. His company, the second largest bank in the U.S. offers three months of paid paternity leave. As manager/VP, he approached his superior about this.

“His manager hinted that in the past, people’s careers have been injured or limited if they took the full leave,” said Mable.

As a result, he only took one month off.

His superior’s rationale was that if you’re out of work for three months, then your role isn’t critical. If you’re away for that long and they didn’t need you, then your function within that company could potentially become redundant.

Thus, by taking paternal leave, Simeon was possibly making a career limiting move. This reasoning “scared him into compliance,” said Mabel. There was an unwritten rule that fathers should not take the full three months. But some men defy it.

The Simeons point to George’s co-worker who took the full three months paid paternal leave. He took the risk of lower pay or being passed over for promotions. But they believe he was able to do so because he served a more junior function, where his absence didn’t cause work to slow down.

“Co-workers are very supportive of fathers taking time off,” said the Simeons.

So, the corporate culture doesn’t frown upon men spending time with their newborns (or adopted babies). However, companies are more concerned about productivity.

To this point, the Journal of Social Issues published three studies on the stigma of taking time off work for men. One of the studies by Scott Coltrane, a sociologist exploring fatherhood from the University of Oregon, examined 6,403 men over time (the same group) and found that taking time off for family reasons reduced men’s earnings, in the same way it reduced women’s earnings. On average, the men lost 15.5% in earnings over the course of their careers, compared with a 9.8% drop for women.

“There is still some stigma about men who say, ‘My kids are more important than my work,’” said Coltrane, “And basically that’s the message when men take it.”

According to the DOL, 20% – one in five – women who took maternity leave were paid for it, while for men that number was 13%. Furthermore, about seven in 10 U.S. fathers took 10 days off or less to spend time with their new child. Working mothers who take maternity leave take off an average of 10 weeks from work.

Paid paternity leave is less likely to be offered than maternity leave, according to Paternity Leave: Why Parental Leave For Fathers Is So Important For Working Families, a report by the Department of Labor.

The template for parental leave in the U.S. was signed into law in 1993, by President Bill Clinton. The Family and Medical Leave Act was the first and only federal leave legislation in the U.S.

The law, also known as FMLA, guarantees nearly 60% of employees 12 weeks of unpaid leave for the care of a new baby, a newly adopted child, an ill relative, or to recover from their own serious health condition. The other 40% not covered include those who work for smaller firms, work part-time (such as freelancers) or those who haven’t been on the job long enough to qualify (less than a year).

Twenty-five years later, FMLA is still the only federal legislation clearly focused on aiding workers to manage their responsibilities – both at home and the workplace. Although a step in the right direction, many family advocates believe that it is time to revamp FMLA.

Inroads on the state level have been made and some businesses are expanding their paid leave policies to include men and part-time workers. This issue has also turned into a political talking point, most recently heard at President Donald Trump’s State of the Union address on January 30, where he stated, “Let us support working families by supporting paid family leave.”

Last July, Washington state joined five other states (California, New Jersey, Rhode Island, New York, Washington D.C. in 2020) in covering workers’ income during childbirth. The Washington law will take effect in 2020 for new moms and dads (by birth or adoption) with guaranteed pay for 12 weeks, with an additional two for complicated pregnancies.

The Simeons, who live in New Jersey, could have benefited from these state laws. But it was his company’s paid leave policy that was most advantageous.

Although he would have preferred the full three months, he said that the month he spent with his daughter was irreplaceable. He was able to have hands-on time with the baby. He could also help his wife with their four-year-old daughter, do grocery shopping and anything else that was needed at home.

“It’s important that men have the opportunity to bond with their kids,” said Mabel.

The Simeons are grateful that his company has this policy, as it pales in comparison to the previous bank where they worked. As the fourth largest bank in the U.S., it had a two-week maximum paid parental leave policy – for both men and women. George only took a week off to be with his newborn at the time.

“This is the U.S. policy,” said the Simeons, “Europe has better paternal leave policies.”

According to Yannick Laclau, a U.S. born internet executive and entrepreneur, who lives in Zurich, Switzerland, things are not as rosy as one might believe.

“In Switzerland, there is no official paternity leave,” he said.

Companies are mandated to give employees up to a day for significant family events, including a birth, but anything in addition is determined by individual corporations. However, he said that the “Paternity Leave Now!” petition had driven lawmakers to accede to a nationwide referendum demanding at least 20 days of paid paternity leave, to be taken within the first year of the birth of a child.

The Swiss government is opposed to it, saying the scheme – similar to programs of many other European countries – would cost 420 million Swiss francs ($428 million) a year. A date for the public vote still has to be set by the government, but Laclau said it’s coming up soon and we’ll “see what the people decide!”

By comparison, women obtain paid maternity leave of 14 weeks at 80% salary with protections to guarantee that mothers can return to their jobs. This was approved by national referendum only in 2005, after many years of failed votes.

With regard to paternal leave, Laclau believes that the policy is unfair.

“It’s great to give this time for mothers,” he said. “But if we really want to have a society where fathers are more involved with their family, the opportunity to do so must be made available.”

He believes paternity leave promotes a more elevated society. If this leave is offered to everyone equally, the next generation and their kids will benefit from children raised in good home environments.

Laclau believes that there’s room for innovation as to how to achieve this. He asks some pertinent questions such as:

“Is it better to give paternity leave, as for example, 20 weeks when the baby is born, or 5 weeks per year spread over the child’s three years? Should mothers and fathers take leave together or spread it out separately? What is more effective for children? What is less costly for the economy?”

His previous company had five days of paid paternity leave, but fathers could potentially get more days of unpaid leave. But being home with his firstborn was so important to Laclau, that he crafted a different route by becoming self-employed and working very hard at consulting projects up to the birth of his son. That way he could afford to take four months off. And it’s a decision that has paid off.

“I have loved this experience of creating a family and being present to watch the incredible development, on a daily basis, of a little human.”

Laclau said that sharing this time with his wife has brought them closer together. He’s been grateful to relieve her of the stress and “newness” of caring for their first child.

Generally, the U.S. has been behind in supporting workers’ obligations at home and at work when they have a newborn. But the culture is changing.

According to Jane Waldfogel, professor of social work at the Columbia School of Social Work, fathers who took significant leave were more likely to do “hands-on child care later.” This included tasks such as diaper changes, feeding, dressing and bathing after the first year of a child. This creates a bond with the child and provides much needed support to the mother.

For these reasons, many companies, states, and perhaps the federal government is realizing that if men are very involved early on in the care of their children, they’re more likely to be involved as the kids grow. This would translate to more equality – in terms of sharing and roles -- for parents within a household.

For Laclau, taking paid paternal leave has been a very positive decision for him and his family. He certainly hopes that by so doing, he’s built a solid foundation for his relationship with his son. But he is quick to point out that there’s no template for all fathers to follow. Some have the “be at the hospital for birth plus a couple of hours, then back to work,” attitude, while others take 18 months off. But his advice to any future fathers?

“Do take whatever leave you can get – you won’t regret it!”