The Triple Truce At The Winter Olympics 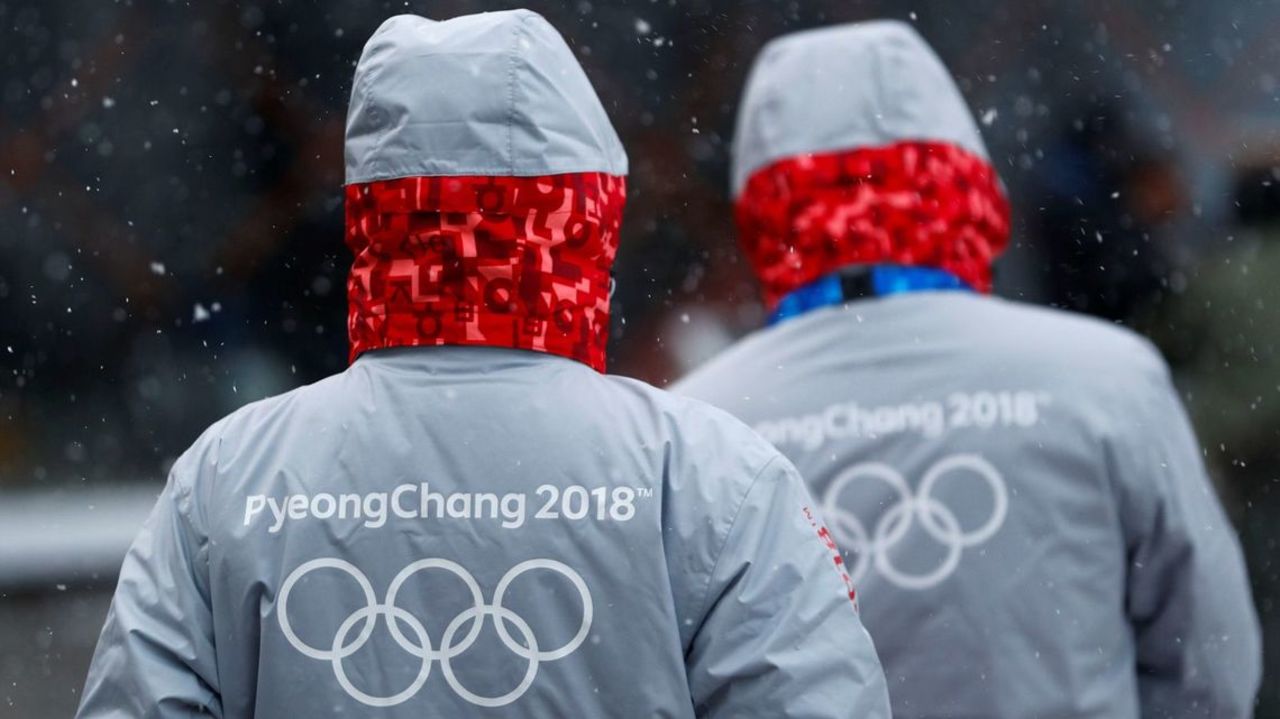 When South Korean President Moon Jae-in opens the Winter Olympic games in PyeongChang next week, it will mark the beginning of a Triple Truce, represented by the presence of three people at the Opening Ceremony.

One truce is between Moon and Japanese Prime Minister Abe Shinzo, who waited until only last week to announce his decision to attend the opening of the Games.

The second truce is between the South Korean government and the Trump administration, who will be represented by Vice President Mike Pence.

And, of course, the most obvious truce is between South and North Korea, which is joining the Games under a unified flag and will send a high-level delegation, possibly led by Choi Ryong-hae, at one time considered the second-ranking figure in the North Korean military.

What are the Triple Truces at the Winter Olympic Games and, most important, how long may they last?

The tensions between Japan and South Korea are not new or in some ways surprising. President Moon has stressed his desire to improve relations and to cooperate on dealing with the North Korean threat, and to separate the broader relationship from the problems arising out of wartime history issues. But Moon also always opposed the December 2015 agreement to settle the Comfort Women issue and made that a part of his election campaign platform. Moon tried to maneuver between his political base on the left and the need to keep good relations with Japan, and with the U.S. which pushed for this agreement.

Abe has maneuvered as well between the pressure from the right, particularly within the Liberal Democratic Party, and the pragmatic decision to make this deal, reflecting the U.S. desire for greater security cooperation between its two Northeast Asian allies.

Abe seemed inclined to punish Moon and South Korea for their actions. Japanese Foreign Ministry officials were telling foreign reporters that Abe would not go to the Games, as late as last week. What happened?

One view, put to me by experienced Japanese political reporters, is that Abe was simply playing a kabuki game, that he knew from the beginning there would be no choice but to attend the PyeongChang opening ceremony, especially since Japan is hosting the 2020 Summer Olympic Games. But he waited until the last minute in order to put maximum pressure on Moon and also to play to the anti-Korean sentiment of his own political supporters.

The other explanation, which surfaced in reports in Japanese media last week after the Abe announcement, was that he was bowing to pressure from his close friends in Washington. According to these reports, Vice President Pence, who will visit Japan on February 7 on his way to Korea, pushed Abe also to go to the Games. A senior State Department official told me that this report is basically accurate.

Why did Pence press Abe? This is not, as perhaps some may think, because the Trump administration sees the importance of history issues. Rather, I am told, it is because Washington is worried about the push for North-South engagement by Moon, fearful that it may undermine the united front of pressure on Pyongyang. In short, Pence asked Abe to join him in PyeongChang to carry out a joint attempt to keep Moon in line.

Both views are probably true – that Abe was always going to go, but playing hardball, and that Washington pushed him to do so. In any case, how long will the Japan-South Korea truce last? Perhaps not very long.

Abe is not prepared to offer any kind of gesture to Moon on the history issues but will simply insist that the Koreans follow the existing agreement. If things do not get worse, there could be a trilateral summit with the Chinese in the spring, as is sought by Japan. If not, relations could easily deteriorate again.

The existence of a gap between the Moon administration and the Trump administration over how to deal with the North Korea threat has been evident for many months. Moon was elected on a platform of engagement with the North, a version of the “Sunshine Policy” that South Korean progressives have backed since the days of Kim Dae Jung.

The basic belief that the path to solve the problems of the Peninsula lies through engagement has been reinforced by Trump, whose twitter-fueled threats of military action if diplomacy fails have probably had more impact in Seoul than in Pyongyang. There is considerable worry in South Korean policy circles that conflict, particularly arising out of miscalculation and misreading by both sides, is a real possibility.

That fear drove the move to open a diplomatic door to Pyongyang. Add to that the hope for a peaceful and successful Olympic Games. The North Korean leader Kim Jong Un walked through that open door in his New Year speech, exploiting that desire for a calm Games to potentially both drive a wedge between Seoul and Washington and perhaps crack open the sanctions regime that is having some impact on the North Korean economy.

Vice President Pence’s senior aides told reporters last week that he was going to the Olympic Games to counter the North Korean attempt to “hijack” the event and to carry out his own counter propaganda. Publicly American officials continue to show a united approach with Seoul, as was demonstrated at the recent meeting of the American and South Korean defense ministers in Hawaii. But there is skepticism about the reality of this coordination.

“Moon has already broken ranks,” says former senior State Department Korea hand David Straub, the Sejong-L.S. Fellow at the influential Sejong Institute in Seoul. “We are papering over the differences and saying they don’t exist.”

But Straub worries that Moon is committed to engagement with the North and ready to ease sanctions if Pyongyang gives them the chance. There are contingency plans for reopening the joint industrial park inside North Korea at Kaesong and other joint projects, as well as a readiness to reduce the scale of the postponed joint military exercises. “They will go there in a minute if they can do so in terms of domestic politics and the international situation,” says Straub.

Other American policy makers are more sympathetic to the South Korean dialogue with the North and the Olympic truce. They see more danger from Trump’s unsteady leadership than from Moon.

“I support the Republic of Korea doing everything it can to open dialogue channels,” says Scott Snyder, a top Korea expert at the prestigious Council on Foreign Relations. “So far, I don’t see a great threat of a split in the alliance,” he told me. “Thus far, Moon has been a pragmatist. Unless this changes, the greater danger will come from American inconstancy.”

That brings us to the most important question of all – how long will the North-South Korea truce last. Most American analysts, even ones who are supportive of the effort at dialogue, are deeply skeptical. “At present, I fear that this is a limited time only cessation of tensions that will snap back in April to the former trajectory toward confrontation,” says CFR’s Snyder.

There is even concern that the truce won’t last through the Games. The North Koreans quickly denounced the announcement from Hawaii that the joint military exercises would resume after the close of the Olympics.

But the Moon administration and close advisors on North Korea policy continue to hold out hope that the Olympic truce will yield some breakthrough in what are anticipated to be high-level talks. They characterize the dialogue as an indirect route to U.S.-North Korea talks and reject the idea that this is merely an attempt by Pyongyang to drive a wedge between the South Koreans and their ally.

“President Moon will try to get ‘something’ out of the high-level talks with North Korea during the Olympics, which may lead to better opportunities for U.S.-DPRK talks as well as inter-Korean talks,” Paik Haksoon, who directs North Korea studies at Sejong, told me.

“If he does not get anything, Moon may not be a position to urge the U.S. to give a chance to the new development in Korea. If that’s the case, I guess President Moon will not seek the suspension of the spring military exercises or seek resumption of Kaesong Industrial Park.”

Moon’s desire to use the Olympic truce to usher in serious talks is limited by not only his need to avoid an open break with Washington but by the less than enthusiastic response of the South Korean public to this embrace. Moon’s popularity ratings, which have been very high, declined significant for the first time this past week, a drop attributed by many, at least in part, to the backlash against what is seen as a overly eager effort to appease the North Koreans.

The North Koreans may still be eager to gain whatever they can from this truce in terms of both lifting sanctions and easing pressure from the outside. But they are also clearly hedging their bets and preparing for the resumption of serious tensions. The most visible demonstration of that dual approach is the decision to hold a massive military parade on February 8, the day before the Olympic opening.

If, and when, the truce collapses, we will be back where we were – on the road to some serious confrontation with North Korea, one whose ultimate outcome could change the global trajectory.