Abe After The Election -- What To Do With Power? 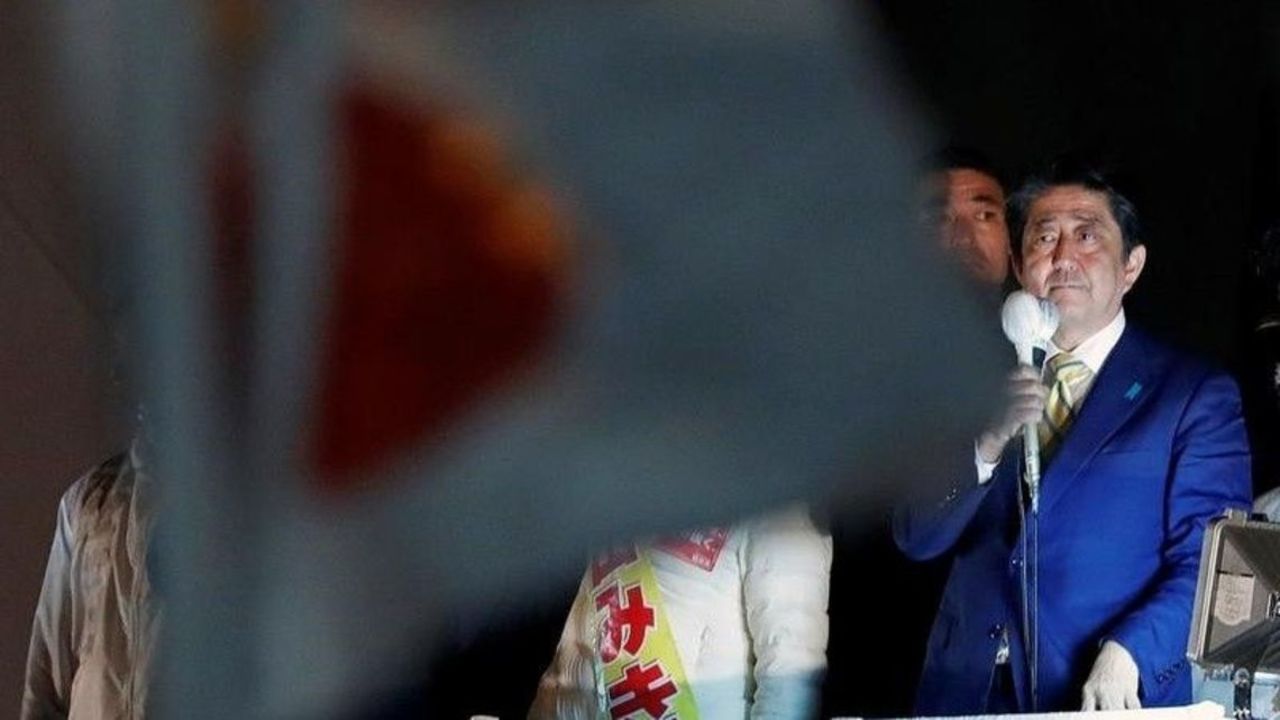 Shinzo Abe has once again defied his critics and proven himself to be one of the most skillful Japanese politicians of the post-war era. Facing scandals eroding his popular support, and a challenge from within the ruling Liberal Democratic Party to his continued leadership, Abe opted for a frontal attack.

Calling early elections before his opponents were ready to seriously confront him, and taking advantage of the vague sense of impending crisis surrounding North Korea, Abe successfully re-established his power, in the country and in the ruling party.

Now the question is what Abe intends to do with that newly refreshed authority. Will he spend it on a possibly chimerical pursuit of his life-long goal of constitutional revision, or will he finish another part of his wartime time history agenda and make a peace treaty deal with Russia? How will he continue to manage the constant chaos created by U.S. President Donald Trump, who arrives shortly on his doorstep? And what indeed will happen with North Korea? Perhaps most important of all, can he ever fulfill his promises of economic revitalization of Japan?

“In policy terms, the impact of the general election will be limited,” predicts Tobias Harris, a leading American analyst for Teneo Intelligence. “The ruling coalition’s victory was a victory for stability and continuity,” he wrote just after the vote was counted. That means moving first on domestic policy issues such as passage of a supplemental and then general budget and a crucial decision on the Bank of Japan’s governorship. Constitutional revision will likely take a back seat to those priorities, Harris believes.

But Abe is a Prime Minster who sees foreign and security policy as his main legacy and those questions will be at the forefront of his concerns. Before tackling those other questions, however, it is important to understand what happened in this election. As exit polls make clear, once again, the Japanese voters present a paradox.

They supported the continuation of the LDP-Komei government but not its policies, nor even Mr. Abe personally. When it comes to constitutional revision, or tax policy, or even the purported threat of North Korea, the majority of Japanese voters either oppose Abe’s policies or do not fully share his views.

Rather, Abe has brilliantly exploited the electoral system that was created more than 25 years ago to drive the LDP out of power. The single member districts were intended to encourage the creation of a two-party system, to give voters a choice between two centrist parties in the style of American politics.

That worked well in 2009 when the Democratic Party of Japan offered a credible left of center alternative – and swept the vote. But the collapse of the DPJ administration splintered the opposition and now the system works instead to the advantage of an LDP that easily wins most of the SMDs despite the fact that it does not command a majority of votes.

Abe had a brief scare when Tokyo Governor Yuriko Koike moved to try to fill the void created by the DPJ and set up a serious centrist alternative to the LDP. By calling the early election, Abe caught her off guard – and the campaign exposed her own arrogance and unpreparedness to lead a national party.

Ironically, it also destroyed the unwieldy DPJ and replaced it with a more cohesive leftwing party – one that may be very effective at mobilizing opposition to constitutional revision but, like the old Socialist Party, is unable to come to power by itself.

That leaves Abe in a somewhat odd situation. He has great power but he lacks the popular support to really wield it effectively.

When it comes to foreign and security policy, particularly relations with Japan’s only ally, the United States, a somewhat similar dilemma exists. Abe enjoys an almost unique position among American allies in having created a close relationship with President Trump. His senior advisors claim to wield an influence over Trump that is the envy of other U.S. allies. But that relationship depends on Abe consciously avoiding any challenge to Trump’s policies. Does his influence disappear the moment he crosses Trump?

The view of Trump inside the senior levels of Japanese officialdom, as conveyed to this writer in numerous conversations since coming to Tokyo last month, is typically pragmatic. There is no moral posturing about the threat to democracy posed by the Trump presidency.

Rather, as one Abe advisor put it to me, there are two basic conclusions held in Tokyo. The first is that Trump’s foreign and security policies are a mess, both in their content and in the lack of professional knowledge within the administration. Trump, in this framework, has no respect for the sovereignty of other countries, including Japan. However, the advisor goes on, after all we have to deal with this President -- we have no other choice.

That relationship will be put on full display on November 5 when Trump arrives for his brief visit to Japan. From a golf outing to private dinners, an audience with the Emperor, and a visit to Japanese and American military forces, the visit is designed to not only offer visual evidence of the close partnership but also to avoid any uncomfortable issues, such as trade. Officials on both sides are working overtime to ensure the success of the visit and there is no reason to think it won’t go well.

Under the calm surface, lies the iceberg of North Korea. Despite the talk of war that one hears increasingly in Washington – whether it is a preventive strike on North Korean missiles or other scenarios for conflict – Japanese senior officials continue to express confidence that the military option is not really on the table.

They see the threat of the use of force mainly as a tool to both press the Chinese into action and to deter the North Koreans from doing anything too provocative, such as testing a missile in the direction of the U.S. bases on Guam.

Indeed Japanese officials say they are more worried that Trump will make a deal with North Korea at Japan’s expense. They envision some kind of bargain in which North Korea agrees to halt the testing and development of long-range missiles that can reach the continental U.S. in exchange for a lifting of sanctions and perhaps a cutback in U.S. military exercises.

It is a deal that Trump could proclaim protects the U.S. and is the product of his policy of pressure, but one that would leave Japan and South Korea even more exposed to the nuclear blackmail and threat from North Korea.

Still, even those officials admit they worry about the possibility that Trump may opt for a military strike, one that would expose Japan to a possible North Korean response. Even in that situation, it is far from evident that Abe would defy Trump, a likelihood that concerns some Japanese policy makers. “Japan’s responsibility is to do something,” says a former Japanese senior foreign ministry official. “Japan should be more active and let Trump understand that you cannot destroy Japan.”

Anchored within the alliance system, there are some signs of Japan’s search for greater autonomy. Japan has asserted leadership in convening the talks among the signees of the Trans-Pacific Partnership, the so-called TPP11 negotiations. Japanese negotiators are hoping to reach a deal among the TPP11 that can be announced at the Asia Pacific summit in Vietnam next month. Though Japan is hopeful that the U.S. will eventually return to join the TPP, they are also increasingly comfortable with playing this leadership role.

Abe also hopes to convene the long-delayed trilateral summit of Japan, China and South Korea in December. And he still is searching for a way to reach the long-sought agreement with Russia on a peace treaty, settling the territorial dispute over the Kurile Islands. But that will require Abe to finally back down and agree to a territorial compromise along the lines of the 1956 talks – which he now has the power to do, if he wants.

These tentative steps toward Japanese leadership could fall apart, however, if Abe decides to use his newly restored power for the purpose of settling, at least symbolically, what he, echoing his grandfather Nobusuke Kishi, sees as the fundamental loss of Japanese sovereignty in the American-imposed constitution and its famous peace clause.

Mr. Abe has been compelled to offer a much watered down version of what he seeks to change in Article 9 – but he may chose to go back to the LDP’s original more ambitious goal of rewriting the entire clause.

It is evident, however, that a serious push for constitutional revision would trigger renewed tensions with China and South Korea, all amidst the North Korea problem. Nor is it clear that the Japanese public, not to mention the political system, is truly prepared to take on a long-stalled and potentially highly divisive debate about the postwar role of Japan in global security.

This election has once again put Abe in a position of almost unchallenged power, for now. But, as Spiderman put it, with great power comes great responsibility.