Japan's 'Nothing’Election: The View From Washington 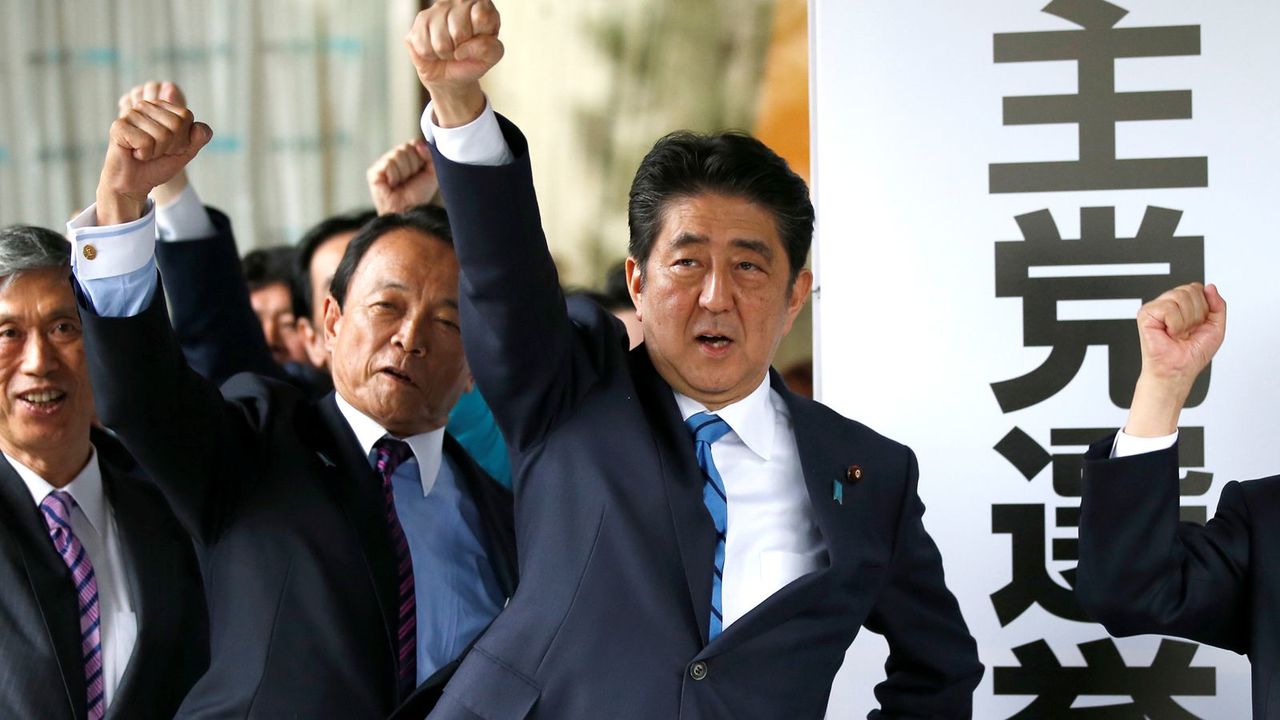 Sitting these days in Tokyo, Japan’s coming national election seems to be an election about nothing. Prime Minister Shinzo Abe of course tries to make it about something - North Korea or taxes — but it is clearly about himself. And Tokyo Governor Yoriko Koike says it is an election about HOPE — but that seems to mostly mean her hope to have power.

Maybe the only people who actually have real issues to campaign on are the left Democrats and their friends, who want to make it about the constitution and security. But they are far from being able to govern Japan.

Despite that seeming absence of meaning, who is in power in Tokyo is still of great importance to the United States. Amidst the on-going crisis with North Korea and the challenge of China, a strong and stable Japan is essential to American security and foreign policy.

In that context, what is the view of this election from Washington, both within and slightly outside the corridors of power? Are policy makers even aware of this election? What do they expect will happen? And if Prime Minister Abe were to lose his office, what might it mean for U.S.-Japan relations?

I posed those questions to a select group of Japan hands in Washington, including some inside the administration. The consensus is not surprising – while Japan experts are of course watching the election, the Japanese vote is almost invisible to Americans, even within the government. But that is in large part because American policy makers assume that nothing will change in Japan.

“I don’t think the Japanese election is getting a great deal of attention here in DC,” says Amb. James Zumwalt, a former senior State Department official and veteran Japan hand who now heads the Sasakawa Peace Foundation in the U.S.

“The reason is that not many anticipate big changes in Japan’s U.S. policy or U.S.-Japan relations as a result of the outcome. There is some interest in the mechanics of the election and how it works, but China’s Party Congress and the latest DPRK (North Korean) actions are much, much bigger news.”

Japan is on policy radars now not because of the election but due to President Trump’s upcoming visit to Asia, beginning with a stop in Japan. With Trump issuing daily assaults on the previous commitments of the U.S., there is a growing uncertainty about what he might do in Asia, particularly towards American allies.

“Policymakers working on Asia are aware of Japan’s upcoming election,” notes Georgetown Professor Michael Green, the former national security advisor to President George W. Bush whose advice is sought by the current administration. “Their focus is diluted by anxiety about how the trip will go overall.”

The view from Congress is no different. “With the exception of a small handful of members and staff who follow the U.S.-Japan relationship closely, there is very little awareness of the upcoming Diet elections in Congress,” says a senior Congressional staffer who closely follows issues in the region.

“In part, that lack of focus or attention is a function of our own current domestic political drama,” he adds, referring to the health care debate, tax reform, the Russia investigations and Trump’s seemingly endless stream of tweets.

“Honestly, all that think tankers and foreign policy pundits do these days is try to interpret and anticipate the latest Trumpism,” agrees a senior Asia hand with ties to the administration.

There was a brief burst of interest in the Japanese election just after the announcement, when Tokyo governor Koike made the surprising move to form her new Party of Hope and it appeared this would be a more closely contested election than Abe and the Liberal Democratic Party had calculated. But things have shifted, including in the view of American policy makers.

“There is a growing sense that Abe will survive – that Koike has already peaked – and that the media is turning on her,” observes Green. “Of course, nobody in the U.S. government will publicly say who they prefer.”

Former senior State Department Japan hand, Rust Deming, shares that view. “After the initial scare about Koike and her new party, public enthusiasm for the new group appears on the wane, particularly since Koike will not run, the platform is murky and much of the Democratic party of Japan won’t join,” says Deming, who now teaches at the Johns Hopkins School of Advanced International Studies in Washington.

American policy makers anticipate not only an LDP victory but Abe remaining in power – a crucial factor given his personal ties with Trump. “If the Abe coalition retains a solid working majority in the parliament,” predicts former State Department official Amb. Zumwalt, “then the U.S. policy makers will quickly move on because the China, Russia and DPRK stories will have much more important consequences for the United States.”

American policy makers do not totally ignore the possibility of an election result that might drive Abe from power, even if they consider it highly unlikely.

“If Abe loses, it would be a shock to the system, and introduce a great deal of policy uncertainty at a time when a stable supportive Japan is taken as a given for U.S. policy and engagement in the region, particularly with North Korea,” says the senior Congressional staffer.

“Reportedly, Abe is one of the few foreign leaders that Trump has a relationship with and listens to – whether true or not – and it is easy to imagine that a non-Abe government, especially if there is a female Prime Minister given Trump’s ‘uneven’ relationship with female leaders, will introduce considerable friction into the alliance.”

One scenario that is being discussed in the small circles of Japan hands is that the LDP would retain power but that a setback would force Abe to resign in favor of another LDP leader, such as former Foreign minister Fumio Kishida or former defense minister Shigeru Ishiba, both of who are well known in Washington.

“The main concerns would be in Gaimusho and State, where officials praise the Lord everyday for the tight Abe-Trump relationship,” says Green. “There would be no such magic with Kishida or Ishiba, though it would probably not be as troubled a relationship as the one Donald Trump has with (South Korean President) Moon Jae-in.”

Some experts are less concerned about the idea of Abe leaving office. “A switch to someone like Kishida would be an easy transition for Trump and his administration – mostly because of his personality -- even if there are slight changes in LDP policy,” argues former defense official James Schoff, the top Japan expert at the Carnegie Endowment for International Peace, a prominent Washington think tank.

“I think the impact would be minor because Japan factors quite prominently in the Trump administration’s Asia policy approach and any points of friction we have are tiny compared to the problems Trump has in other parts of Asia and the world.”

Not everyone views a shift away from Abe to other LDP leaders so calmly. “If Abe goes,” says Deming, “this would likely usher in another period of weak Japanese political leadership like the period between Koizumi and Abe’s second premiership. It would not be good for U.S.-Japan relations, or for the world. A new government is unlikely to be as skillful at handling Trump as Abe has been.”

Still the interest in Japan’s nothing election barely registers on Washington’s radar screen. If there is any interest, it is found more on Wall Street than in the corridors of power.

“I have been getting a lot of calls from institutional investors and hedge funds who are primarily interested in the future of Bank of Japan Governor Kuroda (Haruhiko),” says Green, who heads the Japan program at the Center for Strategic and International Studies (CSIS), a prominent DC think tank.

“They see Abe’s potential decline as directly affecting the JGB (Japan Government Bond) market, exchange rates, and a most of macro-economic issues of interest.”

Even there, Wall Street worries more about the impact of war with North Korea than a change of power in Tokyo. Japanese may lament this as yet another case of “Japan passing,” of Japan dropping out of the view of their all-powerful ally. But it can be taken in another way – in the midst of chaos in global politics, the center of which is the United States itself, Japan’s boring ‘nothing’ election may be the only “good news” story on the international scene.