Patrick was born in Oregon, USA. After studying at Waseda University (Tokyo) in 2004, he graduated from the University of Oregon in 2006 and moved to Japan. He worked as a writer and website manager for a Hyogo Prefecture travel agency; went on to do translation, copywriting and editing at an Osaka translation company; and then launched his own business as a freelance translator and writer in Fukuoka. Patrick has published two travel guides: Osaka Insider: A Travel Guide for Osaka Prefecture (2012) and Finding Fukuoka: A Travel and Dining Guide for the Fukuoka City Area (2013). He became a Japanese citizen in December 2016. 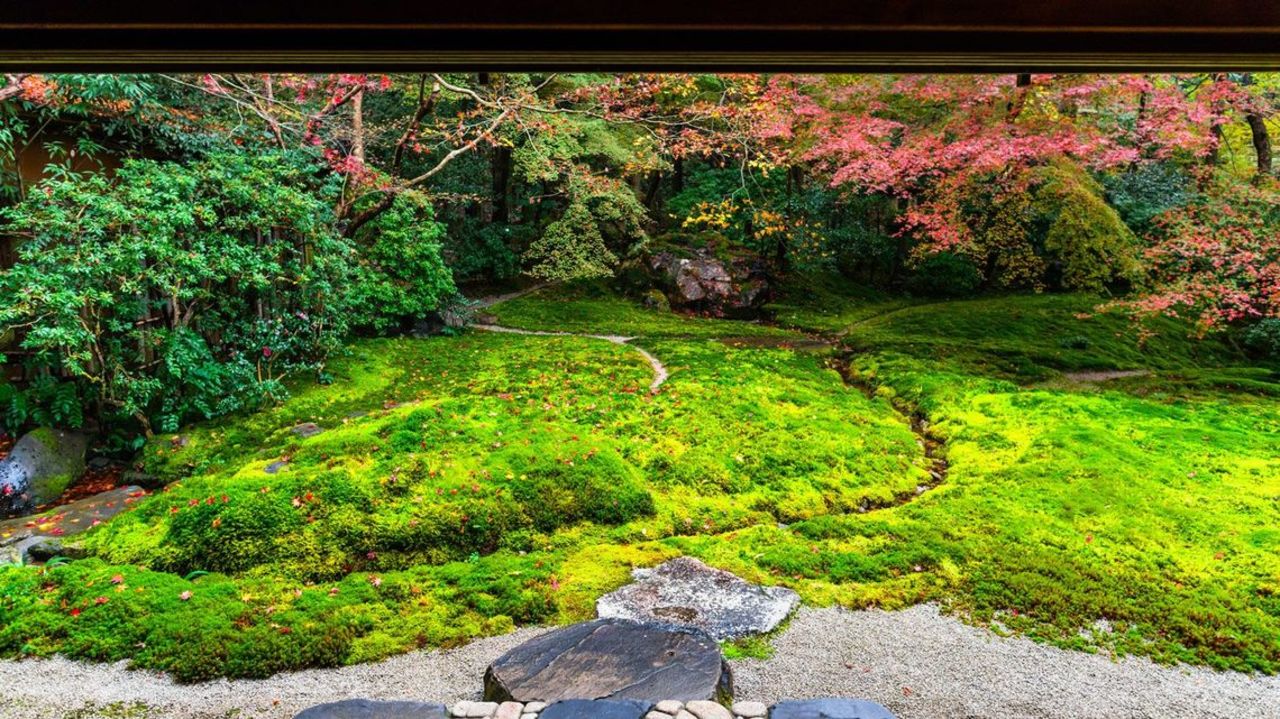 When you ask a Japanese person what is unique about their country, there is a good chance they will respond, "It has four seasons." To someone from another country this answer may seem silly, because every part of the planet technically has four seasons. However, Japan's "four seasons" (shiki) does not refer to the four named parts of the year as in spring, summer, fall and winter, but to four clearly defined seasons.

Not every part of the world has such clearly separated seasons with distinct weather, flora, produce and customs. Japan also boasts numerous seasonal festivals, and the seasons are featured to an unusually high degree in traditional literature, poetry and art.

Nature as a cornerstone of Japanese culture

Cherry blossoms are one of Japan's most well-known symbols, and that's not because it is the only country in the world with cherry trees. Rather, this is because of the Japanese people's deep admiration for and fascination with these trees' beauty.

Countless works of literature, for example, utilize the metaphor of the cherry blossom's short lifespan: a flash of beauty followed by a withering and falling to the ground (death), at which point onlookers lament that the flower's life was too short, tragically short.

This mirrors the human existence and our struggle to come to terms with mortality, and it is perhaps one of the reasons people find cherry blossoms to be so profoundly beautiful. In short, the source of Japan's association with the flower is this unique view of cherry blossoms rather than the existence of cherry blossoms in Japan.
Another example is wabi-sabi, which pervades Japanese art, writing, philosophy and thought in general. The interrelationships between natural forms, objects and living creatures are a major part of this worldview, which focuses on the beauty of imperfection and impermanence.

Well-known examples of the wabi-sabi¬ aesthetic include Zen rock gardens, pottery with intentional imperfections meant to emphasize natural rather than human-made forms, and wooden architecture that blends with rather than stands out from its natural surroundings.

Even Ise Grand Shrine, Shinto's most sacred shrine, is a living example of wabi-sabi, as it is torn down and rebuilt from scratch every 20 years—and what better way to physically express the beauty and importance of impermanence than through the conduit of a religion that is itself rooted firmly in nature?

Additionally, writing in all forms, whether it be poetry, prose or even a letter to a friend, often incorporates elements of nature and the seasons. Formal letter-writing begins with a customary reference to the current season, haiku have traditionally focused heavily on nature as a subject, and metaphors using nature are extremely common in literature.

The importance of nature in Japanese culture is beyond question. However, the average person's view of it is quite unique from that of people in other countries, particularly those in the West. (Keep in mind that I am not making this comparison to focus on the differences between culture in Japan and the West; I simply want to emphasize the uniqueness of the Japanese view.)

As someone born in Oregon, a lush region packed with natural splendor, I was taught to cherish, respect and enjoy everything that Mother Nature has to offer. Many Oregonians consider nature to be friendly and inviting, a stage for adventure and discovery. We also have a strong love for the changes of the seasons.

When I first immigrated to Japan, I initially expected Japanese people to be just as enthusiastic about camping and other outdoor activities, considering how important the facets of each season are in Japanese culture and daily life.

In reality, few Japanese people have the urge to immerse themselves in wild, untamed nature for any extended period of time; if anything, they tend to prefer well-groomed gardens, bonsai trees, artistic ikebana flower arrangements, hot spring baths housed in modern facilities, and other such forms of what one might call "controlled nature." This is a defining part of the Japanese view of nature.

Question: Do parks, landscape gardens, human-made beaches and hot spring baths fall under the category of "nature"? From a Westerner's perspective, the answer is a firm no. These things are in an entirely separate category and have nothing to do with the grand rivers, towering mountain ranges and spacious prairies that make up "the wild."

In contrast, to refer to a garden or a park as nature in Japan is perfectly common. If it's filled with things like trees, flowers and water, then it's considered to be natural scenery. Both untouched, pristine nature and controlled, shaped nature fall under the category of "nature."

Furthermore, what Westerners refer to as Mother Nature—undeveloped, wild lands and waters—is usually considered to be dangerous and frightening from a Japanese perspective. And for good reason.

The danger lurking beneath

After immigrating to Japan and living here for only a handful of years, I came to the groundless conclusion that Japanese people's apparent antipathy toward nature is due to the fact that most the country is so highly urbanized.

After all, in Oregon we feel deeply connected to nature through our love of and admiration for it. We see it as an ideal, an example of everything that is good about our planet. That is why we love to go camping, hiking and so forth. As it turns out, I was completely wrong to make that assumption. Urbanization has very little to do with it.

The primary reason for Japanese people's need to distance themselves from nature is that nature in Japan can be genuinely terrifying. Back in the Pacific Northwest, the worst we had was the very occasional brown bear or poisonous (but reclusive) black widow spider, or perhaps a scorpion or rattlesnake out in the southeastern desert. Some days it would rain a lot, or there might be a forest fire. But in day-to-day life, Mother Nature was nothing to worry about

In contrast, even hornets in most parts of Japan can be lethal: the Japanese giant hornet, a monster of an insect (the world’s largest hornet, in fact), can hospitalize and even kill victims, and its sting is more painful than almost any other insect sting or bite on earth. To make things worse, they are highly aggressive by nature.

Similarly, the jellyfish in many parts of the country are capable of inflicting excruciating pain and can at times hospitalize or kill their victims, as can some of the snakes. And don’t forget the huge, venomous centipedes (mukade) encountered in the countryside, which look like something out of a horror movie, can grow up to 30 centimeters (1 foot) long, and have a bite capable of causing intense pain, chills, fever and more.

Japanese people aren't safe at home, either. The nation is particularly famous for huge, frequent earthquakes, not to mention the tsunamis, landslides and other problems that come with them. Also typhoons, volcanoes and floods. These happen very often, and they happen every single year.

The 2011 earthquakes and tsunamis in Tohoku were some of the biggest ever recorded in world history, eventually resulting in nearly 16,000 dead and more than 2,500 missing in a country boasting the world's most sophisticated earthquake-proofing measures.

During the Great Kanto Earthquake of 1923, tremors, fires and even fire tornadoes claimed the lives of over 140,000. The more recent 2016 Kumamoto earthquakes as well as the devastating flooding in 2017 caused by heavy rainfall in Kyushu destroyed towns and took lives, and some parts of Kyushu are still rebuilding today. Natural disasters have wreaked havoc on the nation throughout its history.

So it's understandable why Mother Nature is considered to be dangerous. Unlike many countries in the West, true danger lurks beneath in Japan.

On a more positive note, none of these things has prevented Japanese people from forming strong bonds with and respect for nature. Nature may be scary, but it is still important to the Japanese people. As mentioned above, it pervades Japanese art, lifestyles, culture and belief systems.

Controlled nature is widely considered the safest way to connect with nature and enjoy the seasonal changes, which is why landscape gardens, bonsai, ikebana and season flowers (such as cherry and plum blossoms) are so important. These facets of Japanese culture represent a unique response to a singular natural environment, and they speak to a profound respect for nature. They are safe compromises for a nation who simultaneously admires and fears nature, the planet's most potent force.