Increase in Educational Technology Spending: Not All Schools are Buying 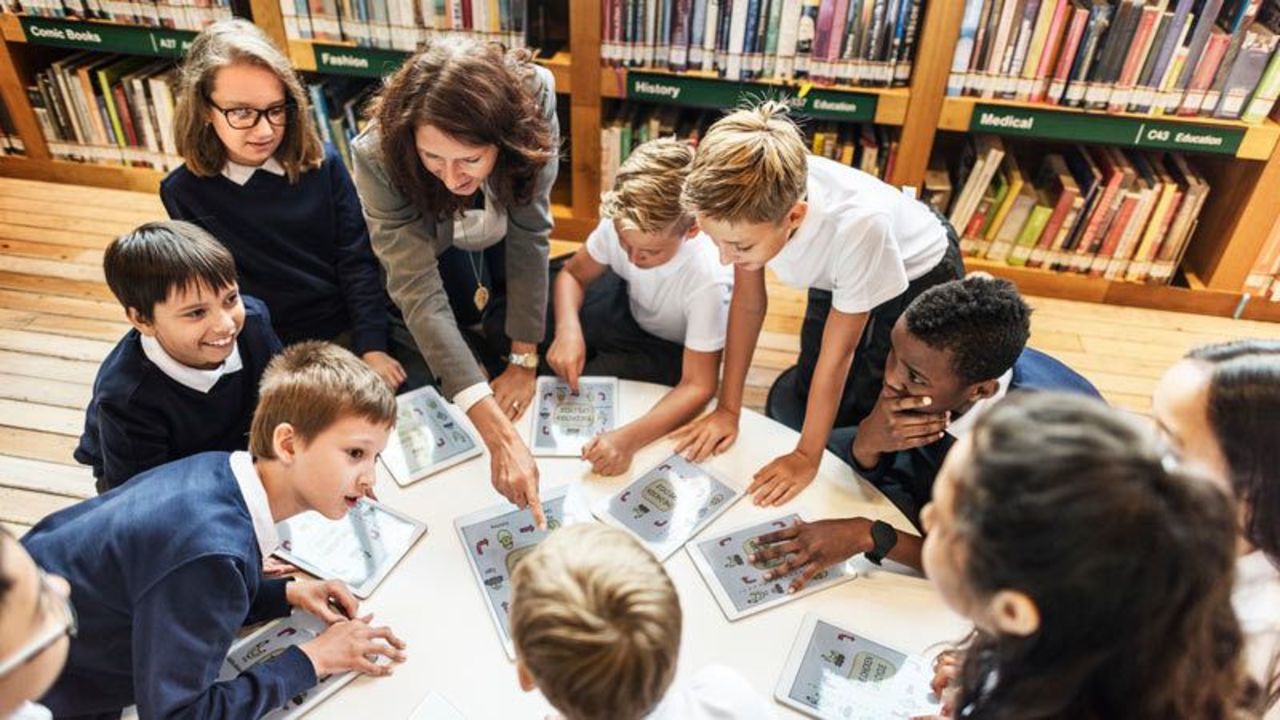 American K-12 schools are spending over $10 billion a year on educational technology. This is according to Rob Mancabelli, cofounder and CEO of BrightBytes, which provides K-12 U.S. schools with data and research in educational tools, resources, and professional training.

This is such a booming industry that U.S. educational technology (edtech) companies raised an estimated $1.03 billion across 138 venture deals in 2016, according to EdSurge. This was down from $1.45 billion in 2015. This analysis counts all investments in tech companies that aim to improve learning outcomes for every learner, regardless of age. Some investors expected many of these companies to hit the $10 million revenue mark in 2017.

The word “technology” comes from the Greek word ‘techne’ which means craft or art. Thus educational technology refers to the art or craft of responding to educational needs. It is meant to enhance classroom learning by utilizing online instruction. This includes e-learning, multimedia learning and computer-assisted instruction, among others. The sector includes large companies such as iTutorGroup (valued at over $1 billion) to small startups founded by schoolteachers.

The growth in this sector comes from school demand. School districts had to join the technological world because of computer-administered common core testing. Many continue to buy tablets like iPads (which used to account for 40% of institutional purchases in 2013 but only had a 17% edtech purchase rate in 2016). To support digital assessments and personalized learning schools are turning to Google Chromebooks. This the technology of choice in more than half of U.S. classrooms, according to Futuresource Consulting, a U.K.-based provider of edtech research. School districts are drawn to its low cost and simplicity of use.

But does all this expense on technology improve educational outcomes?

Mancabelli doesn’t think so. He asks, “When you are buying tech for schools, are you using it to digitize or to create a new learning experience?” He said that even with a $10 billion plus price tag, the majority of tech spending does not benefit learning outcomes.

Sheryl Belt, Assistant Superintendent of Curriculum and Instruction for the Bainbridge Island School District (BISD) believes that it does (BISD recently passed a four-year tech levy that’s expected to generate $2.2 million per year for technology upgrades). She points to the leader in visual math instruction in K-12 education, Spatial-Temporal (ST) Math. Spatial-Temporal reasoning is born out of neuroscience research that lies at the core of innovative thinking and advanced problem-solving skills.

ST Math is game-based instructional software that’s aimed at boosting math comprehension and proficiency through visual learning. It uses JiJi, an animated penguin, to help children get past obstacles and solve math puzzles. Once a concept is understood, JiJi leads the student to the next more challenging puzzle.

“…Our scores have always been high but have been higher since using ST Math,” said Belt. “Overall perception of teachers is that the kids have a more solid understanding.”

BISD has been using ST Math for five to six years now. Teachers have found that it’s helped students gain a deeper understanding of mathematical concepts.

Belt said that reading scores used to be above math scores. The school district’s reasoning was that if kids could be “bright in reading, then they must be bright in math.” So they ensured that the curriculum met those higher standards by incorporating tools such as ST Math.

Belt sees edtech as a tool -- for the production of something or to get information about something. She said that years ago we didn’t use tech and now it’s become the tool of choice.

“The Encyclopedia no longer publishes - it’s online,” she said. “Since the world has gone in that direction, schools are doing the same.”

The key was to walk the balance of what would be considered the right amount. That is why their elementary school science curriculum does not use edtech. Since science is inquiry-based, hands-on learning, BISD decided that it didn’t want kids in front of a computer to learn this subject. The district would rather have them conduct experiments. Belt said that using tech for science in elementary school “would tip our balance to too much.”

Also, for kids K-6 most of their reading is not done on the computer. Apps such as RazKids are supplementary. Belt said that most teachers are not ready to give up books.

What BISD has given up is textbooks. This is due to the rapid change that’s occurred in the last five years.

Belt said that five years ago they purchased new textbooks for the high school e.g. new geometry books that had a tech component. Kids could go and click and watch an instructor explain a new concept.

In the last five years educational suppliers don’t make textbooks. Now the district is buying the online component and the supplier may throw in a textbook. Before it was the other way around.

“They don’t make those books anymore,” she said. “It’s all online and it happened really quickly.”

The upside is that since textbooks are quickly outdated, online components can be updated immediately. But BISD still has textbooks in the classroom and library, as some students prefer them.

Although BISD utilizes edtech, Belt was clear that the district discourages excessive screen time for kids. Although there isn’t a specific policy, the district doesn’t want kids sitting in front of screens and encourages parents to limit screen time.

According to research done by Babycenter, an online media company owned by Johnson & Johnson, high media use has been associated with shorter attention spans, hyperactivity, ADHD and aggressive behavior. Video games, including the ones classified as “educational” games, are lowering attention span in the classroom. When schools label children as ADHD, it’s due to this reduced attention span. Many public school educators believe that the lower the attention span, the more students need to be stimulated to hold their interest. Hence the use of edtech games such as Reflex.

For some educators, edtech produces the opposite effect on children.

Missi Goss, Head of the Madrona School, which utilizes Waldorf education, believes this. Located on Bainbridge Island, Washington, the Madrona School does not use technology to teach in the classroom. This is in sharp contrast to most U.S. K-12 schools.

Waldorf education has a firm policy of limited, or eliminated media use, including television, movies, video games, computers, and other electronic media devices – both at school and at home.

Goss said that this was essential to the school’s goal of developing well-rounded, balanced human beings with the confidence and skills to make the most of their lives. They accomplish this at each developmental stage by looking at the physical, emotional, intellectual curiosity of children and the connection between themselves and the natural world.

“We are engaging kids in the real world before engaging in the virtual world.”

Without using technology they aim to train kids in grit - the will, determination to set a goal and see it to its fruition.

This is accomplished in kindergarten by baking bread or building in sand piles, to taking a 2D idea and turning it into 3D object in the 6th grade. Students learn how to knit, make toys and carve on wood or stone. The classroom has no clutter; children use the finest materials – wool, shell, silk, professional art supplies. This reinforces the sense of beauty.

The school further develops this beauty by providing students with a greater level of protection from the ‘ugliness’ of the world. They don’t want to crush children with cynicism too early. They study the highest aspects of human history before delving into the wars and calamities of the 20th century. They also encourage parents not to watch the English news with their kids nor expose them to violent TV or movies.

“We want them to come into the world with a sense of wonder and their place in the world.”

Part of the restriction on tech is to slow down the pace. Goss said that the constant clicking with digital use is contrary to the natural rhythm of how the world works. She said that in life we have to stick with something in order to accomplish anything. It’s not all fast-paced, instant gratification. Once kids are seduced into the fast pace of technology, they have no patience for a slow-paced world that is essential to meeting goals.

There is no indication that students are lagging behind because of limited tech use. Goss said that in the 8th grade students learn to type, but there was no need to study how to use tech because they’re end-user technologies and are thus simple to master. Students are taught to be curious and open to what’s presented in the world. The aim was for them to be “creators and not consumers.”

For teaching math they stand on proven methods that don’t involve tech.

“We are immune to trends and fads,” she said, “Our methods have proven themselves by the success of our graduates.”

For science, 8th graders produce books that show the step-by-step process of a particular experiment. The neatness and presentation of such a book was impressive. The material was understood and clearly explained using handwritten explanation and pencil illustration.

However, tech use was allowed for particular aims. Eighth grade projects included the use of tech for writing a story and printing it. Another student wrote music and used a Powerpoint presentation.

Even so, each family is given specific instruction of media use that includes: no media use in the morning before school; no media use before bedtime, as it can disturb a child’s sleep life and disrupt a quiet evening routine. Part of this limitation is that it stifles imagination.

Goss gave an example of how her daughter loved to read books on Africa. At one point she went to visit her grandmother who let her watch a documentary on Africa. She thoroughly enjoyed this but later confessed to her mother, “I used to have my own picture of what Africa was like, but now I have of the pictures of what was in the movie.”

By consuming tech that’s been designed by others, such as Minecraft, Goss said that children grow up on others’ images and don’t know what they missed.

Waldorf kids are probably getting an excellent education, according to Belt. So she didn’t think edtech was essential to good education. However, she emphasized that a crash course in tech use before entering college would be necessary. She pointed to her kids who are in their early 30s and have entered the job world.

“If they weren’t tech savvy I’m not sure if they would be successful,” she said. “So much of what’s expected is now based on it.”

So, is learning through knitting or JiJi better?

Bill Gates answers, “Technology is just a tool. In terms of getting the kids working together and motivating them, the teacher is most important.”