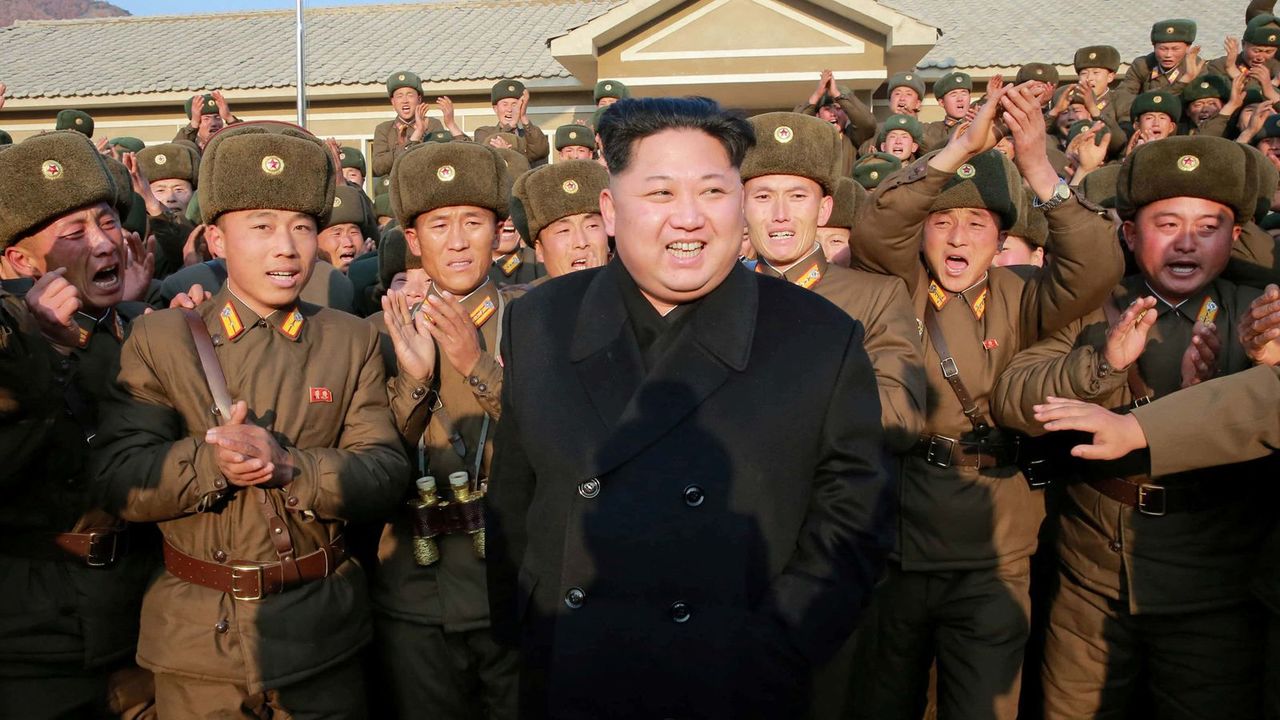 American intelligence analysts are searching for clues to explain North Korea’s decision to postpone a widely-anticipated nuclear weapons test on Saturday. The Kim Jong-un regime chose instead to mark the nation’s most solemn holiday, the birthday of founder Kim Il-sung, by showcasing its latest, more sophisticated ballistic missiles during a huge military extravaganza in central Pyongyang.

The consensus is that analysts may never know for sure what explains the Kim regime’s decision, leaving room for speculation about everything from pressure from China on Pyongyang to not conduct a sixth provocative nuclear test, to Pyongyang’s concern about the US military reinforcements dispatched to the region in recent days, to a simple case of North Korea keeping its adversaries off-balance.

Pyongyang could conduct a test at any moment, as satellite imagery shows the nuclear facility at Punggye-ri, in the northeast, all set to go. The country has a few technical hurdles to bound before it can reliably deploy a ballistic missile with a powerful nuclear device small enough to securely fit on top, so another test seems inevitable.

Indeed, the pageant of ballistic missiles moving through the streets of the North Korean capital is a strong message from the Kim regime that it has no intention of halting its determined drive to become a full-fledged nuclear weapons state.

That is unacceptable to the United States, Japan, South Korea, and perhaps even China, though the degree to which Beijing is willing to challenge its erstwhile client-state remains to be seen.

A long-term stalemate seems set in place. That, in turn, means that Northeast Asia is likely to remain very tense militarily for the foreseeable future.

Also clear is that the United States has no intention of launching preemptive, or “preventive” attacks on North Korea. The emerging policy from an unsteady Trump Administration seems to be a combination of enhanced anti-missile defense, increased cooperation between Japan, the US, and South Korea, increased sanctions, and hope that China will crack down on Pyongyang.

Not much different from US policies over the past 20 years.

A survey prior to Saturday’s expected nuclear test showed that, across the board, policy experts not only doubted, but warned against, any US preemptive strike.

“All options are on the table,” says Michael Green, former top Asia specialist for the George W. Bush administration. “That said, we won’t do it.” It would be too hard to find all of North Korea’s nuclear stock, and, Green says, there is “too much risk of a massive North Korean retaliation.”

A report by NBC News last week that the US was prepared to hit the nuclear site was widely panned by both government officials and outside policy specialists.

“I don’t give the report any credence,” said Bruce Klingler, top Asia specialist at the conservative Heritage Foundation. “The report is odd. What would be the target site? A mountain under which the test would occur?”

Klingler made a distinction between the hapless notion of eviscerating an underground nuclear facility, versus attacking an operational missile site prior to a launch.

“Some have advocated a preemptive strike on missile site prior to launch. That would provide a more logical target,” Klingner says. “My discussions with US officials don’t suggest any imminent US action.”

“I was stunned by the NBC story. The idea that the United States would carry out an armed attack on North Korea without consulting our South Korean and Japanese allies is impossible to believe.”

Why? Revere says “there would probably be a North Korean military response. The idea that we would carry out an attack without evacuating US nationals from Seoul is not credible.”

In addition, Revere says, “I find it beyond comprehension that the US would strike without having first deployed the full range of military capabilities in and around the Korean Peninsula and Japan that would enable us, as allies, to respond, and prevent North Korea from doing significant harm to our allies.”

President Trump, however inadvertently, has contributed to the rising tension, by asserting, via his “tweets”, that the US will “take care” of the North Korea problem, with or without the help of China.

But what are realistic US options?

There are few, if any, except reliance on deterrence, which has kept a fragile peace on the Korean Peninsula for the past six decades.

US Vice President Mike Pence is about to arrive in Seoul. Would the US attack North Korea while the vice president is there?

Moreover, President Trump has invested heavily in his supposed relationship with Chinese President Xi, publicly urging China to discipline the Kim regime. Would the US attack before the diplomatic initiative with China has a chance to bear fruit?

But the Trump administration has certainly upped the ante, led by Trump’s campaign-style rhetoric about the “USA” doing something unilaterally to end the North Korea threat.

The Pentagon ordered the US aircraft carrier strike group USS Carl Vinson, based in San Diego but often cruising throughout the Pacific, to move close to the Korean Peninsula.

US officials explain the deployment this way:

a) Deter North Korea. There is a reason North Korea, despite its capacity to inflict untold damage on South Korea via a conventional military attack, has held back since the Korean War armistice signed in 1953. The US would defend South Korea, and, as former US president Bill Clinton once said, North Korea would be “toast” as a result of a US counterattack.

b) Enhance bilateral US cooperation with South Korea and Japan. The US and Japanese navies are already quite close, and the presence of the Carl Vinson carrier group provides the opportunity for operational coordination. The bigger task, which is a Pentagon priority, is to increase genuine trilateral consultation and coordination between Washington, Tokyo, and Seoul.

c) Send a clear message to Beijing, which is not happy about the US military presence in what China believes is its rightful zone of influence. Washington is saying to Beijing: We are here buttressing our presence only because of North Korea. If you don’t like our enhance presence, then use your influence to change North Korea’s nuclear ambitions.

The Trump Administration, has intensively focused on North Korea, based in part on personal warnings to Trump from former President Barack Obama that North Korea would be his biggest headache.

The administration undertook a two month review of policy options.

The result, not surprisingly, was consistent with US government policy for the last 20 years, when North Korea’s nuclear weapons ambitions first became clear.

The losers in the debate, who advocate a very aggressive policy, including the reintroduction of US nuclear weapons onto the Korean Peninsula, have been courting journalists, trying to peddle the preemptive strike option as official US policy, resulting in a good deal of confusion.

The policy debate dust-up is now settling, with the Trump administration, as of now, hoping that the combination of increased sanctions, and pressure from Beijing, will prove sufficient to truly keep North Korea caged, with the longer-term goal of denuclearization of the Korean Peninsula.