Changing The Script At Mar-A-Lago 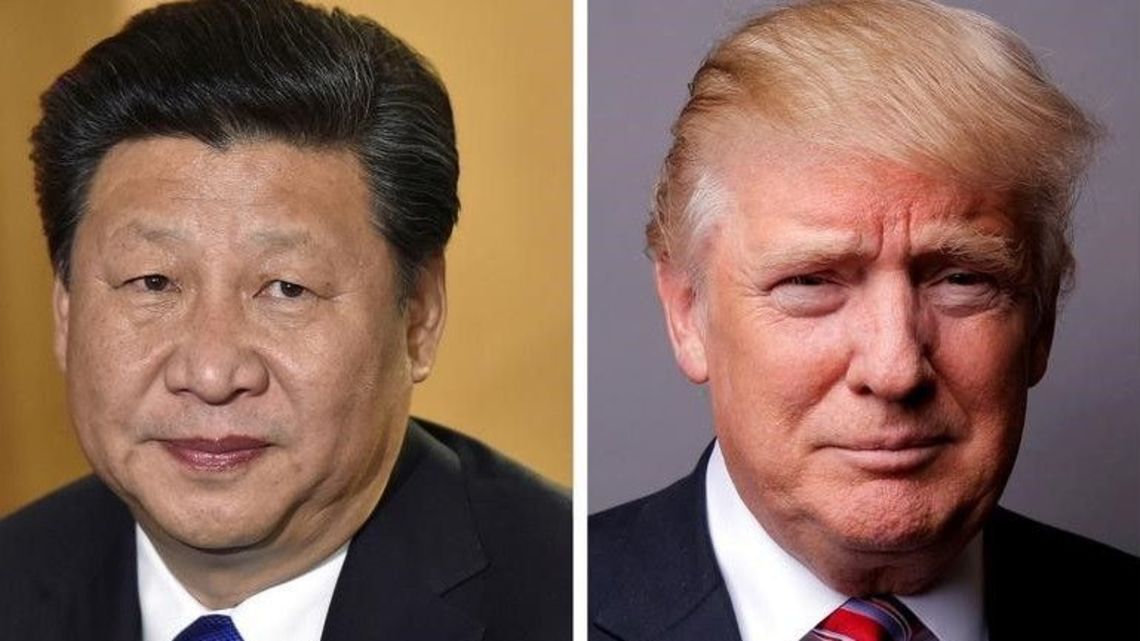 Only days before the Chinese President Xi Jinping was due to arrive at the ornate Mar-A-Lago country club, Donald Trump laid out his expectations for this summit with the Chinese leader.

On the trade and economic front, Trump was typically bombastic. When it comes to dealing with the country that he had repeatedly accused of “raping” the United States, “I would not be at all surprised if we did something that would be very dramatic and good for both countries,” Trump told the Financial Times.

The other issue on the agenda, Trump told the FT, would be North Korea. And here his predictions for the Florida summit were equally dramatic.

“China has great influence over North Korea,” he said. “And China will either decide to help us with North Korea, or they won’t. And if they do, that will be very good for China, and if they don’t it won’t be good for anyone.”

Instead of a bang, the Mar-A-Lago summit ended with a whimper. On the economy, the summit conversation was remarkably business-as-usual, with President Trump calling for China to “level the playing field” and a vague commitment to speed up the pace of trade talks. When it came to North Korea, as Secretary of State Rex Tillerson recounted to reporters, the two leaders reiterated long-standing goals of denuclearization but “there was no kind of a package arrangement discussed to resolve this.”

Two events intervened to change the script at Mar-A-Lago. One, of course, was the President’s decision to launch a missile strike against Syria just two days after the Syrian regime carried out a chemical weapons attack, killing dozens of innocent victims.

Less dramatic, but perhaps equally important to the China meeting, was the explosion within the White House of the long building tension between the self-proclaimed “economic nationalists” grouped around Presidential advisor Stephen Bannon and the somewhat loosely labeled “globalists,” more traditional internationalists personified by former Goldman Sachs executive and chief economic advisor Gary Cohn and the President’s ubiquitous son-in-law Jared Kushner. The ouster of Bannon from the National Security Council and leaked reports of confrontations between Bannon and Kushner emerged just before the Mar-A-Lago summit.

“The President appeared to be very honest when he confessed he got nothing from Xi,” Michael Green, former senior National Security Council director for Asia to President George W. Bush, told Toyo Keizai. “Nor would he have, given the rival factions in the White House with their competing theories of economics and U.S.-China relations. I suspect they made the least progress on economic issues, beyond throat clearing.”

Some analysts have suggested that the Syria strike had a useful impact on Xi, providing a demonstration of American decisiveness or at least unpredictability.

“I think the airstrike against Syria registered with the Chinese visitors in ways that might have reminded them that even a confused America is potentially dangerous,” said Green, Japan chair of the Center for Strategic and International Studies and author of new book on the history of U.S-Asian relations.

Others have gone further to contend that the Syria attack was deliberately timed to coincide with Xi’s arrival at Mar-A-Lago and was intended to ‘send a message’ to both Beijing and to its wayward North Korean client. Such analysts claim that Xi was rattled by the Syria attack, that it undermined his desire to hold center stage and challenged China’s long standing support for a political solution in Syria.

This view is not shared, however, by veteran analysts of China.
“I don't think it will be a big problem for Xi and the Chinese,” a former senior State Department official with long experience in China, Japan and East Asia, told Toyo Keizai in an email interview.

“The Chinese have much bigger fish to fry in the relationship with the U.S. What happens in a distant country, where Chinese direct interests are few, is unlikely to affect the substance of the relationship. I can even see a possibility that the Chinese would appreciate the traditional sort of action against Syria, especially because it was limited and proportionate, and the greater predictability this suggests for U.S. actions in foreign affairs.”

Trump’s decision to step into the Syrian morass may also benefit China in other ways. “The Chinese just don't have a dog in the fight about Syria and they have no objections at all to see Trump preoccupied by Russia, at least for now,” said Jonathan Pollack, a leading China and Korea expert at the Brookings Institution.

If the Syria attack had an impact on North Korea, it was not evident in the accounts of the discussions between Xi and Trump on this issue. American officials have repeatedly in recent weeks tried to raise the possibility of the use of force against North Korea should diplomacy, and pressure through economic sanctions, fail to yield results.

The stated goal was to get China to squeeze Pyongyang, even to the point of cutting the cross border trade that keeps the isolated country alive. But in Tillerson’s readout of the talks after their conclusion, there was little change in the longstanding positions of both countries. Trump told Xi that “we would be happy to work with them, but we understand it creates unique problems for them,” Tillerson recounted. “We are prepared to chart our own course if this is something China is just unable to coordinate with us.”

It is notable that the Chinese official media accounts of the Mar-A-Lago summit contained no mention of North Korea, indicating the lack of any progress toward an agreed approach. Reports of options discussions on North Korea in the White House that include armed attacks on North Korea may feed the idea that the Syria attack is a signal of the Trump administration’s readiness to use force there as well. A nuclear-capable North Korea is a different animal, however, than the conventionally equipped Syria, wracked by civil war.

“I imagine the North Koreans will be assessing carefully the meaning of the attack on Syria for U.S. calibration of its policy toward them,” the former senior State Department official said. “The Chinese will be attuned to that as well, and perhaps not overly distraught if the North Koreans are discomfited and put a bit on the defensive.”

Undoubtedly, the Chinese leadership will be watching the direction of the Trump administration in the coming days with even sharper focus after their first encounter with the man who now occupies power in Washington. But if the Syria attack raises new dangers, it managed to sweep away talk of trade war, for now. For the Chinese that may be far more important.

Chinese relief may only be temporary. As Donald Trump tweeted at the conclusion of the Mar-A-Lago summit:
“Tremendous goodwill and friendship was formed, but only time will tell on trade.”