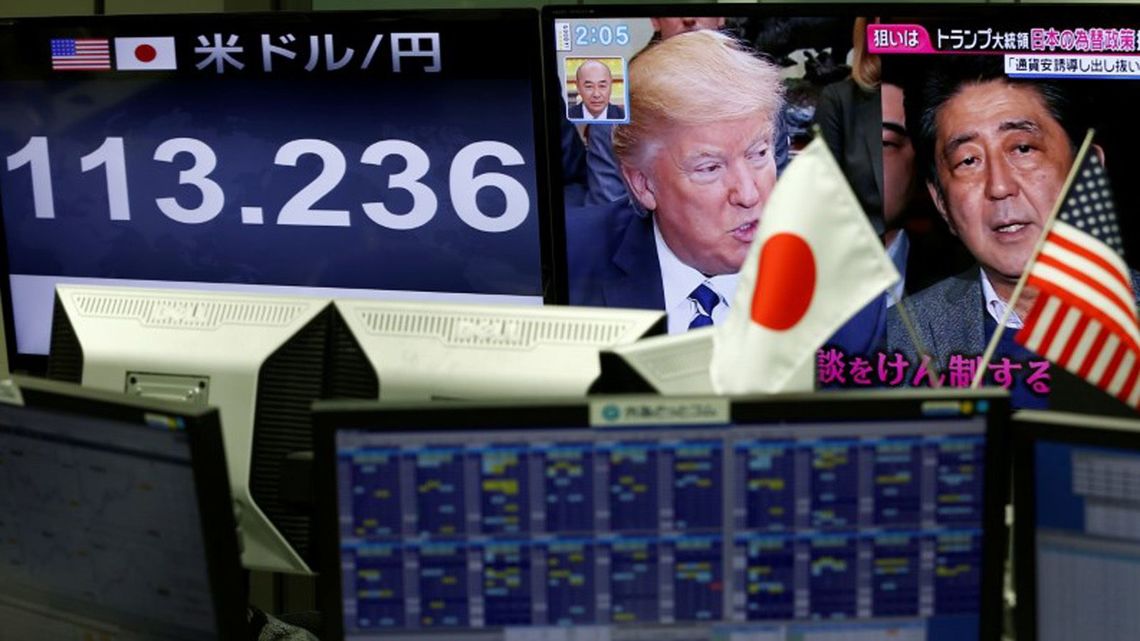 Japanese Prime Minister Shinzo Abe got even more out of his February 19-20 summit with President Donald Trump than he had expected. The question is how long this apparent honeymoon can last, given the anti-Japan mood of much of Trump’s voting base.

Abe got virtually all of the affirmations on security issues that he sought, e.g., a repeat of Barack Obama’s commitment to defend Japan if China tried to seize the Japanese-controlled Senkaku Islands in the East China Sea.

This article originally appeared on The Oriental Economist

In addition, through a masterly use of deflection, Abe avoided being “bashed” by Trump on any of the issues on which Trump had lambasted Tokyo prior to the summit. Indeed, according to the Japanese press, “Sources present at the meeting [say that] Abe led the conversation while Trump remained mostly a listener.”

Prior to the summit, Abe cleverly enlisted Japanese multinationals to put together a list their already-planned investment projects in the US so that Trump could, if he wished, issue tweets claiming to have convinced Japan to create 700,000 new American jobs.

It is not clear how much time, if any, was spent on Trump’s pre-summit accusation that Japan was “playing the devaluation game” on its currency, the yen, to win exports at the expense of American jobs.

However, there was no mention of currency issues in the joint communique and no criticism from Trump on the yen or any other trade issue at their joint press conference. Trump merely said that, “I believe that we will all eventually—and probably very much sooner than a lot of people understand or think—be at a level playing field.”

But that was in response to question about China; he did not refer to Japan. Abe pointed out that the President had agreed to have currency issues handled by the US Treasury and Japan’s Ministry of Finance, as in the past, a format is far less likely to lead to US pressure.

Abe also deftly avoided Trump’s notion of a bilateral Free Trade Agreement (FTA) in which binding rules against alleged currency manipulation would be a prominent feature. Japan has a lot more to lose than to gain from any bilateral FTA. For Japan, the whole purpose of the Trans Pacific Partnership (TPP) was to get the US to play a more activist role in the Asian rules of the game as a counterweight to China.

That’s the only it gave the US assorted concessions on agriculture while allowing the US to take 25 years to eliminate its 2.5% tariff on Japanese cars and 30 years to eliminate its 25% tariff on Japanese trucks—longer periods than for other countries. Instead of the bilateral FTA, Trump accepted Abe’s proposal that the two nations create a new format for “economic dialogue,”—led by Vice President Mike Pence and Japanese Deputy Prime Minister Taro Aso—to discuss issues like monetary policy, trade and cooperative projects. The plan seems to have worked.

There was no commitment to negotiating a bilateral FTA in either the communique or the press conference. There was a vague reference to a “bilateral framework” which Abe said referred to the Pence-Aso dialogue but some on Team Trump may think refers to a possible FTA. The Prime Minister’s office is well aware that, as Governor of Indiana, Pence had a good relationship with Toyota, the very firm Trump had blasted in a tweet for its investments in Mexico.

At the press conference, Trump even thanked Japan for hosting US defense bases in Japan, a far cry from his threats during the campaign to withdraw US forces unless Japan paid 100% of their costs.

The problem for Abe is that Trump cannot permanently abandon his tough trade posture with Japan (and others) without being tagged as a phony by the blue collar voters in five pivotal “rust belt” states that made him President by switching those states from the Obama column in 2012 to Trump in 2016.

The problem for Trump is that he cannot deliver on his promise to end trade deficits and “bring back” jobs supposedly taken by Japan and others. Trump has told these voters that the only reason Japan and other countries run big, chronic trade surpluses with the US is that they “cheat,” through what Trump called “the currency devaluation game” among other techniques. Trump says he can get them to stop “cheating,” e.g., get the Bank of Japan (BOJ) to stop pushing down the yen by creating lots of money.

The theory spouted by Trump was laid out in a pre-election paper by Wilbur Ross, Trump’s nominees for Secretary of Commerce and Peter Navarro, director of Trump’s National Trade Council. In their paper, Navarro and Ross asserted that, “According to textbook theory, balanced trade among nations should be the long-term norm, and the chronic and massive trade deficits the US has sustained for over a decade simply should not exist.

This textbook state of balanced trade would exist because freely floating currencies would effectively adjust differences in national domestic cost structures to bring about balanced trade.”

In fact, standard economics says no such thing. But this “alternative theory” allows Trump to claim that getting the BOJ to stop weakening the yen would eliminate much of the American trade deficit with Japan. The reality is that the BOJ does not control the yen rate. The BOJ has tried to do so, and has failed. The BOJ, along with followers of Milton Friedman, believe that, if a nation’s central bank pumps up the money supply sufficiently, it can weaken its currency. In fact, the money supply is a very poor predictor of the yen’s value.

Today, the BOJ continues to create planeloads of money, but markets are far stronger than either central banks or Presidents, and the yen is up 10% vis-à-vis the dollar from mid-2015. Besides, Japan has run a trade surplus with the US for decades, whether the yen was strong or weak.

Let’s look at what would happen to US auto jobs if there were no trade deficit with Japan, Mexico, or anyone else. Auto jobs have fallen 30% since 2000, but productivity growth, not trade, is the “culprit.” During 2000-15, the price-adjusted US output of autos and auto parts rose 44%.

Suppose there had been no trade deficit at all, but auto purchases by Americans remained the same. In that case, auto output would have risen 50% instead of 44%. The main reason jobs fell is that, in 2015, the US could produce that 44% additional output 30% fewer workers. If Americans had bought the same amount of cars and trucks but there had been no trade deficit, jobs would have fallen 27%, instead of 30%. In fact, they would have bought fewer autos because, without the import of vehicles and parts, autos would have cost a lot more.

Faced with data like this, Navarro and Ross retort, “To those who would blame automation for the decline of manufacturing, one need only look at two of the most technologically advanced economies in the world, those of Germany and Japan…Despite declines in recent years, Germany still maintains almost 20% of its workforce in manufacturing while Japan has almost 17%.” What they fail to mention is that the 20% figure for Germany is down by half from the 1970 level and the current 16% figure for Japan is down almost a third from its peak of 27% in 1973.

Launching a trade war, e.g., sky-high tariffs, would make things even worse for the blue collar workers who voted for Trump. Delicate supply chains built up over decades make many American firms dependent on the imports that come from Japan, Mexico and China, e.g., the two miles of copper wire harnesses that US automakers import from Mexico.

A trade war would disrupt this supply chain, bankrupting tens of thousands of firms and putting hundreds of thousands of people out of work. This is a classic case of the proverb: be careful what you wish for.

If Trump recognizes this reality, he will try to give his supporters the “show” of having done something without launching an actual trade war. If he lives in the world of what his aides call “alternative facts,” no one knows how far he will go. What is clear is that US law, such as Section 301 of US trade law, allows a reckless President to act unilaterally, giving him the power to create a lot of damage.