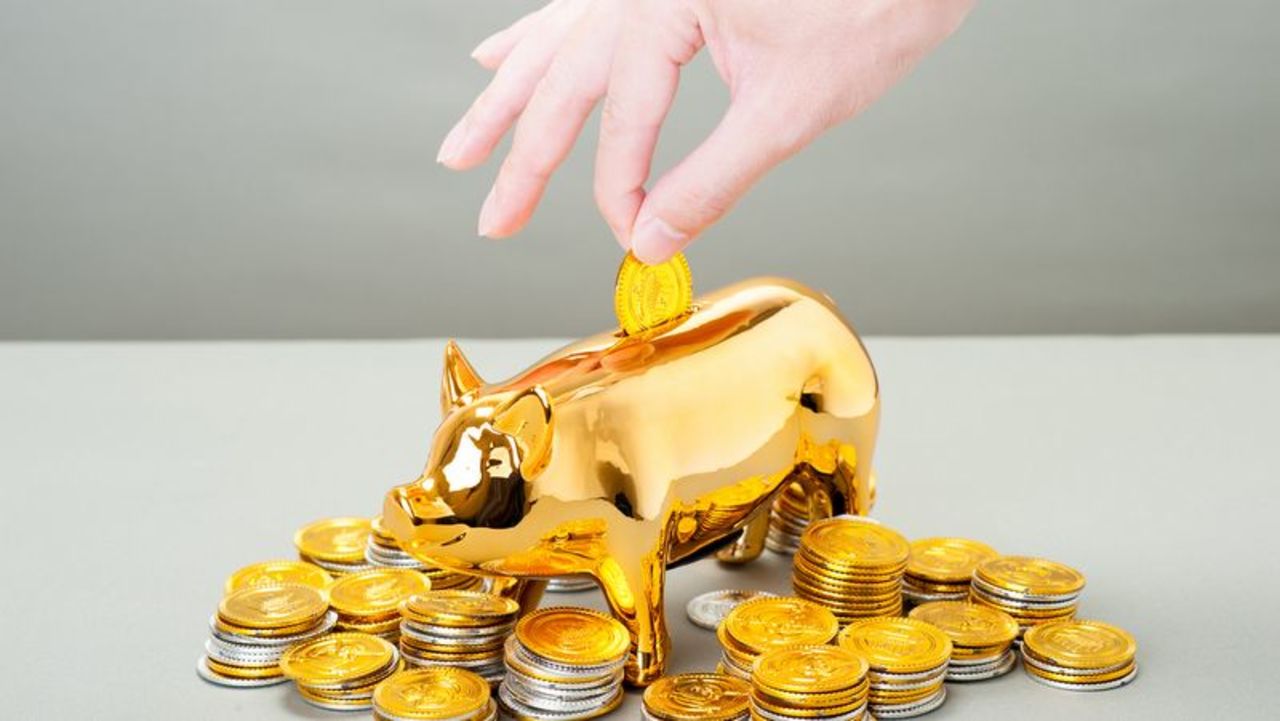 For the past few months, millions of viewers in Japan have been glued to the serial TV drama “Shitamachi Rocket,” which empathizes with the struggles of a small local factory competing against established major firms.

In an easy-to-relate-to, David vs. Goliath scenario, the factory leverages its competitive edge with the development of an ultra-high-precision component that proves to be irreplaceable, compared with other similar alternatives for flying a rocket or successfully operating an advanced medical instrument.

Yet due to its limited track record compared to that of the big players, this underestimated factory is often strapped for cash. The factory’s difficulties leave the viewers with a strong impression about the cold reality faced by an underdog that finds it difficult to develop projects because of its low profile.

Similar to ordinary households, companies ultimately cannot survive if they continue to be short of money. As this year nears its end, households typically get the urge to go on a shopping spree. Likewise, financial and accounting teams often get busy around this time of year, securing sufficient funds to ensure that their companies maintain fiscal health.

An index that indicates how healthy a company is financially is “net cash,” which is what remains of the total cash, deposits, and short-term investment securities holdings after deducting interest-bearing debts. Net cash is, essentially, the cash reserves a company has on hand. The more net cash a company has, the company will not only be considered to be healthier financially, the company will also be seen as more resistant to recession.

We studied the latest financial standing of listed companies in Japan by calculating their “net cash” from the figures reported in their most recent financial statements (excluding the advances received, which are, essentially, their debts) and ranked the top 200 “cash-rich” Japanese companies based on the result of this calculation. For the top 10 “cash-rich” companies, the variance in net cash from the same period last year and the fluctuation of their ranks have also been disclosed.

This year again, the top position was retained by Fanuc, a manufacturer that holds the largest global share in numerical control systems for machine tools. It is also one of the largest makers of industrial robots in the world.

Since the company has no interest-bearing debt, the total net cash of Fanuc, as of the end of March of this year, amounted to 935.6 billion yen (about 7.8 billion dollars), which turned out to be 55.2 billion yen (about 460 million dollars) more than the amount in the previous fiscal year, thanks to the rise of its share value that pushed up the total value of its short-term marketable securities.

The company that came in the second place in the “cash-rich” ranking was Nintendo, the longtime leader of the Japanese video game market in both the hardware and software sectors. But many know that its market leadership is not as stable as it used to be.

For several years, this company has been struggling with the sales of its strategic home-use game console “WiiU.” It is still unable to shift smoothly to the new business model designed to reap profits from smartphone users who are becoming mainstream gamers. As a result, in fiscal 2011 ending in March 2012, its deficit reached the level of several tens of billion yen and stayed mired in a serious slump in fiscal 2013 ending in March 2014 as well.

Ranked as the third cash-richest company was Shin-Etsu Chemical, followed by Sony and, last, by Fuji Heavy Industries. Among them, Sony draws particular attention, considering the alleged slump in business for some years that led to the ballooning of its interest-bearing debts estimated to have reached 1.1 trillion yen (about 91.7 billion dollars). But the top executives do not seem to be worried much about this extremely heavy debt, as evident from the latest fiscal report that indicated that the company holds far more cash, deposits, and short-term marketable securities to maintain its financial soundness.

In the fall of 2008, the financial crisis triggered by the bankruptcy of U.S. investment bank Lehman Brothers rippled across the Pacific and caused many Japanese companies to collapse, including those that were operating in the black. These companies were making profits on the books but could not sustain their business due to the rapid tightening of their cash flow.

What this implies to the contrary, is that no matter how poorly a company is doing or how long a company is operating in the red, it can manage to survive as long as it has enough cash to keep its business running. This scenario clearly suggests that increasing cash reserves is perhaps the best prescription for the top executives as well as the members of the financial and accounting teams of any company to tranquilize their anxiety level and sleep well at night.

Nevertheless, the top management should not stay content simply by piling up net cash because it is not a panacea for sustainability. Unless the cash reserves are effectively utilized for investment in growth areas or as dividends returned to the shareholders, the executives may lose the confidence of the market in them as competent corporate leaders capable of ensuring sound financial management. 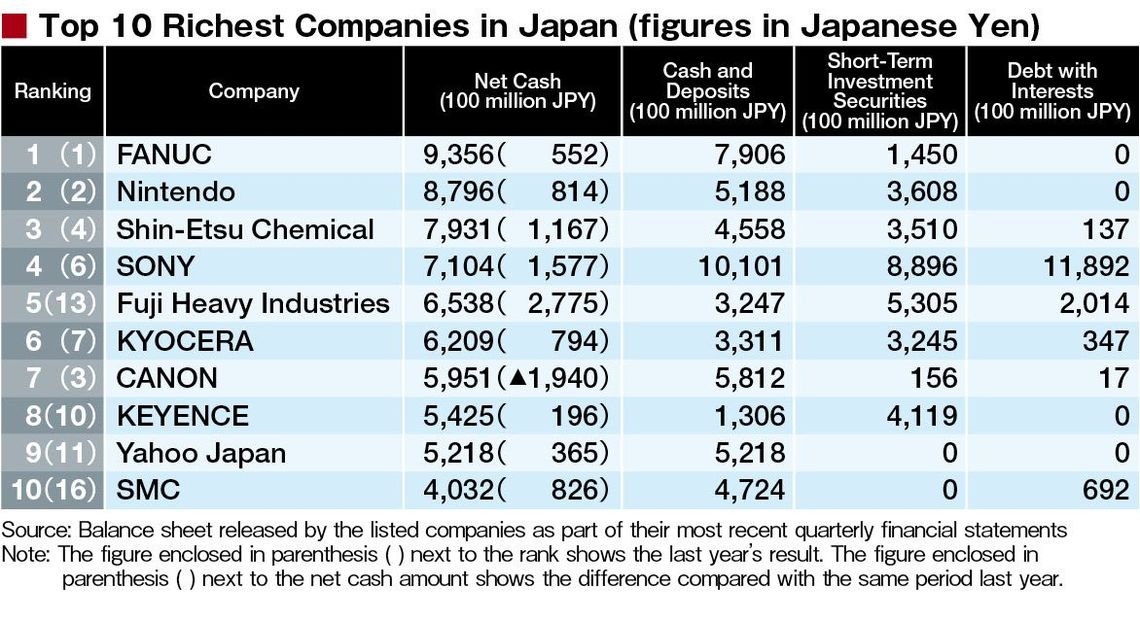 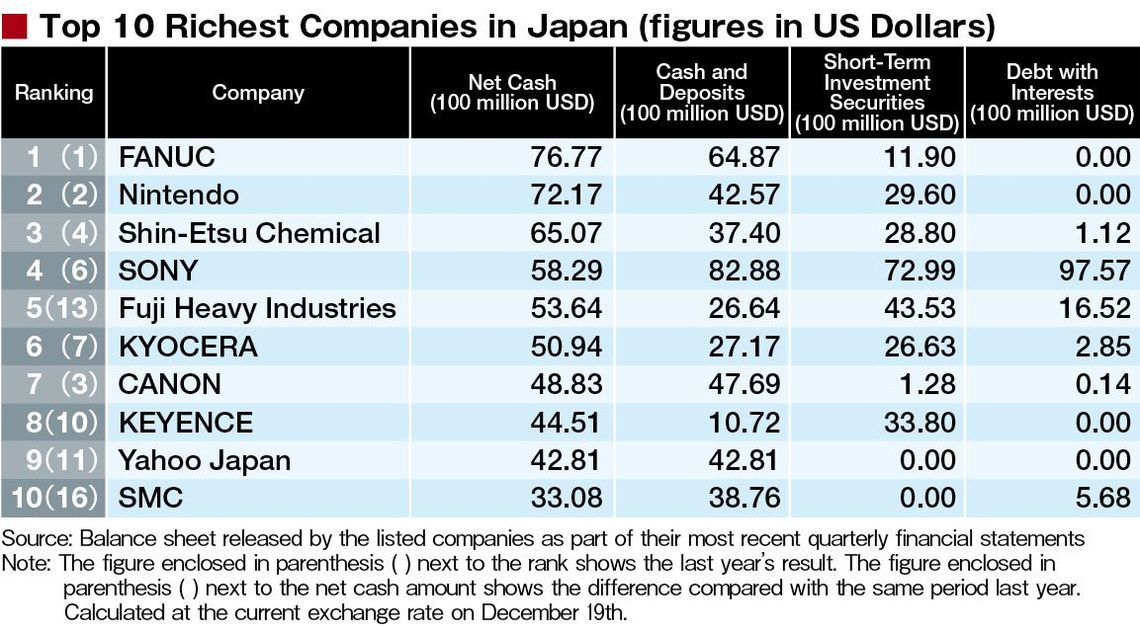 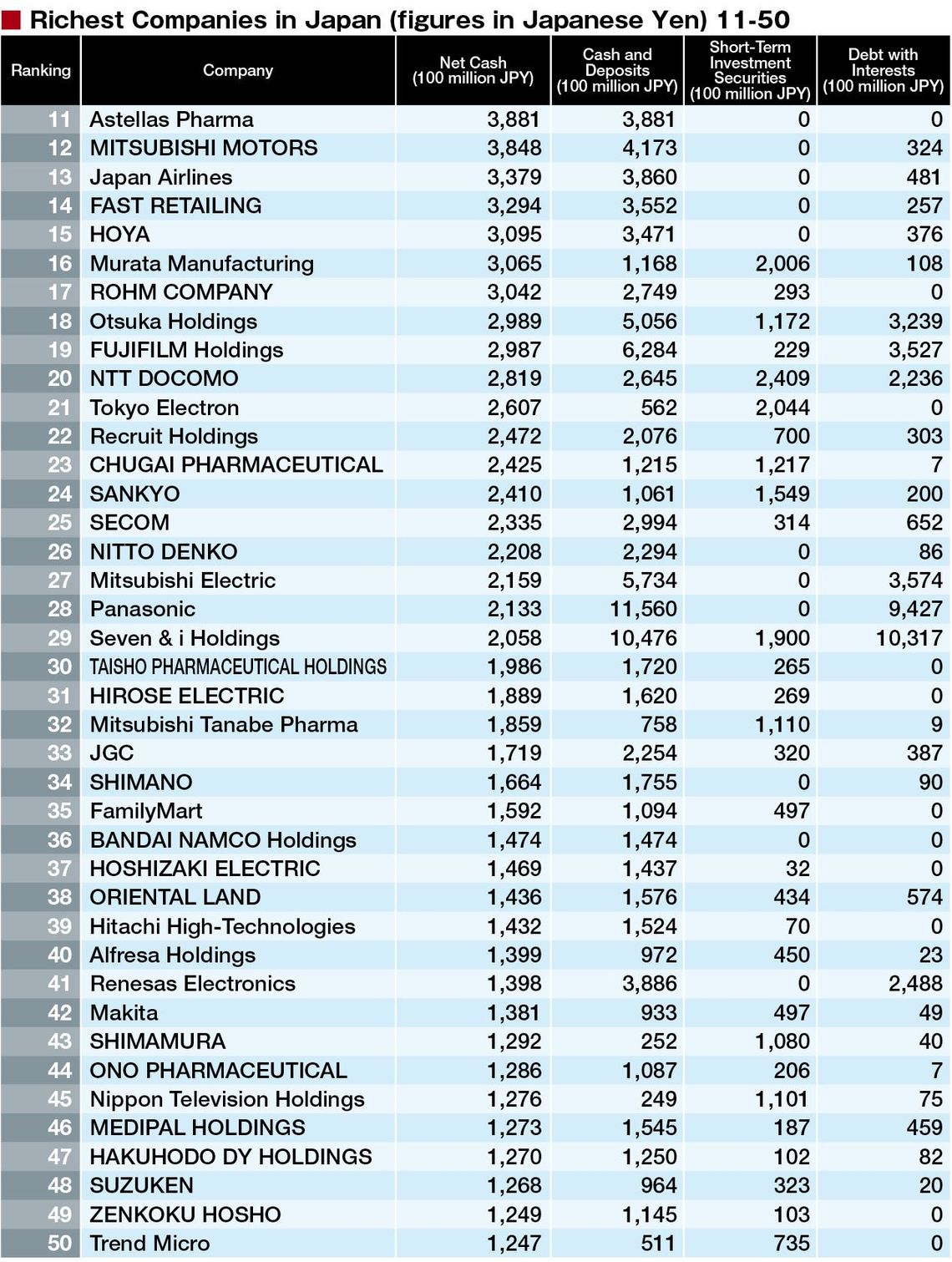 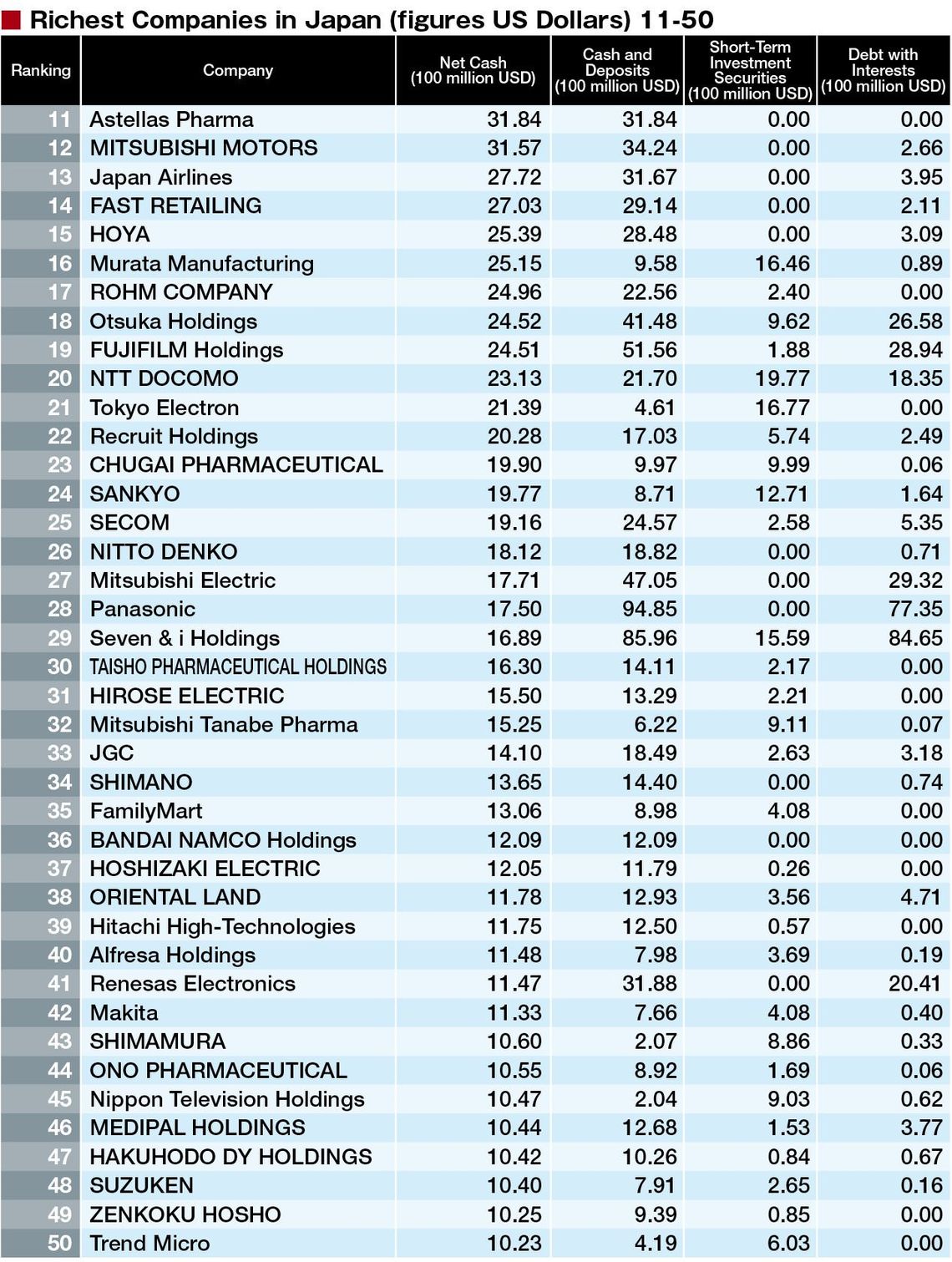 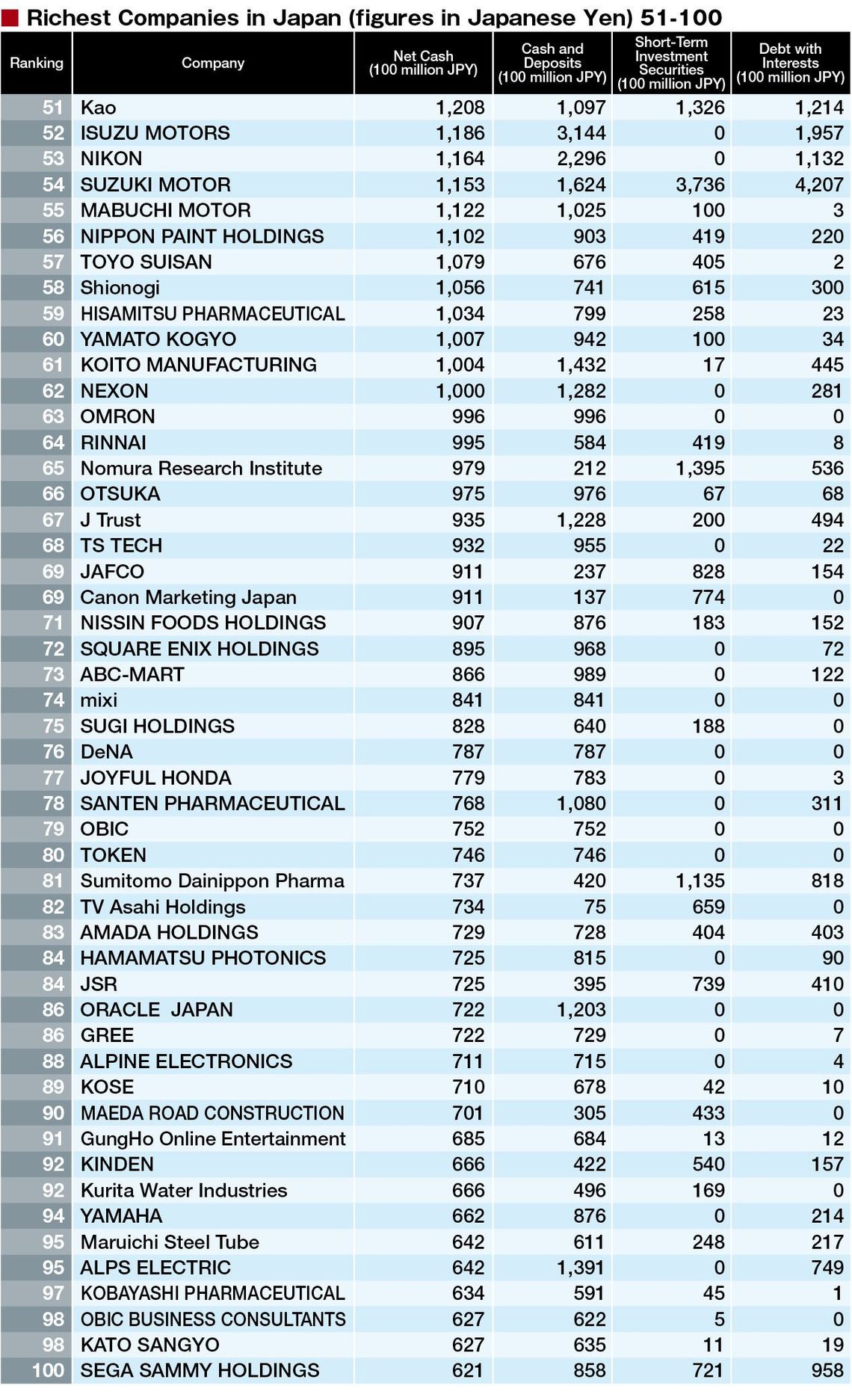 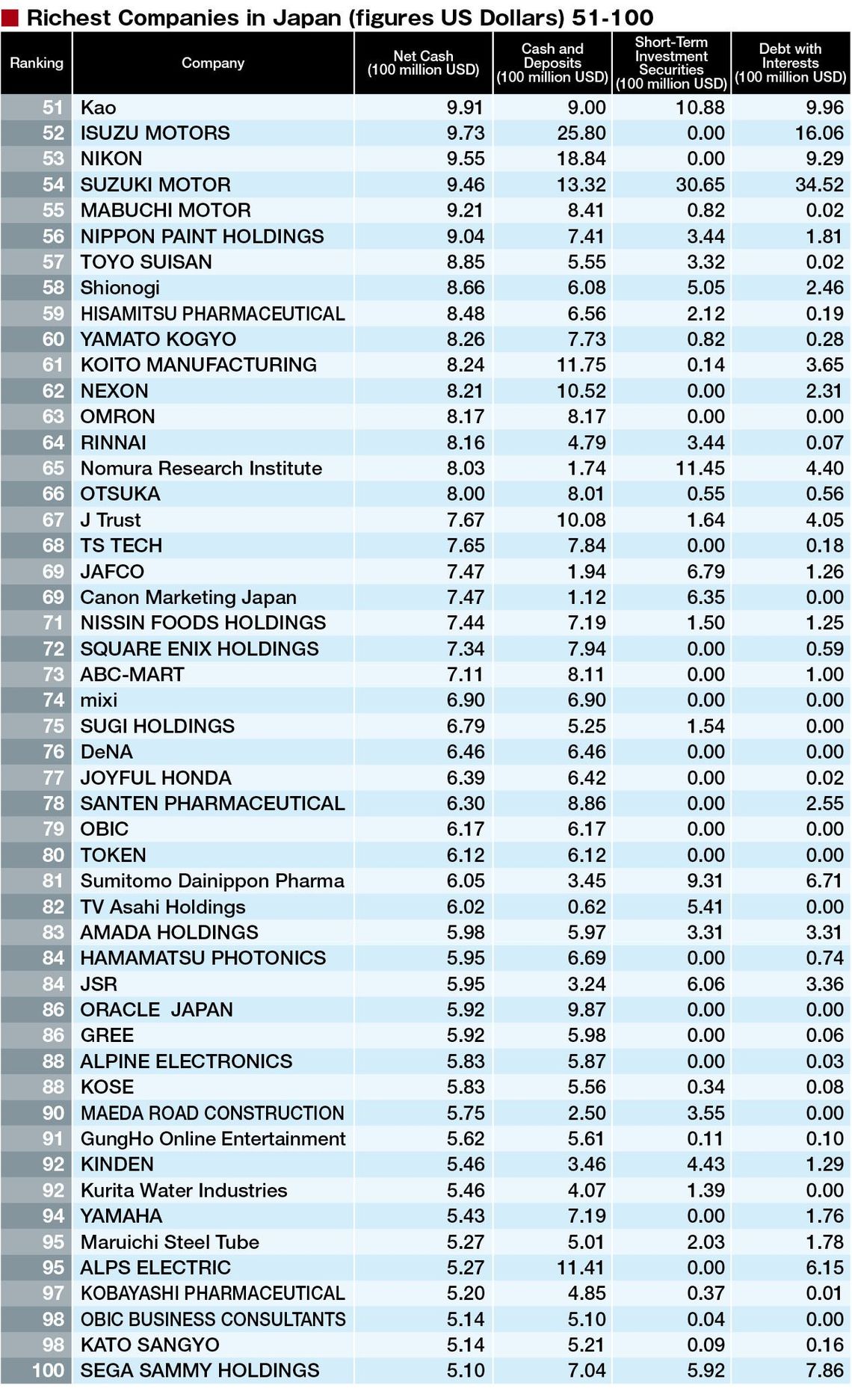 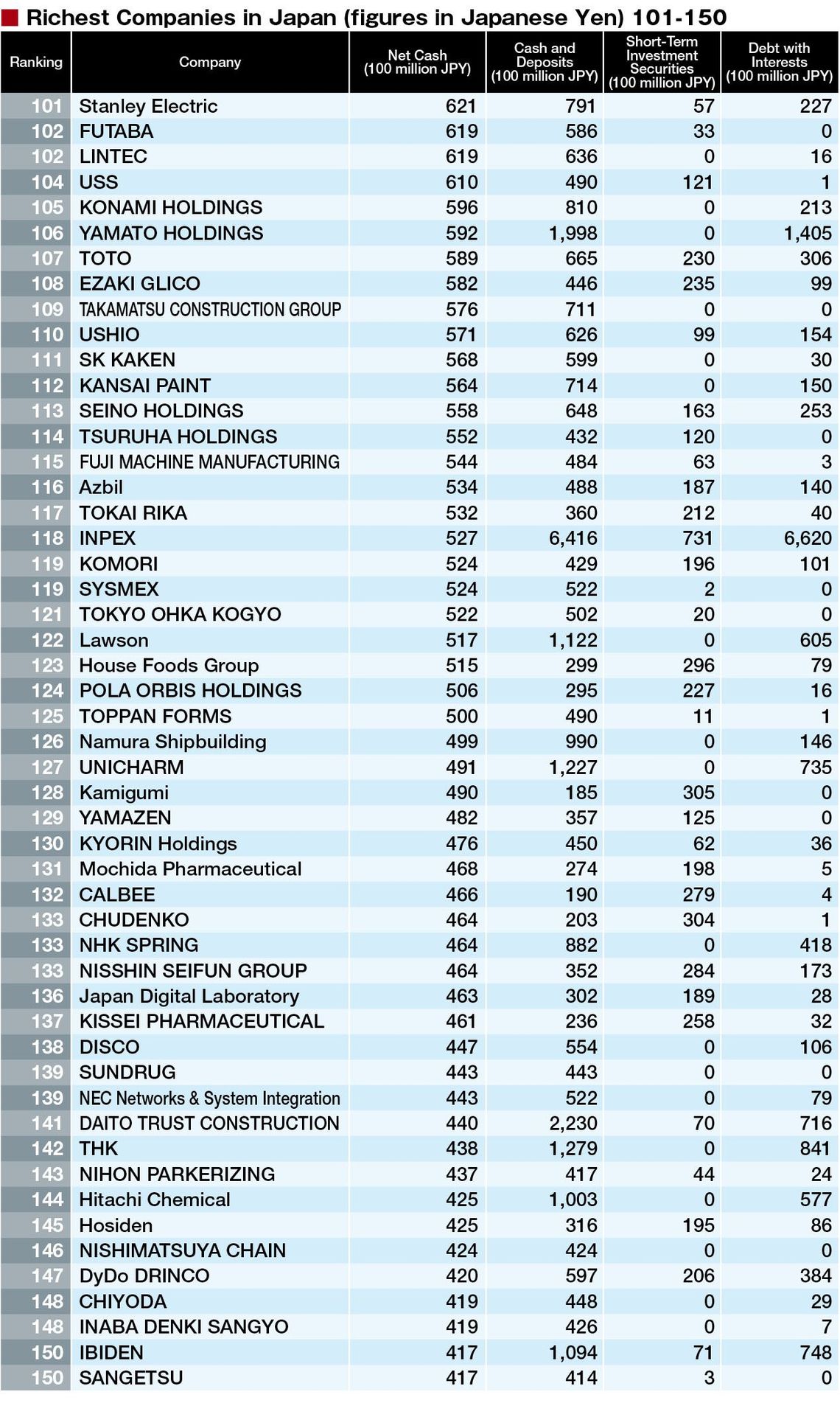 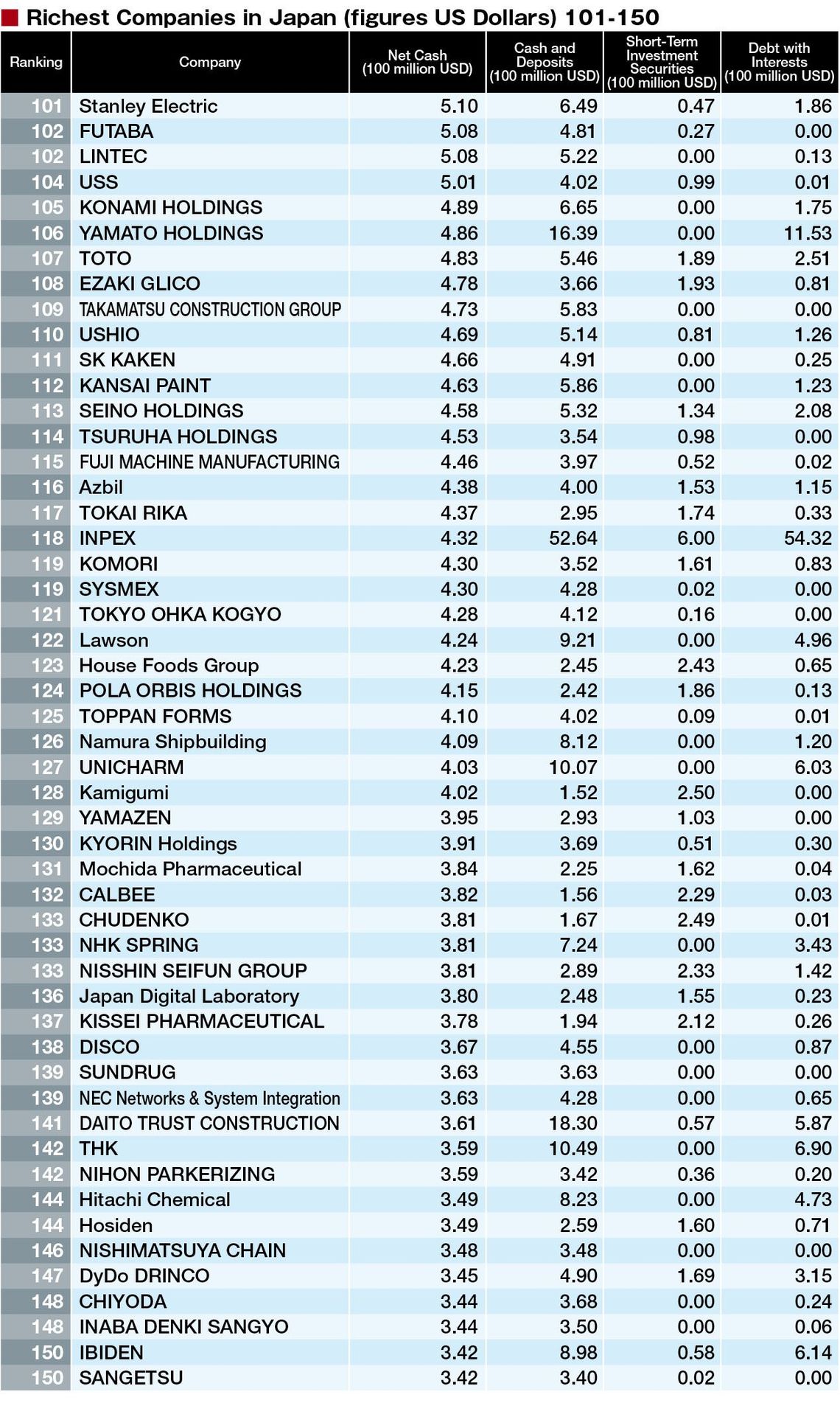 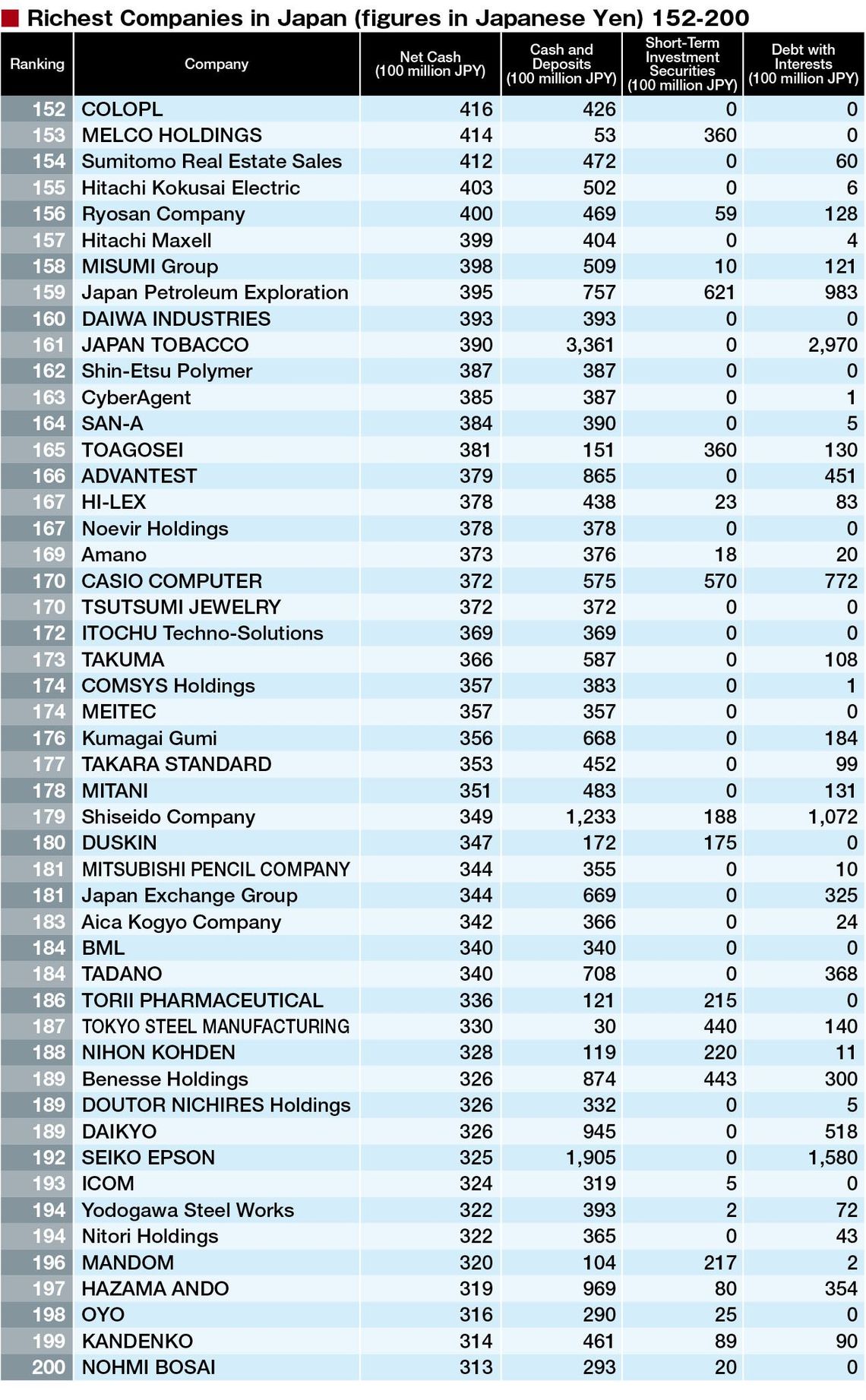 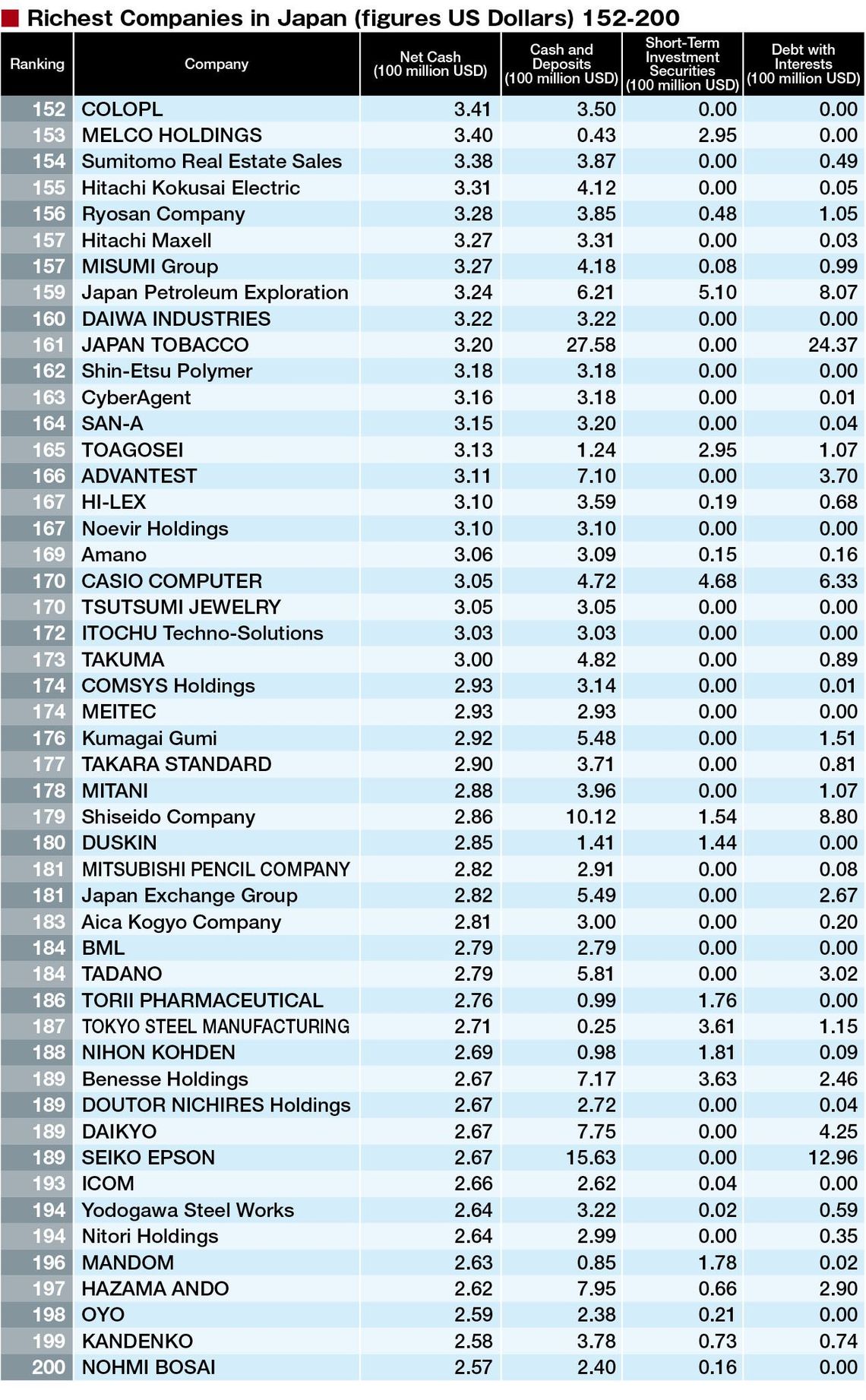