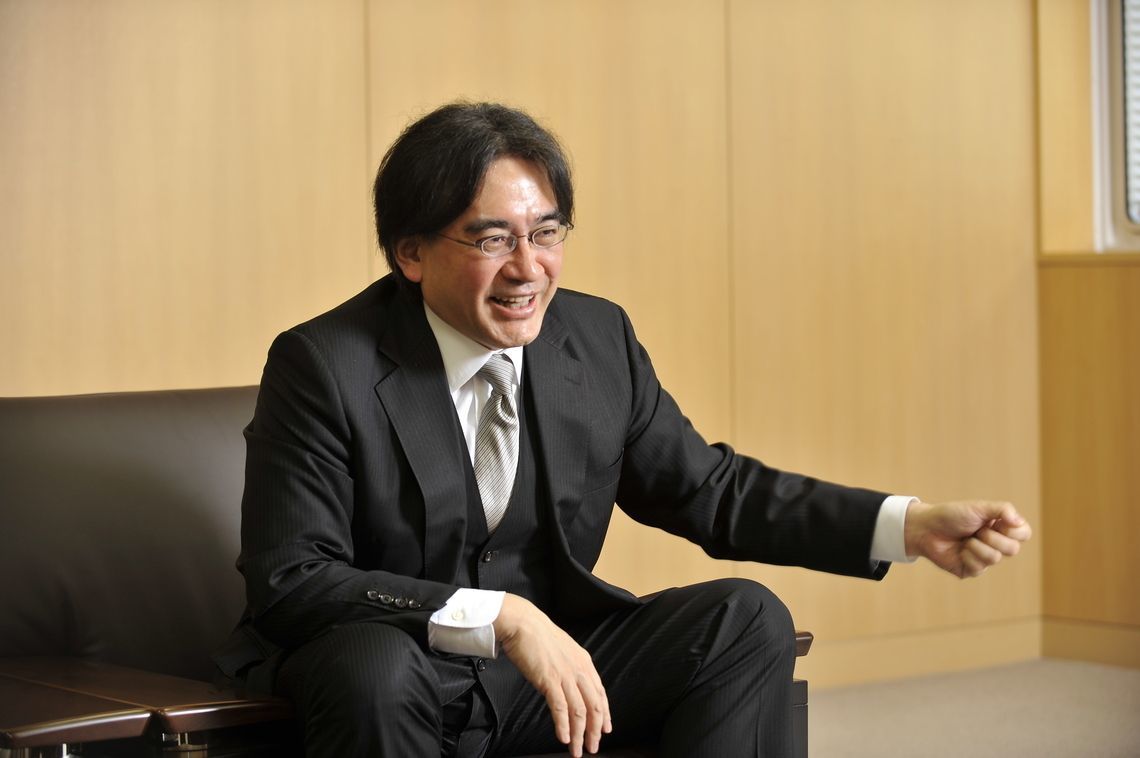 Satoru Iwata, the president and CEO of Japanese game console maker Nintendo, shook the world with his sudden death on July 11. He was a calm and amiable person, as he appeared to be. I never saw him lose his composure while fielding questions from reporters in press conferences, no matter how bitter and tough some of their questions might be.

His composed demeanor in public remained the same in person as well. But there was one exception. That was when he started talking about games. This was a topic that instantly turned him loose and provoked his emotional outpouring. I am quite sure that any reporter who ever had a chance to speak with him directly would be drawn and overwhelmed by this passionate side of his personality.

While I was working in Osaka from April 2012 to March 2014, one of my regular assignments as a reporter was to cover Nintendo.

What was his favorite game?

In July 2013, I got an opportunity to interview Iwata in the company’s head office in Kyoto. During the interview, I suddenly remembered he had once said that "my business card says I am the president, but I am still a game developer in my head and a gamer at heart.”  Although it wasn't really related to the topics we were discussing on the day, I could not help asking him this question.

“Iwata-san, as a gamer at heart, which software (game) do you like the most?”

This was what he said.

“Ummm…that’s a difficult question. I was a game developer myself, so I have special attachment to all the products that I was deeply involved in as a programmer or a producer, whether it’s “Kirby Super Star (known in Japan as Hoshino no Kirby)”, “Earthbound (MOTHER 2)”, or “Super Smash Bros. (Dairanto Smash Brothers)”. So it’s pretty hard to name only one.”

“I look at all these games that I produced at very close range, as if they were my children, so to say. The proximity of my perception therefore differs from other people. When I was developing them, I was working almost every day (all night long) till I saw the sun rising over Mt. Fuji. So when I think about them, the memories of those creative endeavors come flashing back altogether as one set―about how I came up with the original concept, what I was thinking at the time to shape it into a tangible form, what portion of these thoughts actually reached the customers and what didn’t, and what kind of struggles and dramatic events I went through during the development process―you know, things like that. These emotions clearly separate my way pf perceiving them from any other person who can get fascinated in these games strictly as one of many ordinary players.”

“So it’s not easy to say which game I like the best. As a creator, it became habitual for me to think about why a certain product became such a huge hit, or on the contrary, why another game that I thought was really fun to play couldn’t gain that much support and attention. Perhaps. I am not enjoying these games in the same way as ordinary customers who buy those products to get a thrill out of them. That’s because I’m enjoying them as a part of my job.”

“Let’s say, I go to Disneyland. In the extreme case, I can’t be a visitor who simply gets excited experiencing an attraction. Instead, I tend to put myself in the shoes of those who created it. That has become my habit. Even when I am watching a movie, I can’t help but imagine what may have been going through the mind of the filmmaker in creating a particular scene. My head starts spinning in that direction instantaneously even though I’m not a specialist of motion pictures.”

Since these relaxed comments were made during the interview I conducted at the time when Iwata was drawing a lot of media attention for boldly announcing publicly that “We will aim at achieving 100 billion yen in operating profit and that’s our commitment”, this part of interview never got published.

But they continued to stick in me even after I was released from my assignment as a beat reporter of Nintendo, because they so vividly reflected the personal side of him. Beneath the mask of a company’s top leader was a man who truly loved making games and playing them wholeheartedly.

I also can’t forget the final remark he made before I left his office after this interview. “You know you asked me about my favorite game? I’m sorry I wasn’t able to answer that question properly. Because it was tossed at me all of a sudden, I couldn’t come up with a clear-cut answer right away. I’ll have the answer ready for you by the time I meet you again.” He was such a mindful man.

A true entertainer at heart

Iwata’s mindfulness was also revealed after he finished announcing the financial statements in Osaka Securities Exchange. Unlike most top leaders who would leave the site right away after the press conference was over, he stood around chatting with reporters as long as he could.

He continued to engage in the informal chat until one of his aides warned him with a shrieking voice saying “It’s about time you leave here sir, or else you’ll miss the Shinkansen (bullet train)!”

Whenever we saw him for an interview, he would always have some interesting stories prepared for us beforehand. He was a man who would think “I should provide them some kind of a new topic since they came all the way to meet me.” He did not only specially treat reporters like that, but did that to everybody. He was by nature a man who liked to entertain people with such hospitability.

Now that he has left his job for good and arrived at the pearly gates, he must be playing his heart out, indulging in all those “games he loved so much” as a genuine gamer. Or maybe not. Considering his professionalism, he may still be absorbed thinking this and that about the next plan on how he can make a game even more fun to play.