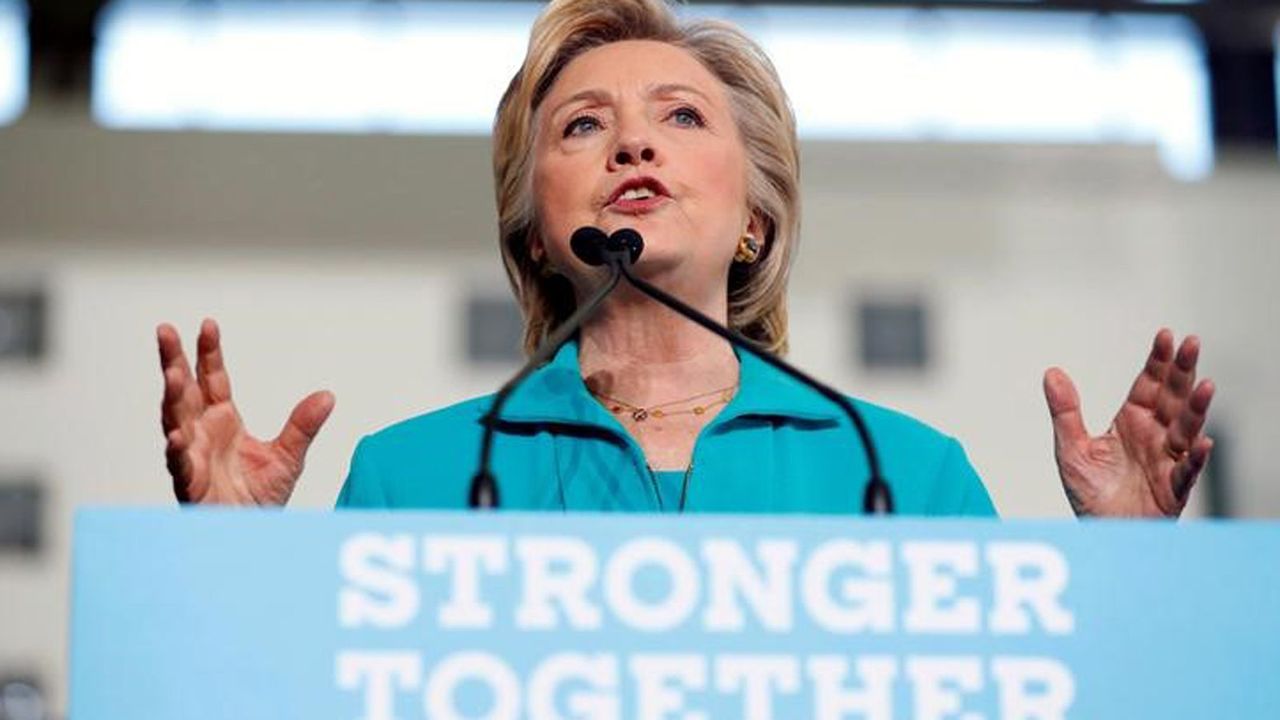 Michael Green worked for President George W. Bush on the staff of the National Security Council (NSC) during 2001-05, where he was in charge of affairs in East Asia and South Asia. He was one of 50 security officials in Republican administrations who signed a letter on August 8 saying that Donald Trump “lacks the character, values and experience” to be President and “would put at risk our country’s national security and well-being.” Then, on August 8, he was one of eight former Republican security officials dealing with Asia who went even further and endorsed Hillary Clinton.

Why did you endorse Clinton?

In a Clinton versus Trump contest there is no question who should win if you are a conservative internationalist--and I saw a protest vote for a third candidate as a cop-out. So I hope Clinton wins, but also that the Republicans keep the Senate to ensure sufficient defense spending and support for free trade, both of which are critical for our Asia policy.

During the primaries, I worked for Jeb Bush, and I briefed him on Asia. I was never going vote for Trump or work inside his Administration, but for a while I still felt willing to advise the campaign, or his transition team if he won, on the importance of our alliances and trade. In fact, like some others, I was asked by very high level government leaders in Asia to try to preserve that option, because they wanted someone to be able to explain to his people how alliances and trade and American interests work in Asia.

However, traveling abroad for months really brought home how much damage Trump had already done to our credibility in Asia. So, [former State Department legal counsel] John Bellinger and others began circulating a letter saying that Trump was dangerous and reckless and not going to change. The authors of that letter were not neo-conservatives; they were not the architects of Iraq invasion. These were real no drama, non ideological professionals. And now we have this new letter from Asia experts. I expect some former Secretaries of State will speak out as well.

Is his basic problem that he has lousy ideas, or is it deep-seated character flaws?

All of our recent Presidents had some bad ideas, but they studied the world and they adjusted. Trump, by contrast, has a personality that is recklessly narcissistic and ignorant. Every morning, Trump gets up, has his office Google his name and print out the top roughly several dozens of pages about him, and that’s what he reads. Then, he starts Tweeting. Despite his kids and his advisors saying “You have to study issues,” it’s very obvious he hasn’t made any effort. None of his so-called advisors have briefed him.

The good news is that our divided form of government [Congress vs. the President], which produces so much frustrating gridlock, would also prevent Trump from becoming a dictator. If he were to win, the ship of state would largely continue in the same direction. However, because he is the President of the United States, what he says, or how he reacts to crises, will remain very dangerous.

I looked at the President’s to do unilateral things on trade, and he has quite a lot. So, I think he could do a tremendous amount of damage.

On trade, the President has enormous authorities under Section 301, the National Security provisions, and so forth, to impose sanctions and do other things. But, at the end of the day, the Congress will pass laws and the Congress controls the budget. It would be ugly and chaotic.

All sorts of Americans traveling abroad, even tourists, keep getting asked by people in Japan, Europe and so forth: “How could this have happened in the first place?”

One narrative that seems compelling is that, “People are distressed because wages are flat for the middle class.” But there is a lot of academic research and exit poll analysis that shows that economics are not the main reason people support Trump. So, economics doesn’t seem to be the whole story.

Another explanation is, “There has always been a level of nativism and even racism in American politics. And it’s exploding now because of social change.” But actually, illegal immigration is down the past few years.

I went to Kenyon College, which was a conservative kind of liberal arts college. And a lot of my classmates, who are doctors or small businessmen, were all for Trump three months ago, but now they are all walking away from him. Trump is losing support among college educated white males. On the other hand, he still does fine with whites with less college education.

The Trump phenomenon is not unique to the United States. The Brexit vote, a lot of what you see in Europe, nationalism in Japan, Korea and China all similarly emanate from issues of identity and status anxiety. And in fact, the US is better conditioned to have a check against authoritarianism in our constitutional system that some of these other countries. But, given America’s role in the world, it is uniquely consequential when this happens in the US.

One dimension ignored by the media is that Republican voters believe in American “exceptionalism,” American strength and American leadership. Trump has told them that, “We are losers, but, under me, we are going to win again.” That same frustration is what elected Ronald Reagan and George W. Bush.

Neither Reagan nor either Bush wanted to withdraw from the world, as Trump does. Trump almost seems like a throwback to the isolationism of 1930s-40s Republicans.

I agree. But my point is that there is a lot of the frustration with what Republicans and conservatives see as eight years of Barack Obama getting kicked around by the Chinese, by the North Koreans, the Iranians, and ISIS. The current frustration is not that different from that addressed by past Republican Presidents. But this time, the voters are pouring their frustration into a nativist, unilateralist, and reckless character. So, if Trump loses, which seems likely, there is an opportunity for a new Republican leadership to try to capture that mood among the party’s base.

On the national security, especially regarding Asia, Hillary Clinton was quite an effective and good Secretary of State. On the economic side, however, her proposals have moved to the left of where the mainstream Democratic Party used to be. Trump’s economic policy is just completely unrealistic. But, a lot of people who have been signing the National Security letters are not joining the Clinton campaign, in part because she is opposing TPP. And you’ll notice that all of her advisors have gone silent regarding TPP.

I’ve met a number of pro-TPP people who are convinced that Clinton secretly wants TPP to pass—in order to provide a counterweight to China—but she doesn’t want to be blamed for it by her voter base. So, they contend that, during the “lame duck” session, she would very quietly signal to her Democratic allies in Congress not to oppose holding a vote to ratify TPP. I believe this is wishful thinking. What’s your assessment?

Initially, she tried to keep her options open. Then, when Trump won the nomination she and her political advisors decided, “There is no halfway on this. You have to be for it or against it, and we have got to say she is against it.”

What her policy advisors in the campaign say is: “She is going to do a complete review that will be very strategic and take into account the voices that want her to get TPP done.” It’s completely unconvincing. Fortunately, she has not said she would “renegotiate” it. The many internationalists around her are holding out hope that she would get some changes via “side letters,” that don’t require changing the approved text of the agreement itself.

The problem is: will she be able to attract somebody good to be US Trade Representative (USTR) after this presidential campaign? Moreover, there will be a lot of pressure on her from the Sanders people and other anti-TPP Democrats, especially if the Democrats retake the Senate.

Clinton will already come in as the most disliked President in modern history. So, why start off by doing something many of her supporters will see as a betrayal of a promise? While there are certainly benefits from an international perspective to do TPP, its impact on the US economy is minuscule.

On the economy, you are right. In terms of foreign policy and strategy in Asia, not passing TPP would be a huge self-inflicted wound. And so a lot of her people privately think she’ll turn to TPP right away. I think it’s going to be a year or two.

My fear is that, merely by capturing the Republican nomination, Trump will have permanent effects on how politics works in the US even if he loses. It will further crimp America’s willingness and ability to play the role of “benign hegemon” in the world. What’s your view?

It depends on the election outcome. The worst case scenario is that Trump wins. The best case scenario comes if Trump just collapses. There will be some bruises to the political system, but also opportunities to restore confidence in the US.

The Republican Senators, especially the new generation, are very internationalist. They are much more engaged on national security than their Democratic counterparts. Republican Governors are much more internationalist than Democrats.
What worries me more is if Trump loses, but it’s close. In that case, he could start talking about “rigged elections” and fueling more and more resentment. And then he gives out all of these codewords about “gun violence” and “race.” That would be incredibly damaging for the fabric of our society and our image abroad.

We are going through a much larger transition in American politics. It has to do with the postwar social safety net policies not keeping up with globalization, with aging, and with the atomization of our society because of technology. Trump is one particularly bad symptom of this transition.

In political science, we always look at both structural factors and the emergence of this or that individual personality. A lot of what is happening today is due to structural change. But I do think both parties will generate leaders as they have in the past, people like Franklin Roosevelt and Ronald Reagan. Sometimes it takes a decade or two, but we get them.