Trade in a Time of Protectionism 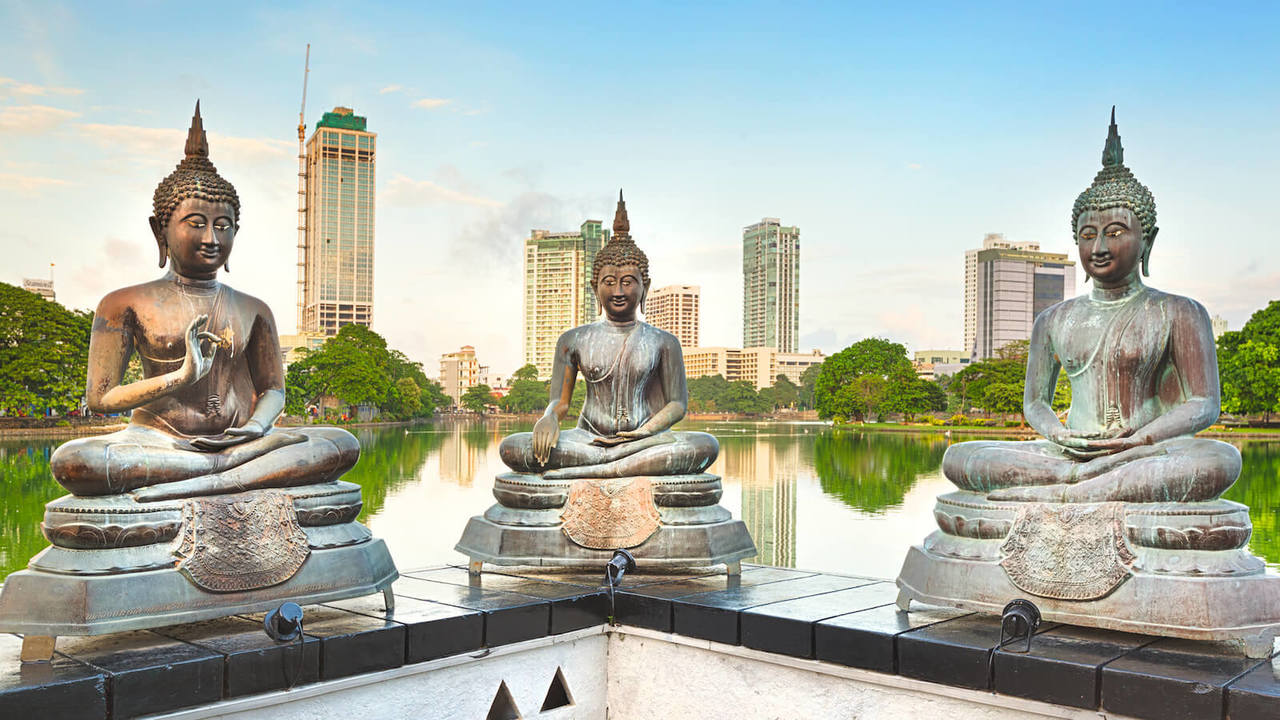 COLOMBO – As China’s economy slows and growth in the developed world remains anemic, governments across Asia are working to keep their economies on an upward trajectory. In Sri Lanka, where I am Prime Minister, the challenge is to find a way to accelerate our already steady economic growth.

One thing is clear: We cannot expect the rest of the world to welcome our economic ambitions the way it once opened its arms to China’s rapid rise as an economic power or – in earlier decades – cheered on the growth of Japan and the so-called Asian Tigers, including South Korea.

Today, we Asians are witnessing, on an almost daily basis, fierce political assaults on the tools and policies that have helped lift hundreds of millions of our citizens out of poverty. Indeed, this year, free trade appears to be the scapegoat of choice among the world’s assorted populists and demagogues.

In the United States’ presidential election campaign, for example, the leading candidates in both the Republican and Democratic primaries have questioned the wisdom of seeking greater openness in world trade. In the United Kingdom, euroskeptics campaigning for the country to leave the European Union denigrate the benefits of the single European market. Elsewhere in Europe, populists are demanding that the drawbridges of trade be raised.

Open trade is under attack even in parts of Asia. Japanese Prime Minister Shinzo Abe had to drag some of his country’s special-interest groups kicking and screaming into the Trans-Pacific Partnership. Similarly, Indian Prime Minister Narendra Modi has been unable to convince state governors to lower trade barriers within the country. And in Sri Lanka, the “economic and technology agreement” that my government recently planned to sign with India, in order to bring about greater economic integration, has come under ferocious political attack.

For the most part, however, Asia’s political leaders retain a very positive view of the benefits of open trade. After all, much of the past four decades of robust growth can be attributed to the fact that world markets were receptive to Asian goods. All we needed to do to get our economies growing, it seemed, was to identify our comparative advantage, produce quality goods at competitive prices, and then export as much as we could.

For decades, this model worked extraordinarily well, and China, Japan, South Korea, and the countries of Southeast Asia benefited greatly from it. Even today, with world trade in the doldrums, regional trade remains a key component of these countries’ growth strategies.

In South Asia, however, we have been much slower to take advantage of the opportunities that can arise from more open trade – with regrettable consequences: The region is home to 44% of the world’s poorest people.

We have an obligation to try to use trade to lift our people out of poverty. But with free trade rapidly becoming a global bugbear, the window for generating growth by tapping into world markets appears to be closing quickly. If trade is to become a key driver of growth in Sri Lanka or elsewhere in the region, we will most likely have to generate it ourselves – by transforming South Asia from one of the world’s least economically integrated regions into one of its most integrated.

Today, intra-regional trade accounts for just 5% of South Asia’s total trade, compared to 25% for the Association of Southeast Asian Nations. This vast untapped potential presents the region with an opportunity for growth that does not rely on the strength of the world economy. Last year, the World Bank estimated that annual trade between India and Pakistan could jump from $1 billion today to $10 billion – if tariffs and other barriers were slashed to levels recommended by the World Trade Organization.

Tariffs and other needless restrictions hobble trade among all South Asian countries. These obstacles were supposed to be swept away with the establishment of the South Asian Association for Regional Cooperation, the largest of all the world’s regional trading blocs, with close to two billion people. But SAARC’s reliance on bilateral negotiations has slowed the process to a crawl, keeping the region much poorer than it needs to be. If SAARC is to succeed, a new multilateral mechanism for cooperation will be needed.

As climate change takes its toll, the stakes will only get higher. Our still largely agrarian countries, with much of their territory in low-lying coastal regions, are dangerously exposed to rising sea levels and violent weather. Receding Himalayan glaciers will disrupt the lives – and livelihoods – of some 600 million people in Pakistan, Nepal, and northern India.

The political obstacles to effective action will be stiff. Indeed, there is political opposition to greater regional economic integration in every SAARC country. But the scale of the challenges facing the region should impel all of SAARC’s members toward greater cooperation.

It is time for SAARC’s member governments to rise to the challenge. By working together, we can lay the foundations of a regional economy as dynamic as that of our neighbors to the east.