Economists on the Refugee Path

a 2013 Nobel laureate in economics, Professor of Economics at Yale University and the co-creator of the Case-Shiller Index of US house prices. His latest book, co-authored with George Akerlof, is "Phishing for Phools: The Economics of Manipulation and Deception." 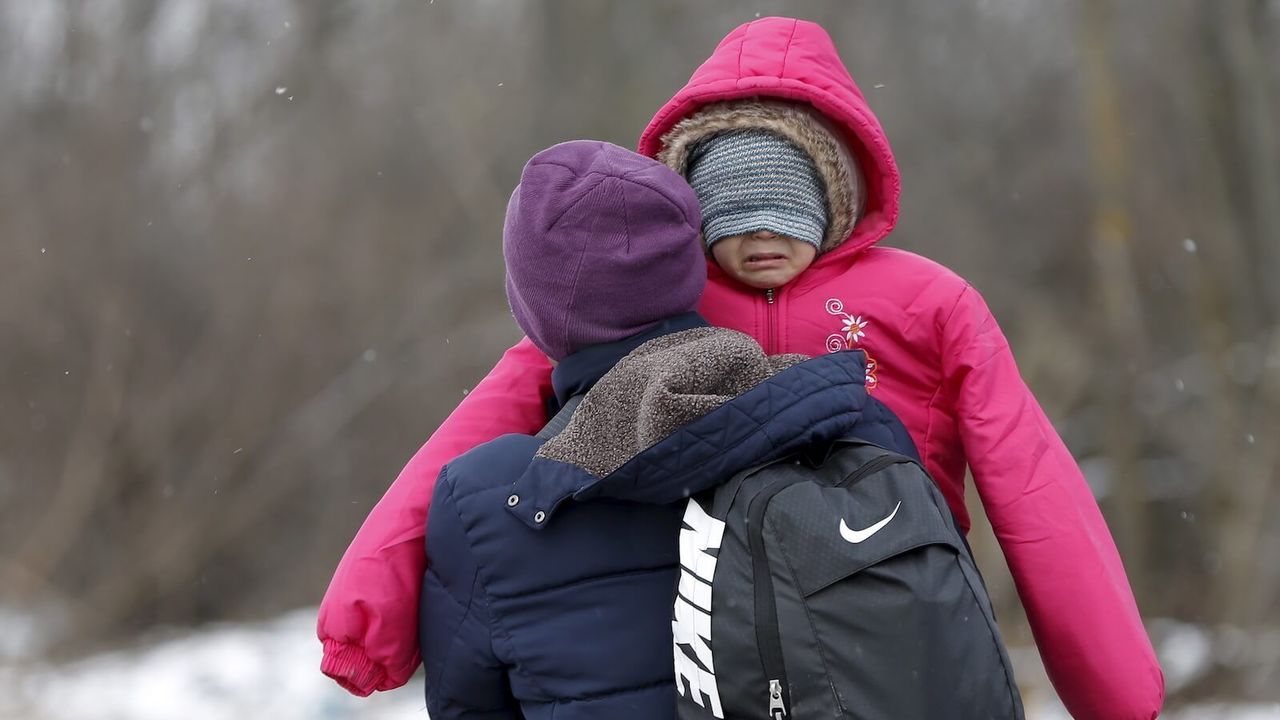 Immigrants on the frozen ground in Serbia (Photo: Reuters/Marko Djurica）

NEW HAVEN – Today’s global refugee crisis recalls the period immediately after World War II. By one contemporary estimate, there were more than 40 million refugees in Europe alone. These “displaced persons,” as they were called at the time, were forced to flee their homes because of violence, forced relocation, persecution, and destruction of property and infrastructure.

The dire postwar situation led to the creation in 1950 of the United Nations High Commissioner for Refugees, which was expected to serve only a temporary mandate, protecting displaced people for three years. But the problem never went away. On the contrary, the UNHCR is not only still with us; it is sounding an alarm.

In its 2015 mid-year report, the agency put the number of “forcibly displaced” people worldwide at 59.5 million at the end of 2014, including 19.5 million internationally displaced, which they define as true refugees. Some countries – Afghanistan, Azerbaijan, Colombia, Central African Republic, Democratic Republic of Congo, Iraq, Myanmar, Nigeria, Pakistan, Somalia, South Sudan, Sudan, Syria, and Ukraine – each accounted for more than a half-million forcibly displaced people at the end of 2014. The report noted that the total number had certainly grown substantially since.

Unfortunately, the report underscores the incompleteness of our understanding of the refugee problem. In fact, throughout history, the fate of refugees seeking asylum in another land has largely been unstudied. Historians record wars, and they mention diasporas, but they rarely show much interest in how refugee crises arose or were resolved.

To the extent that history is written by the victors, that is not surprising. The knowledge that one’s country terrorized a minority to the point that its members had to flee, or that a substantial share of one’s forebears arrived in defeat and panic, is not exactly an inspiring source of national identity. So the stories, unheard and untold, are lost.

That is why we need more research on what can and should be done for refugees in the long term. The UNHCR has been doing an important job in protecting refugees, but it cannot possibly address their needs alone. Its budget of $7 billion in 2015 may seem large, but it amounts to only about $100 per displaced person – not enough to cover even essentials like food and shelter.

As President of the American Economic Association for 2016, I felt a moral obligation to use our annual meeting earlier this month as a setting in which to bring attention to serious economic problems. And the refugee crisis, whatever else it may be, is an economic problem.

But a dearth of papers addressing it had been submitted to the meeting. So I decided to create a session entitled Sixty Million Refugees, and invited some of our discipline’s most distinguished scholars on migration. I asked them to describe the dimensions of the refugee problem in economic terms, and to propose some sensible policies to address it.

One of the papers, by Timothy J. Hatton of the University of Essex and Australian National University, examined refugee flows around the world, to see what drives them. Hatton confronts a popular argument against admitting refugees: that asylum-seekers are not really desperate, but are just using a crisis as a pretext for admission to a richer country.

He finds that, contrary to some expectations, refugee flows are driven largely by political terror and human rights abuses, not economic forces. People in fear for their lives run to the nearest safe place, not the richest. There is no escape from the moral imperative to help them.

Semih Tumen of the Central Bank of Turkey presented evidence regarding the impact of the 2.2 million Syrian refugees on the labor market in the border region. Tumen’s paper, too, takes on an argument frequently used to oppose admitting refugees: that the newcomers will take locals’ jobs and drive down wages.

He found that in the formal sector, jobs for locals actually increased after the influx of refugees, apparently because of the stimulative effect on the region’s economy. If further research backs up this finding, countries might actually welcome the inflow of labor.

Another paper, by Susan F. Martin of Georgetown University, described the arbitrariness of our current refugee procedures, calling for “legal frameworks based on the need for protection, rather than the triggering causes of the migration.” But formulating such rules requires some careful economic thought.

The framers of a refugee system need to consider the rules’ incentive effects on the migrants themselves and on the governments of their countries of origin. For example, we do not want to make it too easy for tyrants to drive unwanted minorities out of their country.

Finally, Jeffrey D. Sachs of Columbia University detailed a major new system for managing refugees. Sachs is concerned with how such a system’s rules will shape the world’s economies in the longer run. He wants such a system to prevent encouraging a brain drain by enforcing a commitment to admitting low-skilled and desperate immigrants, not just those who are highly useful to the host country.

Moreover, the rate of flow must be regulated, and economists need to develop a way to ensure equitable burden sharing among countries.

Under today’s haphazard and archaic asylum rules, refugees must take enormous risks to reach safety, and the costs and benefits of helping them are distributed capriciously. It does not have to be this way. Economists can help by testing which international rules and institutions are needed to reform an inefficient and often inhumane system.